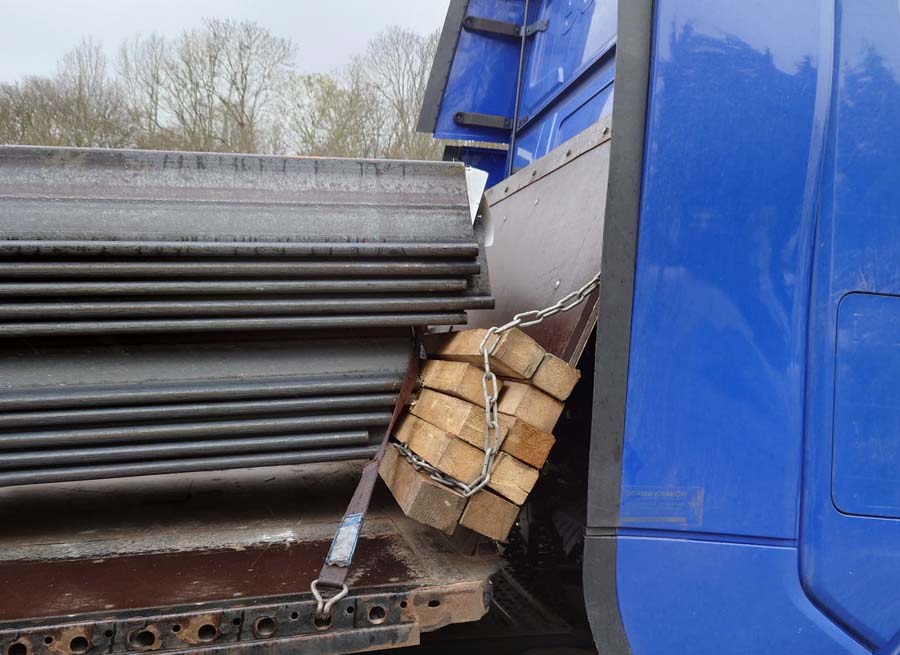 The story is quickly told: A full load of sheet piling weighing 25 tonnes, stacked with spacers. Anti-slip material was used in places, but not everywhere. When the driver braked in normal traffic conditions, this was sufficient to cause the load to slip forward a good 2 meters until the end wall made a fair attempt to slow it down, although the end wall itself bent considerably in the process. 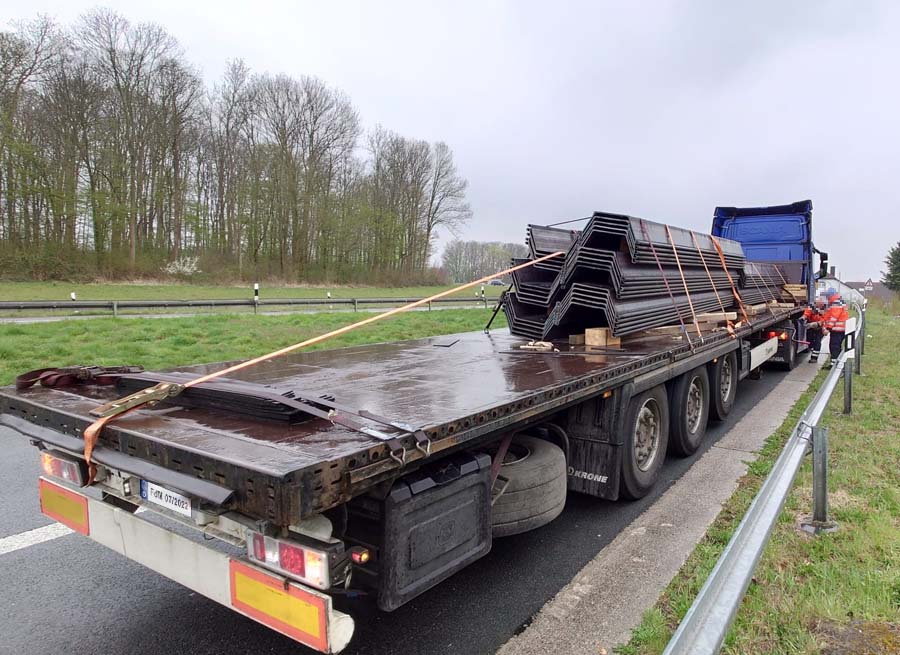 Figure 2 gives a pretty good idea of the distance the load slipped. The belt running lengthwise was attached later in an attempt to bring the load back a little and move it away from the end wall. 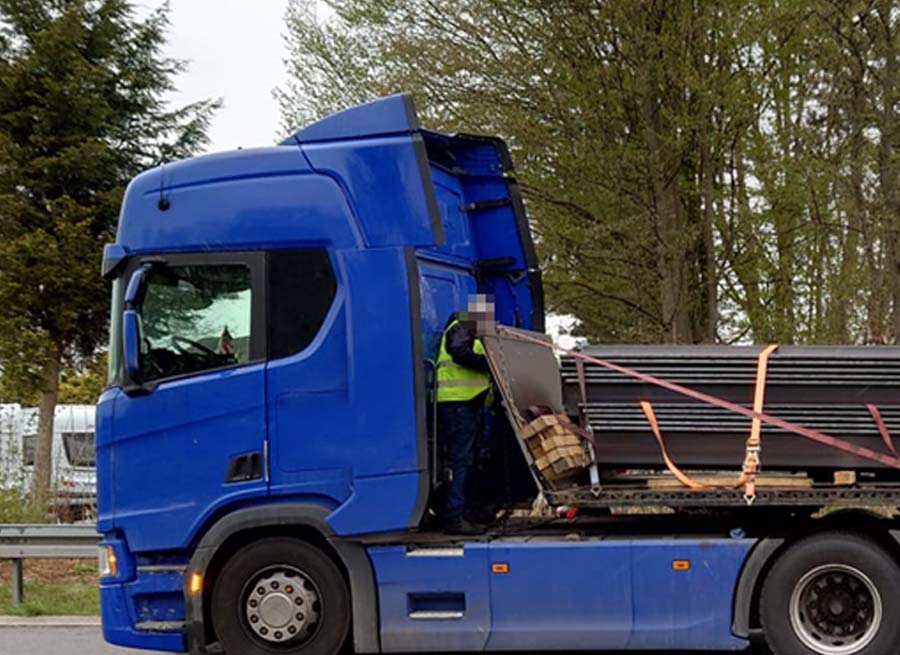 A second belt was also used to bend the end wall directly back a little. We are told that the compressed air hoses were pulled off and that the end wall, bent as it was, would not have cleared the cab when negotiating a bend. 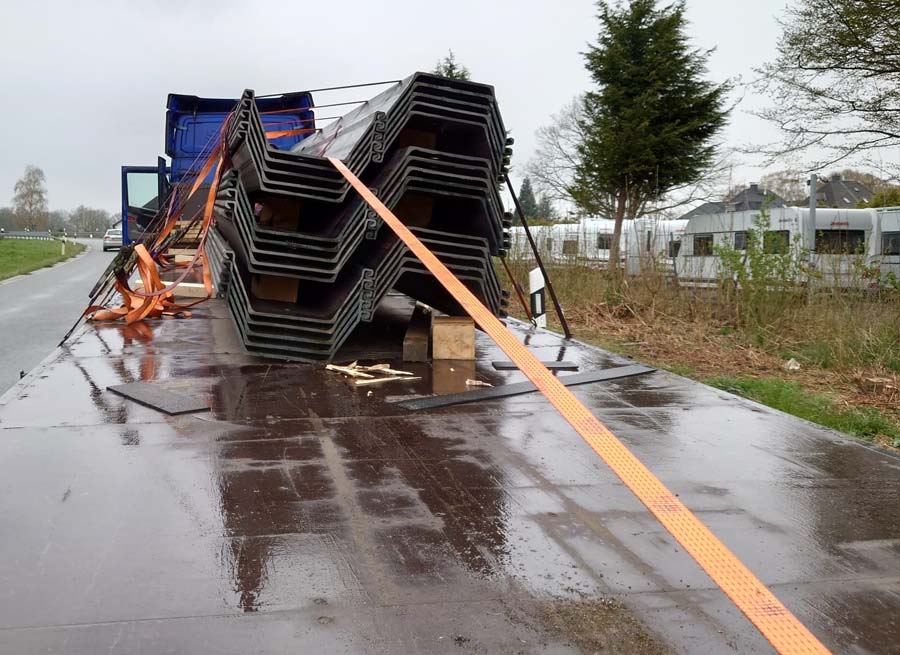 The load was secured with tie-down lashings. It was no longer possible to determine exactly how many had been used. We are talking about 25 tonnes of steel, so securing the load in this way is a rather dubious proposition, as it requires an enormous amount of effort. 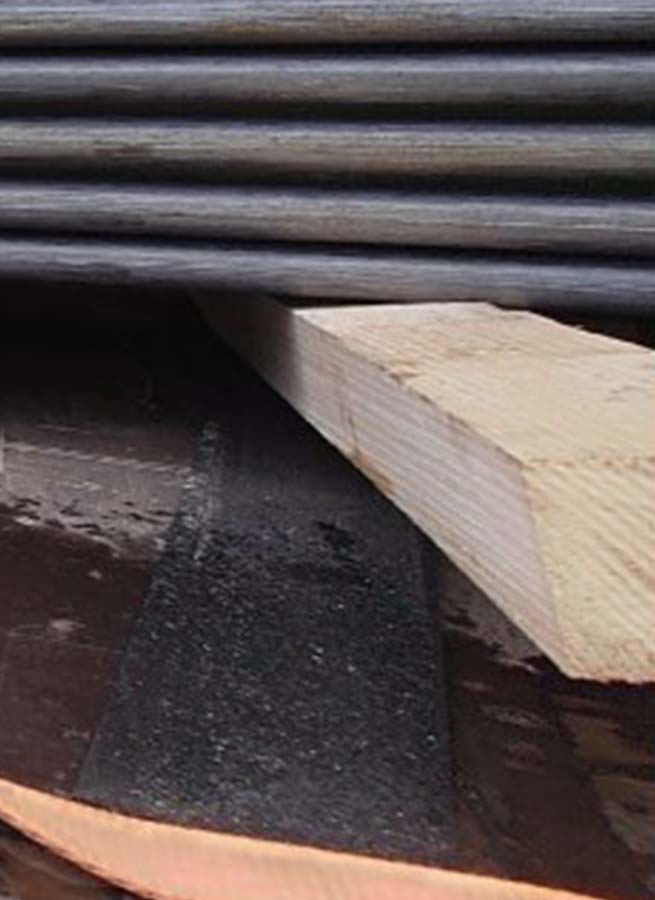 The load slipped forward more than two meters, twisting the dunnage somewhat, but the anti-slip material did its job.

This load can be secured perfectly well: 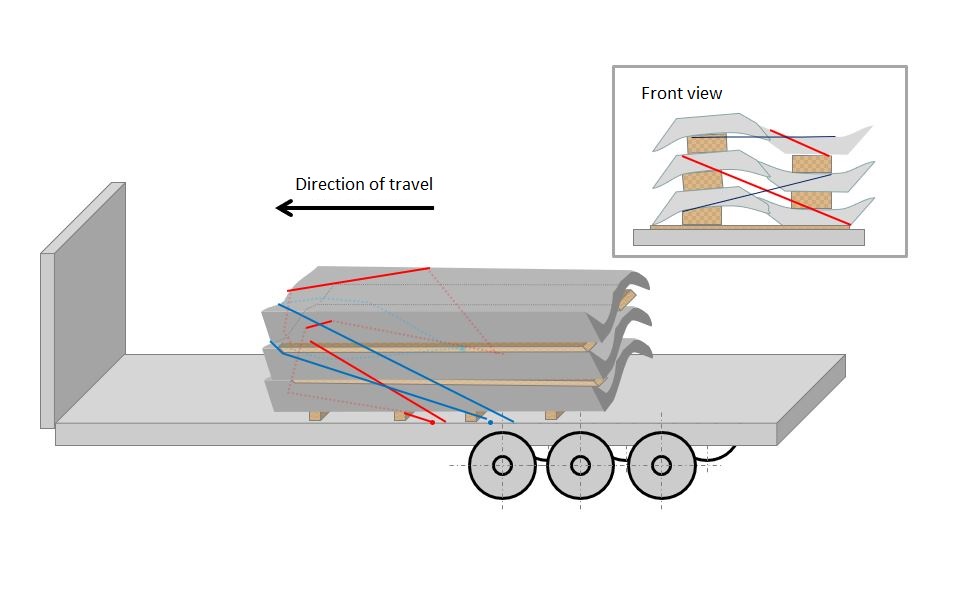 This diagram shows how the belts are arranged for the pairs of packages.

Your load securing columnists wish you a relaxing summer with the refreshing rain we all need.