A chain is only as strong as its weakest link!

In principle, it is perfectly possible to secure chains using belts, but in this example, the belts are clearly the weak link. 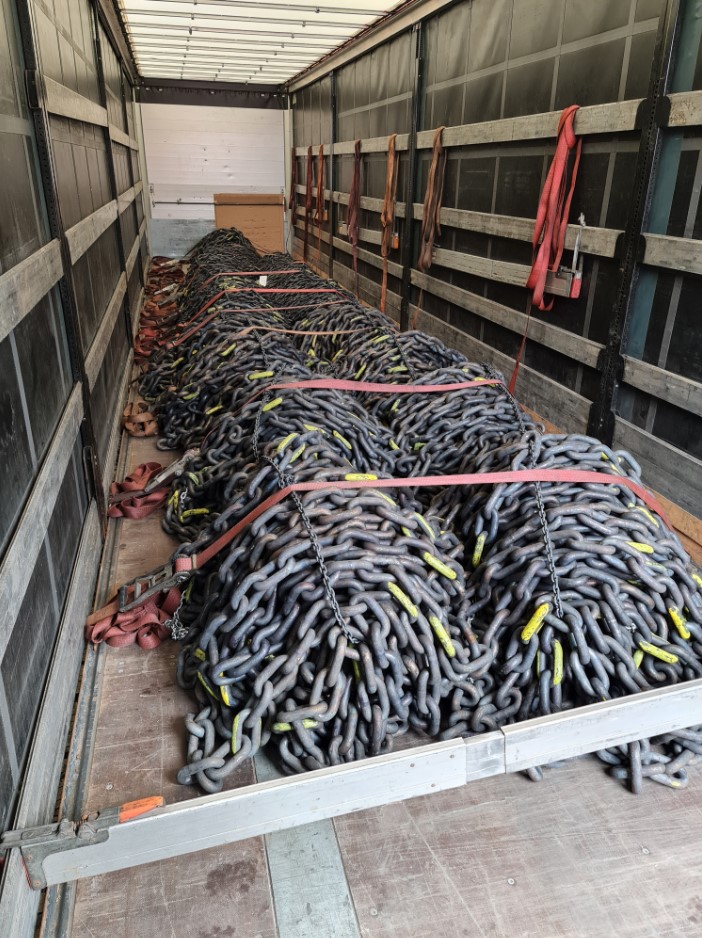 The facts: 22,560 kg of steel chains in 20 bundles loaded onto a trailer with a loading bed constructed primarily from textured, coated board.

11 belts had been used as tie-down lashings to “secure” the load. 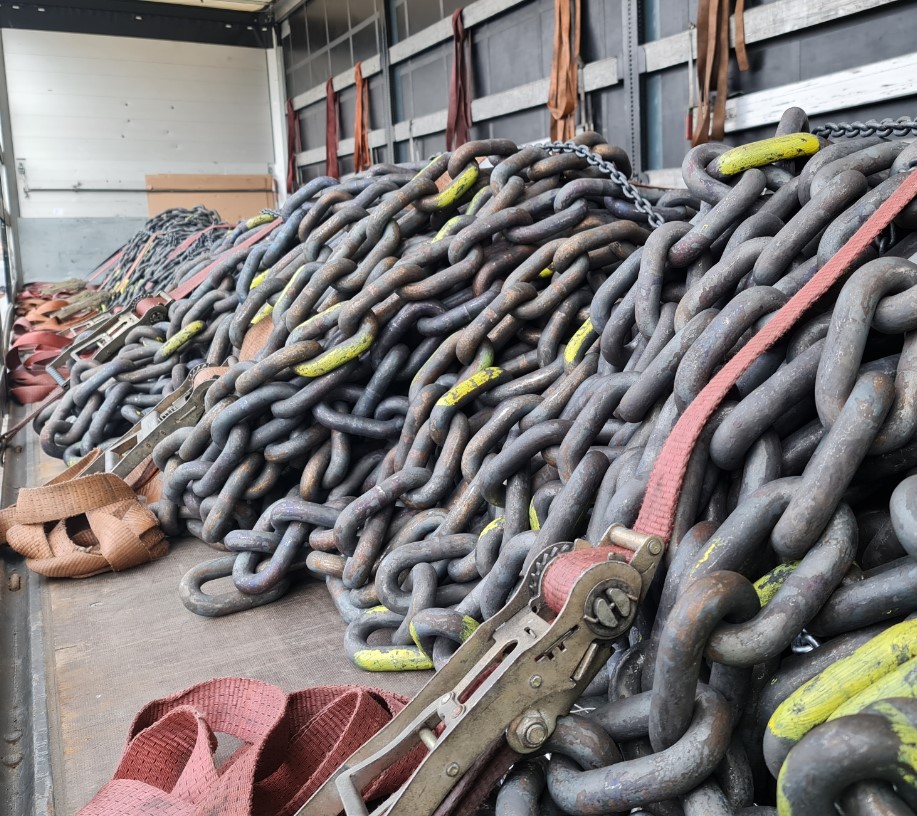 The belts were simply draped as a “tight fit” over the chains in a manner reminiscent of cooked spaghetti – with no pretensioning force whatsoever. And with a load as flexible as this one, it would be difficult to achieve any pre-tensioning force that would last for more than a couple of kilometers into the journey.

At least we can say something positive here. Someone tried their best! Figure 1 shows that the chains were loaded in single bundles at the front and in pairs of bundles further back. We do not know the exact dimensions, and the trailer was not weighed, so we can only conjecture that things may just have been okay – or not, as the case may be.

Although 11 belts were resting across the load, they were serving no purpose beyond making a good impression.