Two coils on the move

The two coils, each weighing 10,500 kg, have indeed been on the move. Figure 1 shows how they tried to make their way through the end wall. 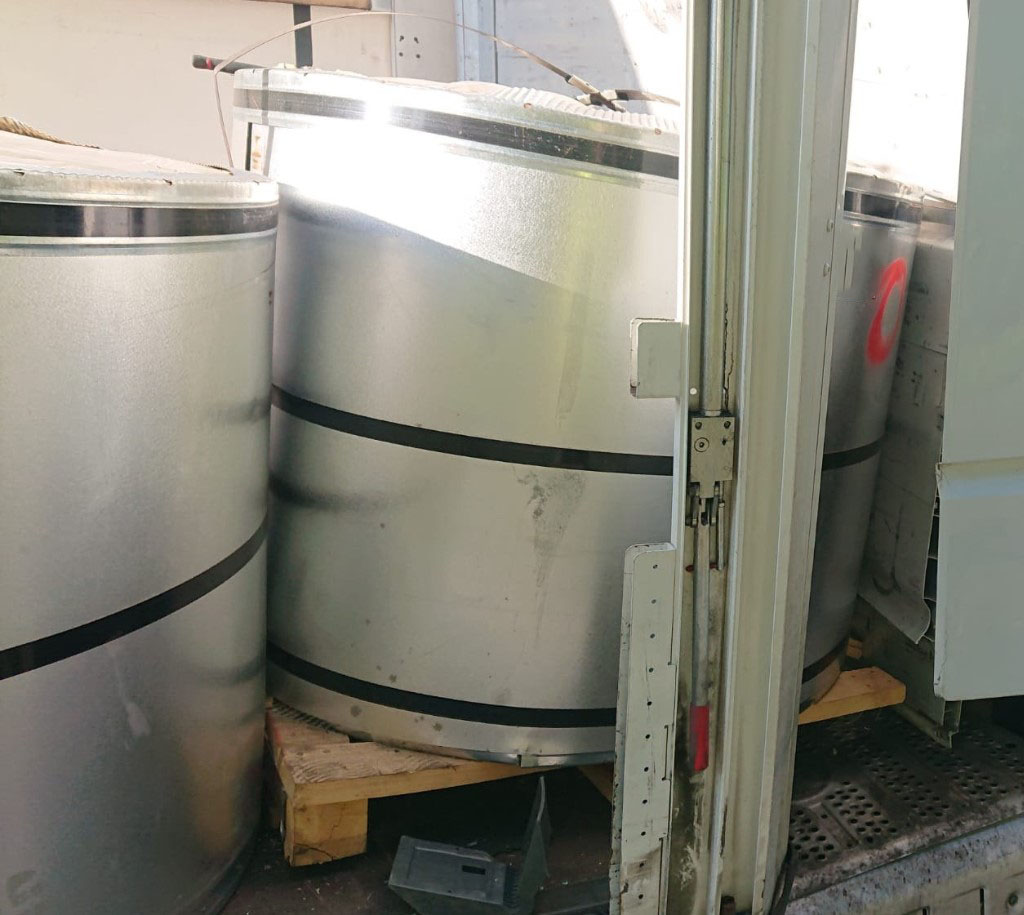 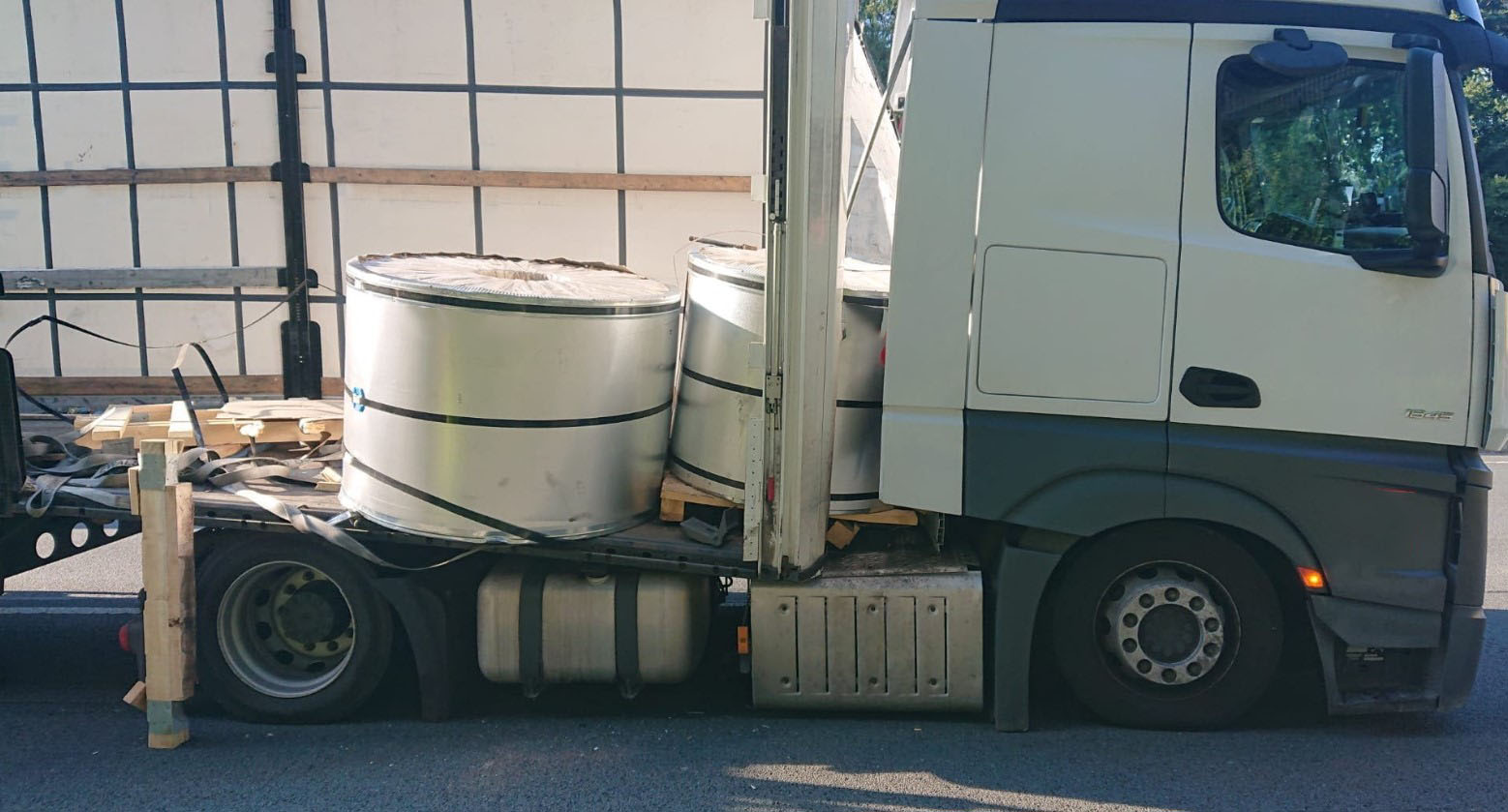 Figure 2 shows nicely how the 21 tonnes are being supported by the axles of the tractor unit. The trailer has been badly damaged: The end wall has been breached, the loading bed is bent and it is quite probable that the frame has also suffered as a result of the journey undertaken by the coils. 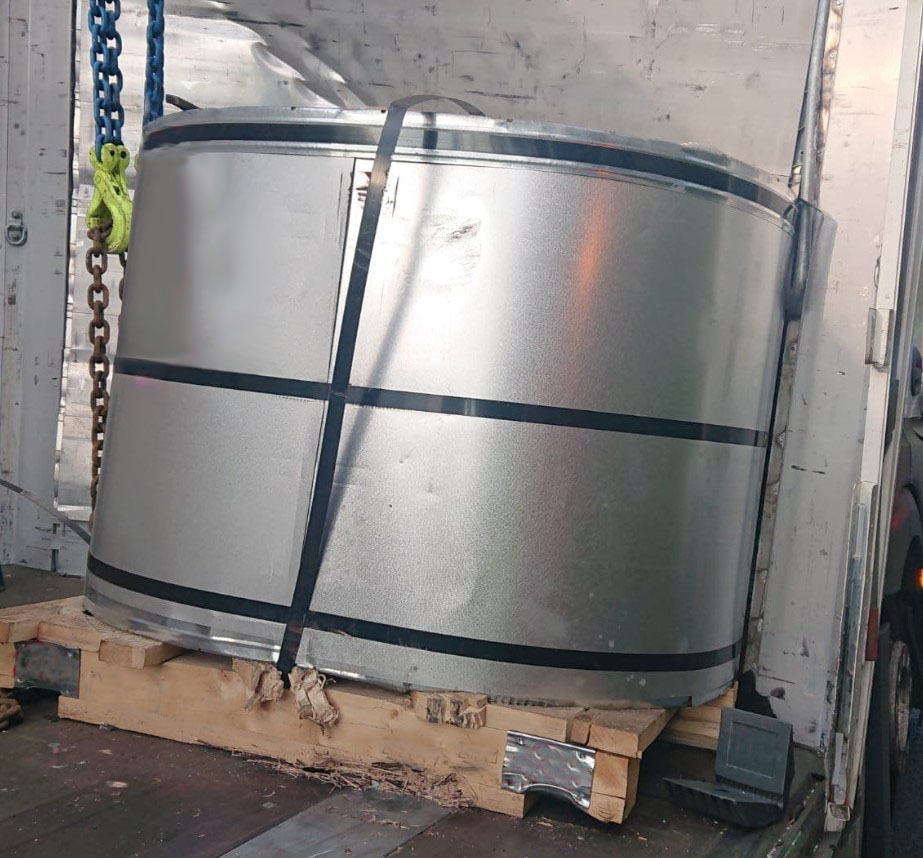 The front coil is seriously deformed as a result of its partner “ramming” it from behind. The coils are cold-rolled steel, which is around ten times more expensive than its hot-rolled cousin. And so we maintain that the financial loss in respect of the goods is also considerable. 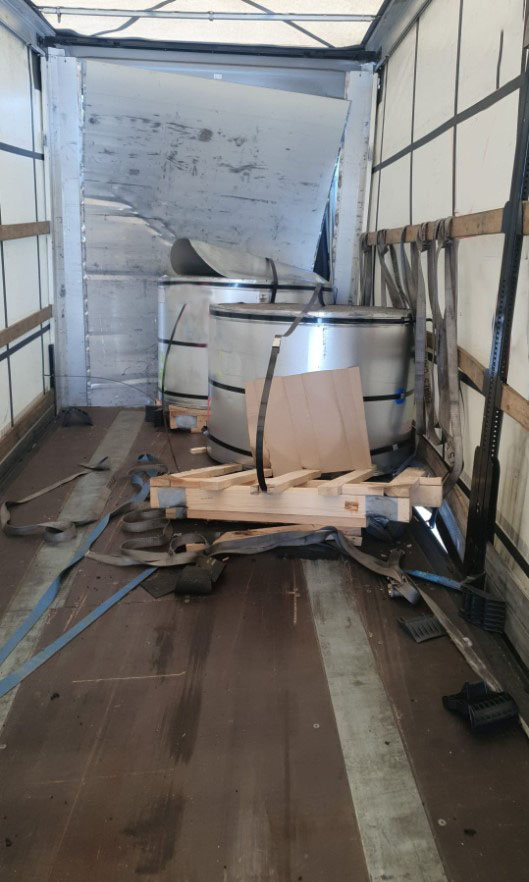 Figure 4 is the really interesting one.

We have been told that only one belt had probably been used on each coil, but in Figure 4 we can see some evidence that two belts may have been used. But because the load escaped from the securing belts with some force, the belts slipped off – or perhaps they were cut through by the sharp edges of the load after the edge protectors had been lost.

If you want to secure 10,500 kg with tie-down lashings, it is necessary for anti-slip material to be placed under the pallets perfectly and for the friction between the load and the pallet to be equally good, otherwise the load will simply slip from the pallet, as illustrated by the case of the rearmost coil. If the friction has been sorted out properly, we still need to find 2100 daN of securing force. Given a coefficient of friction μ of 0.6, we would need five lashing belts with an STF of 500 daN. And this does not take the angle alpha into account. Actually implementing a securing arrangement of this kind is a challenge.

If the eye of the coil cannot be used, for instance because packaging material prevents the belt from being passed through, it is also possible to pass a loop lashing around the coil, with the ends being passed at an angle to a load securing point at the rear and then pre-tensioned. Because this belt would be lying on the pallet, we would recommend at least two additional tie-down lashings to prevent the coil from tipping when it is subjected to a load, and thus preserve the friction. If the level of friction between the coil and the pallet is not as good as that between the pallet and the loading surface, this can be remedied with a second loop lashing.