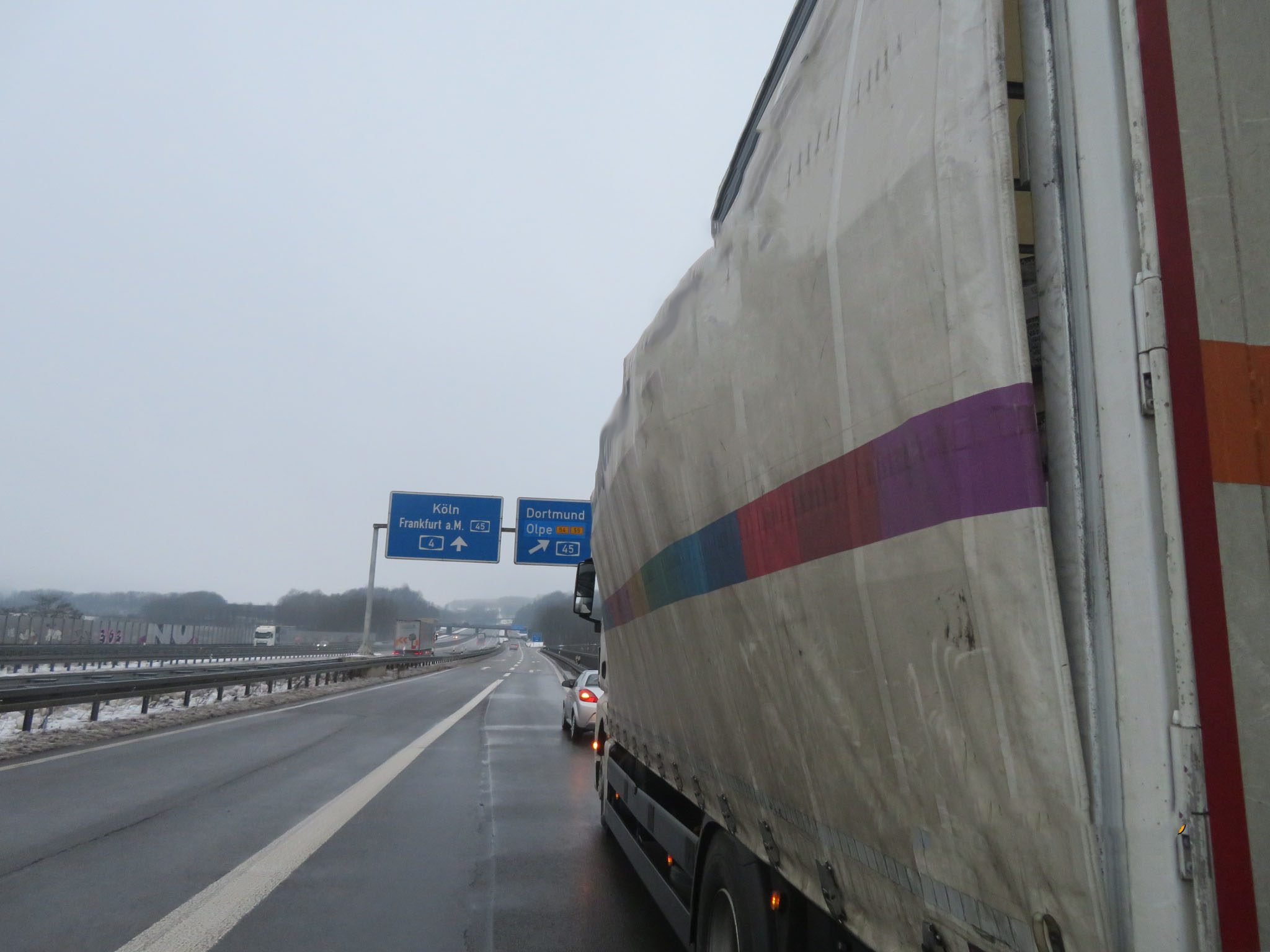 A picture that is sadly all too common. Together, the tarpaulin, the stanchions and the side slats are capable of restraining 0.4 x the weight of the load. Which means that they can be included in a load-securing strategy. The manufacturer confirms this and some technical inspection authorities will even affix a label to vehicles like this, informing that the load-securing capabilities have been tested. So what do we have to worry about? After all, everything is safe and secure. Or is it??

Of course, all this depends on meeting certain requirements: The whole of the load must be loaded as a tight fit against the elements concerned, must not have any sharp edges and must not be liable to tip. The load-securing effect provided by the tarpaulin and the side slats that is meant in this context relates to the loads that can be expected during normal operation. But let’s have a closer look at the way this consignment was loaded. 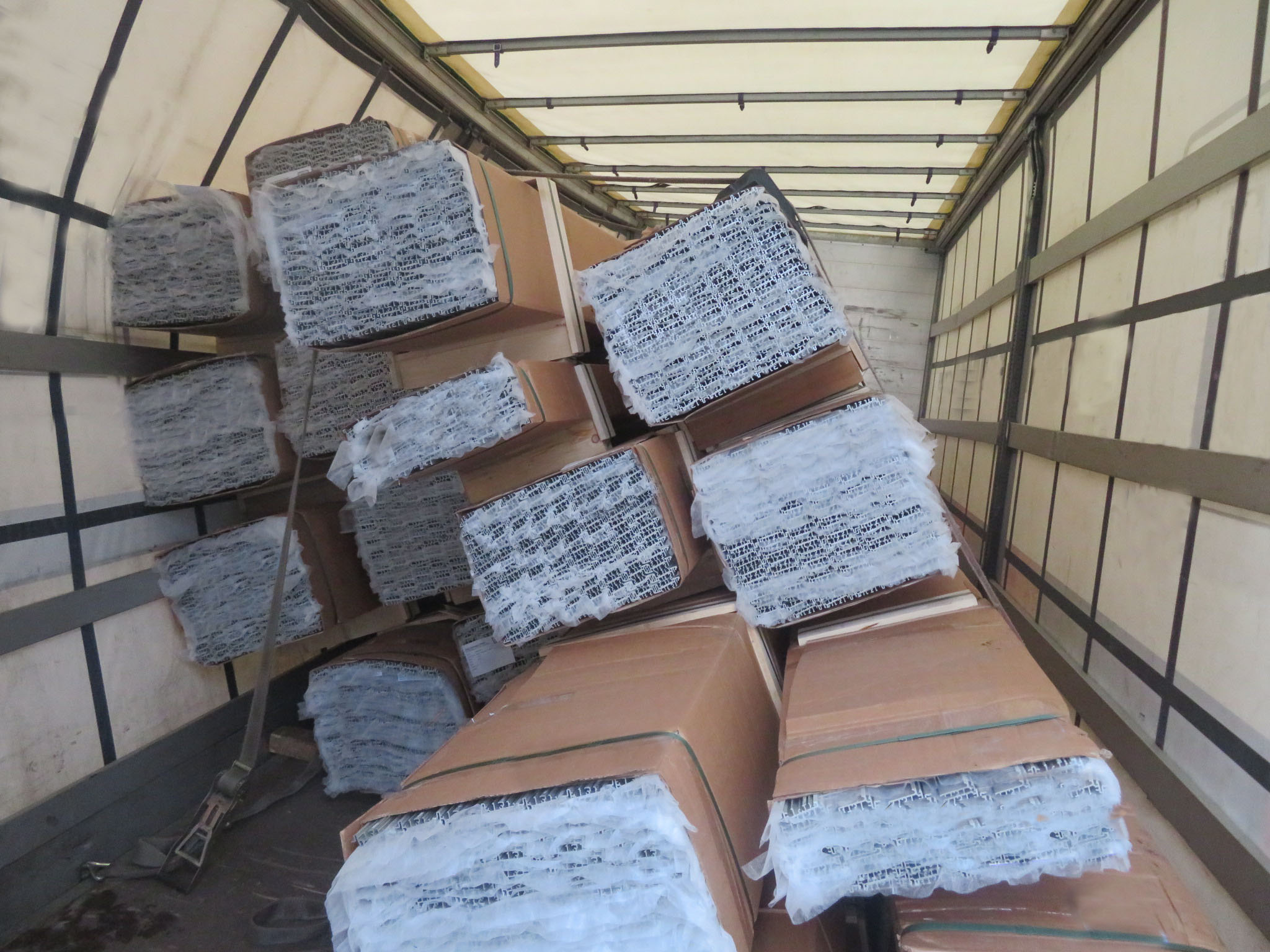 The first thing that crossed our minds when we saw this picture was “bulk-loaded aluminium section”. Anyone who packages their consignments so badly and secures them even worse when putting them on the road clearly doesn’t place any worth on what they are producing or processing. Quite apart from the fact that they clearly have no idea of the responsibility they are taking on when loading a vehicle. 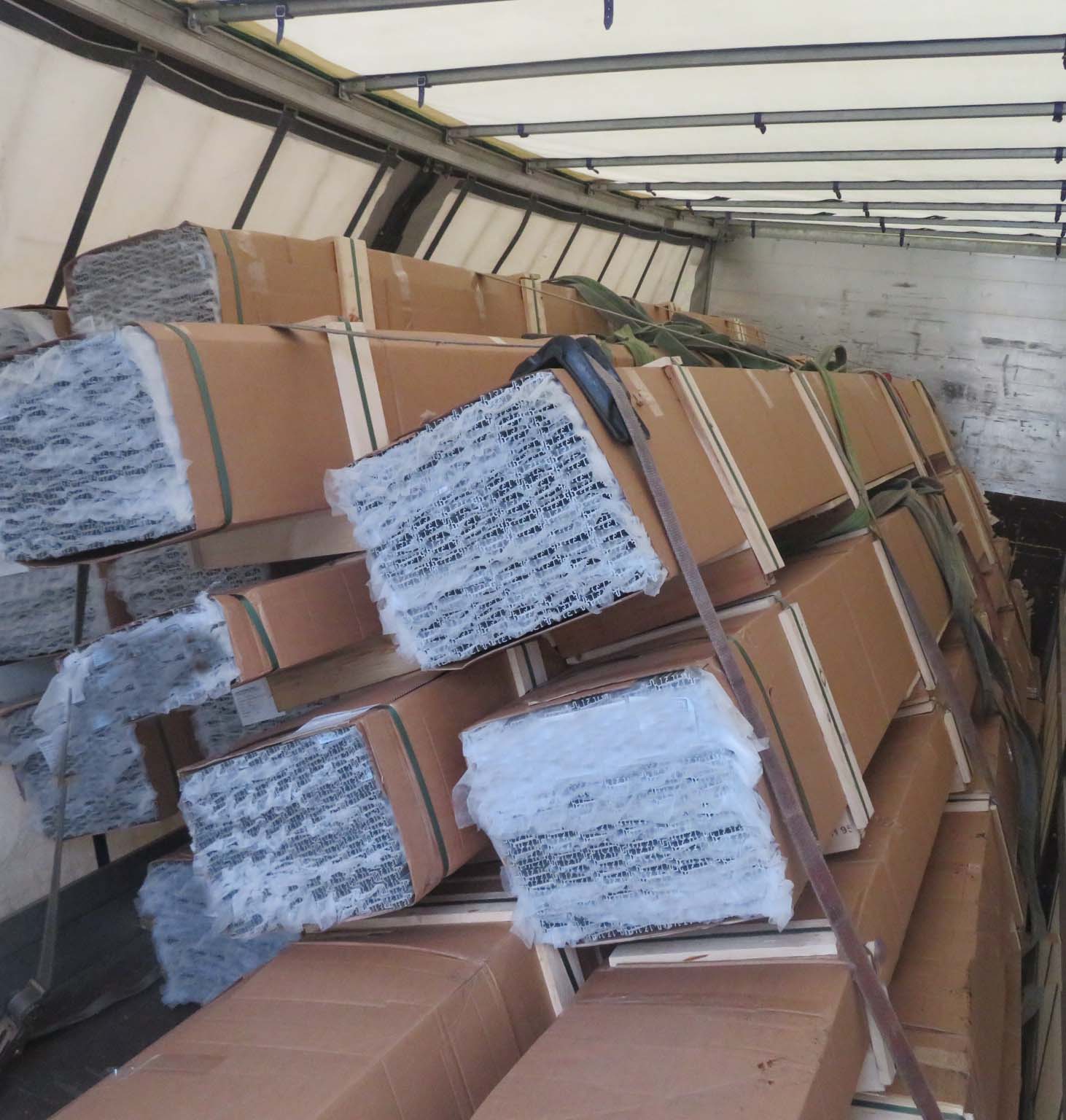 If the packages are so unstable as they are in this case, they must be reinforced using strong intermediate dunnage to allow them to be treated as a single “stable” load block. And because such dunnage is only a makeshift remedy, we would urgently recommend the use of loop lashings to secure the load to the sides. And we would recommend doing so around at least two different layers.

As far as securing the load in the direction of travel is concerned, we are also at a loss. The aluminium section is not packaged at the ends, at least not in such a way that any conventional means of securing could be attached effectively. Perhaps we would make use of pallets that had been stood on end and through which squared lumber had been passed to create something approaching a uniform front end to the load. And again, we would recommend doing so in front of at least two different layers. It would probably be impossible to use the end wall for reasons of load distribution. 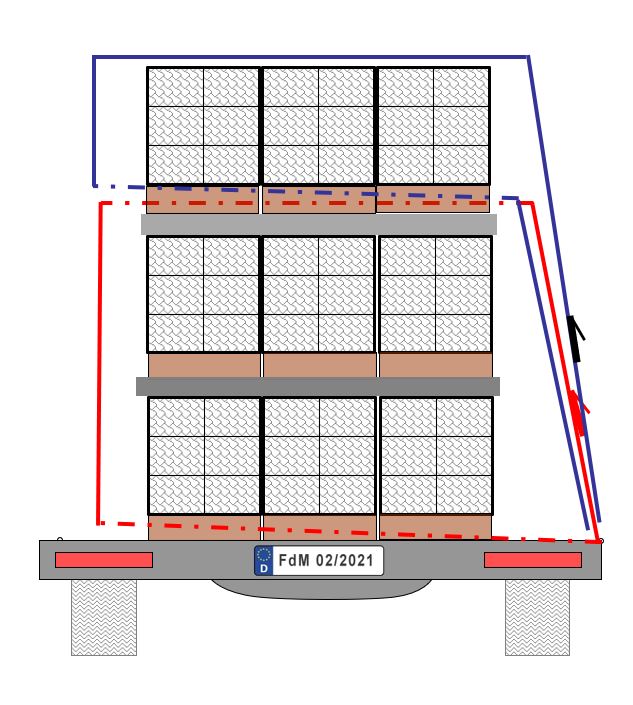 The packaging we can see is made up of plastic sheeting, corrugated cardboard, wooden slats and plastic strapping. In the way it has been implemented, the best the packaging achieves is to bundle the load to a certain extent. The pieces of squared lumber that are enclosed under the slats using plastic strapping are intended to allow the forks of a forklift truck to pass under the load. If the vehicle were to have to brake sharply, they would probably tip over. The wooden slats are there to protect the aluminium section from the pressure of the plastic strapping. They do not form a load unit that is capable of being stacked. So, once again, this kind of packaging serves primarily to bundle the load. Stacking these “bundles” led to this accident as the vehicle rounded a right-hand bend and represented a risk to other road users.

We always argue that a good level of friction contributes more than 50 percent to good load securing. But in this case, the packaging is so poor that it is not possible to make effective use of friction to secure the load. If we were to place anti-slip mats on the loading surface in this case, the “packaging” would probably immediately fail in the very bottom layer if the vehicle had to brake sharply.

Today, we have to repeat what we have already said before: Good packaging is the prerequisite for good load securing. The poor drivers who are simply given loads like this deserve our sympathy.