Leaning into the turn…

As a rule, this means something entirely different. Bikers in particular will know what it means to lean into a turn.

When negotiating a bend, they lean the bike into the apparent vertical to effectively counter the centrifugal forces. If the bike were not in this inclined position, it would tip outwards in the bend. All two-wheeled vehicles have to lean into turns because, unlike a vehicle with axles, they have nothing to support them. 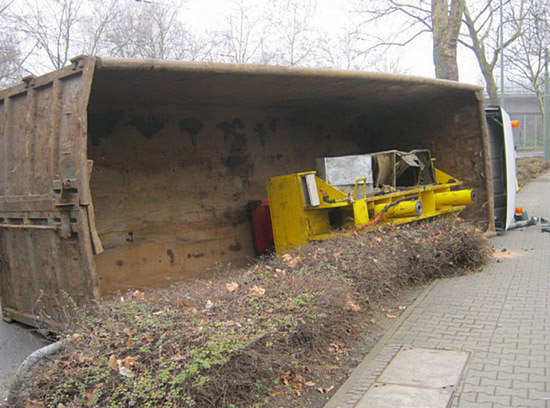 In this month's photo, a truck has rolled over. Which means that it leaned into the turn in exactly the opposite direction from the bikers we described. Under normal circumstances, a vehicle with axles cannot lean into a turn. Its stability around bends is "limited" by its axle width, its suspension and its center of gravity: 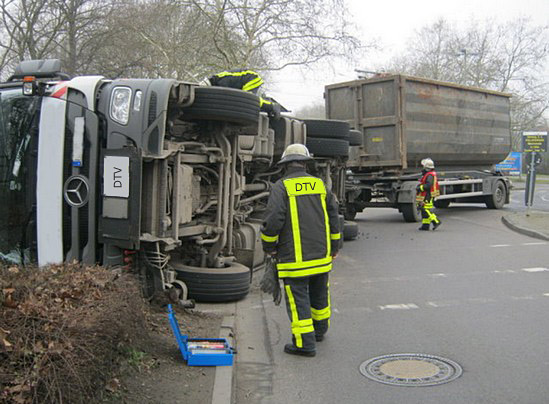 The trailer was loaded with around 6300 kg of mixed scrap and remained upright: 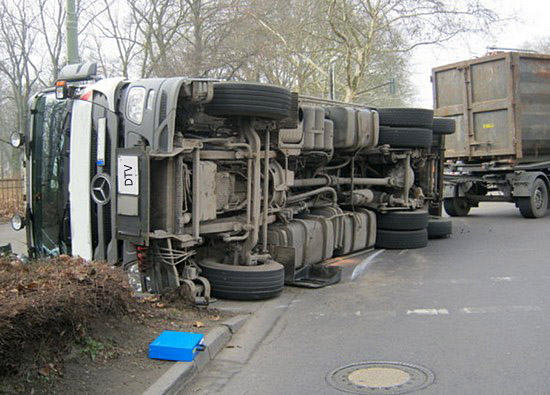 A 10.5 t hydraulic press that was liable to tip had been placed in the center of the loading area of the roller container on the truck. Its base area was 3.80 m x 0.80 m and its height was around 2.50 m. The only securing was a firm belief that: "It's so heavy, it won't shift."

Absolutely no attempt had been made to secure the load.

And so the inevitable happened: The machine tipped to the right against the right-hand side of the roller container and the resulting shock caused the truck to topple. This tipped onto a sidewalk at precisely the spot where there was a ramp with a pedestrian signal, where pedestrians and cyclists wait to cross the road.

By a stroke of good fortune, there were no pedestrians or cyclists at the crossing, and the driver escaped with only minor injuries. 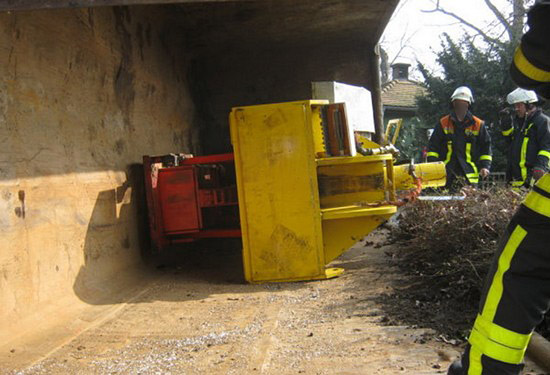 The floor of the container showed no signs that the load had slipped, which gives credence to the assumption that the machine tipped, even though the dirt on the container floor would undoubtedly have made the load liable to slip. 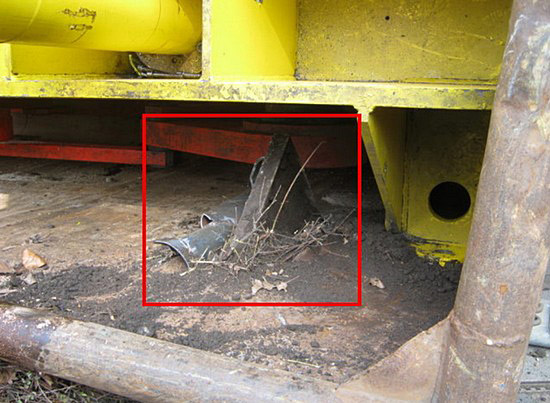 Figure 5 shows that the force of the impact on the sidewalk caused parts of the pole of a traffic signal and its foundation to penetrate the roller container. The Fire Service had to laboriously remove these before recovery was possible (Figure 6): 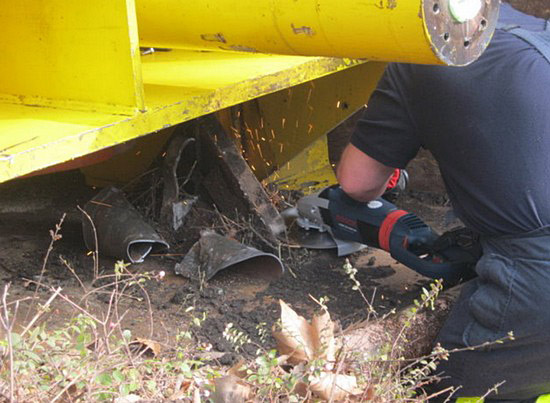 Figure 7 shows the recovered machine in an upright position. Even inexperienced readers will notice the small area of the base, which increases the tendency of the machine to tip: 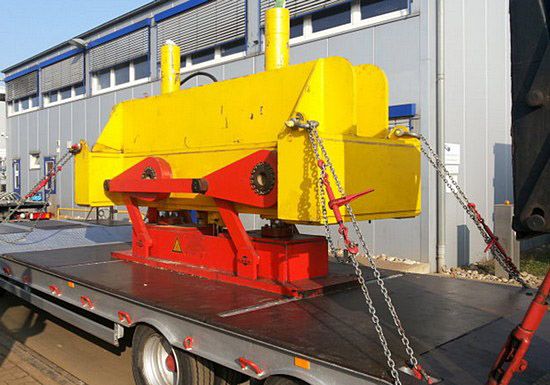 So what went wrong when loading the roller container?

Two people made mistakes here: the loader and the driver. The heavy press was loaded on a vehicle (a roller container) that provided no facilities for securing the load effectively. There were no lashing points to allow load securing equipment to be attached.

It was not possible to achieve a tight fit, because there were no other items of the load that could have been placed in the gaps to prevent the press from slipping or tipping.

So who bears the responsibility?

Initially, it is the responsibility of the loader. The loader plays a key role in securing the load. The loader must ensure that cargo is loaded in such a manner as to be safe for transport. If he meets the obligations placed on him, none of the other parties involved will have any difficulty doing what is required of them.

The driver is responsible for ensuring that loading is carried out in a way that guarantees operational safety. In other words, he must ensure that the truck can be operated without any difficulty.

The loader should not have been permitted to load this cargo on this vehicle, because the vehicle is unsuitable for the cargo. And the driver should have immediately rejected the way in which the cargo was loaded for the same reasons.

So how could it have been done better?

It is simply a question of making sure that the vehicle is suited to the cargo. Figure 7 shows that suitable vehicles are available.

The load is standing on an anti-slip floor or on anti-slip mats. The machine is fitted with adequately dimensioned slinging points to which lashing equipment can be attached. These are connected to suitable lashing points on the loading bed. This creates a positive fit that prevents the load from slipping or tipping.

This would secure a scrap machine on its way to the recycling plant perfectly adequately.

The consignment in our report inevitably fell foul of the laws of physics. And we don't want this to happen to our readers. It is not always necessary to learn from your own mistakes. Instead, you can learn from other people's!

Don't lean too far into the turn!