Most of us think of a bombe glacée as a delicious dessert, but this driver may well associate it with something entirely different. 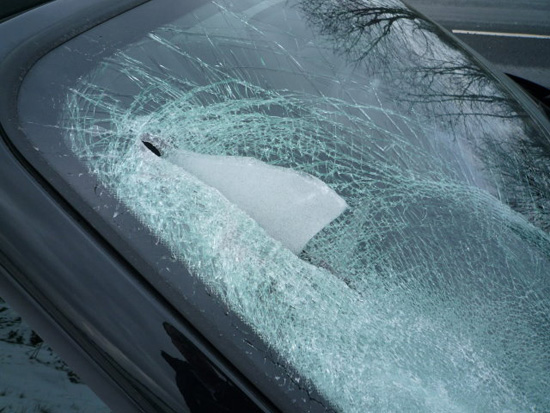 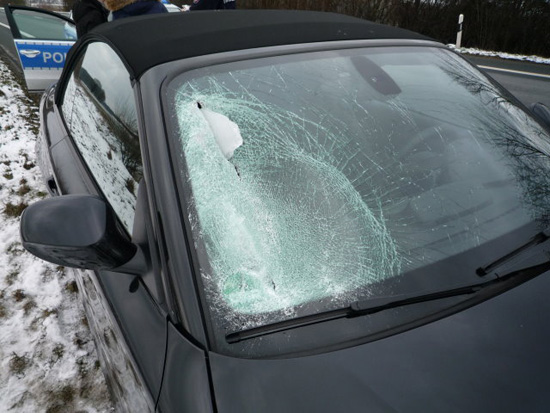 There is no doubt that life on this planet would not be possible without water. But we are also aware that water can be a deadly hazard. And we generally think of the risk of drowning while swimming, or if a ship sinks or in the event of floods or tsunamis. And if we think of fatal accidents with ice, we are reminded of the warnings not to walk on the thin ice that turns the lakes in which we had a refreshing swim in summer into skating rinks in winter. But airborne ice in the form of slabs rather than hailstones?

Each year, we are confronted with pictures such as these. Often, people are lucky, as in this case. Nobody was injured. The car was simply traveling behind a truck that lost the slab of ice. Imagine if the car had been traveling in the opposite direction. In that case, the slab of ice would certainly have penetrated the vehicle. In this case, it was a deadly hazard for the passenger, but it could just as easily have been the driver in which case what would have happened?

Our call to all drivers:

Before setting off, completely clear the vehicle (cars as well) of ice and snow. Every day, before every trip!