Tanks on the move


The following two pictures reveal an unparalleled lack of respect for physics. An IBC (Intermediate Bulk Container) is standing all on its own against the tailgate of a truck. It is approximately 80% full of a liquid and would weigh some 800 kg. The pallet-like base of the IBC is 100% metal and the coefficient of friction µ between that and the not exactly spotless wooden floor would be around 0.1 or 0.2 at the most. No load-securing materials whatever were found. If the vehicle had made an emergency stop, the IBC would have slipped forward unhindered and would have burst into fragments against the end wall as a result of the extremely high kinetic energy. Its contents (water, fuel, lubricants or whatever) would have been distributed freely across the environment. 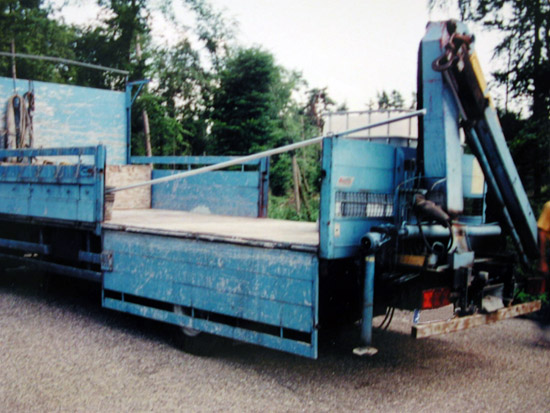 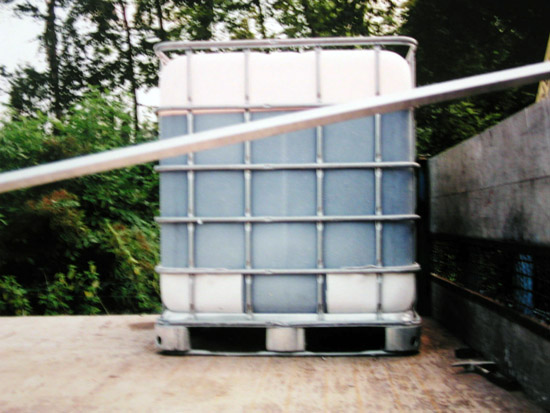