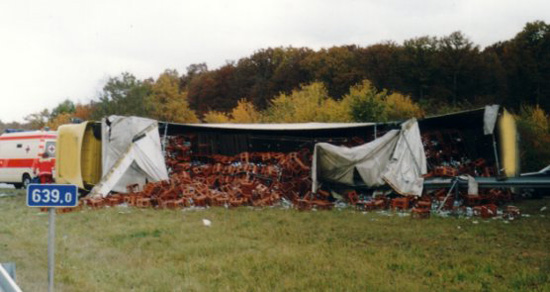 Drink crates on the highway

This trailer was loaded with crates. These were "secured" merely by the curtains of the curtainsider trailer. The driver was traveling from the East along the A70 highway and wanted to turn on to the A7 towards Würzburg. The slip roads at this part of the Werneck intersection are rather narrow. Which is why a 60 km/h speed restriction was in place.

Because of the driver’s excessive speed and the tight bend, the centifugal forces were so high that the unsecured load shifted to the left into the curtain. This caused the truck to roll over and scatter its load on and alongside the highway.

The truck driver suffered minor injuries as a result of the accident. 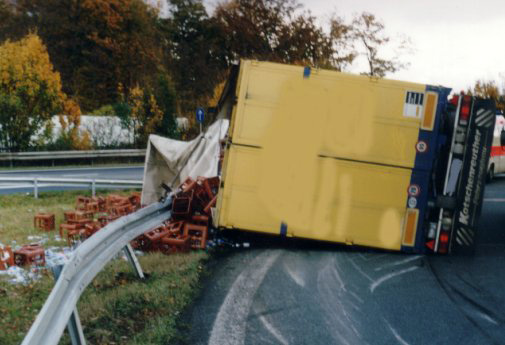 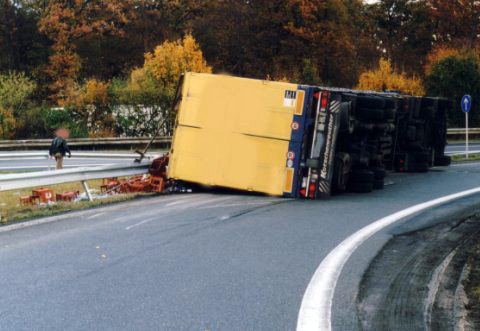