Large, heavy big bags are not easy to tame 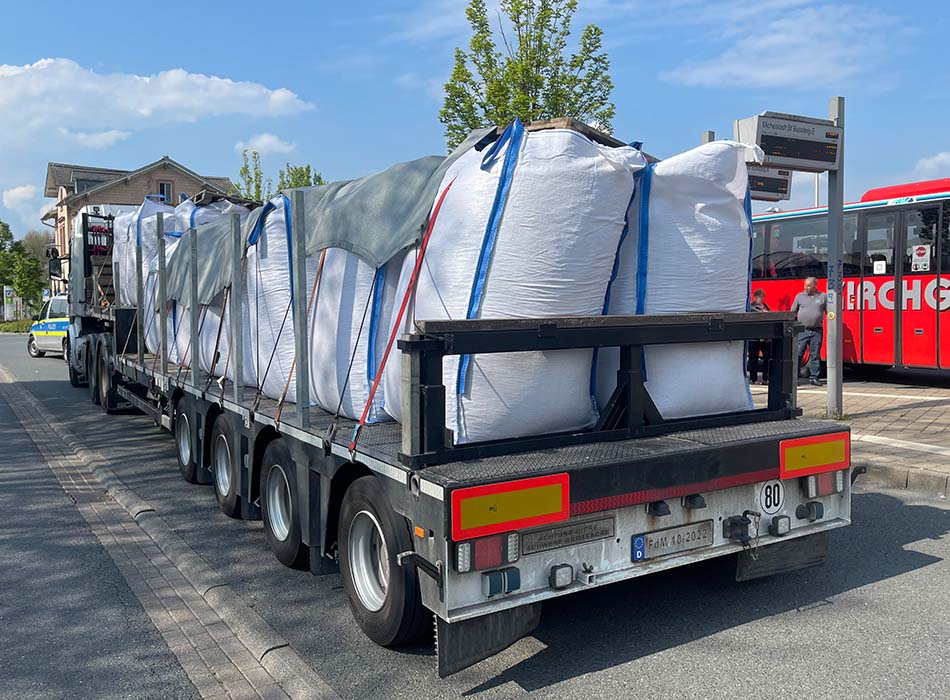 The story is quickly told: 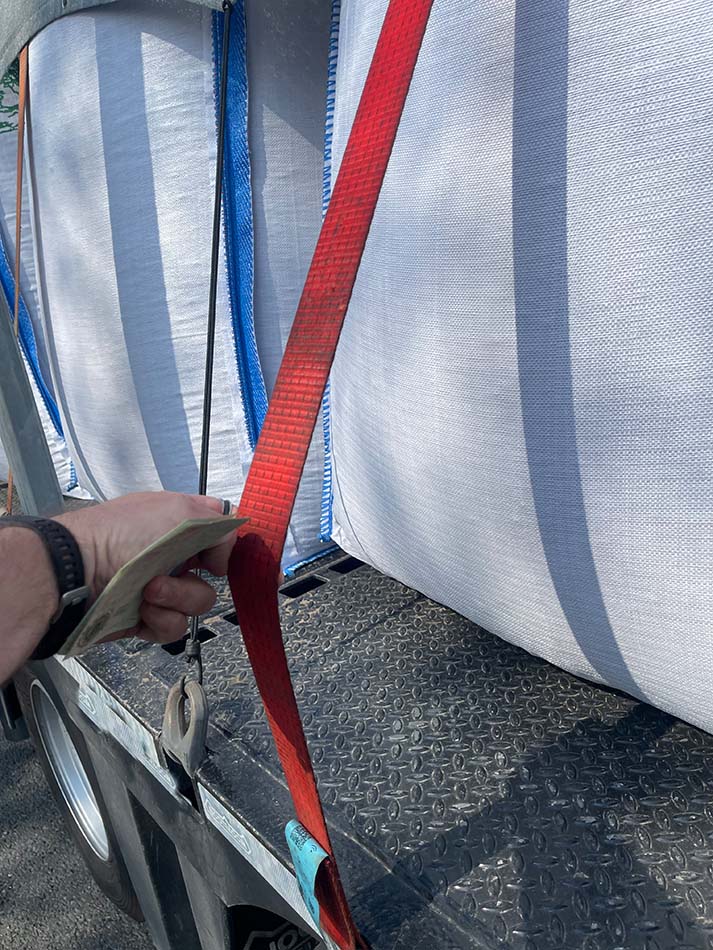 There was almost no pre-tensioning force, which is the result of the loose nature of the load. 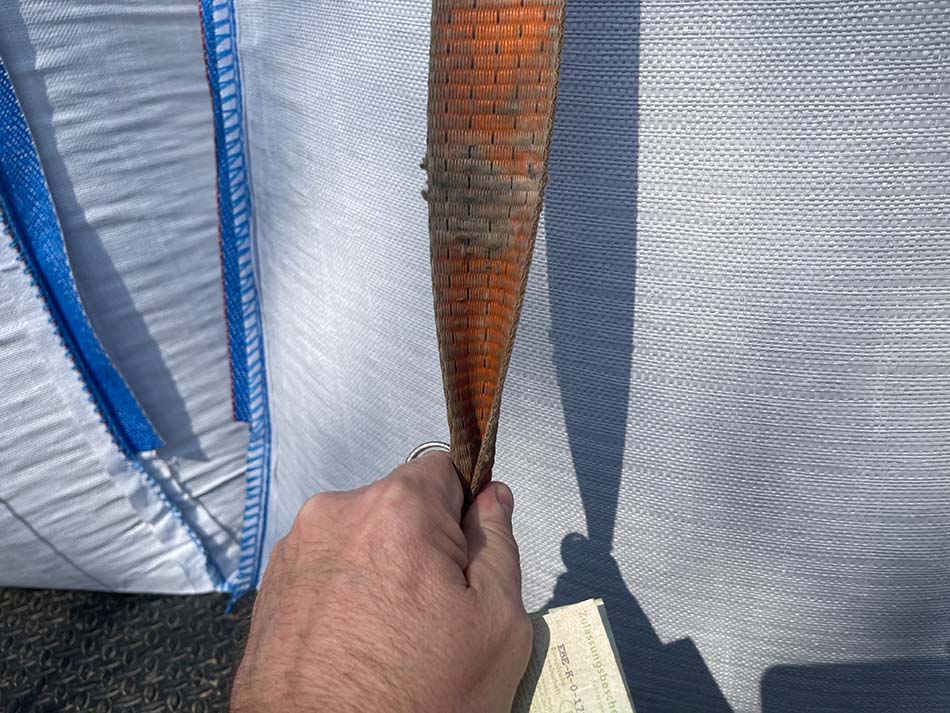 Big bags can generally not be secured with tie-down lashings, as the contents can become compressed or can move to either side of the belt. The consequence is always that the pre-tensioning force is lost, which in turn means that the securing is also lost. 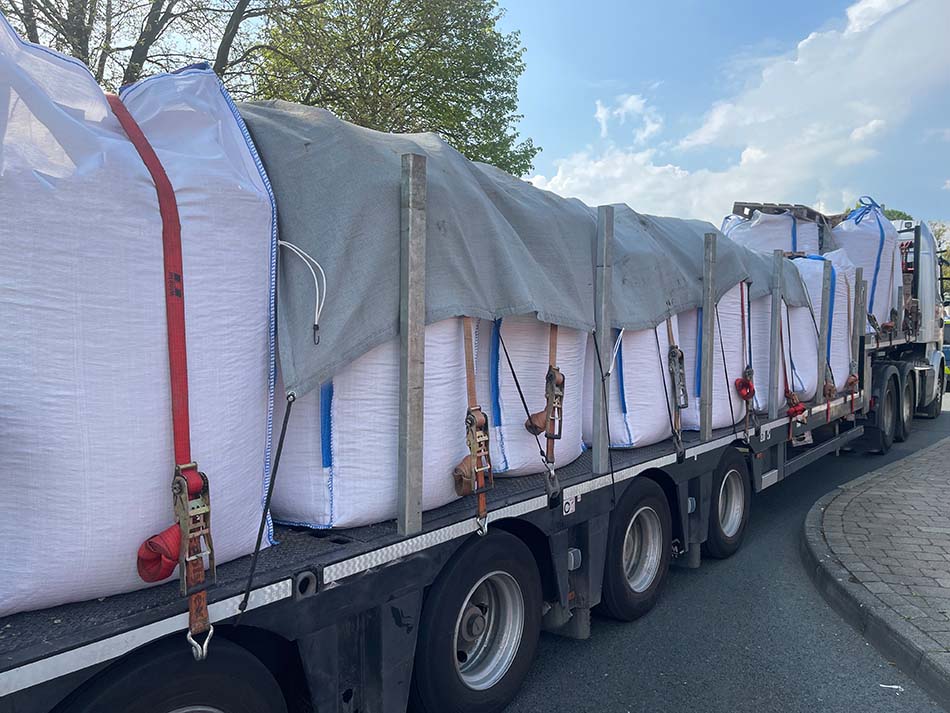 The stanchions are more or less decorative. They are not being actively used to secure the load, and if they do have any effect, it is purely by chance. In this Photo of the Month, we shall merely mention, and not discuss in detail, the fact that the hooks on the belts are not suitable: They are attached directly to the vehicle.

And we shall also simply point out that the vehicle was overloaded by about 40 % or 16 tonnes.

How would we secure a load like this? There are many options, but all of them come down to securing the load as a tight fit.