That’s so heavy – surely it can’t move!
or
Physics? What’s that got to do with it?

This month, we can offer you a prime example of sheer ignorance of the laws of physics. Figure1. shows the results in all their horrible glory. An entire load of bundled pipes slipped forwards a few meters and penetrated or tore off the end wall. It is quite probable that the cab was also badly damaged in the process. The driver was uninjured. The driver and loader both had far more luck than they had knowledge of physics. 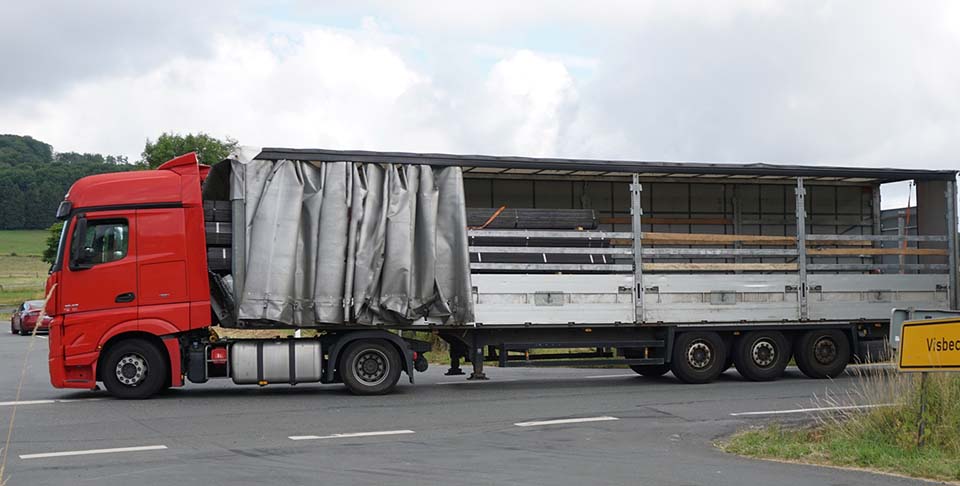 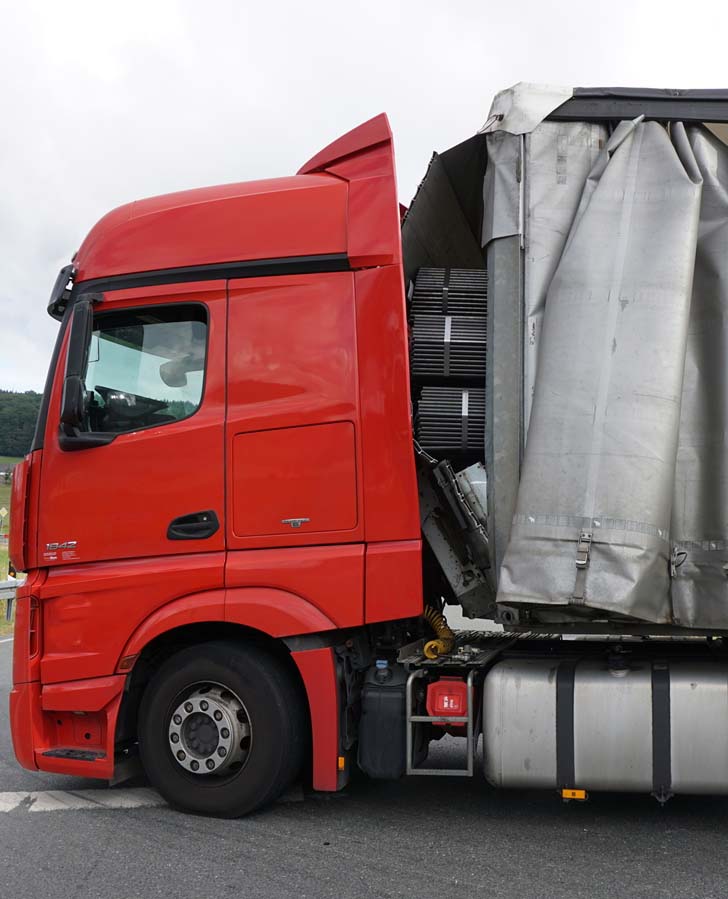 This figure shows the effects of kinetic energy when it is converted to deformation energy. Even though the load has already slipped half the length of the trailer, it seems as though it was trying to persuade the cab to join in the fun. 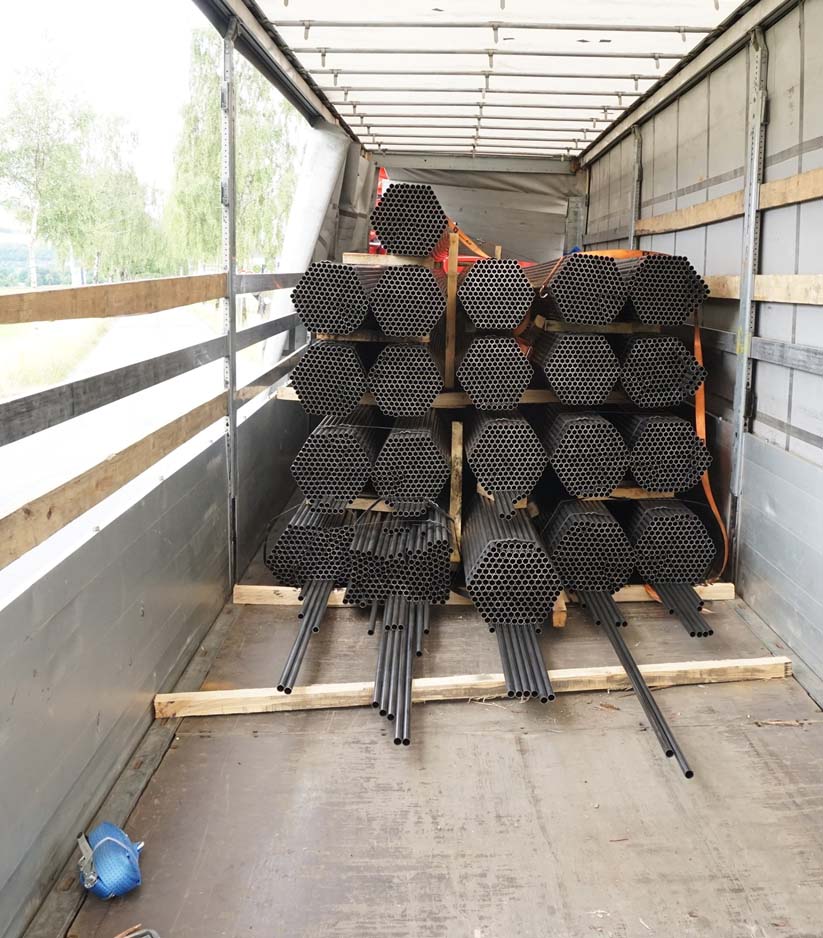 The entire load block is now in the area covered by the first two stanchions. To achieve correct load distribution, the overall center of gravity of the load would have to be aroung1 ¼ stanchion gaps further back. But it isn’t, which means that the load has slipped by at least 4 ¼ m. And still managed to wreak havoc with the end wall. “Bravo!” 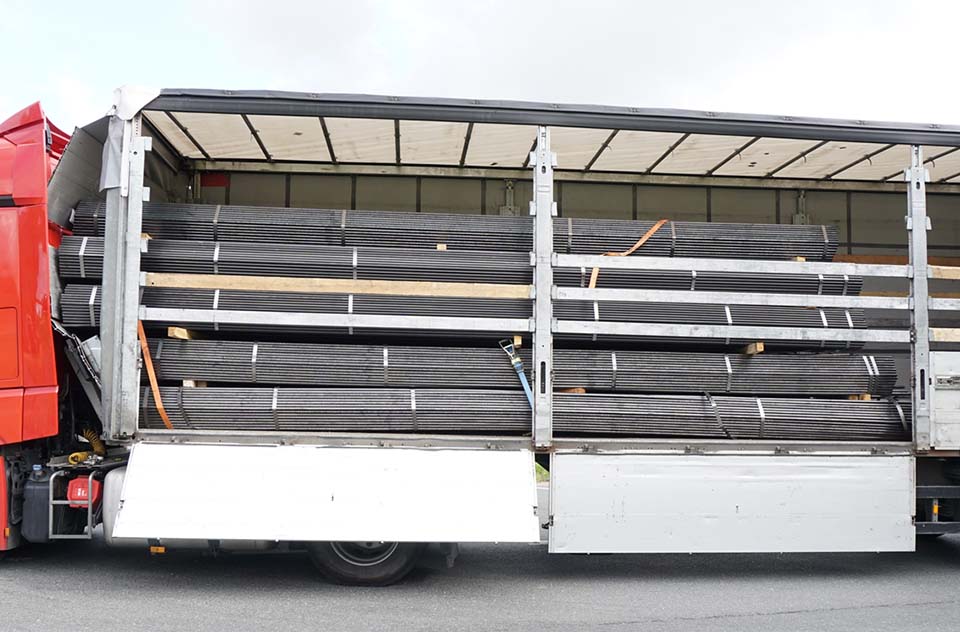 If we take a critical look at the way in which the load was secured, it is difficult to believe what we see. The load was bundled, but not lashed down as we may have expected. 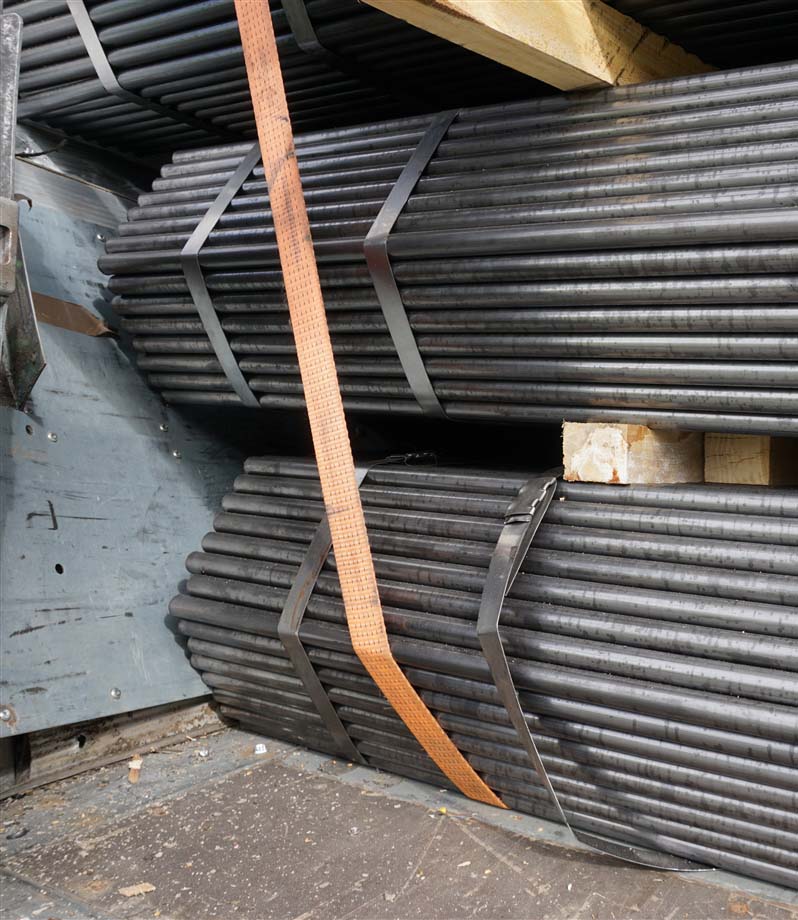 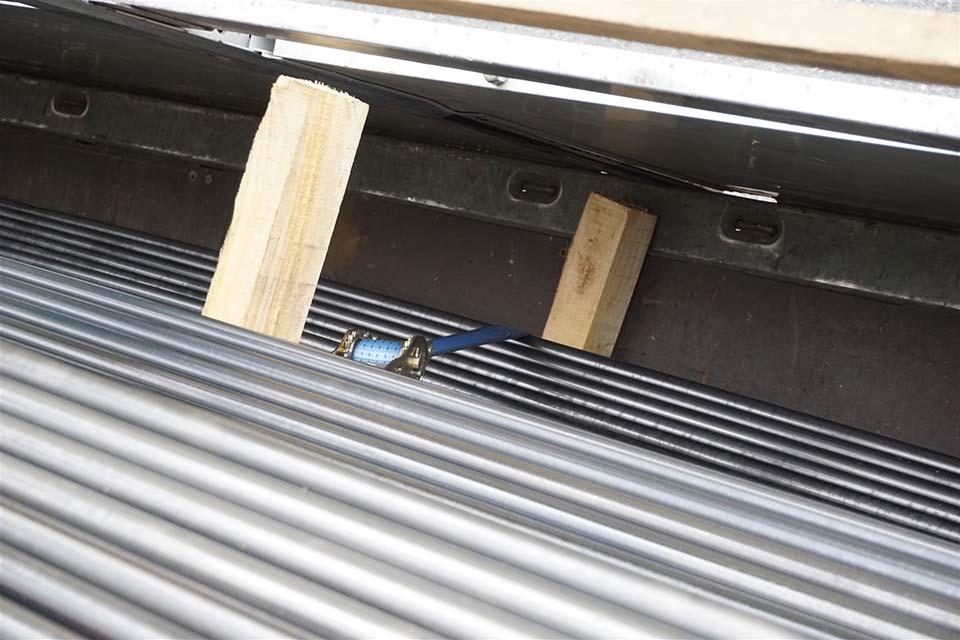 Figures 5 and 6 clearly show that the belts were only used to bundle the load. According to the officers at the scene (whom we thank for the magnificent photos), not a single belt was used to lash down the load. In other words, no attempt whatsoever was made to secure the load. 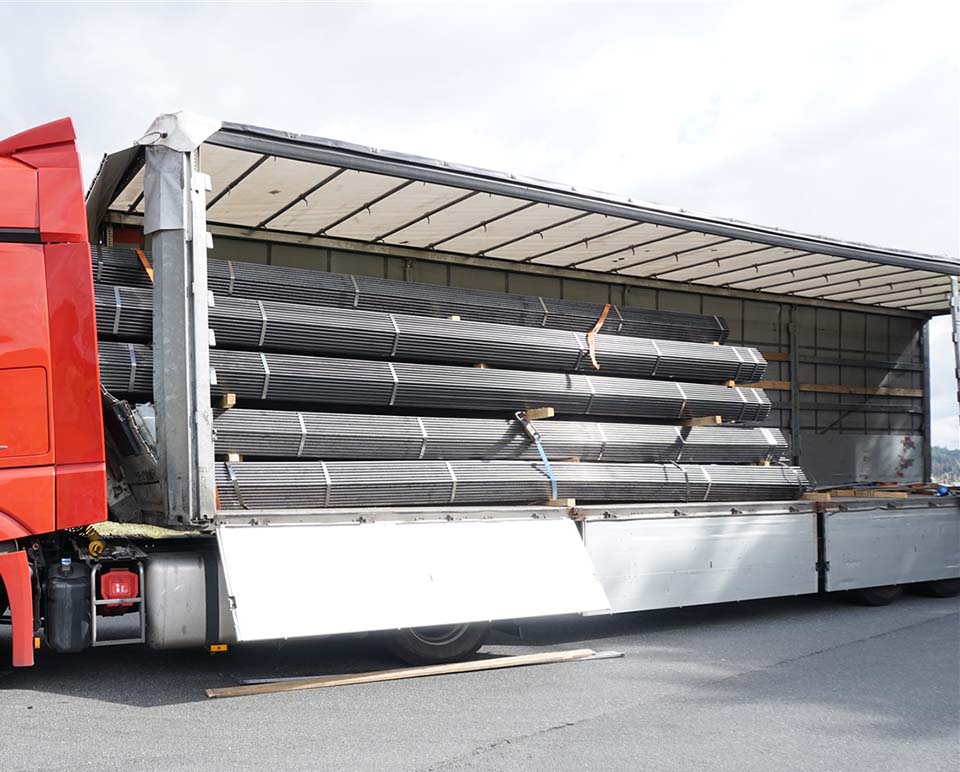 So how do we secure a load like this?

Your load securing columnists wish you a relaxing autumn.