Particleboard, razor-sharp, hardly any friction and usually not packaged or packaged really badly. The popular wisdom we have chosen for the title suggests that most of the time, calamities do not materialize. And that’s the case here too – but only just. No one was hurt, except for the trailer. It could all have turned out quite differently. 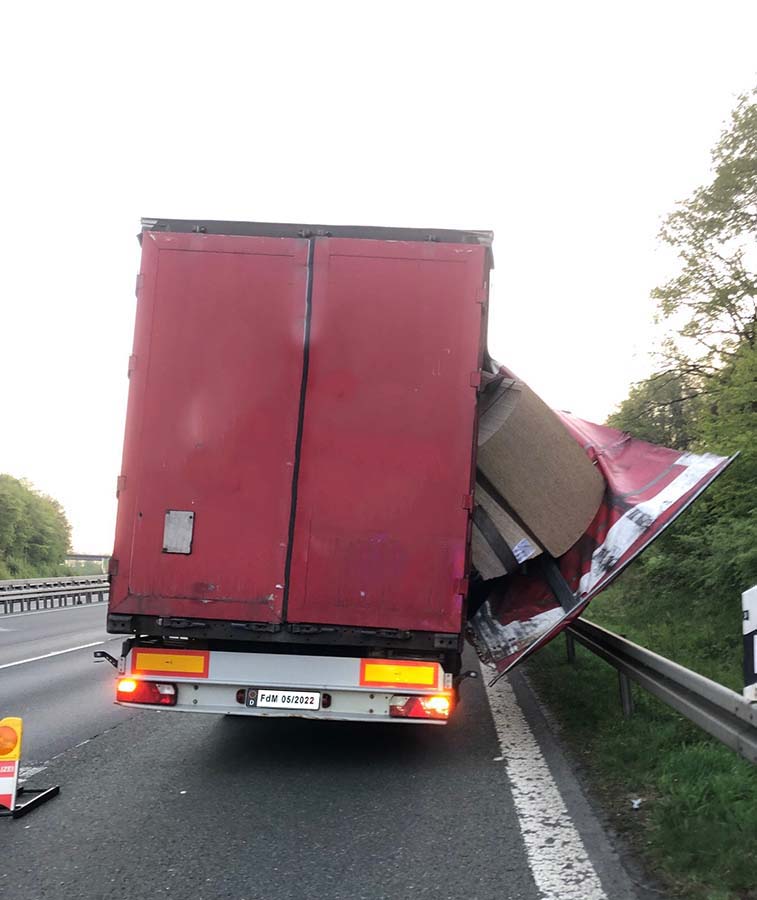 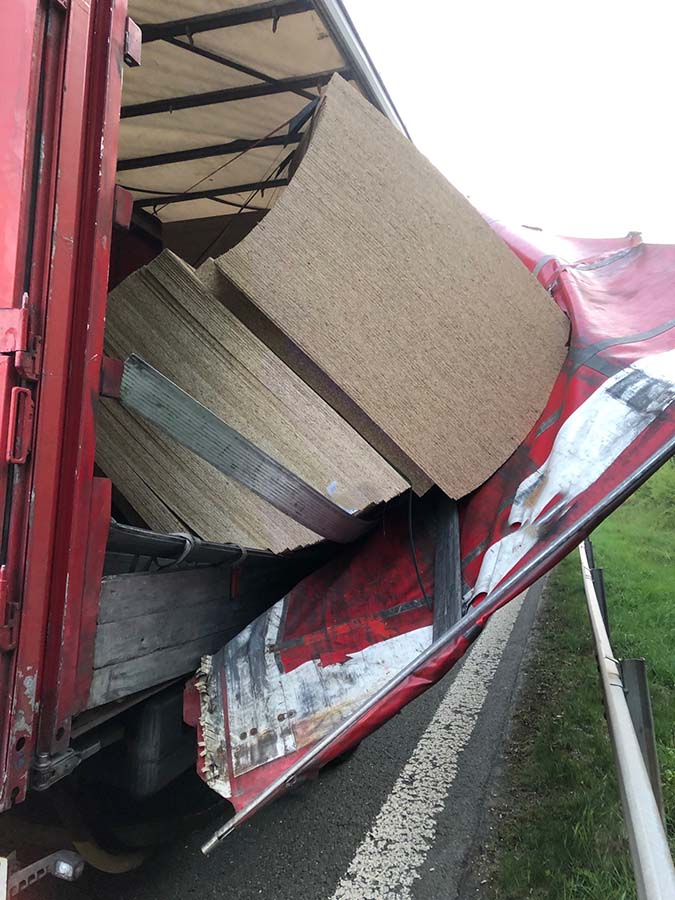 Unfortunately, there aren’t many photos, but the securing measures are not difficult to explain: Two packages of particleboard, stacked, no anti-slip materials used and the load was secured with two tie-down lashings. The packaging is a disaster, because if tie-down lashings are to be used, then the load units should be bundled to form a compact unit (hence the name). At least longitudinally, we see nothing of the sort. And laterally, we strongly assume that the same applies.

So why are the packages not spread over the road?

To give credit where credit is due, we note that the edge protection measures were probably very well executed, because the particleboard slipped sideways and hurtled into the belts with plenty of kinetic energy. The belts gave way, but only until they had (more or less) become direct lashings. They are as taut as the strings on a piano, but they still managed to restrain the load without failing (another close shave).

At this point, we really don’t need to explain that such dreadful packaging and load securing represent a deadly hazard.

We want to use the photos below, from a different inspection, to show that securing loads in this way is obviously common practice.

The photos that follow are from a different inspection in Belgium. Wherever the cargo was loaded, it is clear that no attempt was made even to create the appearance of a load unit with this load. The particleboard sheets, which have a very low coefficient of friction μ – usually even less than 0.1 – cannot be sensibly secured with tie-down lashings. Even anti-slip materials are not useful in this case, unless they are placed between each and every sheet, which are stacked loosely on top of each other in this example. But nobody on Earth has ever seen that done. 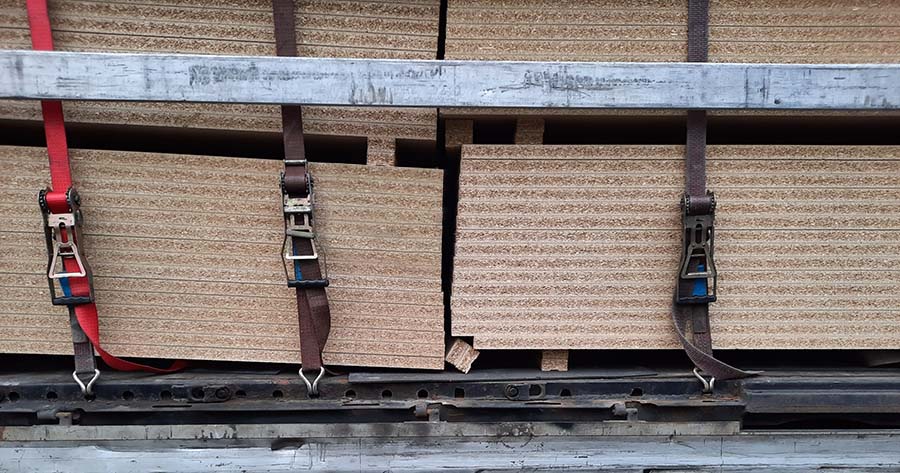 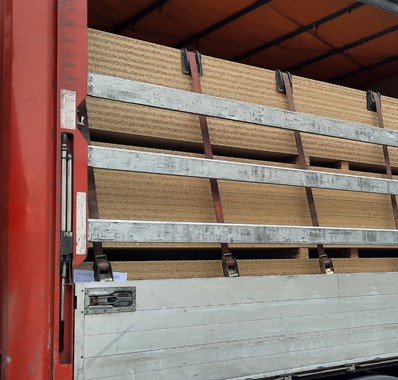 From this photo, we can only guess that the load has shifted to the left. What is more than obvious, however, is the potential danger posed by this load, because when the load closed up and shifted forward, the belts all became completely loose, as demonstrated in the short video following this text. This leaves the load completely unsecured.


Your load securing columnists wish you a safe and peaceful summer.