A precarious balancing act – or a foolish prank on the part of the loader! 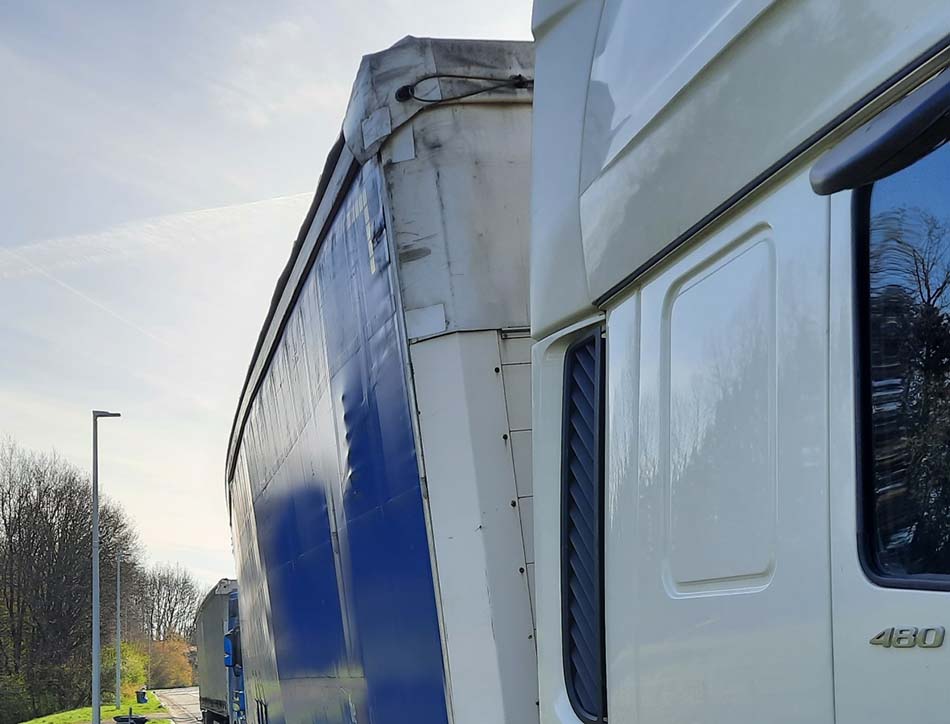 This photo shows what suggested to the Belgian Police that there was a problem here. Either the cargo was loaded to one side, which would not be right, or it had slipped, which speaks for the fact that the load was inadequately secured. 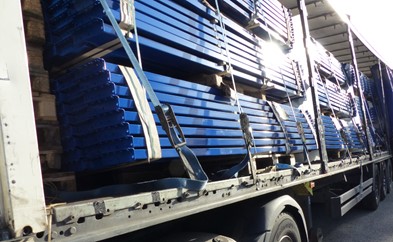 Figure 2 removes any doubt. The load is inherently unstable, in other words, the load units were poor and unsuitable for being transported in this way. The way in which the load is stacked is foolhardy. This image suggests that more than one mistake was made. A vehicle with a load that has slipped this much has to be taken off the road until the cargo has been loaded and secured properly. This vehicle was stopped and the cargo had to be unloaded, reloaded and secured properly before the vehicle was allowed to continue on its way. 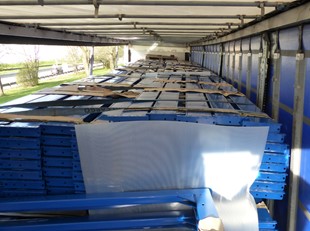 Figure 3 shows the disastrous load from a different perspective. The load is resting against the tarpaulin on the right of the vehicle and has shifted to such an extent that the vehicle, or at least the trailer, has tilted.

Figure 4 gives us some clues as to the root cause of the problem. Whoever loaded the vehicle had some idiosyncratic artists working for them. A sort of see-saw had been built for the load, but it was so weak that it had already broken.

Figure 6 really shows what’s going on. There are pieces of squared lumber placed laterally underneath the blue metal frames. These are in turn resting on just one pallet. Dunnage is usually designed to give a load a stable foundation. In this case, the opposite effect was achieved. The metal frames were so large that they protruded considerably in all directions. Because they were stacked, they were also heavy enough to break the unsupported squared lumber. It was as if those responsible had completely misunderstood the simplest laws of physics. The whole thing could have been from an episode of “Candid Camera” if it were not for the fact that this attempt to load the cargo was meant in all seriousness. Otherwise, no responsible loader would ever have allowed the driver onto the road.

Figure 6 shows that the precarious balancing act carried on through the second layer. Not only that: The entire vehicle had been loaded in this way, as we can clearly see in the next photo. 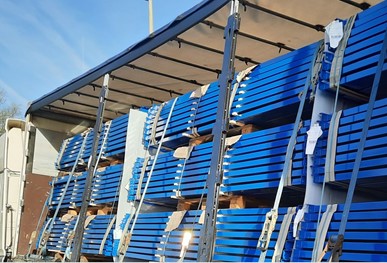 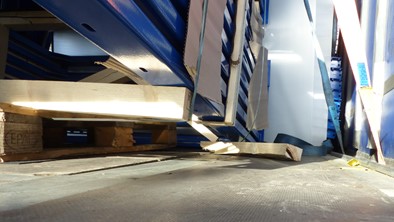 We should perhaps mention that anti-slip material had been used in some places, as we can see here underneath the bottom pallet, although none had been used on top of the pallet. 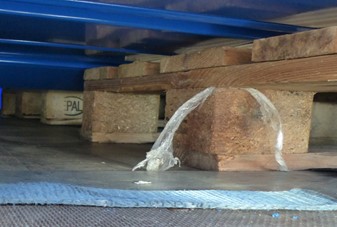 Here again, we see that no anti-slip material had been used.

The fact that the driver was still standing around at the inspection station after 11 days is testament to the state of at least parts of our transport industry. In our opinion, “shameful” is too mild an expression.

Your load securing columnists wish you a safe and secure merry month of May.