Question: Is this okay?

Let’s break down this question into a number of steps. 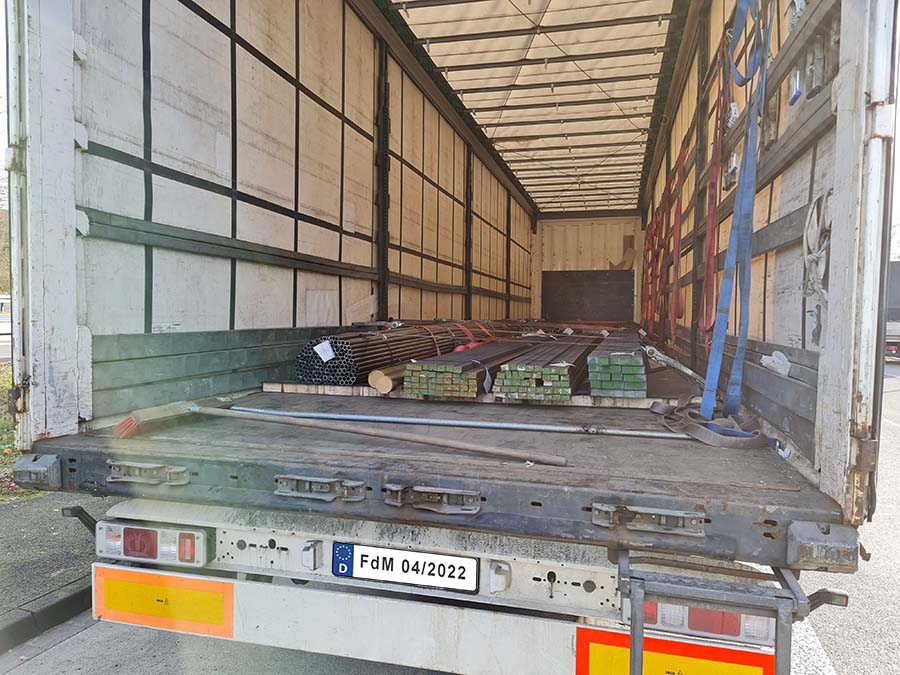 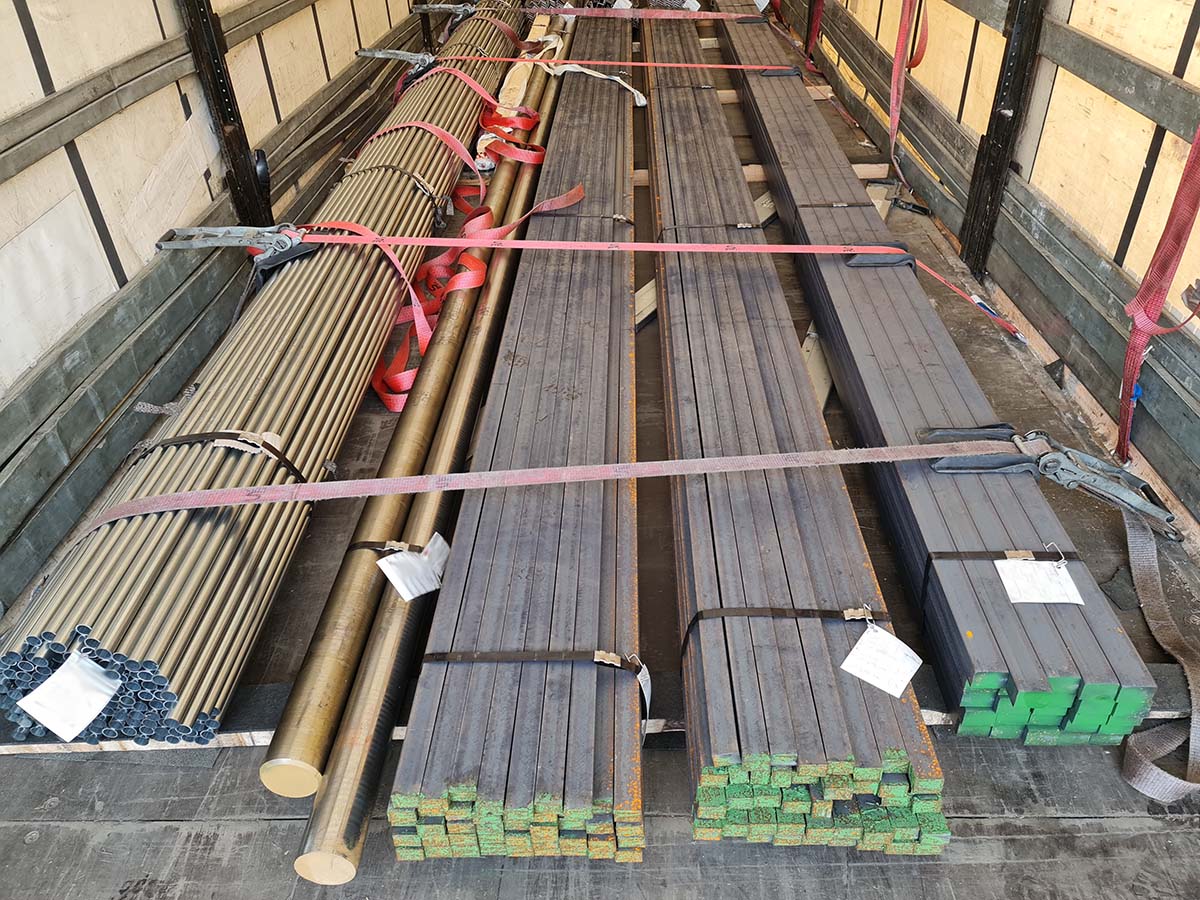 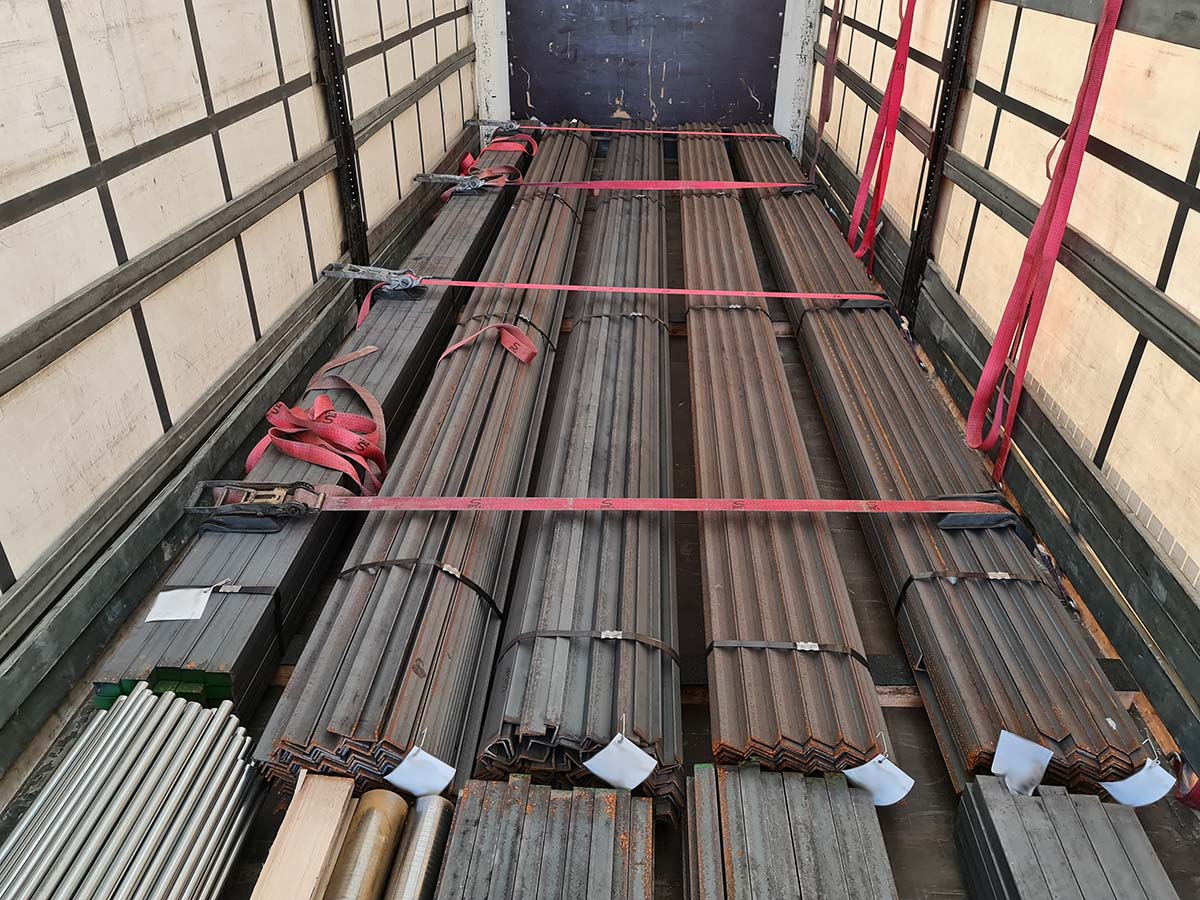 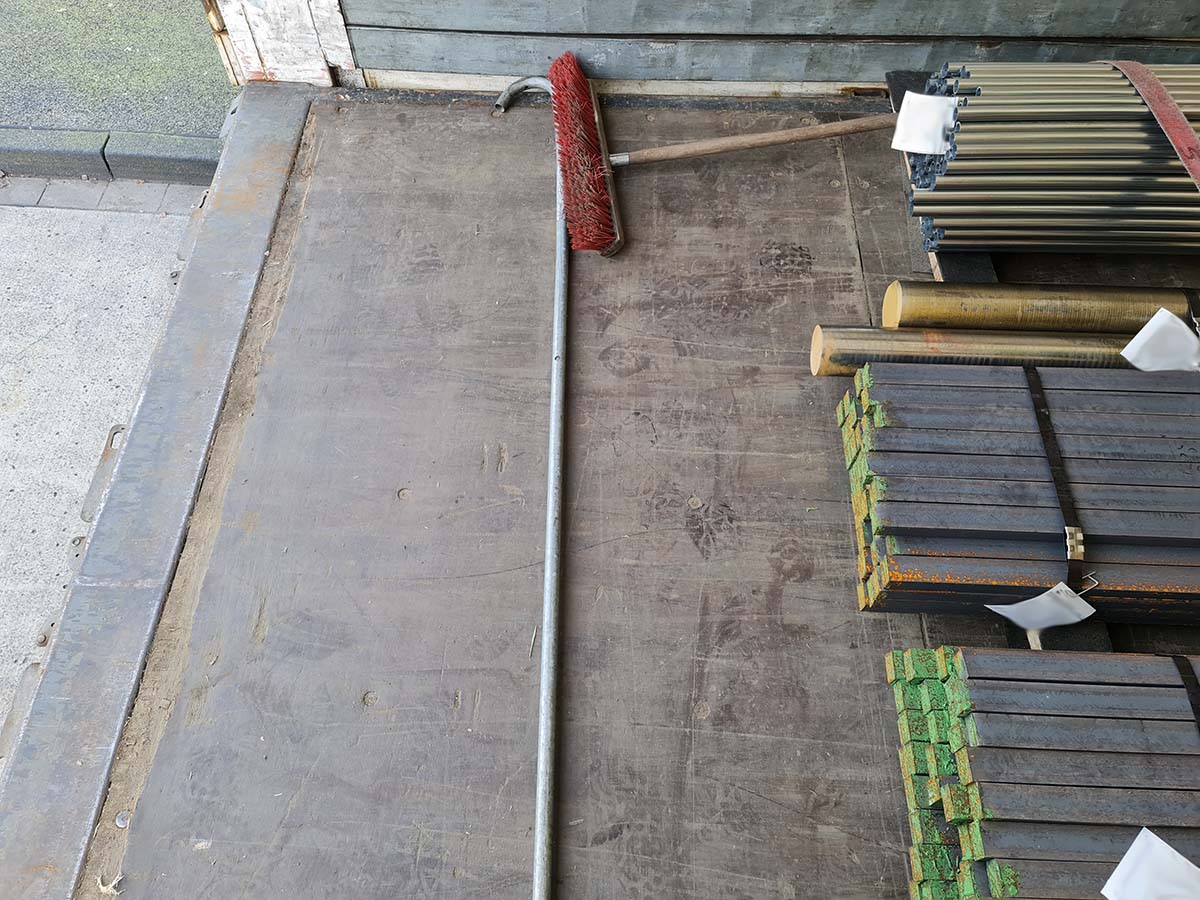 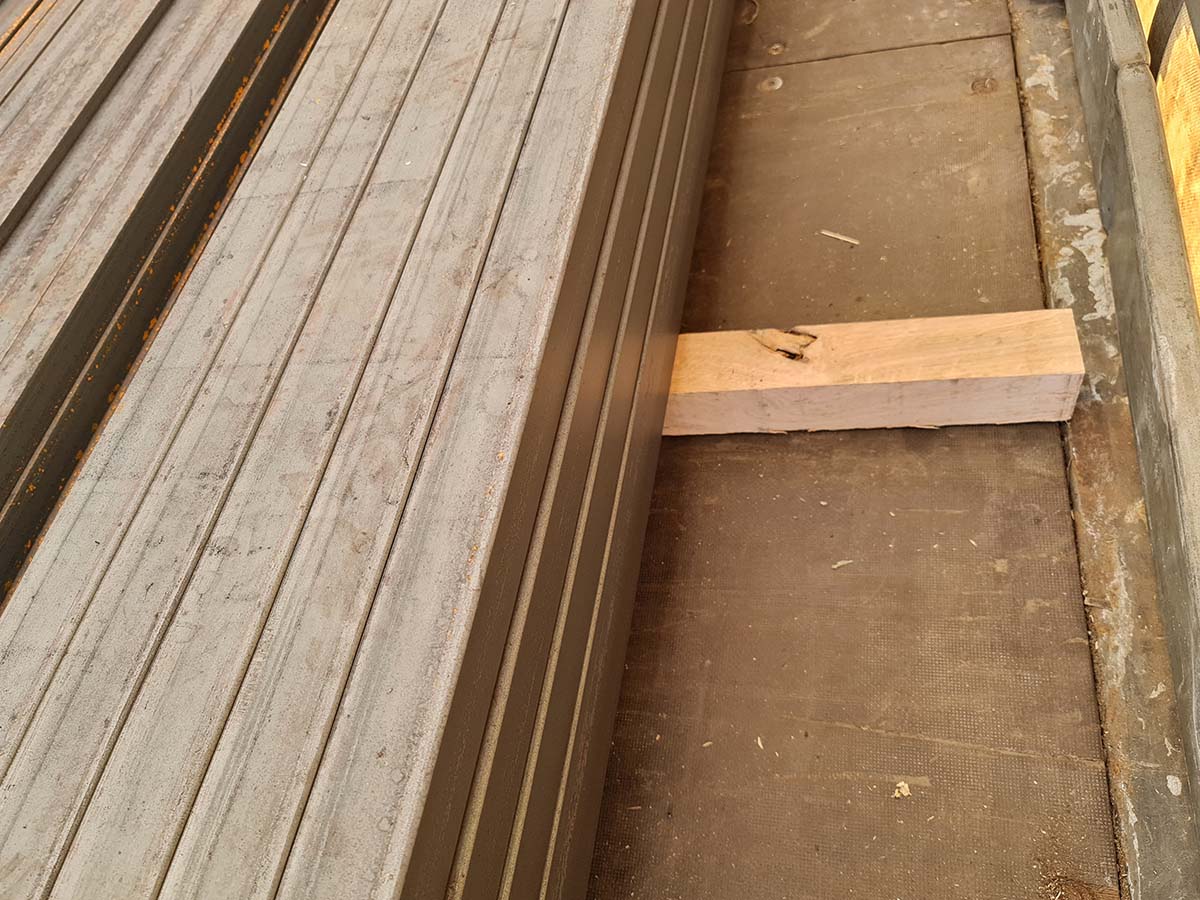 Re. 1.
From the very first photo, we can see, or can at least guess that anti-slip mats have been used. Figure 2. confirms that anti-slip mats have indeed been used, at least on top of the wooden dunnage. Anti-slip mats under the dunnage are just as important, as the friction has to be able to propagate systematically right down to the loading surface. And here we see gaps in the friction chain. Only when there is an unbroken friction bond between the load and the loading surface are we able to actually take the high level of friction provided by the anti-slip material into account. By the time we get to Figure 5, we can see that one piece of dunnage was missed out when the anti-slip mats were distributed. That's a pity! What coefficient of friction can we use? We always have to use the lowest value present in a stack or section. This has nothing to do with nit-picking: It is a question of safety and responsible behavior, as we cannot gage the effect friction will have when the load is placed under stress.

Re. 3.
Is the load distributed properly?

There is a tight fit to the end wall. The load is distributed evenly and there is a gap of more than one meter between the end of the load and the rear of the vehicle. With the load distributed in this way, the drive axle of the tractor unit will be overloaded if the trailer has been loaded to its full capacity. The load should have been distributed asymmetrically to shift the overall center of gravity further towards the rear. On most trailers, the load application point is approx. 0.8 to 1 meter in front of the hub of the first axle assembly. The load distribution curve, which all manufacturers will supply on request, describes in detail exactly where the overall center of gravity of the load has to act.

Re. 4.
One element of the vehicle is used to help secure the load, namely the end wall. The load had been placed as a tight fit to the end wall, but we would have liked to see some arrangement to distribute the forces at the end wall to prevent the wall from being damaged in the event of an incident. Two or three pieces of squared lumber stacked on top of each other would have been sufficient to protect the end wall. Assuming that the end wall complies with the Code XL requirements, it would be able to provide the remaining securing force to the front if the anti-slip mats were used properly.

Re. 5.
Are the load-securing measures adequate? No!

There are gaps between the packages and the angles of the lashing belts are very small (shallow). The gaps between the packages in the load are probably the result of the fact that the vehicle was loaded with a crane. Gaps are left to allow the lifting gear to be removed. These gaps must be filled to provide a tight fit again. This can be done without difficulty while the vehicle is being loaded by using two (or preferably three) pieces of squared lumber placed on end. T-pieces can be made and placed between the load units to eliminate the need to hold the lumber in place. The surfaces indicated with red hatching should be covered with anti-slip material. 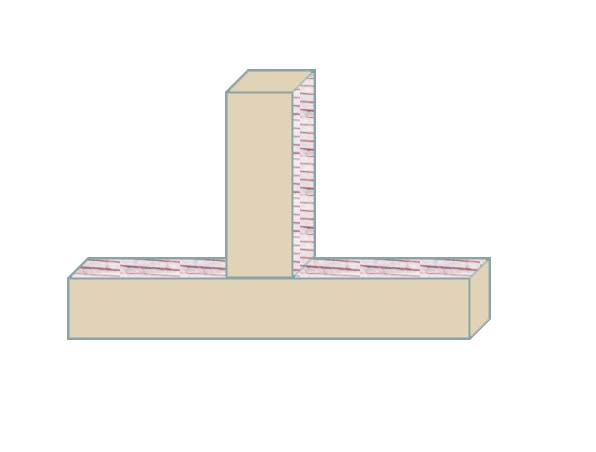 Re. 6.
The gaps to the sides of the load units are the biggest problem with this load, as they mean that the tie-down lashings will be useless. The tie-down lashings do not just press the load downwards; they also press it (diagonally) inwards. As a result, the vibrations from the motion of the vehicle will cause the load to move closer together after just a few kilometers. This reduces the overall circumference and the pre-tensioning force vanishes.

The second, bigger problem is the angles of the tie-down lashings. As we said, load distribution was not taken into proper account when this vehicle was loaded. It would therefore be possible to move packages from the front and stack them as a second layer on top of the rear packages. Doing this would considerably improve both the angles and the position of the center of gravity. To allow the friction to be propagated systematically here as well, the second layer must be loaded on sandwich elements, the same as with the first layer. 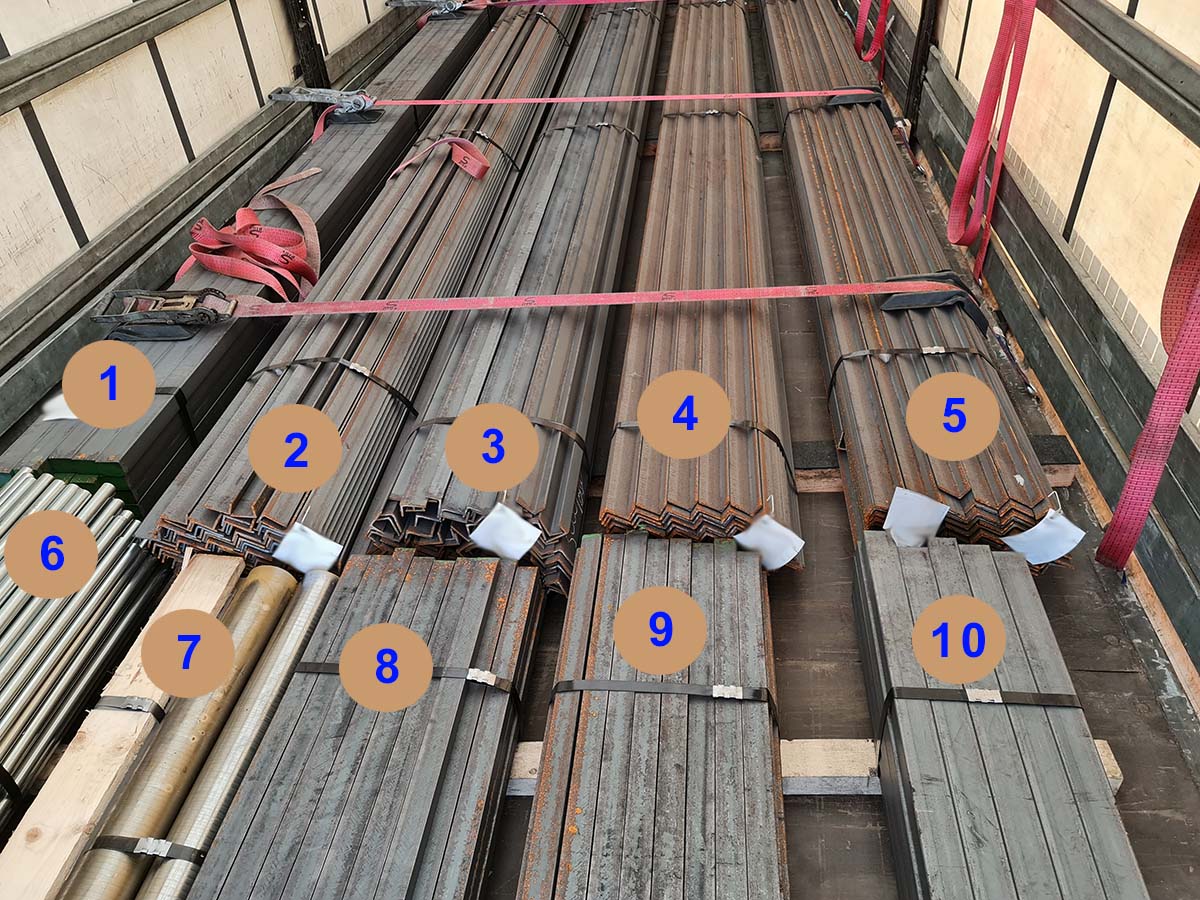 Your load securing columnists wish you a safe and secure spring.