The long and winding road to safe transport 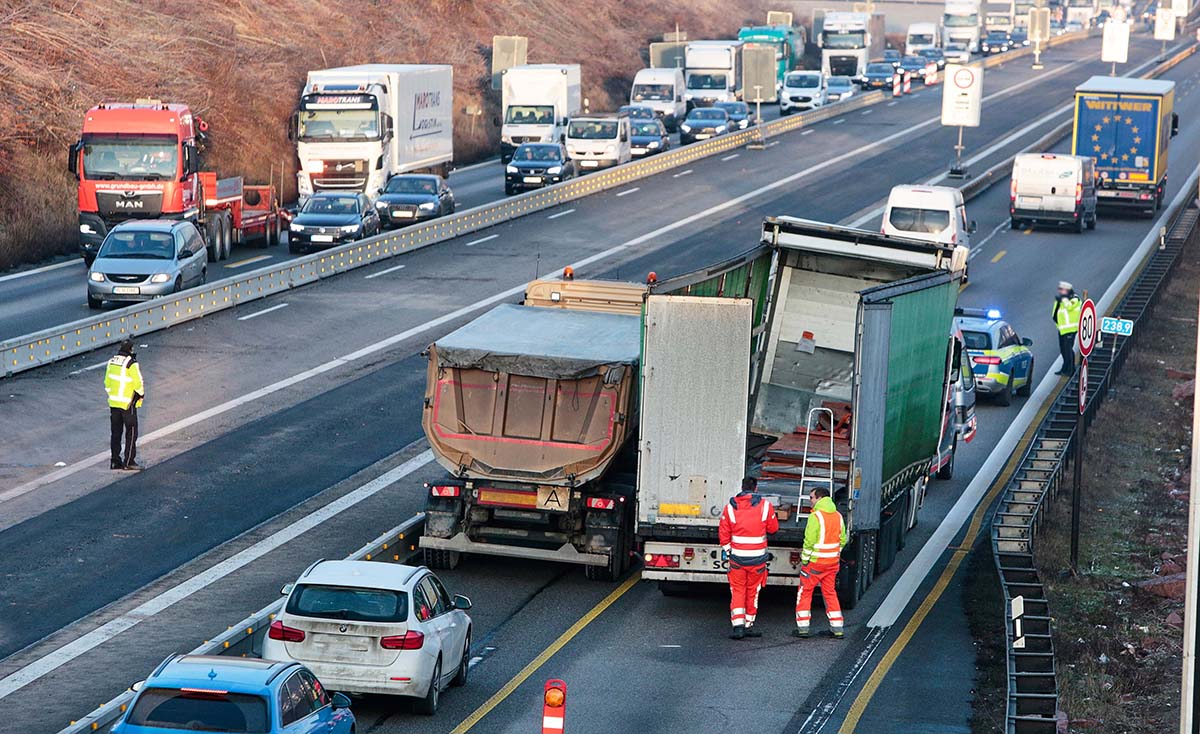 An accident that occurred around roadworks and was caused purely by poor securing of the load led to the road being completely closed. The closure may have lasted one or two hours – we don’t know. But the consequences were not inconsiderable. How many people were late for their appointments? And trucks with their loads were at a standstill with the clocks ticking all the time. Work time, vehicles and materials used and so on. And why? We want to have a closer look, even if we sometimes feel we are tilting at windmills. We simply won’t give up! 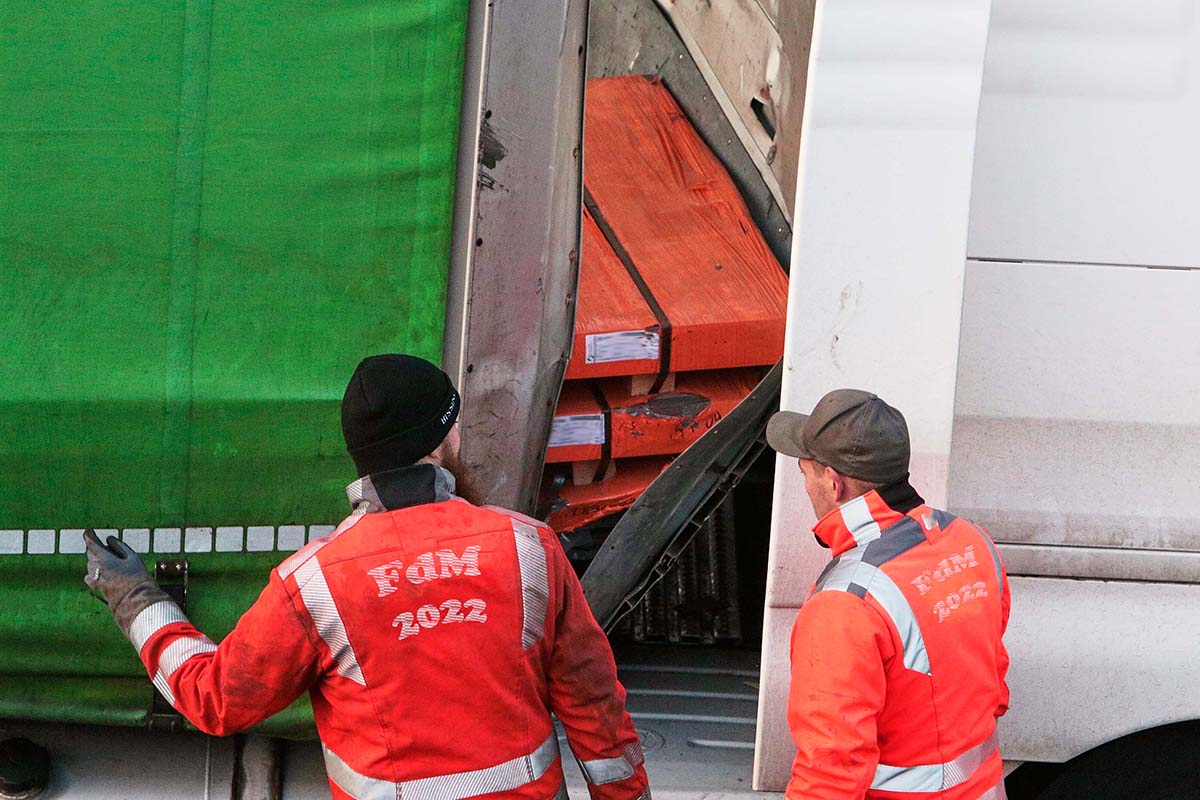 This photo speaks volumes. The presence of the road assistance crew indicates that assistance or recovery is underway. The end wall had been torn open from the inside by the load. The supply lines from the cab to the trailer had been ripped off. This meant that it was not possible for the vehicle to continue on its way, and so the load had to be transfered to another vehicle. 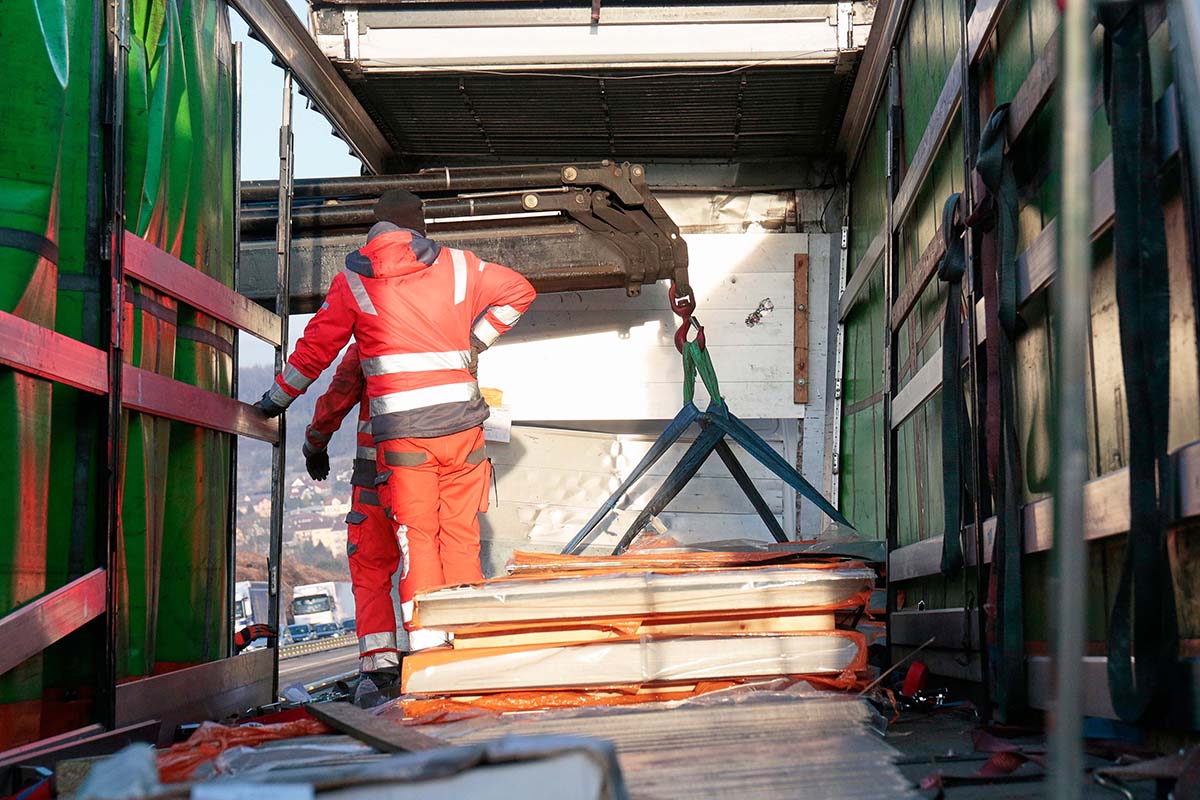 The load was made up of packages of steel sheets wrapped in plastic. The packages were clearly not bundled with steel straps longitudinally. We don’t know whether the steel sheets had been coated with oil, but we assume that they were, given the distance that the sheets moved and the “work” they were able to do. 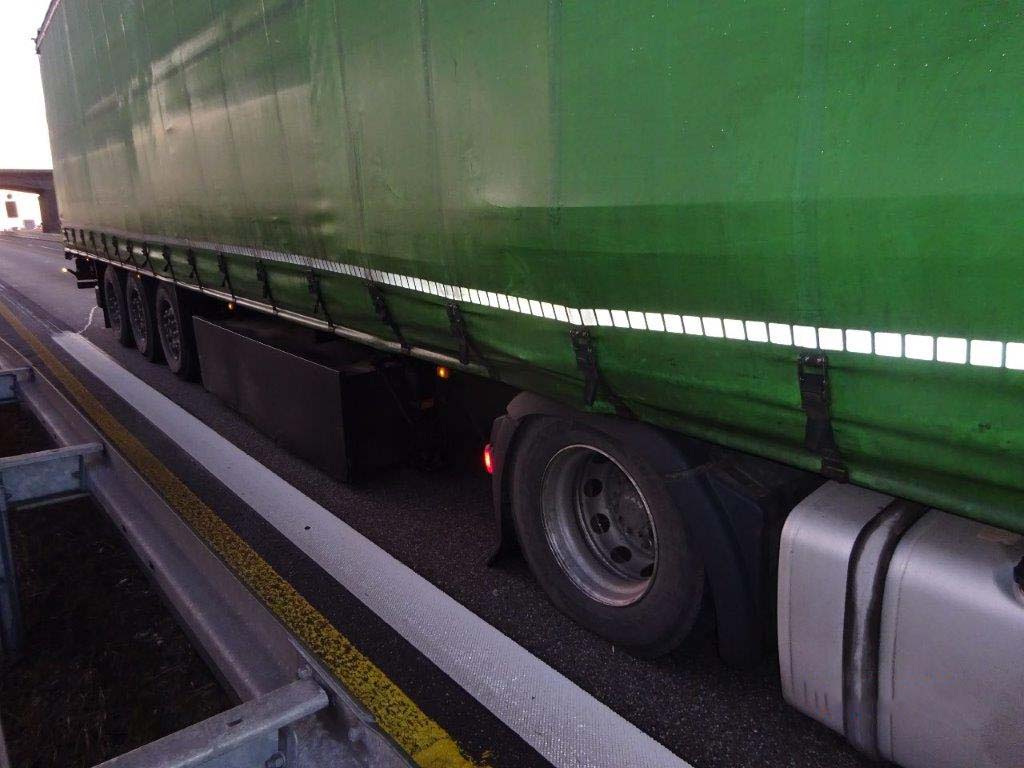 Even though the vehicle braked in a straight line, the load shifted to the right, which also suggests a very low level of friction. The tarpaulin has bulged significantly, but it just managed to hold the load. If the vehicle had braked in a corner, the steel sheets would have penetrated the tarpaulin and would have fallen onto the carriageway. If there had been any oncoming traffic, there would have been a serious risk of fatalities. 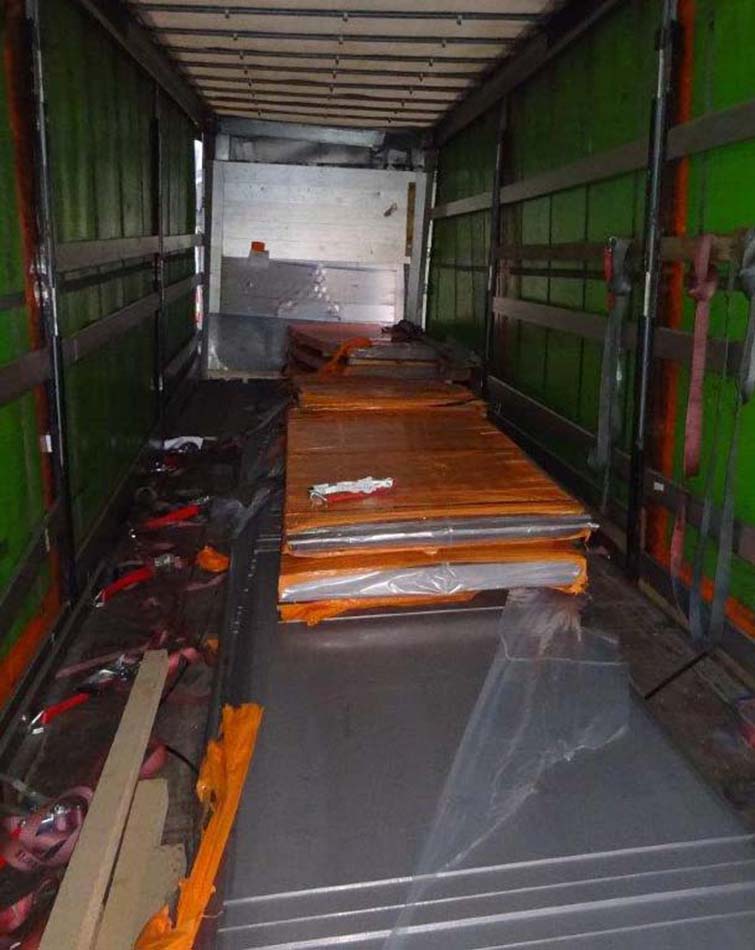 This photo gives an impression of the forces that were unleashed and of the way in which the load was secured.

How to load this cargo correctly: