A host of guardian angels came down!

In this season of Advent, where we are filled with a sense of spirituality, hope and a belief in a better world, we have found proof not only that guardian angels really exist, but also that they were absolutely on the ball this time. So how did we come to this conclusion? Because the driver of this articulated truck escaped injury. 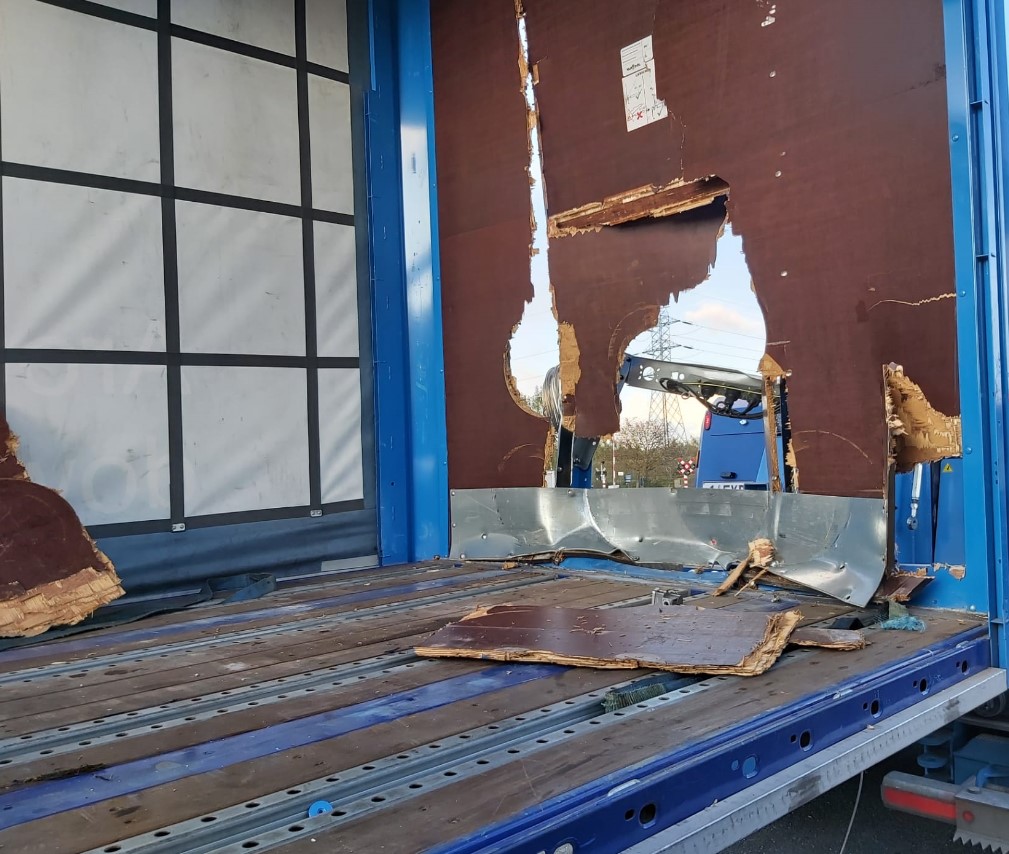 He certainly got the fright of his life, and perhaps he has come round to the idea that sheer weight does not make a load secure. But sadly, this superstition (that’s so heavy that it simply can’t slip) is well entrenched. Sometimes it seems that the human imagination is not capable of grasping that a mass that cannot be moved by a person is perfectly able to move on its own, and particularly so during a braking maneuver. The fact that 400 to 500 horsepower (and sometimes more) are available for transporting the load and that the latest generation of disc brakes are used for braking seems to be quickly forgotten. Perhaps a load-securing course would remind people and even hammer it home so that it is not forgotten.

By starting with this picture, we are working our way backwards, i.e. starting with the consequences. To give our readers a better idea of how this end wall came to be destroyed, here are the “culprits”. 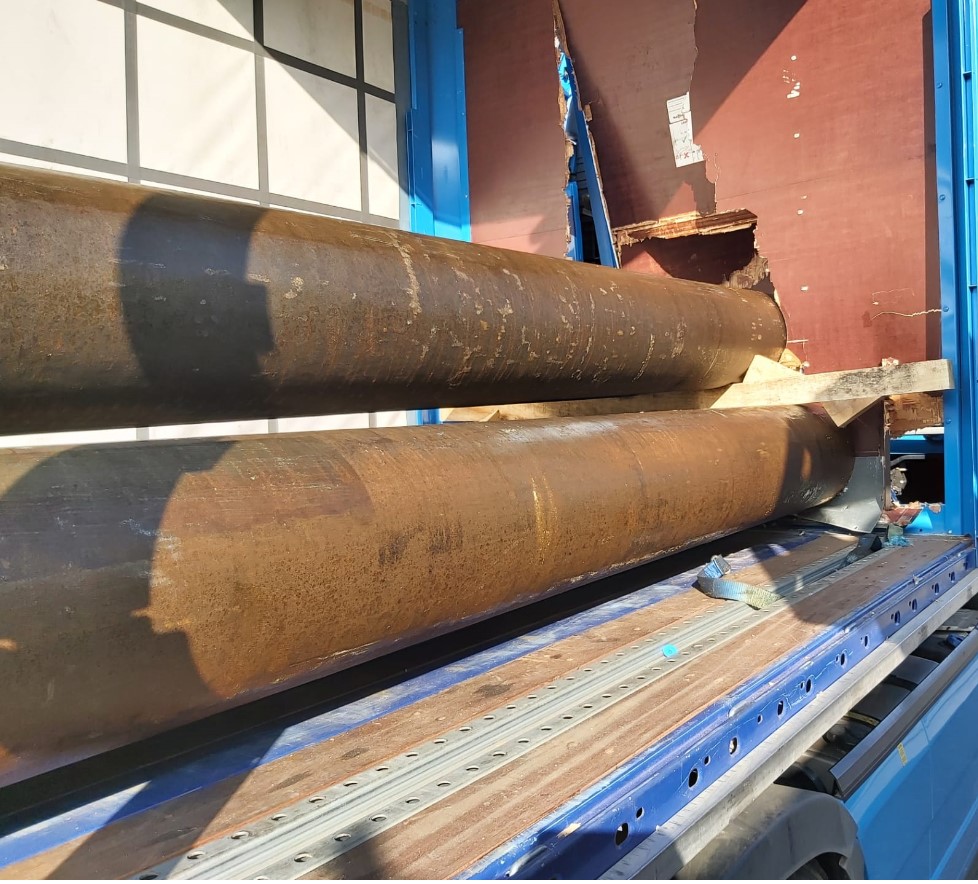 Unfortunately, we do not have all the documentation for this case, so we will have to improvise a bit. In Figure 2, we can see pipes that were stacked using intermediate dunnage. But at the moment, we can’t see the counterpart of this dunnage on the loading bed. We don’t know exactly how the pipes were stowed there… 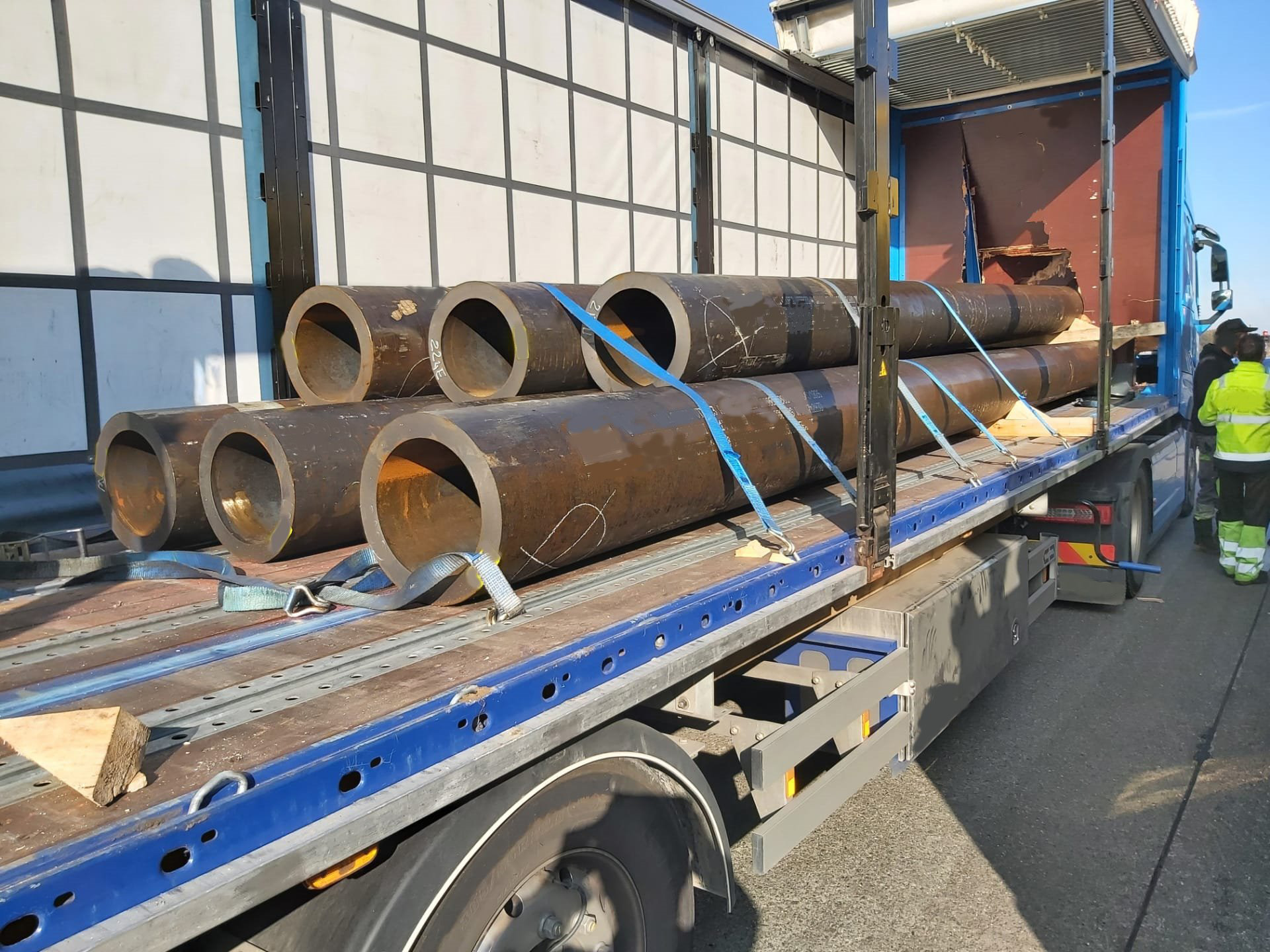 Figure 3 suggests that there were only two pieces of dunnage, one on the loading bed and one under the second layer. But Figure 4 sheds some light on the matter: 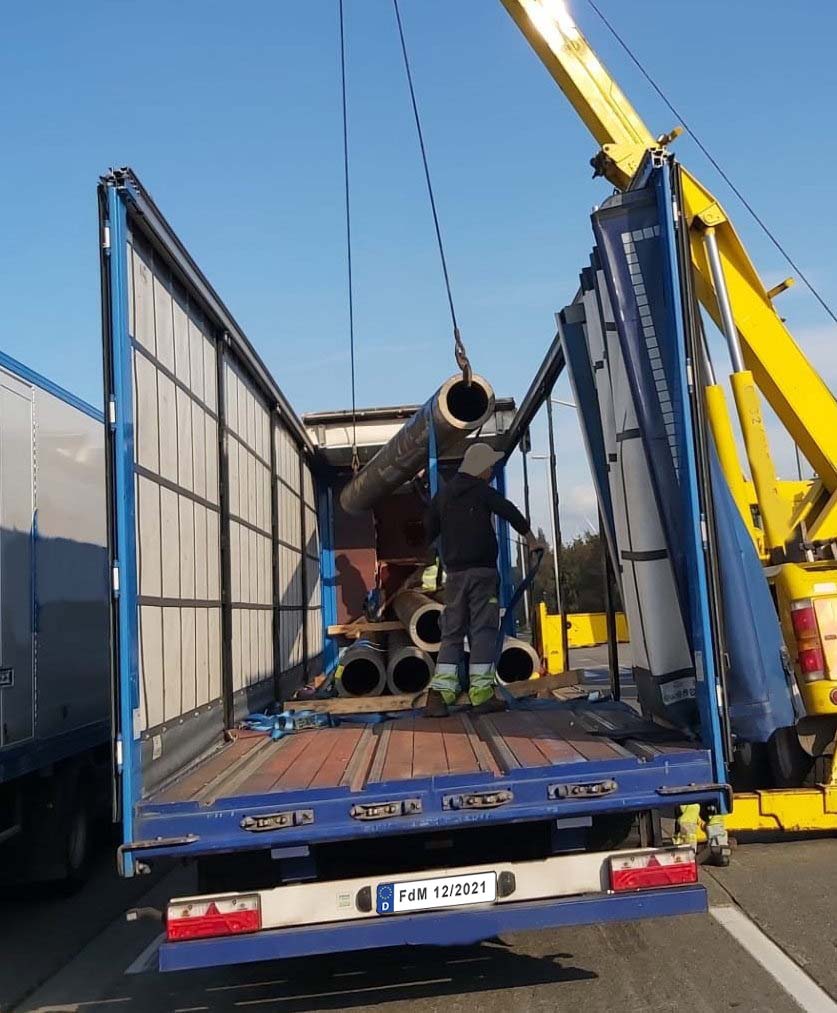 Here, we can clearly see that the bottom layer has slipped off the dunnage, which is now lying behind the pipes. However, we have no idea where the rearmost dunnage from the upper layer is (if indeed it ever existed). And we also don’t have any pictures where we could look for any marks that may be present that would indicate slippage.

25 tonnes of pipes, seven in total weighing 3.6 tonnes each, were “secured” with tie-down lashings. We don’t know how many belts were used, but we assume that there were 8 or at most 10 tie-down lashings. The really interesting thing here is the coefficient of friction, because we are dealing with steel with a film of rust, resting on sawn softwood, which is in turn resting on textured, coated board with sheet steel inserts. If there was no dunnage at the rear of the second layer, then the friction pair at this point is steel on steel coupled with steel on softwood in places. The dunnage has slipped on the loading surface and on the load itself. The pipes certainly slipped off the dunnage at the rear and were able to generate or maintain sufficient kinetic energy relative to the loading bed to destroy the end wall and penetrate the driver’s cab. Given the rather unfavorable friction pairing, we assume a maximum coefficient of friction μ of 0.3. At a pre-tensioning force of 800 daN (STF 400 daN) per lashing, we get 8000 daN x 0.3 = 2400 daN of securing force with 10 lashings (ignoring the angles). However, this load would have required 12,500 daN of securing force (25 t x0.5 = 12,500 daN).

Securing to the sides:

We have another fundamental problem here. The nails in the wooden wedges are the only way in which the load is secured to the sides. These provide a maximum of 400 daN securing force with the following provisos:

Note on nails in wedges:

If more than three nails of the size given above are driven into wedges, this impairs their stability. There is a risk of them splitting.

How would we have secured the load? 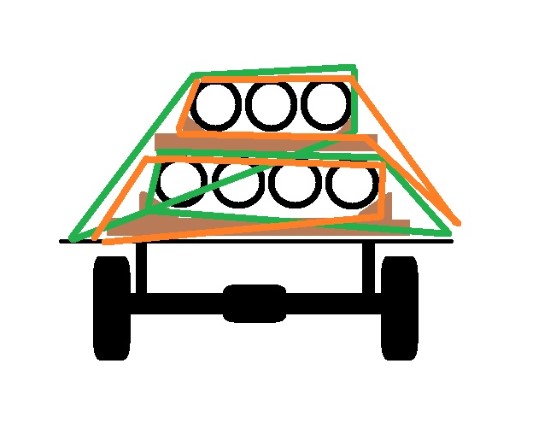 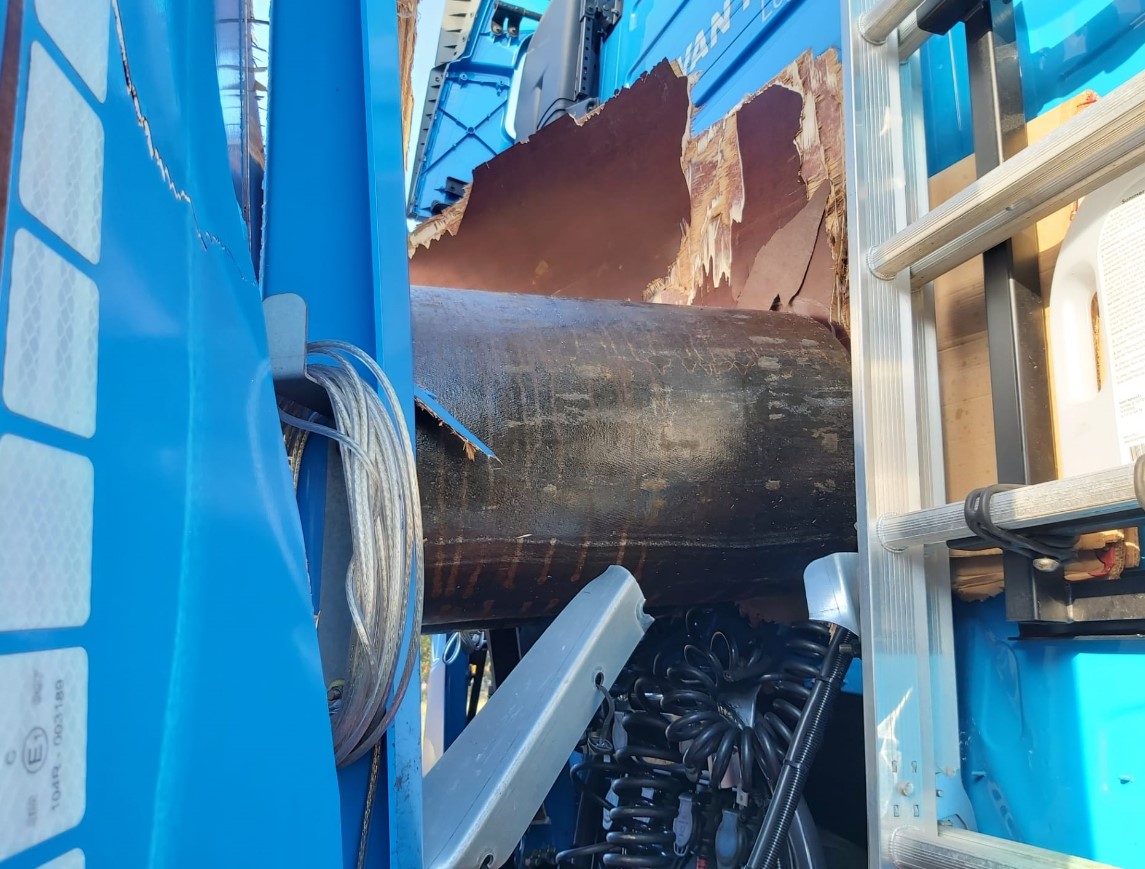 But we completely fail to understand how a loader, who has the same responsibility as the driver, can send such a dreadfully secured vehicle out onto the roads. What would have happened if the driver had been injured or killed?

In this respect, everyone involved should be grateful that the guardian angels have once again excelled themselves.

We wish all of our readers a peaceful Advent!