Seen recently in Belgium: A small truck with a pronounced list. 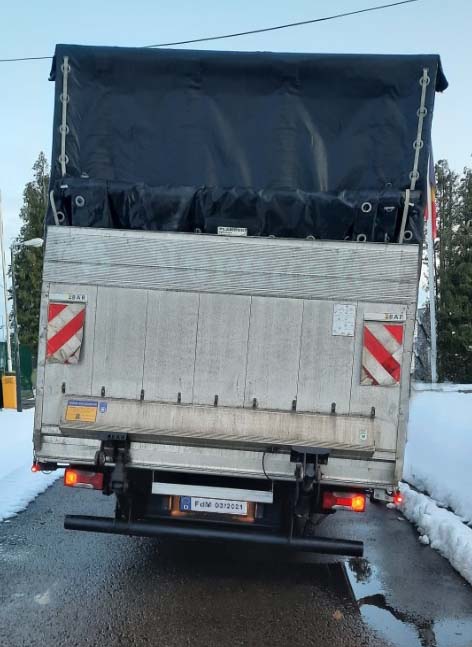 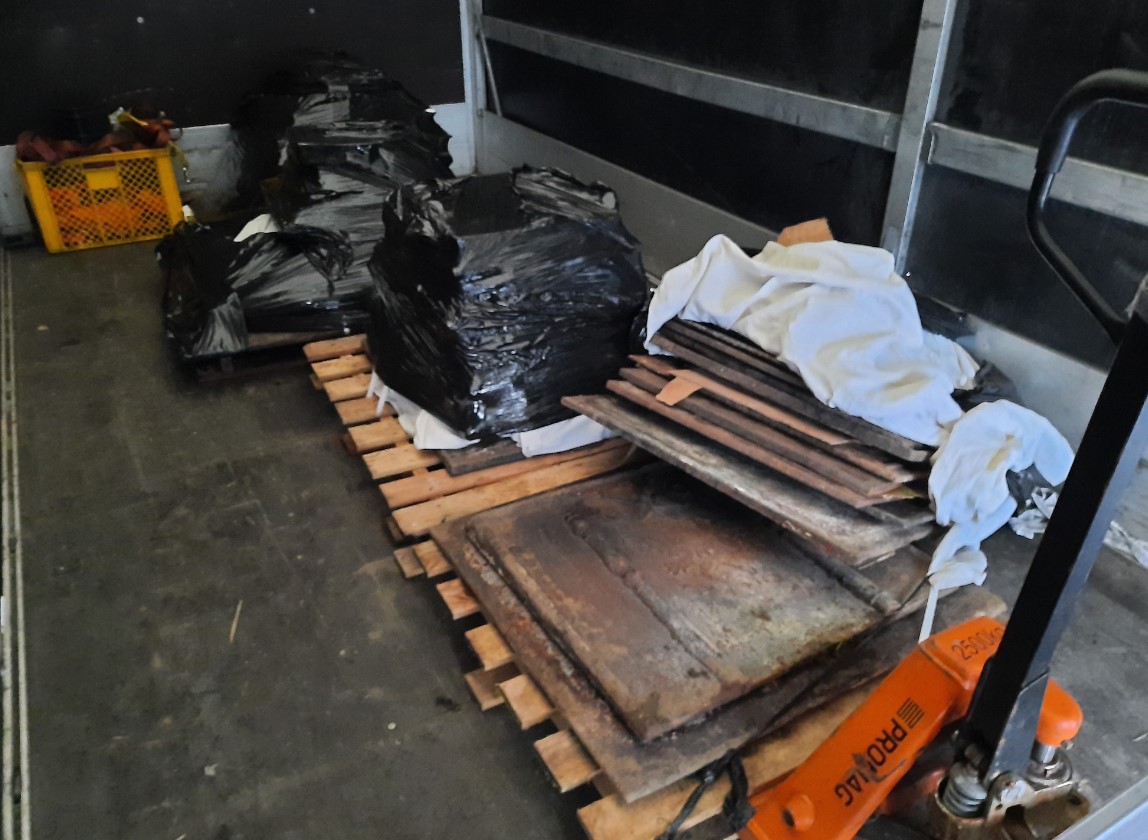 And the intuition of the Belgian police officers was proven right. The vehicle was carrying three pallets of scrap steel plates. This was probably far too heavy a load for the vehicle and, to make things worse, the load was completely unsecured. And this even though there was a basket full of securing materials at the front of the vehicle. We have no idea what to make of the black plastic sheeting wrapped round the pallets. The sheeting really wasn’t up to the job of forming load units.

It is probable that the load began to slip as the vehicle rounded a bend. And there are lateral marks on the loading surface that suggest this. The rearmost load unit had clearly been stacked particularly badly, with the result that the sheeting could no longer cope and the “load unit” soon began to break up.

Whenever material like this is to be transported, it is always advisable to bundle plates of a similar size with steel straps attached crosswise to allow a stack to be handled as a single load unit. Because there were no steel straps available, those responsible simply dropped the idea of forming a load unit, preferring simply to wrap some black plastic sheeting around the stack, which at least meant that the danger was no longer staring them in the face.

After the plates have been bundled effectively, they should be packed on pallets, which should be of the same size as the steel plates. Only then is it possible to load them as a tight fit and secure them properly with tie-down lashings. We have no wish to comment further on the fact that the vehicle was overloaded by around 100 %.

This is another case where anti-slip mats can play an important role, both between the pallet and the steel and, of course, under the pallet. With loads like this, we recommend two loop lashings to each side for each pallet. The loop lashings also pass round the pallets, which are of the same size as the plates. They provide additional stability to the load unit and support the steel straps. In addition, they generate so much pre-tensioning force that they not only provide direct securing to the sides, but also take care of securing to the front and rear as a result of friction.

Look after yourselves and get through the current crisis safely and securely!