Belt-eating banana in the vegetation 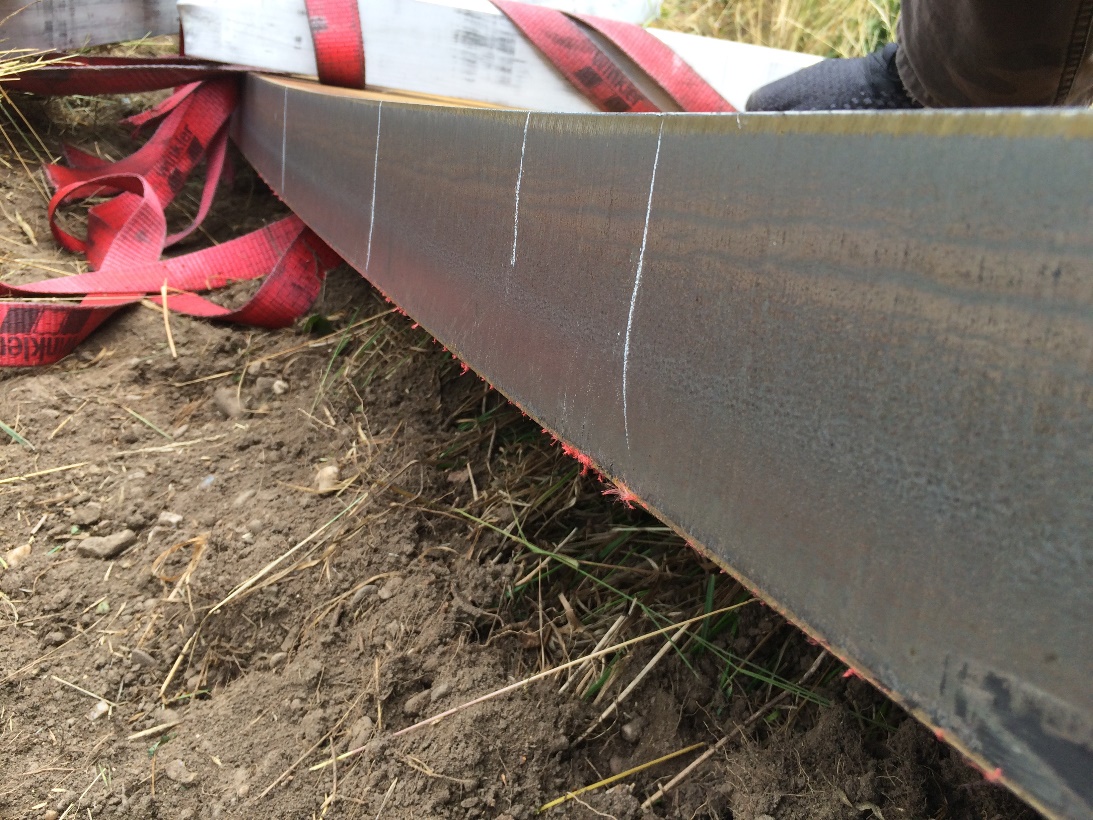 Figure 1 partially explains the title of this Photo of the Month. We can clearly see that the belt has been chewed to pieces. We think it is a very revealing photo. In principle, belts are phenomenal items of securing equipment. Compared with chains and wires, they are extremely light and easily handled. But there is no silver lining without its cloud; Even though belts do a wonderful job when securing loads, they are dreadful when it comes to their resilience against damage. When they are used, belts have to be protected against sharp edges and abrasive materials, otherwise they are of no value for securing a load. In this case, the belts had little or no value in securing the load, partly because they were not protected and partly because the securing method that was chosen made no sense, but more of that later. 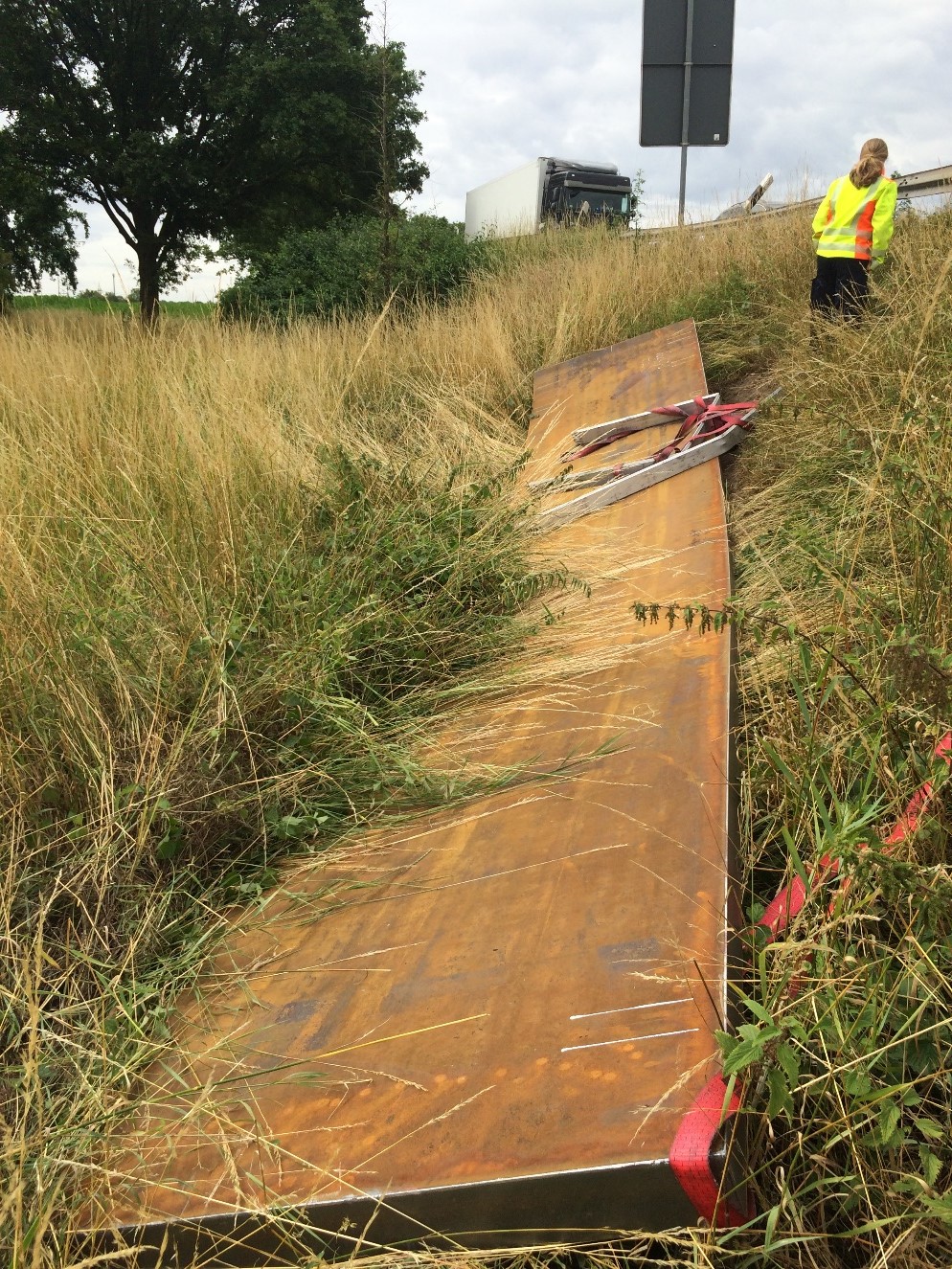 Figure 2 explains the rest of the title of this Photo of the Month. The load comprised two “banana-shaped” sheet steel elements. We chose the term “banana” to describe the slight curvature of the 100 mm thick, 9 m long sheet steel elements. They were loaded on edge and next to each other in the form of an “S”. The vehicle followed a shallow “S” trajectory (first slightly to the right, then slightly to the left, and finally to the right again to join the main carriageway). The road was sloping downwards a little. These slight “S” bends were enough to unintentionally “unload” one of the steel bananas. We don’t want to go into how a truck shedding a load like this could have cost lives if it had happened elsewhere. We shall merely acknowledge the fact and breathe a sigh of relief. What we do want to do today (and we hope we are not boring our regular readers) is to once again look in greater depth at tie-down lashings. Why? Well, let’s just take a look at the next two photos… 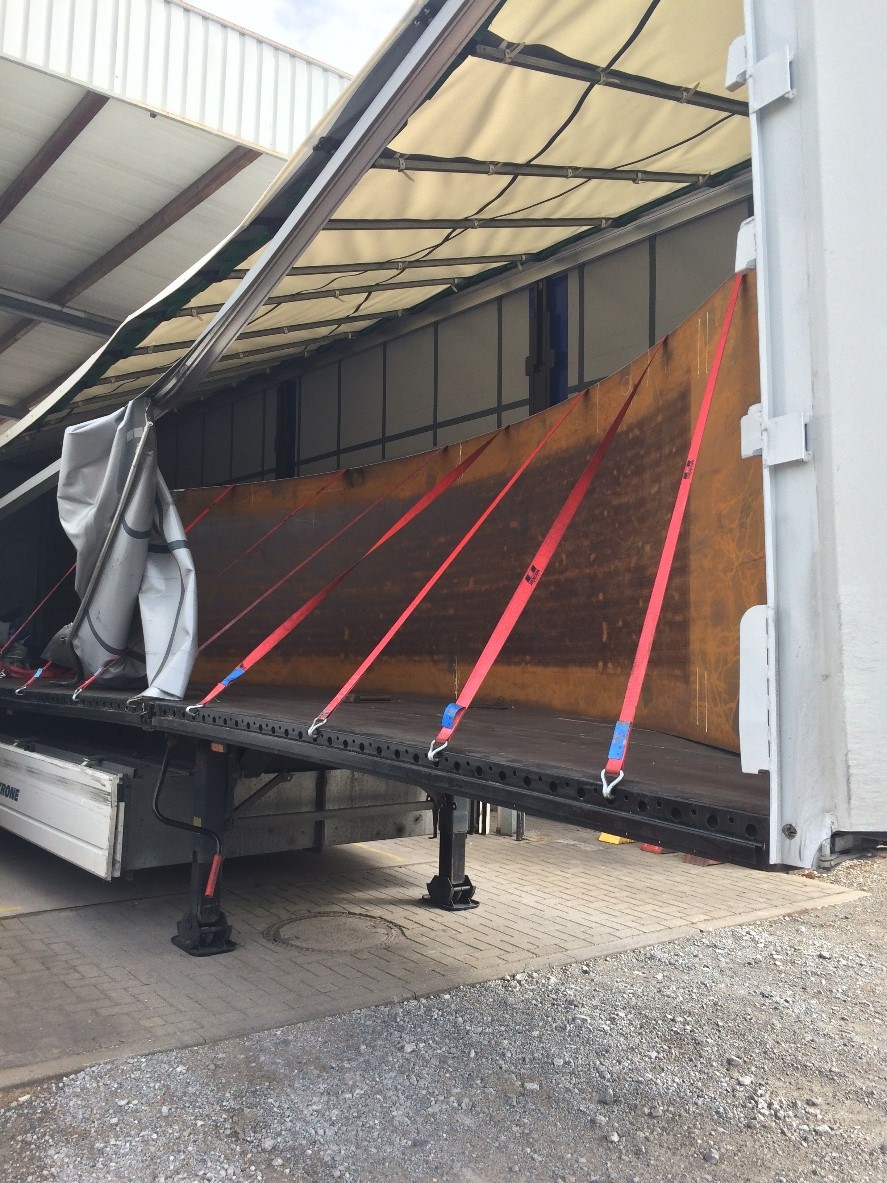 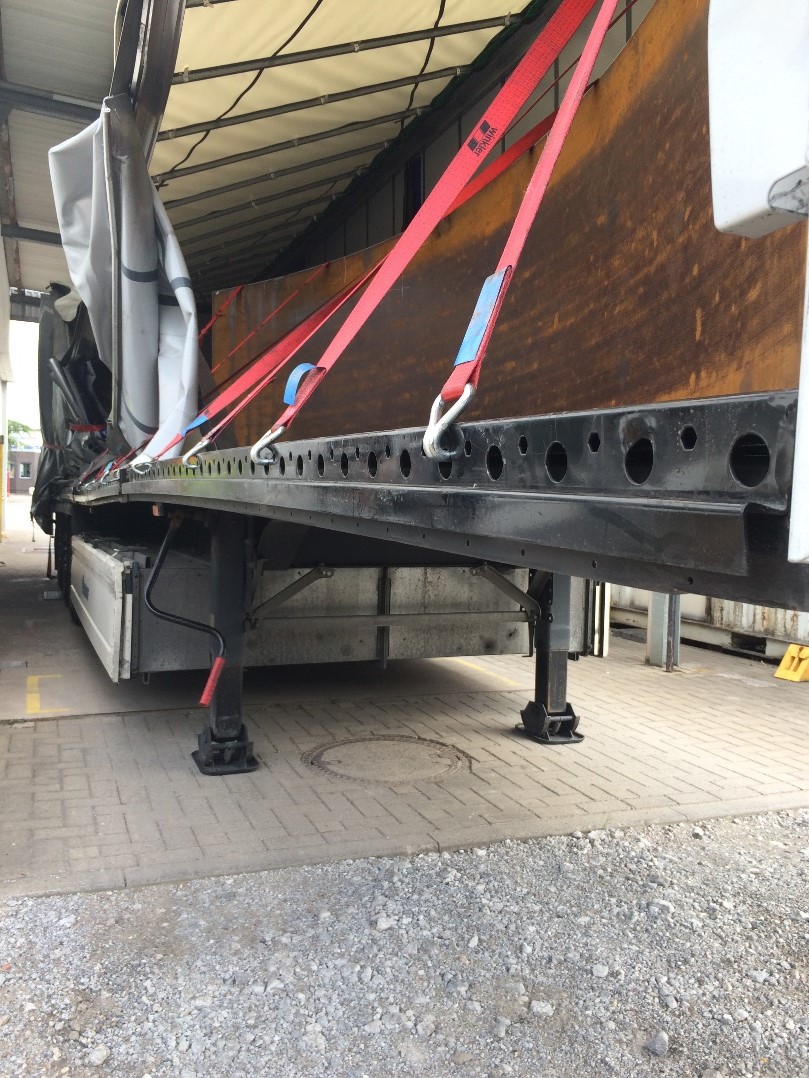 Some people, in all seriousness, had the absurd idea ….

But before we start, a word about tie-down lashings in general: 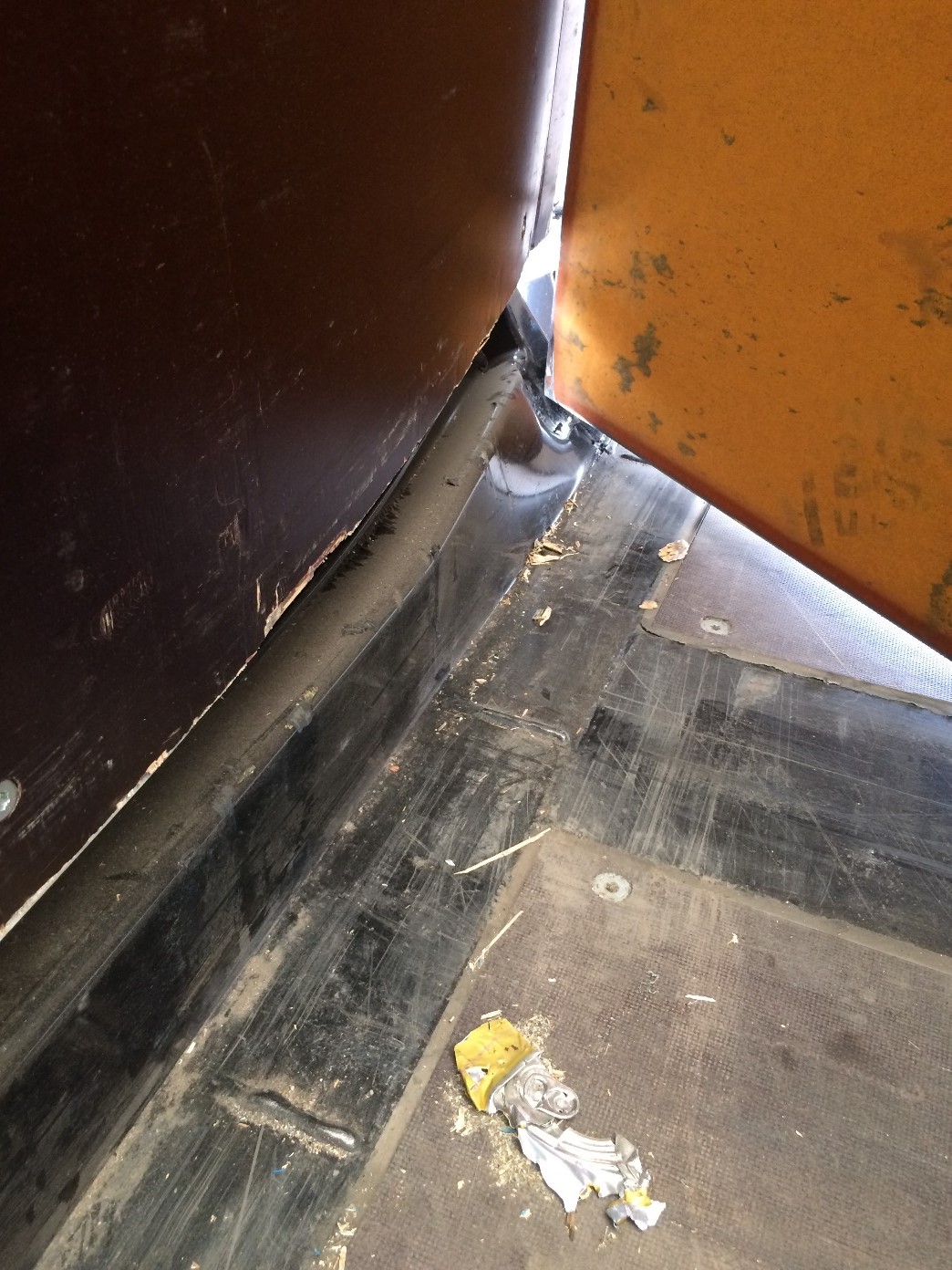 Figure 5 shows the end wall of the vehicle with the remaining steel plate. Given that one of the two steel plates was lost due to lateral acceleration as the vehicle was negotiating the shallow S bends, we could not initially explain why the second steel plate chose to ram the end wall as well. The police officer at the scene gave us his version, which makes eminent sense to us: When the driver realized that he was losing his load, he braked sharply, which is a normal reaction in such a dangerous situation. Because, as we have discussed in detail above, the steel plates were appallingly badly secured, the plate that remained on the vehicle was able to move almost unhindered during braking. It was only stopped by the end wall. Even though it was not far to the end wall, the 10 tonnes were enough to give it a good battering. 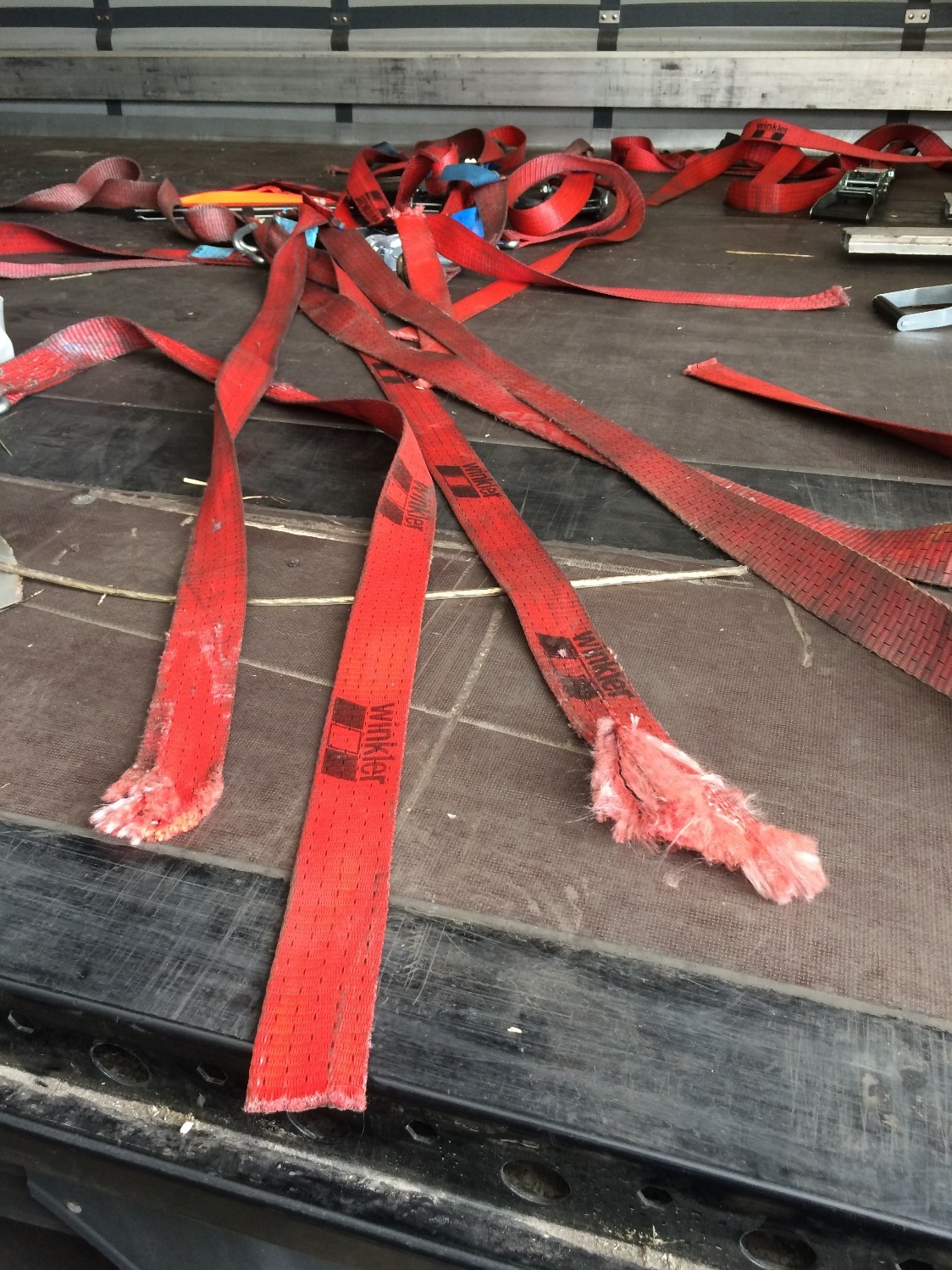 A hodgepodge of chewed and sliced belts. This photo clearly shows the weak point of the otherwise so immensely versatile and useful belts. 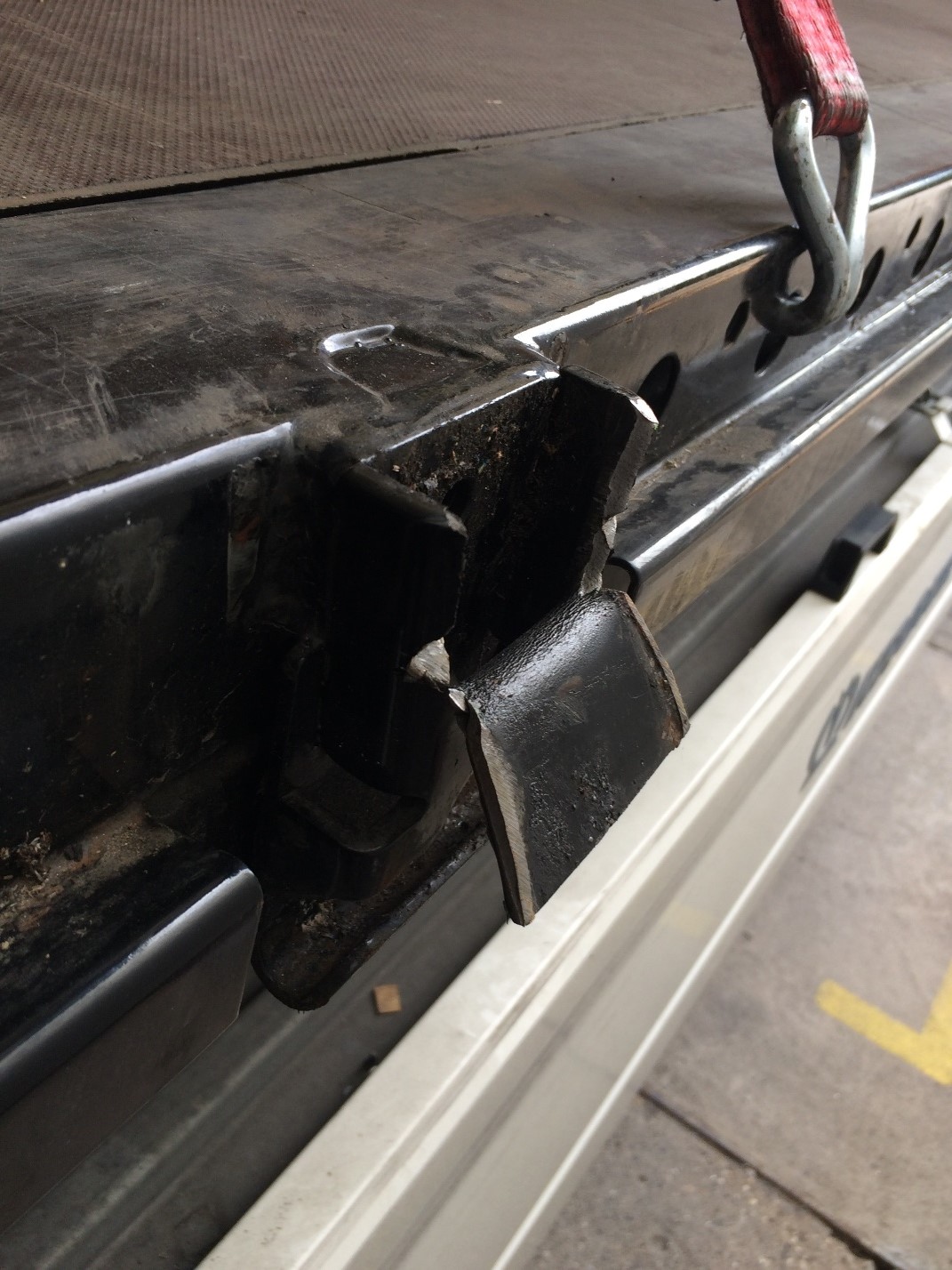 Here, the term collapsible stanchion has been taken a little too literally. Once 10 tonnes of steel are in motion, nothing is going to stop it easily as you can see from this broken stanchion pocket. 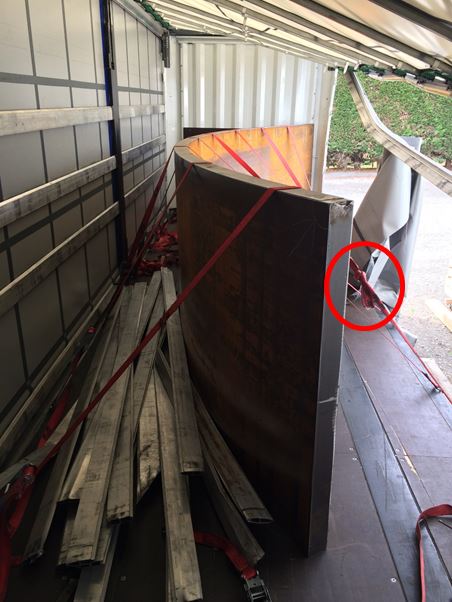 Last but not least, instead of talking about the knotted belt, which really is of no great bearing in this load-securing catastrophe, we shall consider the stability of the steel plates. Without the curvature, the question is quickly answered. However, if the plate is curved, the footprint is increased. But is that enough? Let us imagine a line from the front edge of the plate to the rear edge of the plate. Now we measure the imaginary width in the middle and add the 100 mm thickness of the plate. If the total is greater than half of the upright height of the plate, there’s no problem. If it is less, the steel banana is not stable and this has to be taken into account when it is being secured.

Anyone familiar with our column can guess what's coming. And we don’t want to disappoint you: 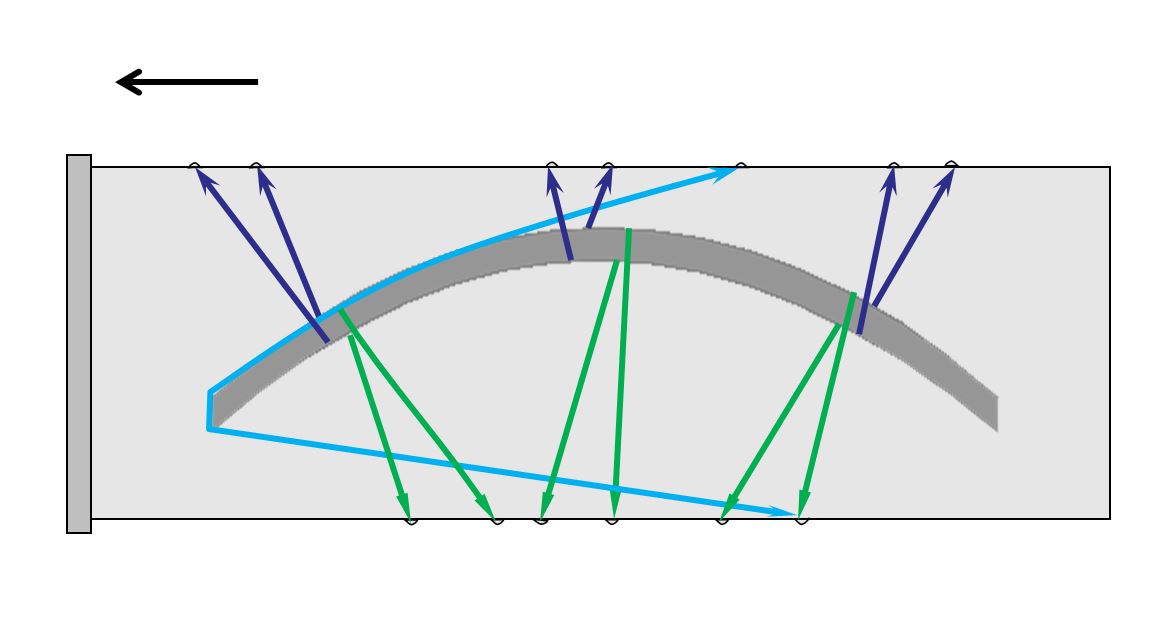 Your load securing columnists wish you a safe and secure summer.