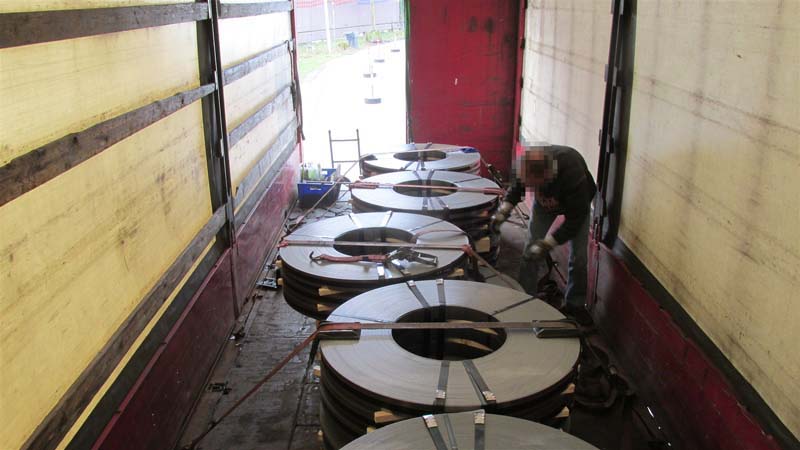 It came to pass, in the year of our Lord 2020, that the traffic police, in the course of their normal duties, stopped a truck for a routine inspection. The driver was confident, after all, his papers were all in order and he had no doubt that the way in which the load of slit strip coils that he had picked up a few kilometers down the road had been secured would present no problems to the critical eyes of the police officers. When he opened the door to the cargo space, everything appeared to be the way it should. The coils were stacked in threes and bundled to form load units. These load units were in turn stacked in pairs and were lined up in a single row on the loading bed. They were not loaded as a tight fit, probably because this would have risked damaging the coils, but anti-slip material had been used. Indeed, it seemed that not only was the securing well intentioned, but also well executed – if it hadn’t been for this one load unit that had broken rank.

The suspicions of the officers carrying out the inspection were immediately aroused, and the driver also became a little uneasy at the sight. After all, the fact that the load unit had slipped was evidence that not everything was quite living up to what had been promised by the neat and tidy appearance. 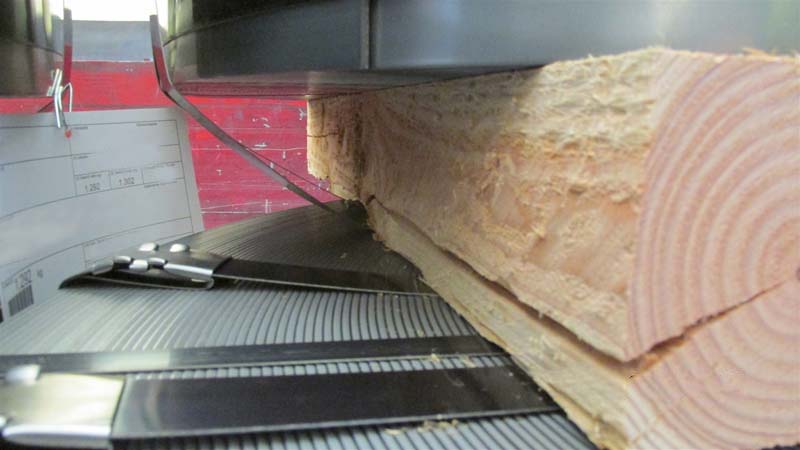 First of all, we can observe that the securing method chosen for this loading surface was the tie-down lashing, in other words, a method that relies on friction and the vertical component of the force exerted by the belts. In other words, this method of securing is useless without friction. So we shall take a closer look at the friction.

Anti-slip material has been placed under the bottom load units, and this increases the coefficient of friction µ to 0.6. Because we only need a value of 0.5 for µ to secure the load to the side, this should in theory suffice.

As we can see in Figure 2, this was not the case. No anti-slip material was used anywhere under the second layer. Why? It is our guess that the forklift driver at the company responsible for loading had never received any training in load securing. And so it didn’t occur to him to place anti-slip material between the load units when he stacked them. What a pity! After all, those responsible for loading are also responsible for ensuring that the load is secured properly. But today we don’t want to spend too much time stressing the responsibility of the loader. Instead, we want to take a closer look at the friction.

The materials involved here are “rough-sawn lumber on steel”. The “wood shavings” produced when the coils slipped illustrate the difference between these two materials. If you refer to any of the tables, you will undoubtedly find a coefficient of friction µ of 0.3 for the combination of steel on rough-sawn lumber. This may well be right, but is not necessarily so. The shape and surface characteristics of the steel also have to be taken into account. We have measured values for µ of 0.55 in the case of rusty steel, but equally, some steel is far smoother. In this example, the edges of the split steel in the coils remind one of nicely rounded runners. The steel straps used to package the groups of three coils had a positive impact on the µ value, as they worked into the wood like the blade of a plane. The lateral acceleration was not sufficient to cause the top load unit to slip in the case of any of the other stacks of load units. So this was a borderline case, and it gives us a welcome opportunity to think about friction a little. If the level of friction was completely constant, all the load units should have slipped at the same time. But they didn't. So what are the possible causes? 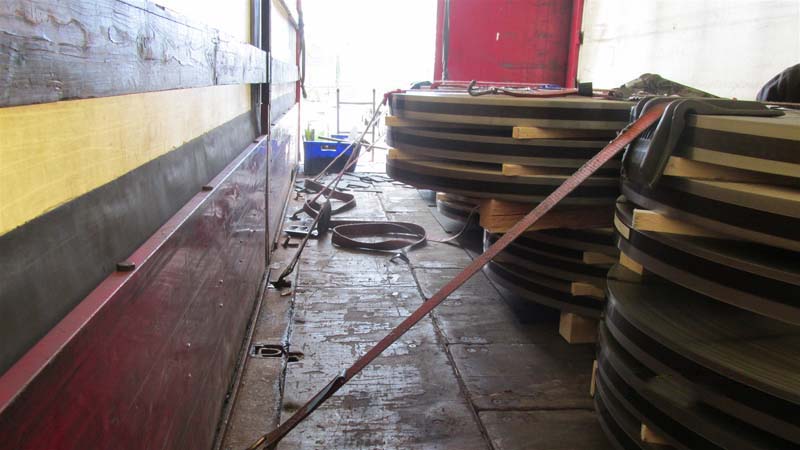 Figure 3 shows how far the load unit slipped, despite the lateral acceleration not being particularly great. All the load units were lashed down with a single belt. So that was clearly not enough! But by how much? Let us assume a coefficient of friction µ of 0.3. This means that we still have to find 0.2 for securing the load to the side. We are only looking at the top load unit, as the bottom load unit was standing on anti-slip material. We shall ignore the angle in this analysis and we will assume a pre-tensioning force of 400 daN. The edge protectors used mean that this 400 daN is almost fully transmitted to the other side. This means that we have almost 800 daN of pre-tensioning force. Multiplying this by 0.3 for the coefficient of friction gives: 240 daN of securing force. If the load unit weighs 1 tonne and we assume a coefficient of friction µ of 0.3, there is a shortfall of just 0.2 to the sides, and this corresponds to 200 daN of securing force. In other words, the 240 daN of securing force provided by the belt would in theory be more than enough. But perhaps the load was a little heavier, or the friction could have been a little less, or the pre-tensioning force may perhaps not have been as high as we assumed.

So what are we trying to say? The values for the coefficient of friction are simply guidelines, and we still need to use our common sense. It is always worth providing a good safety margin, rather than trying to get away with the minimum amount of securing that our paper calculations suggest. ?It is undeniable that this load was insufficiently well secured. The provision of anti-slip material at the top and bottom under the load units and a second tie-down lashing would have been acceptable. If good protective sleeves had been used on the belts, it would have been possible to have secured the top load units directly (using the same number of belts, namely 2 per load unit).

But let’s have another look at the rather tired-looking floor of the trailer. Would anyone actually be tempted to make the mistake of assuming a uniform coefficient of friction here? Probably not. Simply lay out anti-slip material and you know the level of friction you are dealing with. Which is what was done for the bottom load units. 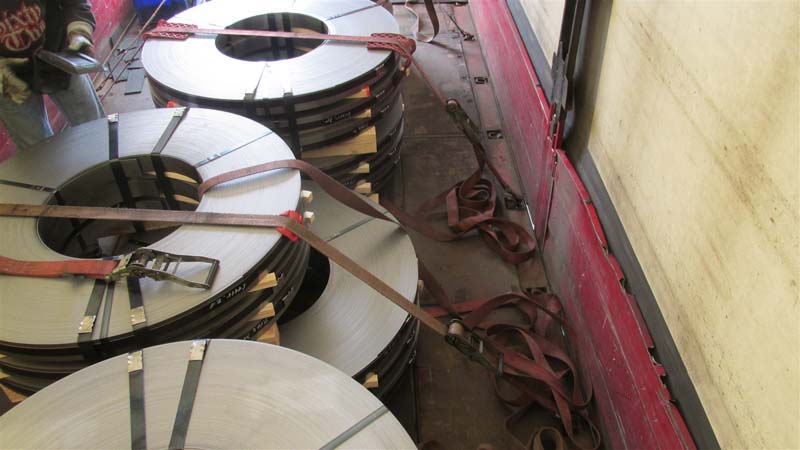 There are enough load securing points to secure the load properly, and there are also plenty of anti-slip mats lying on the trailer. It is almost certain that the loader bears the responsibility for the fact that this was not done.