Oh, the shark has pretty teeth, dear, and he shows them pearly white … 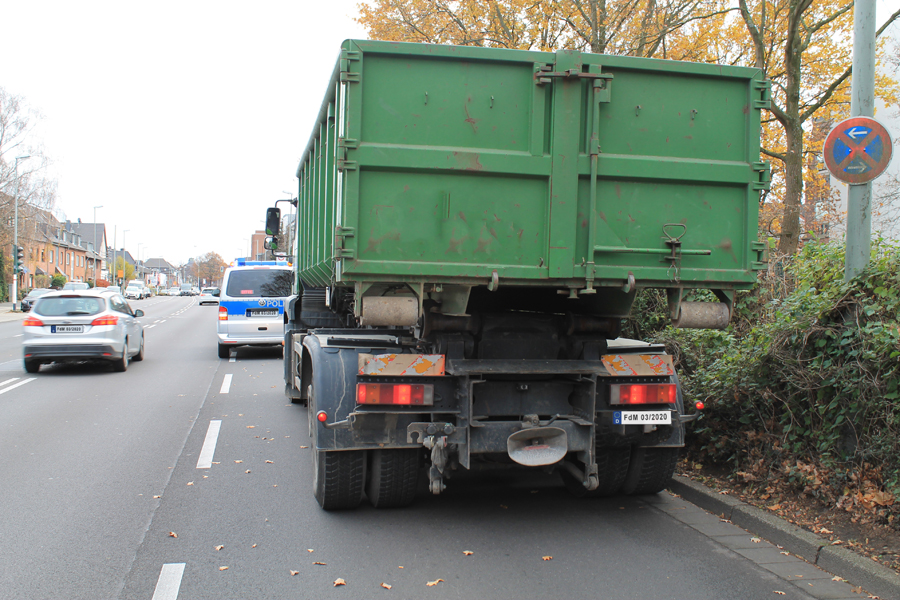 … just a jack-knife has Macheath, dear, and he keeps it out of sight – much the same as this container. Containers like this are really designed for carrying bulk goods, but … 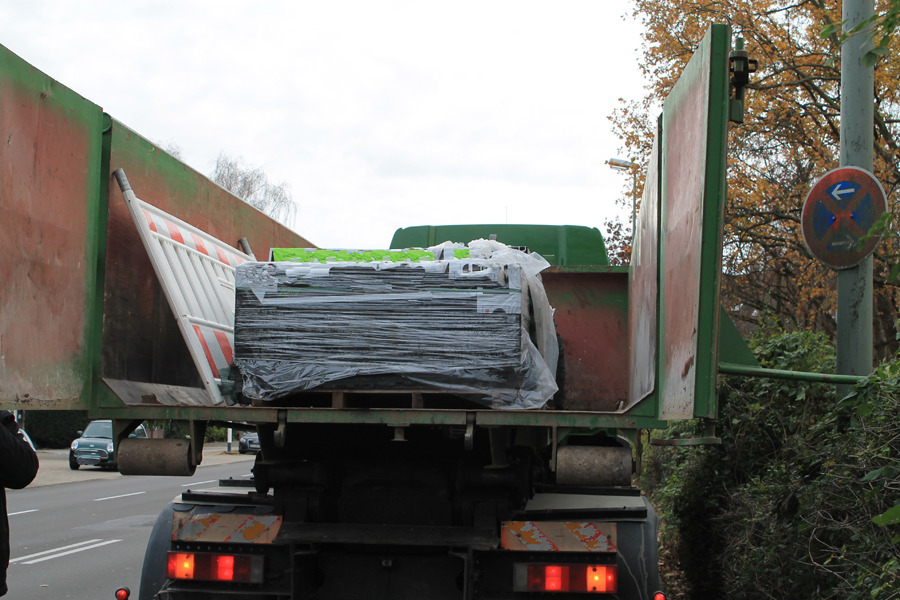 this container is carrying paving stones on pallets – but it keeps them out of sight. It doesn’t take much to see that there is no sign of any load securing measures. 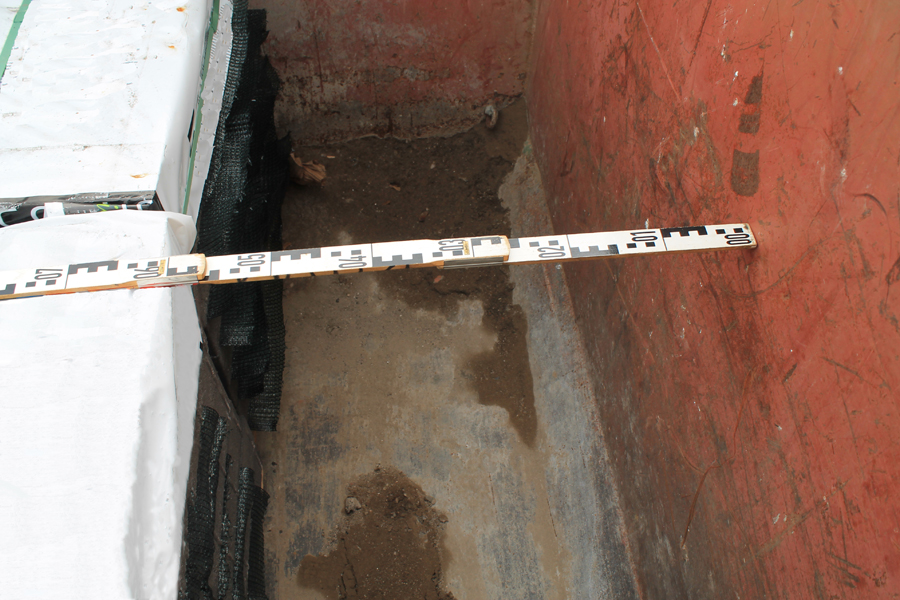 The meter rule shows that the gaps between the load and the sides are in excess of 60 cm. 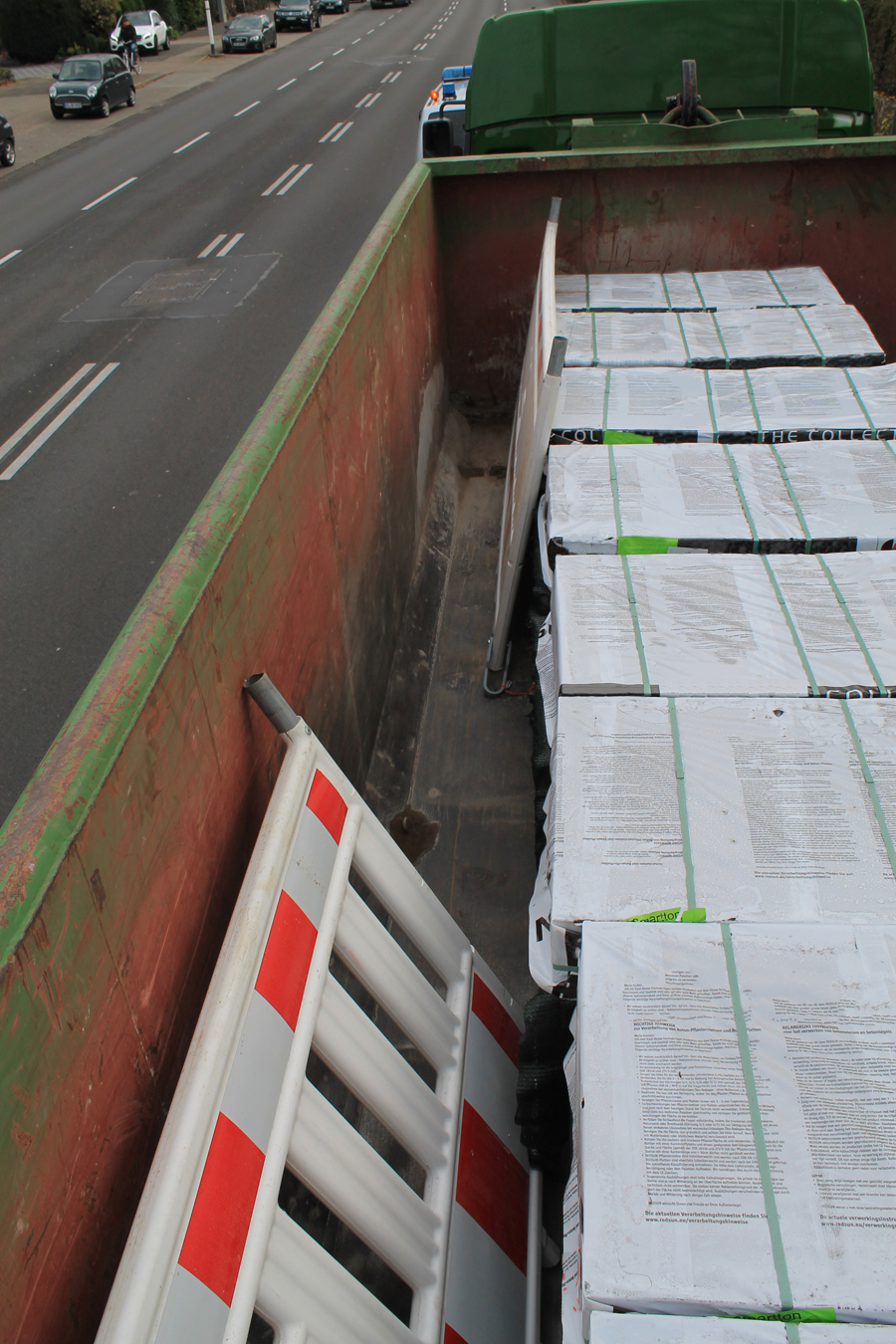 And Figure 4 shows us that there is a similar gap on the left as well. 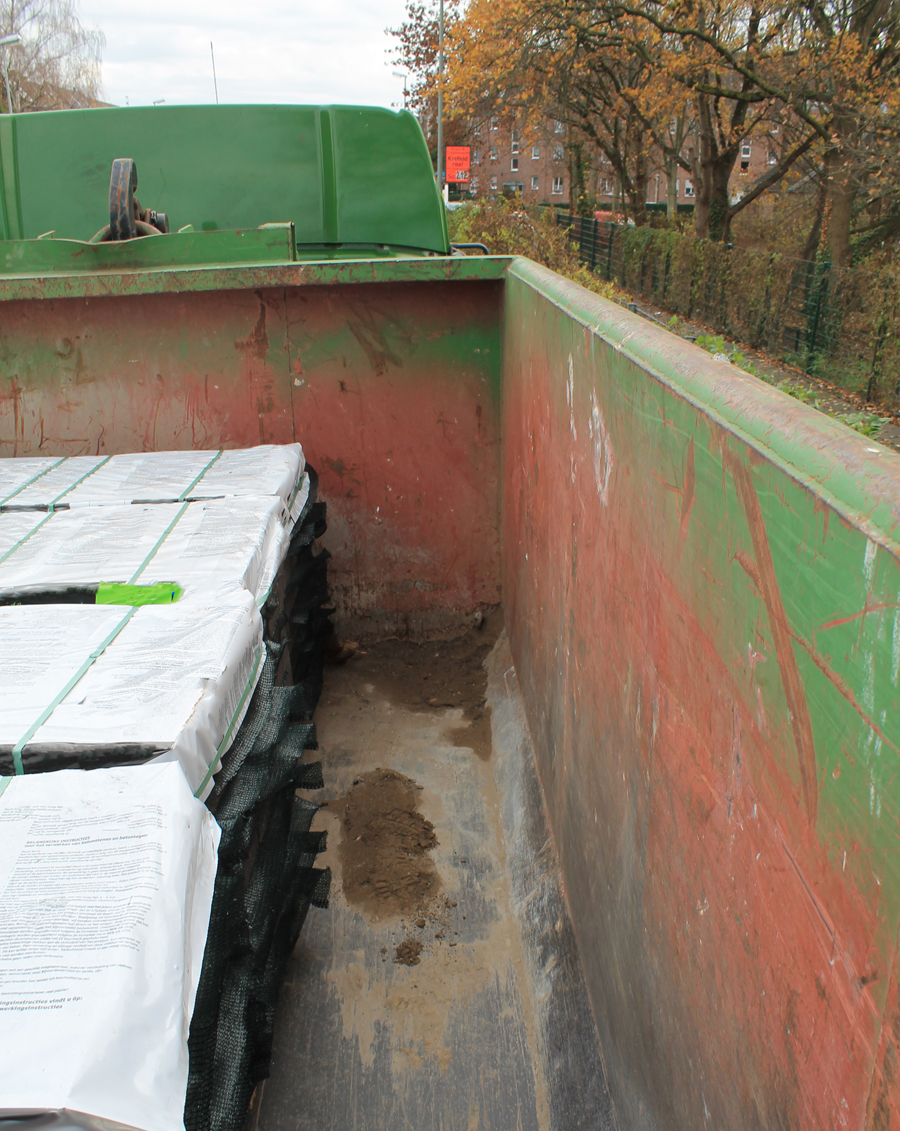 The marks on the container clearly show that it has been used “as intended”, namely to transport bulk goods. The residue from past loads provides the evidence and also gives a good indication of the coefficient of friction. Wooden pallets on a sandy steel loading surface can give a coefficient of friction of between 10 and 20 %, which makes securing the load to the side a challenging proposition. 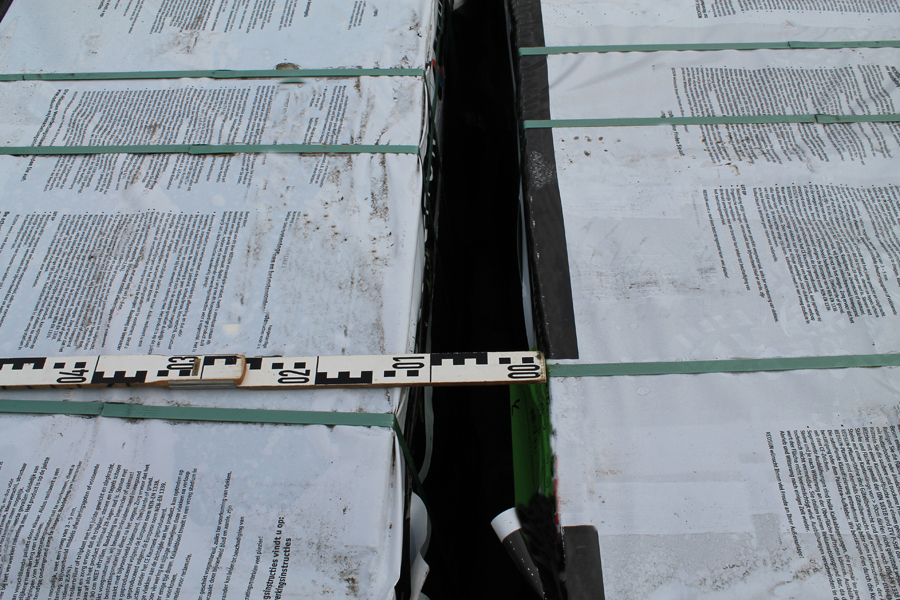 And there are also significant gaps between the individual pallets along the length of the vehicle. If the truck had to brake sharply, these would all close up almost simultaneously, which would once again accelerate the vehicle after it had come to a standstill. We cannot say whether or not the securing mechanism of the RoRo container is capable of withstanding such shocks and jolts. But one thing we can say is that gaps such as these have to be closed up if the load is to be secured properly. 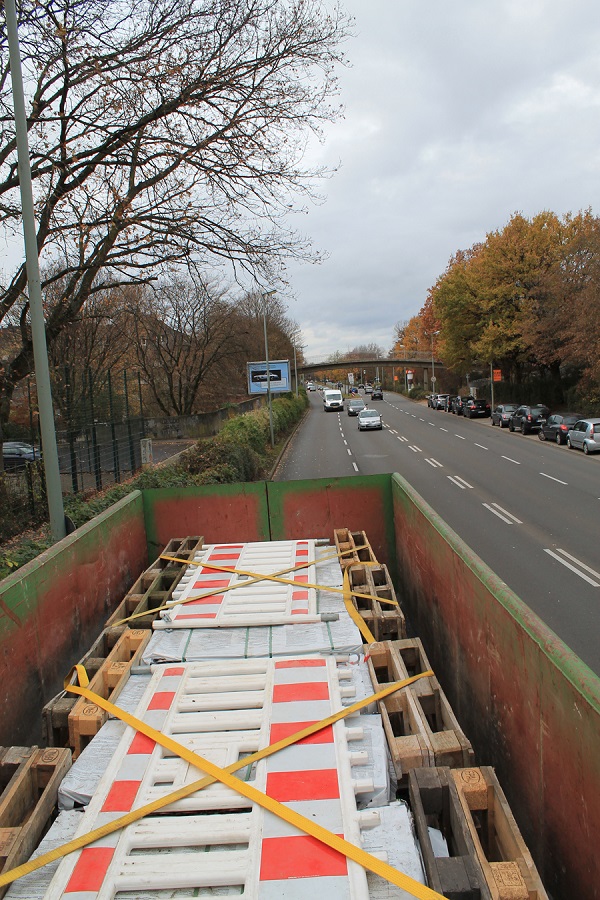 Presumably, there were not enough load securing points to lash down each pallet separately, so pallets were placed on end next to the palleted load to alleviate the situation. As a result, each lashing virtually always covered 2 pallets. The bent boards of the vertical pallets clearly show the effort that went into pre-tensioning the pallets. (But we have to ask how long the pre-tensioning force will be maintained for.) The actual pallets on which the load is standing are not subject to any vertical component of the securing force, although they are restrained to the sides by the diagonal forces acting as a result of the crosswise lashings. There is a tight fit to the front. Unfortunately, there were gaps between the individual pallets, as can be seen in Figure 6. We can undoubtedly all agree that securing the load in this way can only ever be an emergency measure.

So how can pallets of paving stones like these be properly secured in a RoRo container like this one? To start with, the loading surface has to be swept completely clean. Anti-slip mats are placed under the pallets in such a way that they completely isolate the pallets from the loading surface in terms of friction. Tie-down lashings provide the minimum required level of securing. Because this container suffers from too few load securing points, long edge protectors (extremely strong hollow section steel or similar) must be used to ensure that those pallets that are not directly secured by the minimum securing measures are also restrained.

Another suggestion for improvement:

If a RoRo container such as this is fitted with load securing points, there should at least be enough of them to allow each of the pallets to be lashed down. After all, containers such as these are often used in the construction industry to transport the occasional load of building materials, pallets and so on – even if the load is kept out of sight by the closed container doors.