Every possible mistake
A fatal accident waiting to happen 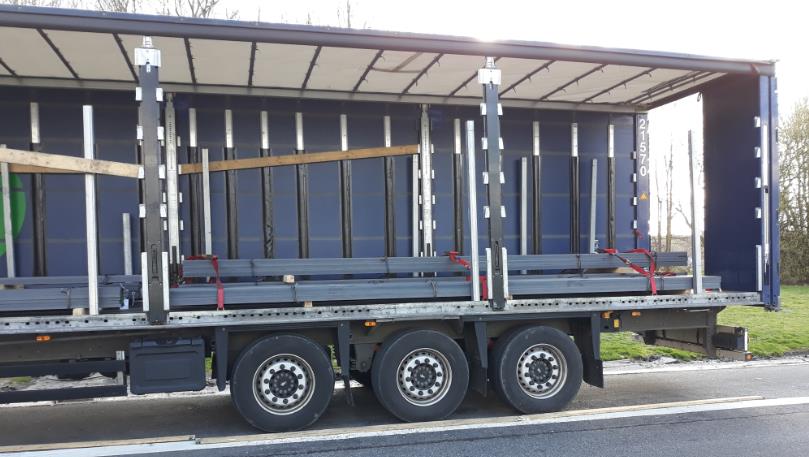 To start the year, we have a Photo of the Month that is a textbook example of what not to do. Indeed, it would be far quicker for us to list all the things that have been done properly here. But sometimes we are extremely grateful for such pictures. After all, they allow us to take time to analyze the mistakes and occasionally even the consequences of those mistakes.

Our observant readers will immediately see that this load is steel. Steel is one of our favorite cargoes, because it is heavy, flat and sharp-edged and offers plenty of opportunity for making basic securing errors. On seeing this load, we immediately thought "I-beams", but the load on the trailer seemed too small for that. In fact, it is solid steel slabs. 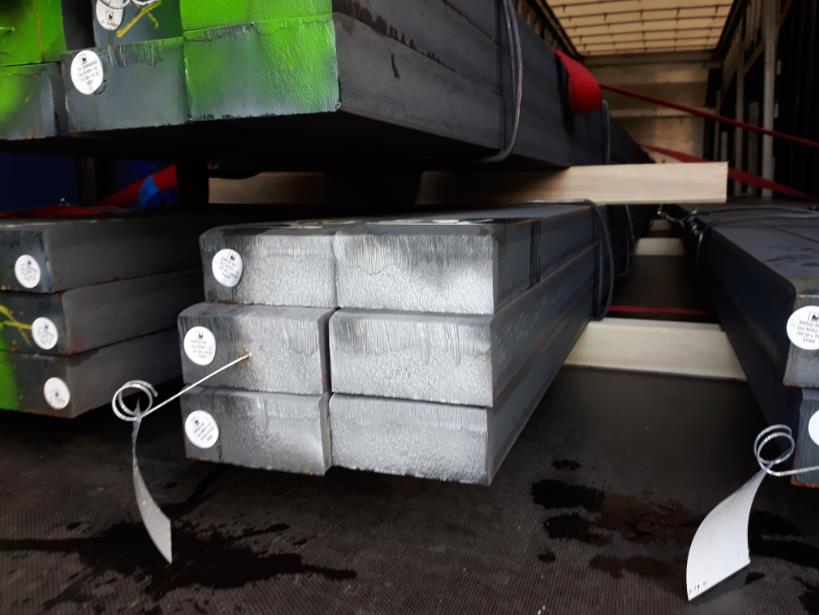 – Solid steel slabs, which are heavy and have sharp edges – The loading bed is as clean as we could wish (the stains in the foreground are water) – The ex-works bundling has not produced load units that are of any real use for securing the load – Tie-down lashings have been used, with dreadful lashing angles and of little or no use – Edge protectors or other measures to protect the belts are nowhere to be seen on this photo – There is no sign of any anti-slip material – The dunnage appears to have a square cross-section – Spectacular gaps to the sides of the load – The load securing promises to be catastrophic. 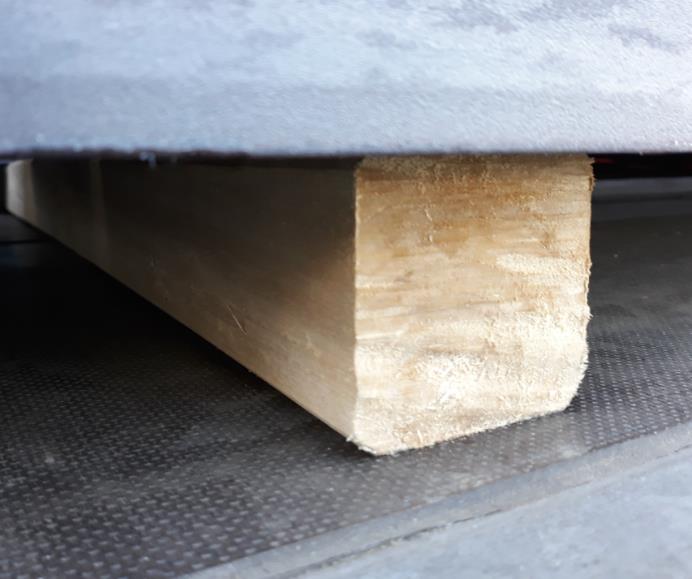 We were right: The dunnage has a square cross-section. We have already pointed out innumerable times that this format promotes rolling. But our initial impression is confirmed: The loading bed is fresh and clean. 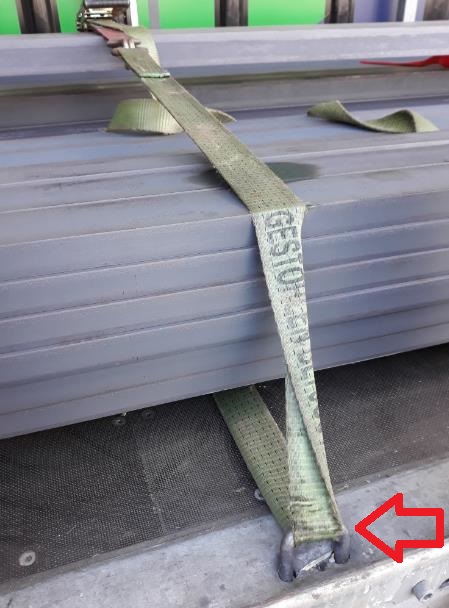 This lashing is a quite remarkable way of “securing” the load. It is not a normal tie-down lashing, and not merely because no edge protectors have been used, and the belt is fit for scrapping and is unnecessarily twisted. For reasons which we cannot fathom, the belt was passed through the load-securing points. The hooks were hooked together, as we shall see in subsequent photos. We can only guess why this was done. The resulting securing method still remains nothing more than a tie-down lashing. A “normal” tie-down would look rather different. 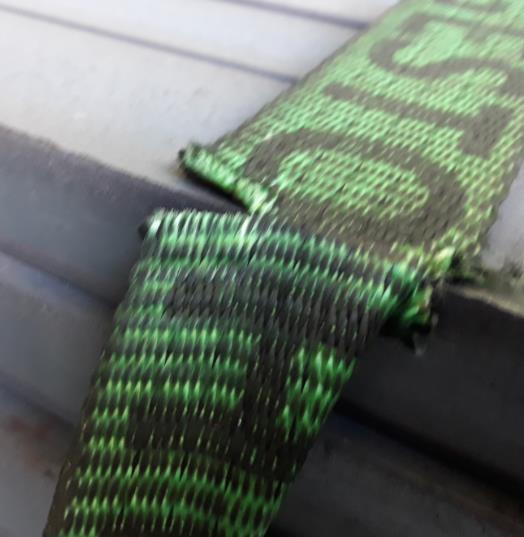 Cause and effect come together in Figure 5. The belt is literally in the process of being sliced through. Clearly, this is not merely suicidal in terms of load-securing; it is also a false economy – a pure waste of money. So we ask ourselves how many belts have to be sacrificed in this way before it amounts to the cost of a decent load-securing training course. To put it another way, if the driver were not throwing money away belt by belt (because he presumably knows no better), the money saved over a year would probably be sufficient to cover the cost of a load-securing course. To put it plainly: Well trained drivers save carriers money. 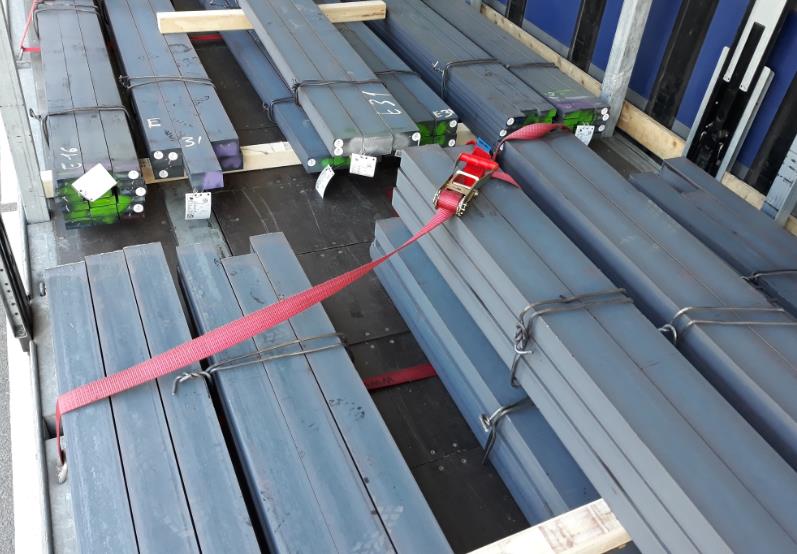 The pre-tensioning force on some of the belts was zero. This, of course, protects the belts and removes any risk of them being cut by the sharp edges. And for the sake of completeness, the load securing arrangements were entirely ineffective, as the gaps in the load preclude any sensible use of tie-down lashings. Even if good edge protection had been used and the belts had been effectively pre-tensioned, the lasing belts would still have gradually pushed the elements of the load into the gaps. A diagonal force is generated at the points at which the belts pass over the corners of the load (see Figure 1). This acts inwards and pushes the load inwards when vibrations interact with the pre-tensioning force. Just a few millimeters are enough to allow the lashing to become ineffective. 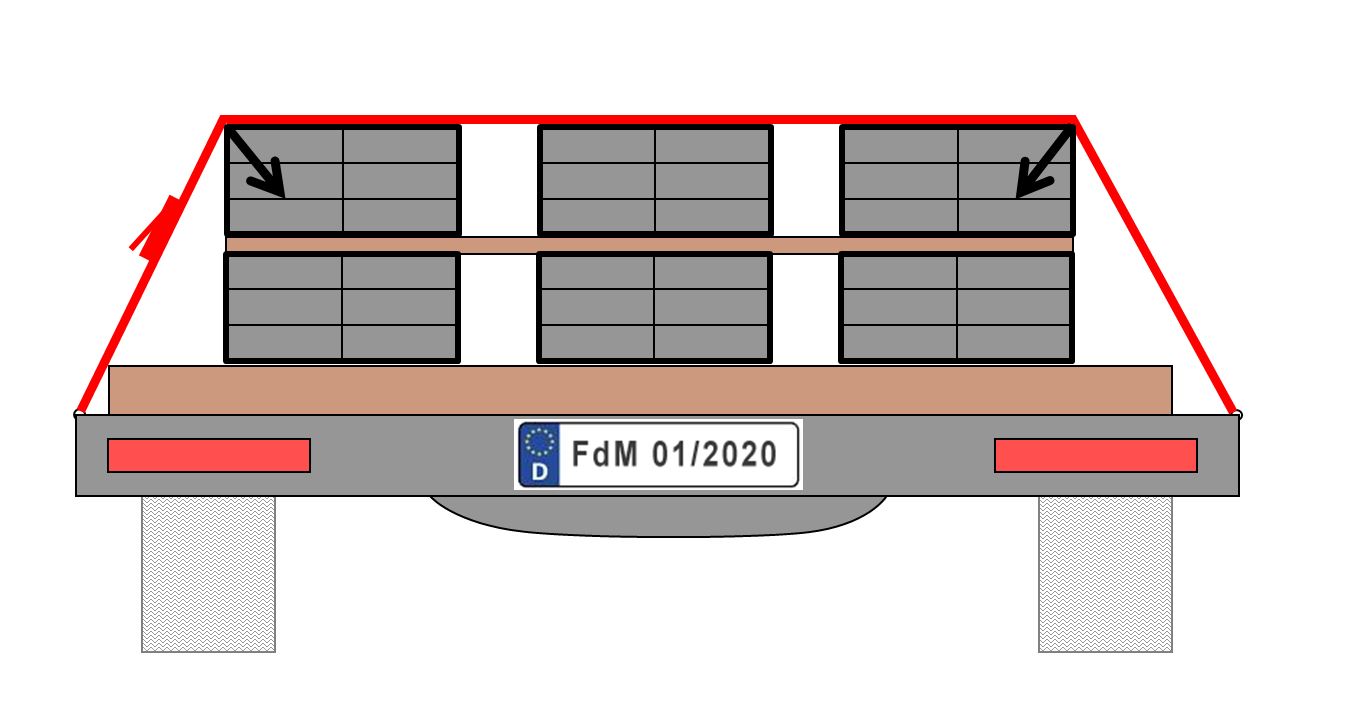 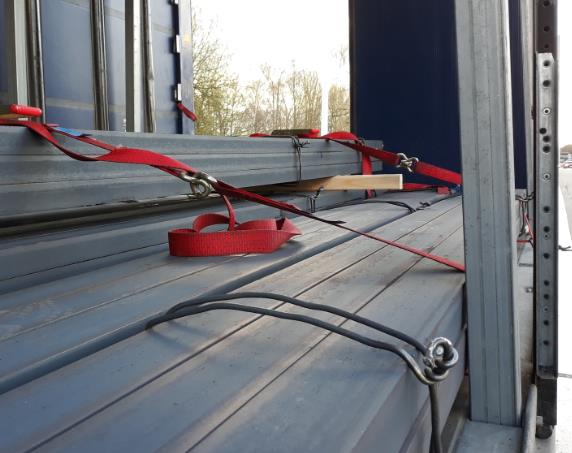 We can clearly see that all the belts were hooked together. Just to make it clear: These hooks were not designed to be hooked together. If the hooks are hooked into each other as shown in the foreground, there is a risk that they will be prised open. 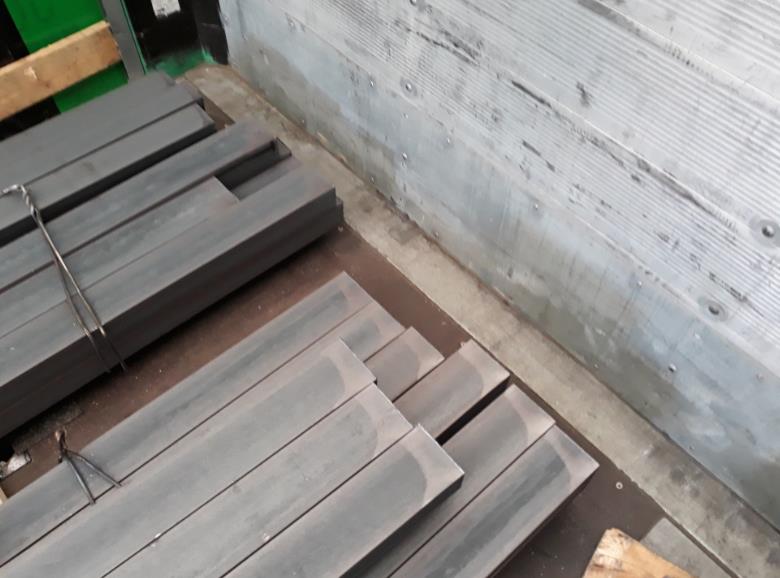 A look at the end wall also reveals a considerable amount. The idea of leaving gaps in the load appears to have been applied systematically. It is quite probable that the carrier had already had some bad experiences with loads like this. As we have already seen by the fact that the loading bed had been kept scrupulously clean, the carrier seems to be keen on keeping the vehicle clean and in one piece. So it makes “eminent sense” to keep the load at a respectful distance from the end wall. After all, the end wall had already been damaged once, as can be seen from the neat and tidy repair.

Let us assume that this vehicle was involved in a fatal accident when it had to brake sharply in an emergency in a right-hand bend. The load would have shot forwards and to the left, making short work of the “load securing measures”, and would have penetrated the tarpaulin and collided with the oncoming traffic. And if a school bus had been coming the other way, the result may well have been three fatalities and seven people seriously injured.

And with such a serious incident, there would immediately be a plethora of expert witnesses, assessors and lawyers. And they would question where the responsibility lay. Let us say that the driver was from Eastern Europe and worked for disgracefully low wages. And that he had never attended a load securing training course, which means that the carrier would have questions to answer. It may well be that people would ask how the driver was supposed to understand the complexities of load securing if he had never received any instruction. And to make it quite clear, we understand a load securing training course to be far more than a pleasant Saturday afternoon chatting over coffee?.

The loader knows the cargo, but delegated the task of securing the load to the carrier and the carrier’s “agent” in the person of the truck driver, as laid down in the contract. And, as far as he was concerned, that was the end of the story. No inspection was carried out to check that the driver (who had clearly had no training in load securing) had secured the load properly. And the loading staff at the ramp had clearly not received appropriate instruction or training either. There would undoubtedly be lawyers who would ask whether the responsibility for securing the load had been properly delegated and whether the loader had fulfilled his duty of care. If, as in this imagined scenario, responsibility is not clearly laid down within the company, and the loading staff are not appropriately trained, responsibility will remain firmly with the management. And the court would almost certainly concur. And then the managing director would be standing next to the grossly underpaid and untrained driver, along with the carrier who sent his or her driver onto the road with a deadly load. The driver would certainly bear some of the blame, but the greater proportion would be attributed to those who could, or should, have rectified the shocking state of affairs, and rightly so.

We sincerely wish you a safe and secure year, and that you gather still more insight in order to prevent a hypothetical scenario such as the above from becoming a reality.