Come in and find out… 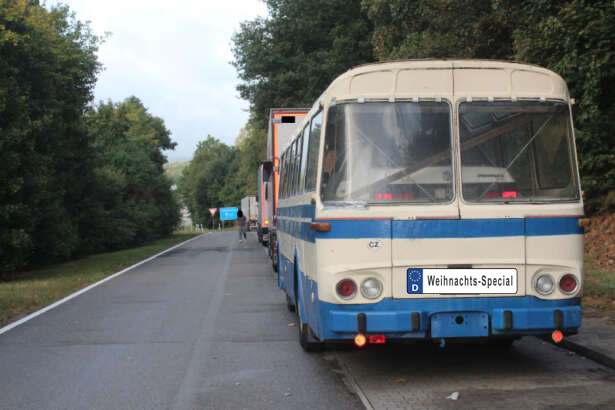 In this picture, a vintage bus is being moved. But it’s not the only thing being moved. Inside the bus, a car, which was hardly secured at all, was also being transported. The driver was only allowed to proceed after the bus had been secured properly or had been loaded onto a trailer.

But we have no idea how the car got to be in the bus. There was no opening to be seen anywhere.