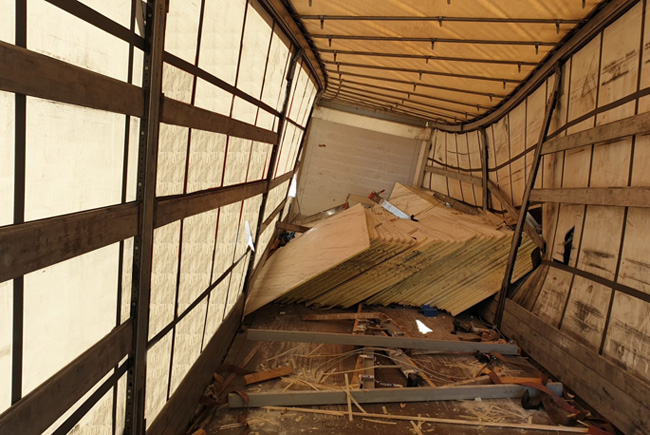 Figure 1 is something of a picture of chaos. Some marble slabs have clearly slipped a long way forwards. Some kind of supports are lying on the loading bed. When the marble slabs tipped to the side, they bowed the superstructure. At least two collapsible stanchions have been badly damaged. The loading bed is a picture of chaos, where nothing seems to be as it was originally loaded.

Let’s start with the foreground of the photo: 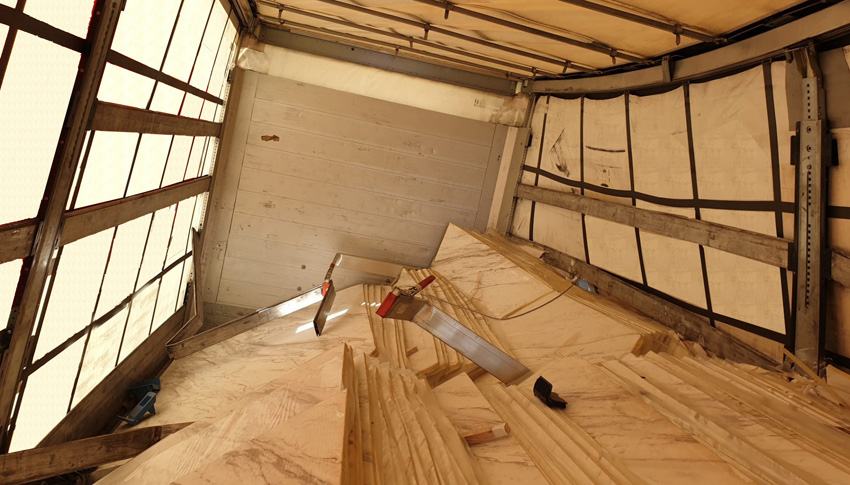 Figure 2 shows how the load hit the end wall. The right-hand stack of slabs at least is broken, which gives weight to the assumption that the load hit the end wall with some considerable force. The fact that cargo planks were used to secure a load of marble here is downright ridiculous. If such boards fit tightly in recesses in stable structural components, it is certainly possible to provide several hundred daN of securing force. But the "load securing equipment" shown in this picture relies solely on the principle of the friction resulting from the clamping force applied when the levers are engaged. They were bent like tinsel on a Christmas tree when the brakes were applied. It is also interesting to see how the side board has been deformed to produce an elegant Z here. 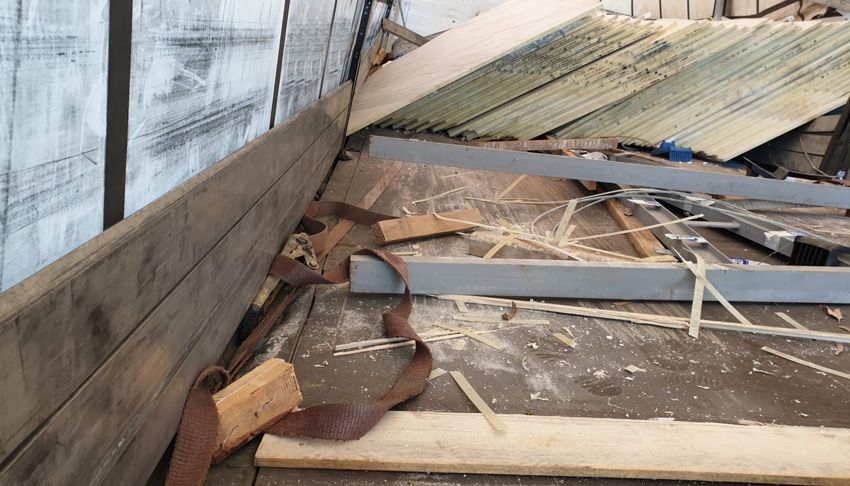 What had perhaps only been a supposition up to this point, and difficult to see clearly, is revealed as a stark reality in this picture. The A-frames are lying on top of each other. This suggests that the rear A-frame was catapulted forwards with such force and speed that it came to rest on top of the front one. We suspect that the slabs tilted forward when they slipped, taking the load off the rear A-frame and thus leading to the final position of the A-frames. This is also how we explain the long white stripes, one for each plate, on the loading surface. The wooden dunnage lying around on the loading bed was probably used to protect the marble slabs from the steel A-frames. 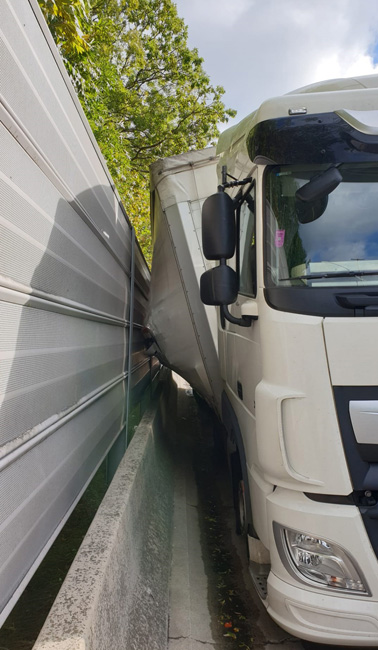 Had it not been for the acoustic screen, the articulated vehicle would probably have ended up lying on its side.

It is difficult to imagine greater idiocy or less effective load securing. We are always stunned that shippers who need to handle slab-shaped loads, are constantly tempted to use A-frames that are not connected to each other, clearly in an attempt to save money. The question of whether anti-slip materials were used here is irrelevant, since the load would have taken its trip to the end wall in any event, no matter how many anti-slip mats had been placed under the “floating” A-frames.

Load securing always starts with the formation of load units. In this particular case, there was no load unit that could have been sensibly secured. A-frames must be able to bear loads. This can be achieved by joining the A-frames to each other lengthwise using struts. A rigid connection using struts gives them stability and allows them to safely support flat loads such as marble slabs. If such A-frames are placed on anti-slip mats, this constitutes a sensible enhancement of friction. Of course, the marble slabs should also be secured to the A-frames with an equally good level of friction. If discoloration considerations mean that this is not possible, we will have to make do with the friction between marble and wood. If the wood is used several times, we assume a coefficient of friction μ of 0.3. There are several ways of securing the marble slabs to the A-frames. On the one hand, they can be bundled to form a load unit. On the other, they can be loaded as a tight fit to the front on an appropriate A-frame. Loop lashings that are taken around the entire load can be used for securing. We would use two loop lashings (per side) against movement to the sides and at least 2 loop lashings against movement in the direction of travel. If the friction of the marble slabs on the wood is not sufficient (as we indicated above), a loop lashing against movement to the rear must also be used. If the A-frames provide an adequate tight fit, it may be sufficient to secure the A-frames themselves with direct lashings.

But whatever method is chosen, there is an urgent need for action, as such consignments pose a threat to life and limb. We wish everyone a peaceful and secure Advent season.