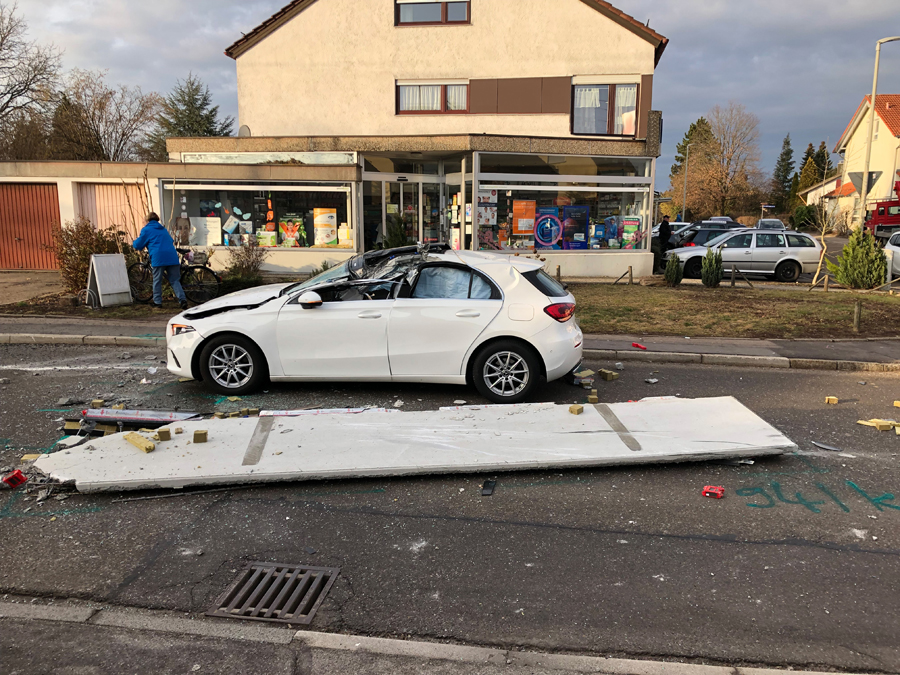 This car does indeed look a little bent. The reason for the bent appearance of the car is lying right next to it. And because we are talking about load securing in this column, pretty well everyone will be able to guess what is going on. That’s right. A slab of concrete fell from a vehicle, which is about 30 meters further round the right-hand bend. More to the point, it fell from its trailer. The driver suffered only minor injuries. As is so often the case, he was extremely fortunate. 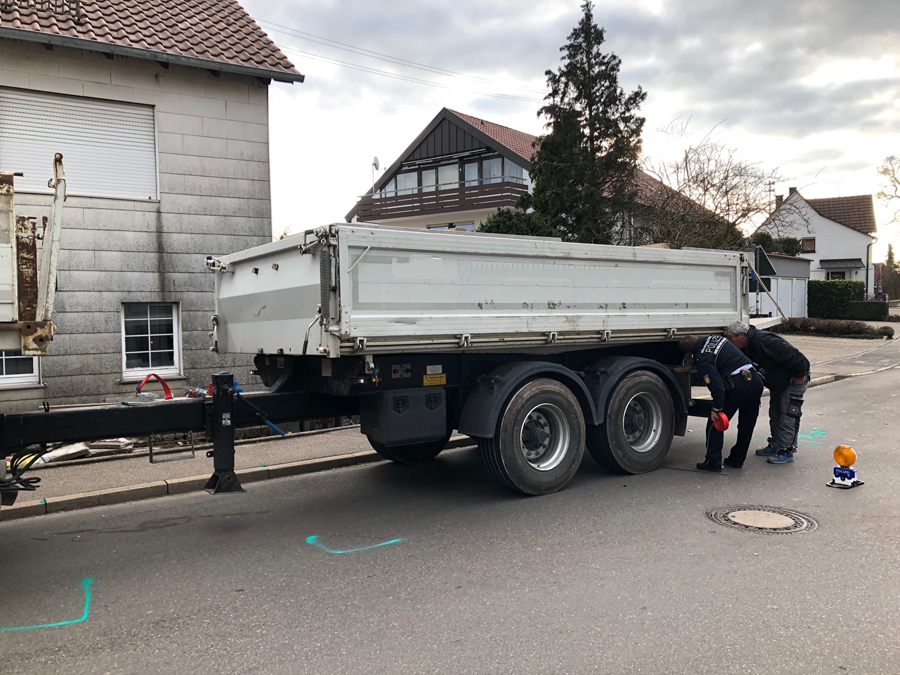 Unfortunately, the design of the trailer meant that it was relatively high. As a result, the concrete slab was able to develop a fair amount of kinetic energy when it fell. This was then converted to deformation energy when the slab hit the car. 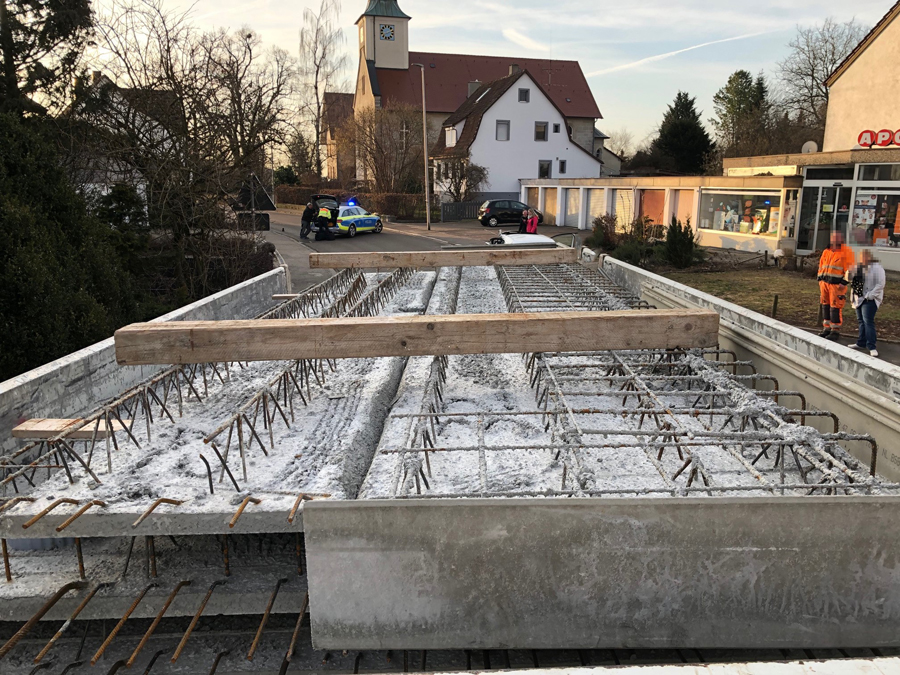 Let’s cut to the chase: The lower concrete slabs were to a large extent secured as a tight fit. On top of the pre-cast slabs, there were some pieces of dunnage with a square cross section. And today, we will not again explain that such dunnage actually encourages rolling and has no place in load-securing arrangements. (And if you look at the left edge of the photo, you can indeed see some rectangular shaped dunnage – it begs the question why.) To cut a long story short, the concrete slab was lying on top. It protruded completely above the side and tail gates, perhaps as a result of the height of the square dunnage, and was, according to the accounts, secured with tie-down lashings. 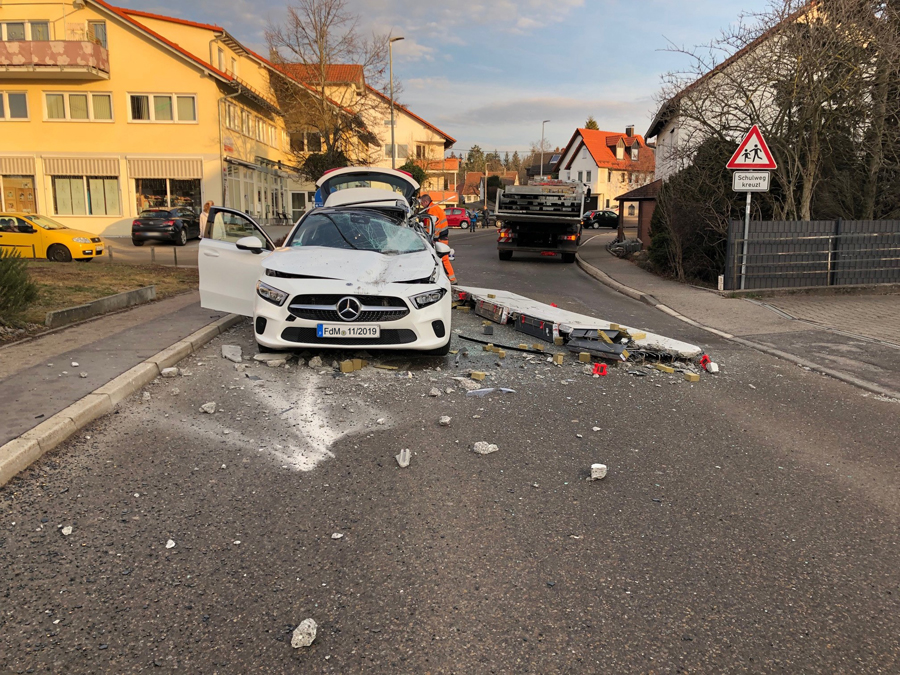 The position of the concrete slab, the damage to the vehicle and the marks on the road suggest that one corner of the concrete slab hit the road first. One side of the slab then exhausted its remaining energy on the car before it fell onto the road to the right. Unfortunately, it is not known how the concrete slab was actually secured. The only information we have is that only tie-down lashings were used. 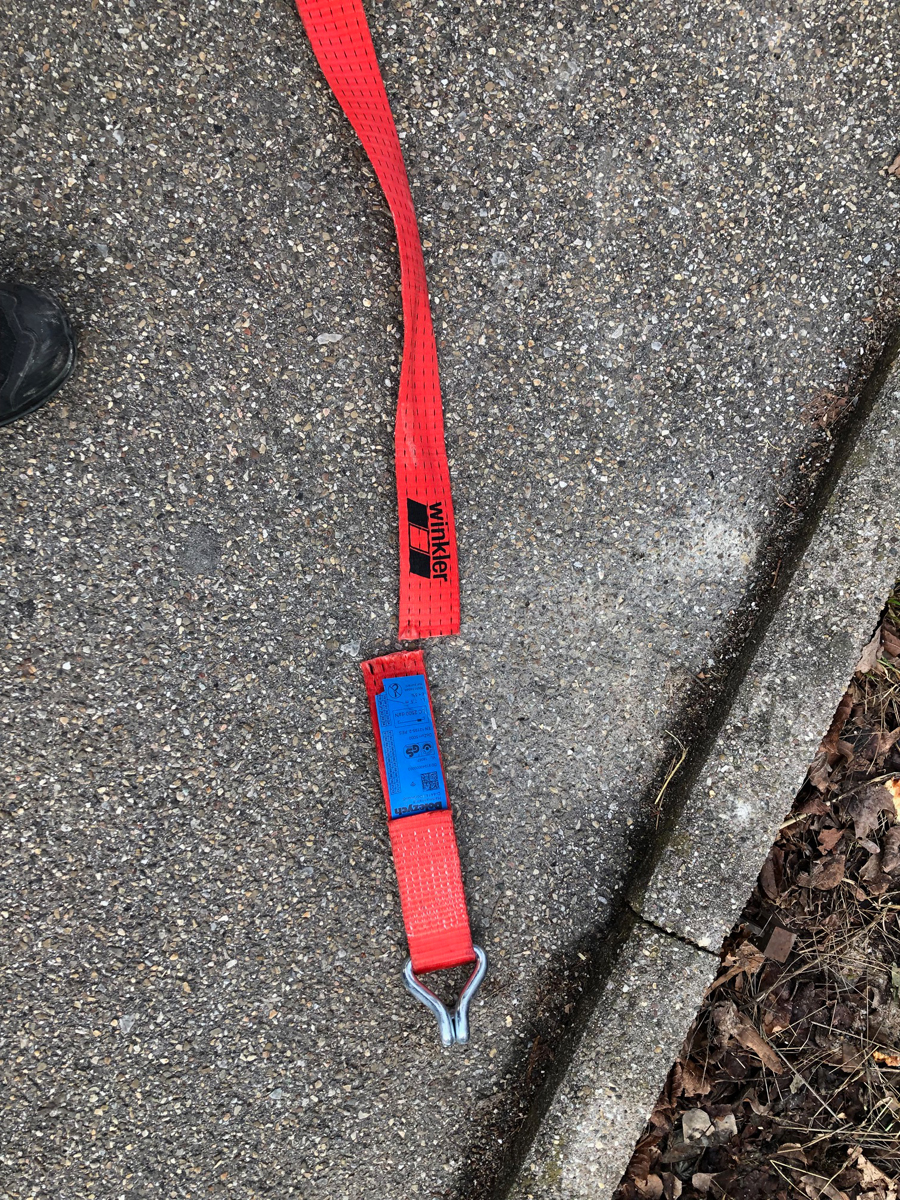 The interesting thing about this case is that neither the sharp edges of the load nor the dreadful angles of the tie-down lashing were primarily to blame for the loss of the load. Rather, it was a cut as clean as if it had been made with a knife. This could not have been caused by the abrasive edge of the concrete. Something else must have been involved here! 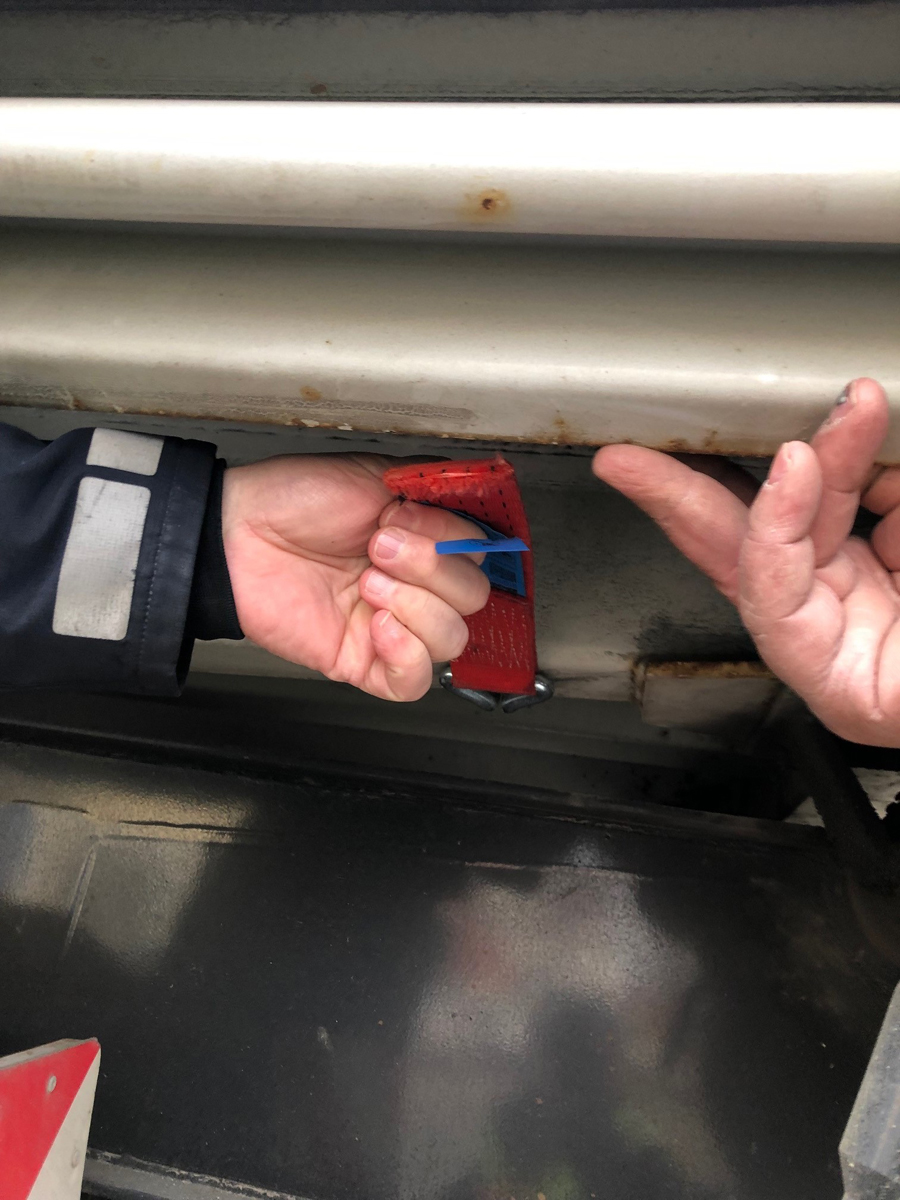 And so it was. The culprit was the sharp edge of the trailer, coupled with the fact that, ultimately, this vehicle was not suitable for securing a load. Perhaps we should qualify that: The vehicle was not suitable for the way in which this particular load was secured, namely by attaching the belt to the subframe and then passing it over a sharp corner. It seems to us that the trailer is more suitable for bulk building materials than for heavy items that have to be secured with belts.

We assume that this part of the load was secured with two tie-down lashings passed over the side gates. It is clear to anyone who has had anything to do with load securing that no securing effect could be expected with the flat angles that resulted in this case.

As always, we of course pose the question as to how on earth to secure a load like this properly.

This photo of the month demonstrates the extreme importance of load securing. The truck was negotiating a gentle right-hand bend in a built-up area, but another road user was still in danger of their life. Perhaps this picture will help even a few people to take load securing more seriously in the future, in which case we have achieved a great deal.