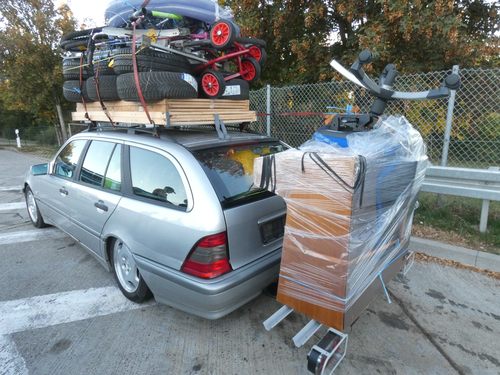 The creativity of one Mercedes driver gave the officers of the traffic police cause to stare in astonishment. Several drivers had reported that an overloaded Mercedes was driving along the motorway. The crew of a patrol car were finally able to locate and stop the car. The bike rack fitted to the back of the vehicle had been repurposed as a piano rack. And an office chair had been balanced on top. The Mercedes was later weighed and found to be overloaded to the tune of some 400 kilograms. Furthermore, the officers also determined that the load was inadequately secured. The police did not allow the vehicle to continue on its way. A trailer was organized and the load was placed on this. After the driver had paid a security deposit to cover the expected fine, he was allowed to continue on his way.


Back to beginning | Next Christmas special