Load securing without a care in the world – and highly dangerous! 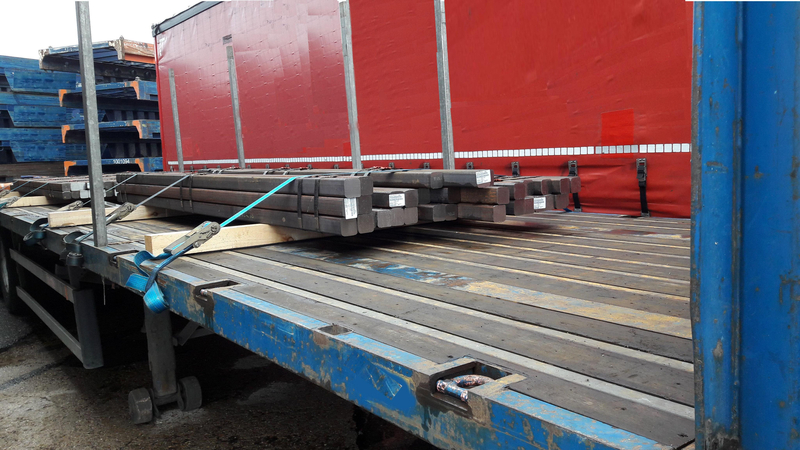 Square cross-section steel billets have been loaded onto 2 areas of a trailer. The billets are bundled together in packages of 6 billets each. It appears that the billets have been bundled properly. As far as we can ascertain from the photos, 6 steel straps were used on each bundle of 6 billets. But that is the entire extent of the care taken when loading this cargo. Some of these packages are standing on edge. Others are lying flat. Although the packages clearly provide a flat face for the load at one end, or could at least be packed in such a way that they do so, the front of this load reveals a chaotic mixture of flat ends, staggered ends, packages lying flat or upright. To add insult to injury, these bundles of billets are resting on dunnage with a square cross-section (as we have come to expect) and are, according to age-old tradition, secured with 3 tie-down lashings. The resulting angle is approximately 30 degrees. It does not take a great deal of understanding of geometry to realize that, with angles such as these, a good 50 % of the already appalling securing effect simply evaporates in a puff of geometry. Even hardened load-securing columnists find it difficult to maintain their composure when faced with a load such as this one. 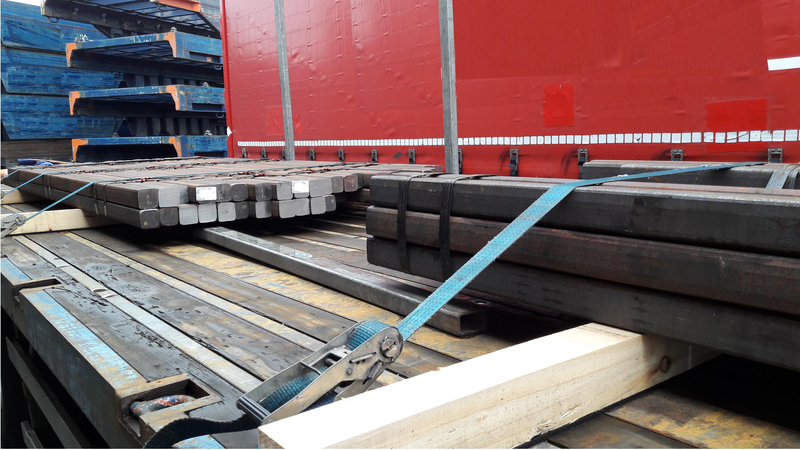 To the rear, the steel billets are all lying at the same level and the front face of the load is something approaching flat, which was probably purely accidental. We also note that one of the vehicle's stanchions is lying more or less loose on the loading bed. We have no idea whether this is the result of forgetfulness on the part of the driver or whether there was some purpose behind it. But one thing that is certain is that this unsecured stanchion is a particular hazard for other road users. 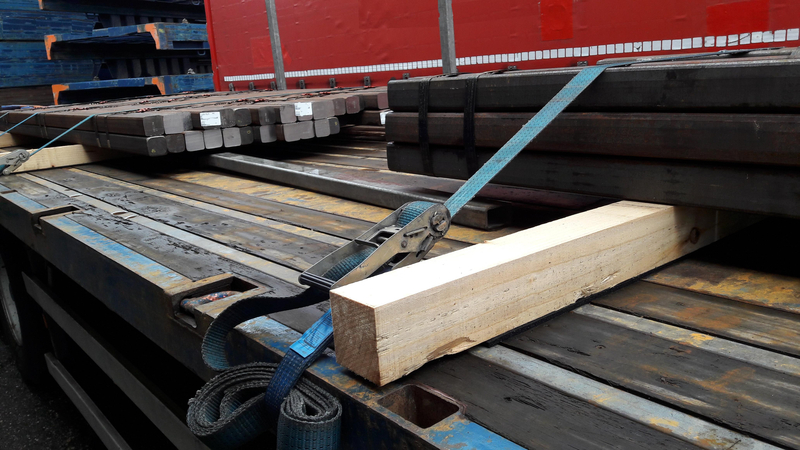 At the risk of thoroughly boring our regular readers by repeating what we have already said many times before, we offer the following analysis for those among us who continue to resist all advice to the contrary and still indulge in nonsense like this. In the cold light of day, a square is a geometric form that is very similar to a circle. Only regular polygons, such as hexagons or octagons have an even greater similarity to circles. If you take a square piece of lumber, place it on the ground and kick it like a ball, you will see that this square piece of wood will happily begin to roll. And so will any load placed on top of the lumber. If this vehicle, with its load wonderfully secured with tie-down lashings, were to be subjected to negative acceleration, such as that experienced during braking, the load would not just slip forwards. It would positively roll forwards on its square dunnage, and it would take with it for a short distance the tie-down lashings, which offer a miserable amount of securing force. In all probability, the lashings would slide magnificently along the load and be cut to shreds by the steel straps; or perhaps they would simply slip off the back of the load. And if anyone wants to object that the load would have to be lifted a little for it to be able to roll on this square dunnage, we would simply like to point out that the way in which this load was secured would certainly not prevent it from doing so.

It is also impressive to see the keen sense of tidiness displayed by whoever secured the load. The excess belt material was coiled up, carefully placed behind the belt itself and secured along with the load?. This looks excellent, as it gives the impression that everything is shipshape on the loading bed. But it has a negative impact on the pre-tensioning force, and hence on the securing force delivered by this dreadful attempt to secure this load. 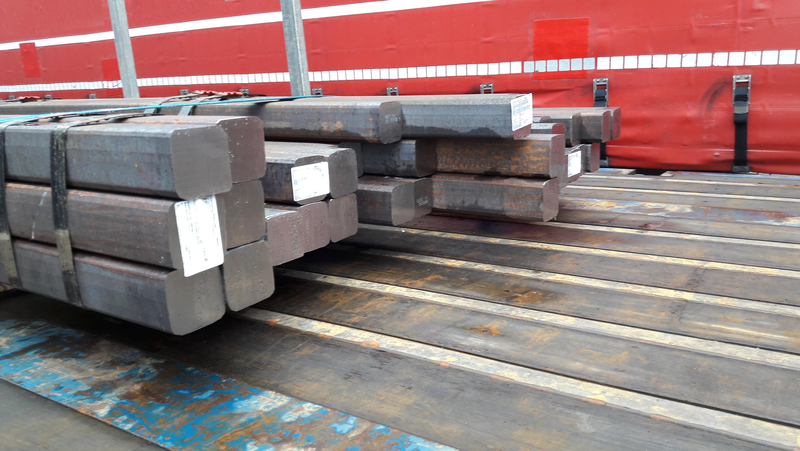 Figure 4 shows the chaos that is the front face of the load as it was loaded. It is amazing that those responsible for loading did not sling the crane operator or forklift driver bodily from their workplaces. After all, the loader shares responsibility for load securing with the driver. Anyone who allows a load which has been loaded and secured as badly as this one to leave the site is acting extremely irresponsibly and takes a share of the responsibility for any accident that happens as a result of this load. Braking in a bend due to a lapse in concentration or any other reason can have catastrophic results. Expert witnesses and lawyers in court will have plenty of time to work out exactly who was on duty and responsible for this catastrophic example of load securing at the time in question. And the chain of responsibility goes right up to the senior management if it was not delegated properly. One of the aims of this column is to spare loaders and drivers such an experience, but the first thing is that people must be made aware of their responsibilities.

What is the best possible level of securing force that could have been achieved?

A total of 6 belts, each of which clearly had long-lever ratchet handles, were used. We shall ignore the elegant way in which the loose ends of the belt were stowed underneath the tie-down lashing. We assume that a pre-tensioning force of 750 daN is acting on both sides, giving 1500 daN per belt. We shall also ignore the fact that the wooden dunnage has a square cross-section and thus delivers no friction at all, but rather tends to assist the load in rolling forwards. At 30 degrees (which is only an estimate – it could be a few degrees less), 50 % of the pre-tensioning force of the belts is lost. And for the rough-sawn lumber, we shall assume a coefficient of friction µ of 0.4, which, under these conditions, is generous, not to say reckless. This gives us a pre-tensioning force of 9000 daN, of which just 1800 daN actually provides securing force.

If we assume a weight force of 24,000 daN for the load, we would actually need 9600 daN of securing force. And that is only because we are ignoring the fact that the load is in reality resting on rollers rather than on rectangular dunnage. Which means that there is a total shortfall of 7800 daN securing force, even though we have thrown caution to the wind with this calculation. The highest possible securing force that could have been achieved with this securing method was not even 1/5 of the securing force needed.

How can this attempt to secure the load be improved?

To start with, rectangular cross-section dunnage must be used. If additional height is really needed to allow clearance for the forks of a forklift truck, 2 pieces of plank-shaped dunnage are firmly bonded to each other. This is done by passing a number of bolts through suitable holes and securing them tightly. The resulting rectangular dunnage is covered on both sides with anti-slip material. To improve the lashing angles, the load can be stacked, provided that sufficient anti-slip material is placed between the layers. (Make sure that heavy-duty mats are used, as localized stresses can overload the material). If the material is to be unloaded with cranes or forklift trucks rather than with magnets on delivery, rectangular dunnage is, of course, also required under the second layer.

The bundles that make up the load must be arranged in such a way that at least one of the end faces of the load is flat. This flat end face must be loaded facing forwards so that all the bundles of billets together also form a straight, flat face. This front face of the load can now be secured effectively using direct lashings in combination with stacked squared lumber, heavy-duty wooden pallets, etc. Loop lashings are used to secure the load to the sides. These act both as direct lashings and as tie-down lashings. Of course, the load must be resting on anti-slip mats. This method of securing also secures the load to the rear.

Motto of the month: The laws of physics are not impressed by apathy and ignorance.