A touch on the brakes with a massive effect. It could be any day on a German autobahn. Traffic becomes congested at rush hour, near roadworks or for some other reason. A survey by the Bertelsmannstiftung showed that all drivers spend an average of around 41 hours a year trying to find a parking space.

The time drivers spend in tailbacks is undoubtedly even greater. And where there is a tailback, there will inevitably be an end to the tailback.

This is not a major problem for road safety, provided that everyone driving a vehicle is paying attention and keeping their distance from the vehicle in front.

Only when a driver is too close to the vehicle in front and is taken by surprise by the end of the tailback do things become dangerous. The driver performs an emergency braking maneuver and comes to a halt behind the vehicle they are following – or collides with it.

With commercial vehicles in particular, there is a further problem. They are carrying loads, and these loads are moving as fast as the vehicle on which they are loaded. If the load is secured properly, then this is nothing to be alarmed about. But if it is poorly secured or not secured at all, then it provides a demonstration of what "inertia" means. It attempts to carry on doing what it is doing at the time, namely to continue traveling at the same speed.

And that is what we can see in this Photo of the Month. 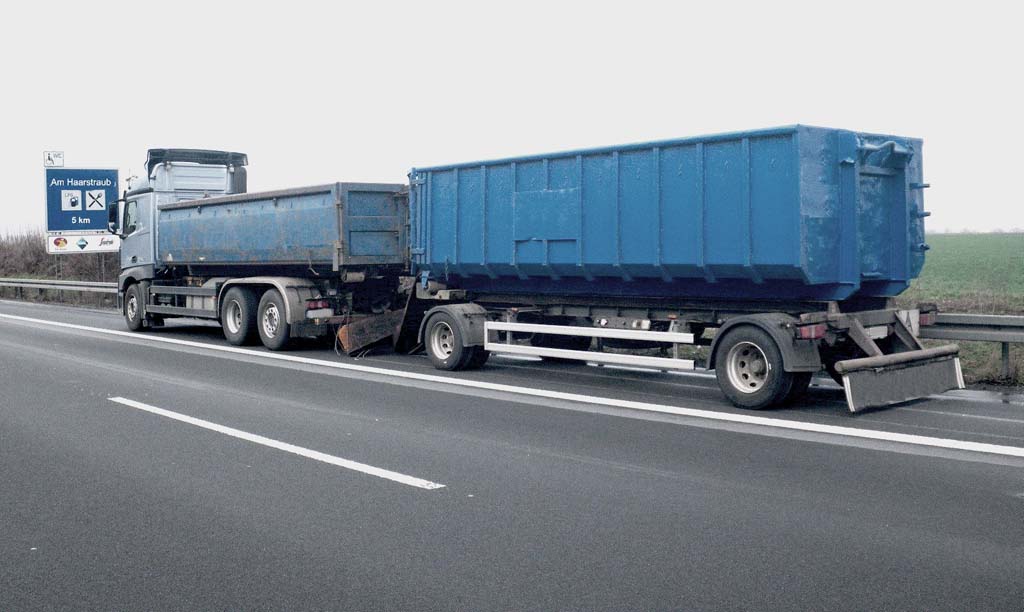 A truck with a trailer and swap bodies (in this case, roller containers) is traveling on the autobahn. The containers are loaded with steel scrap of different sizes.

At the end of a tailback, the driver has to brake a little more sharply than usual.

The unsecured load on the trailer slips forward, destroying the gate locks. Some of the load drops onto the carriageway, where it continues to slide for more than 50 m, until its kinetic energy is completely converted to heat by the friction on the road surface or to deformation energy. 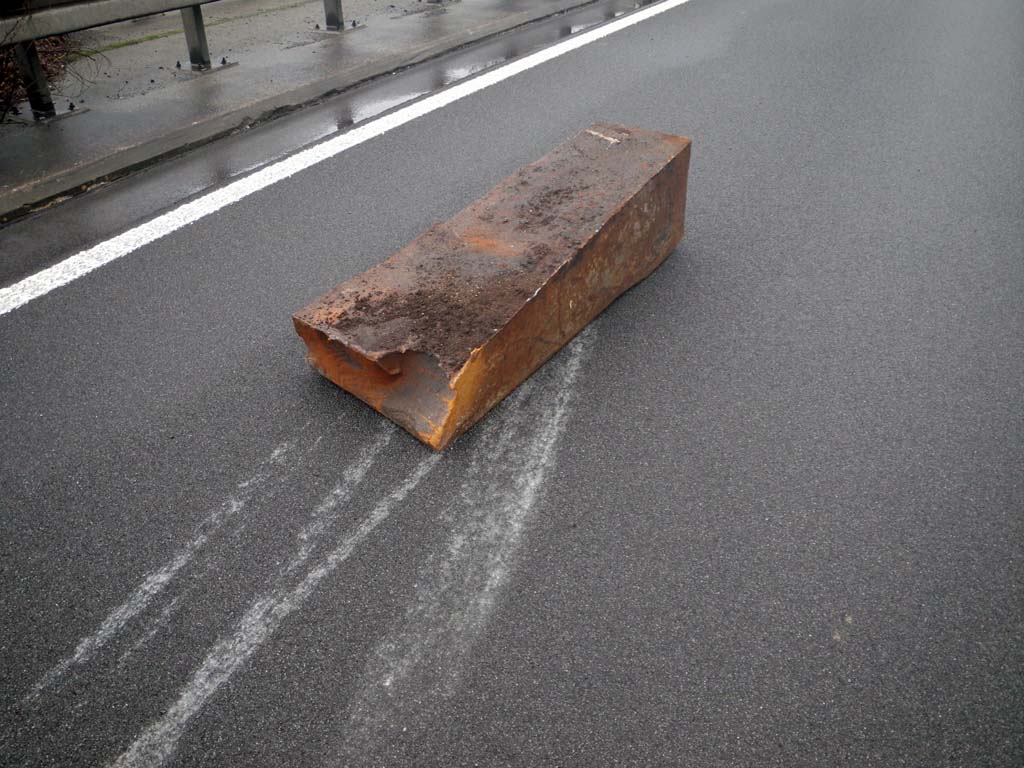 Other steel elements destroy the drawbar of the trailer and the supply lines. The scrap comes to rest there. 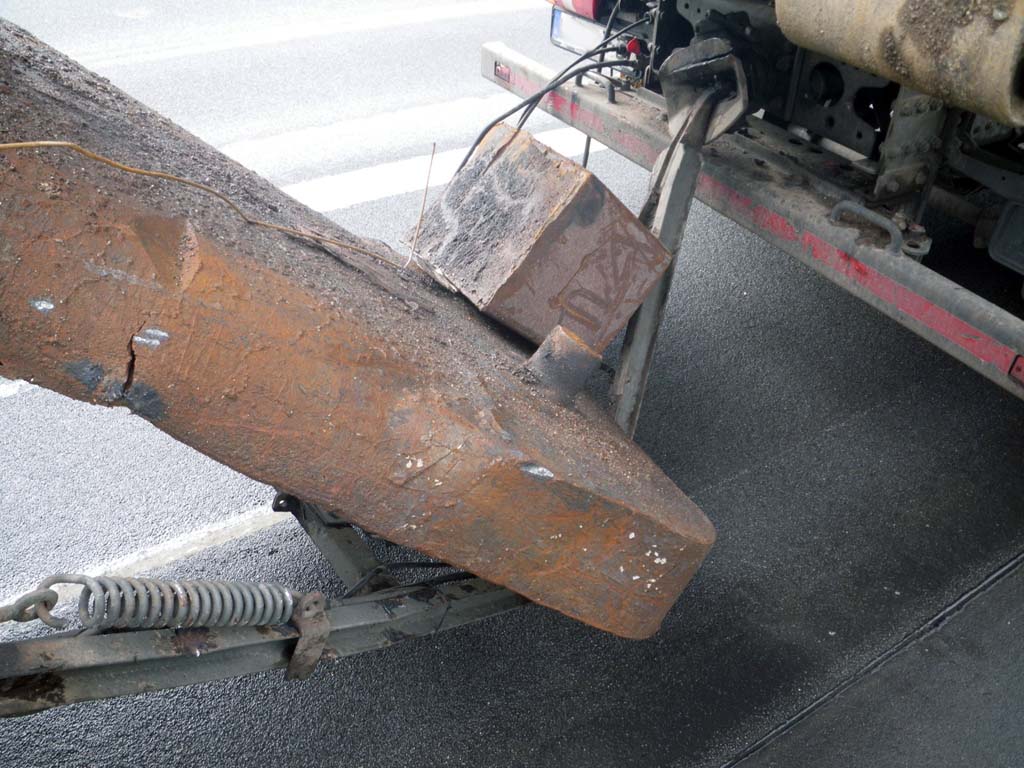 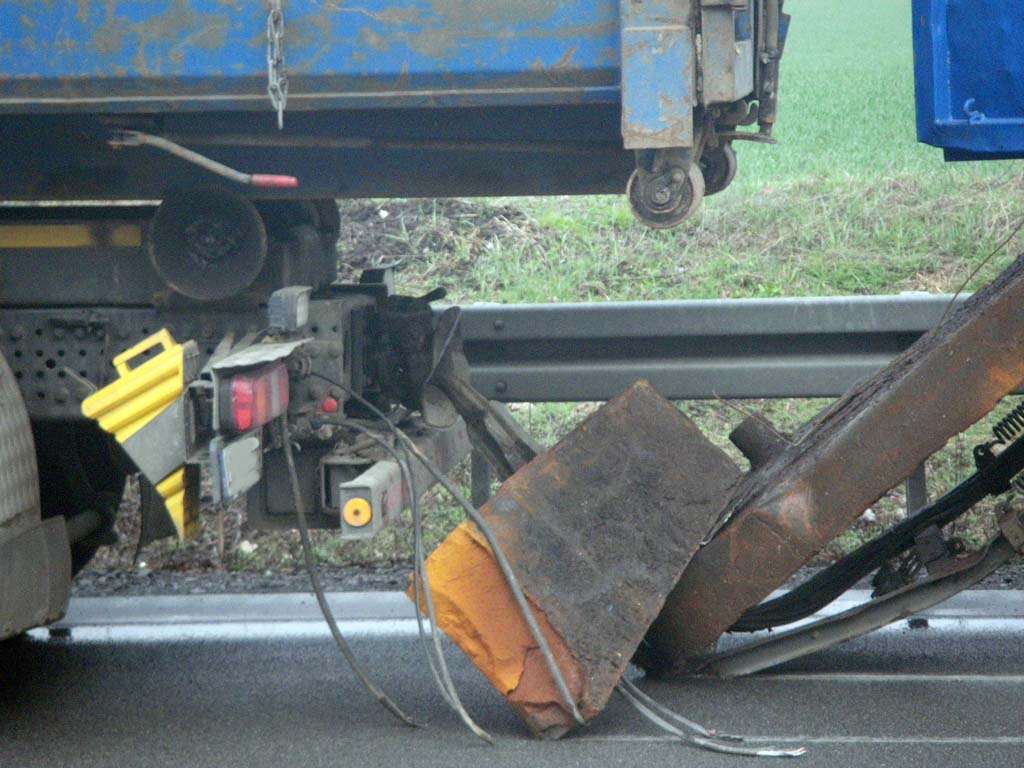 Conclusion: The result is considerable damage to the vehicle and scoring on the road surface. Fortunately no injury or damage was suffered by other road users. 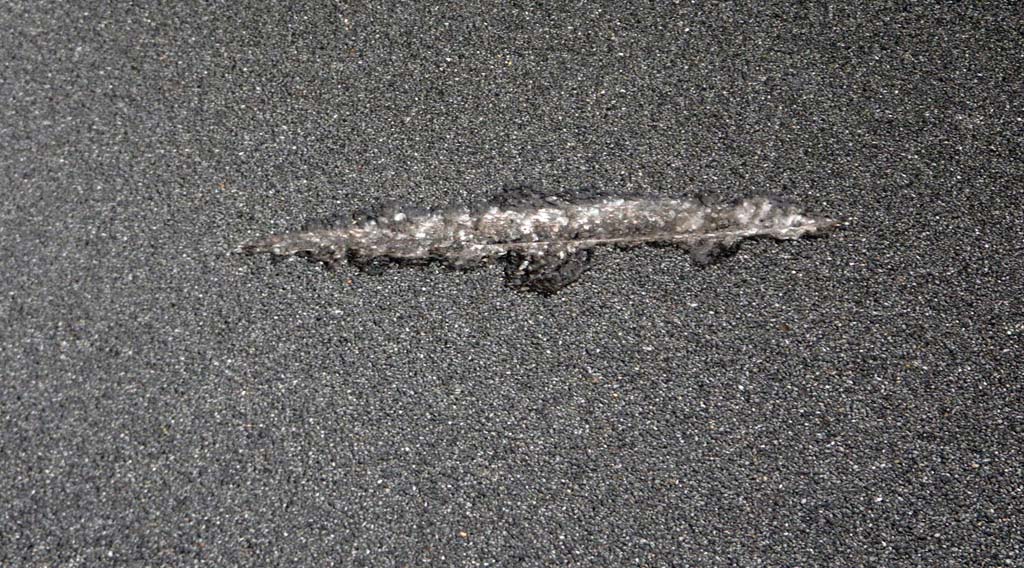 How were the cast steel parts loaded?

They were simply lying loose on the steel floor of the roller container. The floor was somewhat dirty, which meant that there was a low coefficient of friction. There was no tight fit in any direction. The parts were otherwise unsecured. 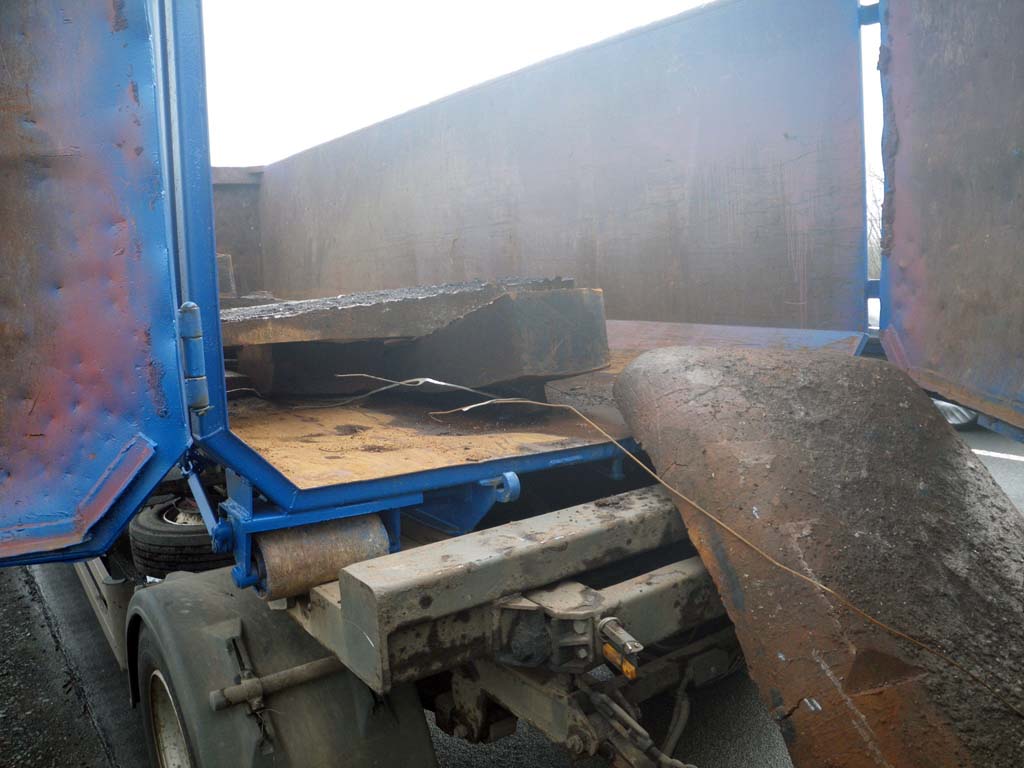 So how can a load like this be transported safely?

Roller containers are not generally fitted with securing points, so that direct lashing or tie-down lashing are not options.

Which means that the only available method is to load the scrap as a tight fit. This requires the load to be distributed over the loading bed carefully and without any gaps. Loading the scrap as "bulk cargo" must be avoided at all costs. Only then can the load be transported without risk.