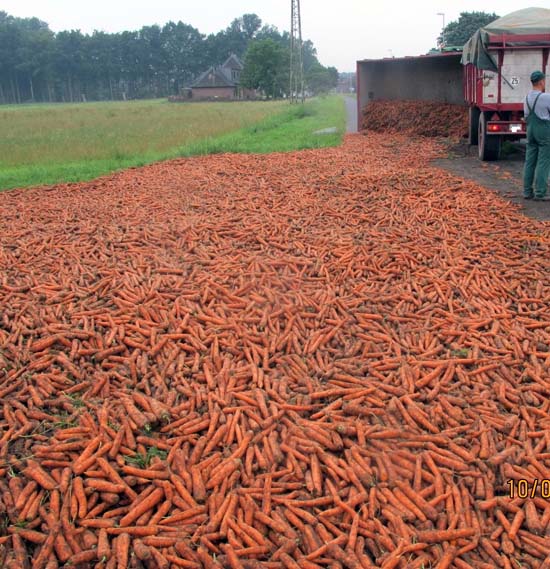 No, this was not a gift for Rudolf and his team. It was bulk cargo, probably being carried too fast. This carrot slick has nothing to do with load securing, but has a lot to say about inappropriate speeds. The driver clearly lost control of his truck and two trailers, with the result that the end trailer toppled over and tipped its contents far and wide. Collecting the load again may well have been punishment enough.