A load in a flap

Often, it is not only the value of a load, but also its weight that is assessed before it is secured. Insulating materials are often extremely light and are also of no great monetary value. And so we frequently see that little care is taken when securing them. 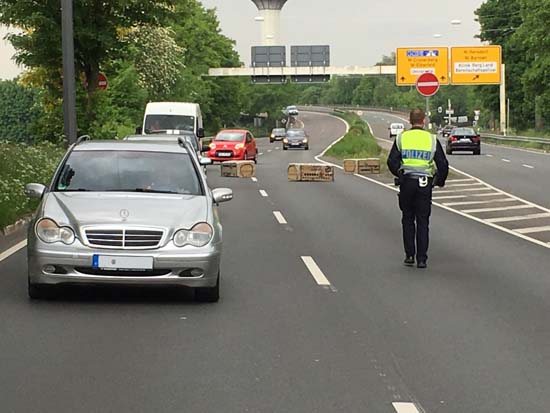 And this is what has happened here. Having just purchased this insulating material in a hardware store, the driver of the vehicle only managed to drive a couple of hundred meters before scattering it across the road. 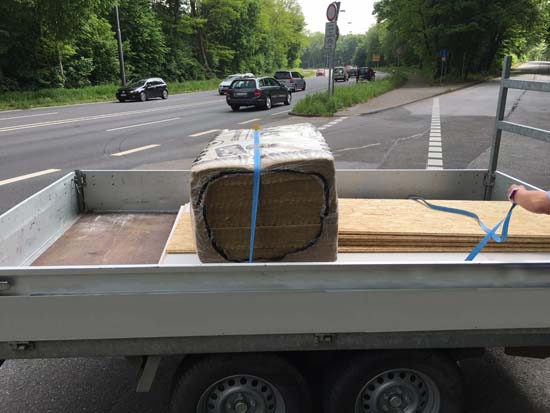 At a speed of just over 50 kph, the force of the wind seems to have been so great that the load felt the need to escape, and promptly did so. As far as one's initial reaction is concerned, it makes no difference whether a load is light or heavy if it suddenly appears on the road where it doesn't belong. It causes other road users to swerve violently and brake heavily when others are least expecting it. This can result in serious rear-end collisions, particularly when we consider that motorcyclists want to, should, and indeed must avoid such obstacles.

One could ask why a hardware store, that clearly sells this material day in, day out, was unable to make a proper suggestion for securing the load to the tradesman (we know this from the advertising on the trailer that we have airbrushed out). After all, in this context, the hardware store is technically the loader and shares responsibility for load securing.

But how on earth the people involved hit on the idea of placing three packages of insulating material under a single belt to "secure" them is anyone's guess. The trip with the insulating materials ended here. The trailer was unhitched and the car drove back to the hardware store to purchase a serious amount of load-securing equipment. This was then used to secure the insulating material on the trailer again. We assume that the police officers at the scene didn't just let the driver off with a serious warning, but made sure that this experience was something that those involved would not forget in a hurry.

So how can materials like these be secured properly?

Since wind and the large surface area of these lightweight insulating materials are the biggest problem, nets are a pretty good idea for materials such as these. Of course, additional tie-down lashings, ideally both lengthwise and crosswise, can also do a very good job.