The title of this month's Photo of the Month is somewhat misleading. We all know that the abbreviation "ro-ro" stands for roll-on/roll-off and is generally used to refer to driving transport vehicles directly on and off ships. That's not the case this month! We chose this title for this Photo of the Month because there is a risk that this concrete will roll away to the front: 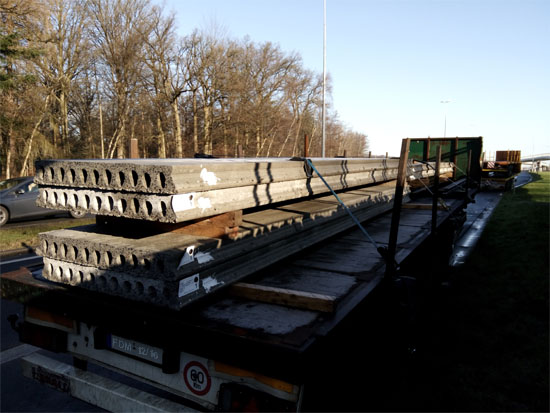 This month's photo gives us the opportunity to revisit one of our favorite topics in detail. After all, the loader who loaded this vehicle and sent the driver onto the roads with such an inadequately secured load appears to have pulled out all the stops to commit not just one, but two cardinal sins in our eyes. 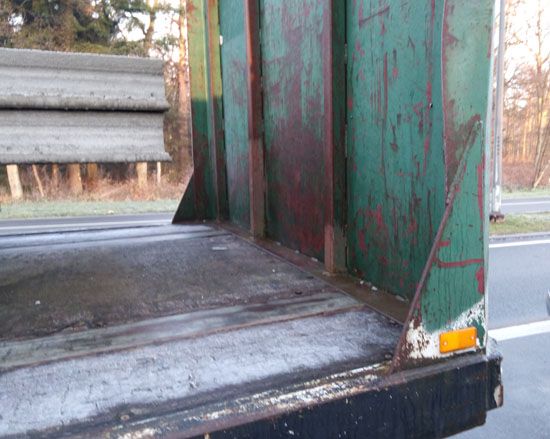 Having satisfied ourselves that there was no tight fit whatsoever to the end wall, we shall immediately turn our attention to Figure 3: 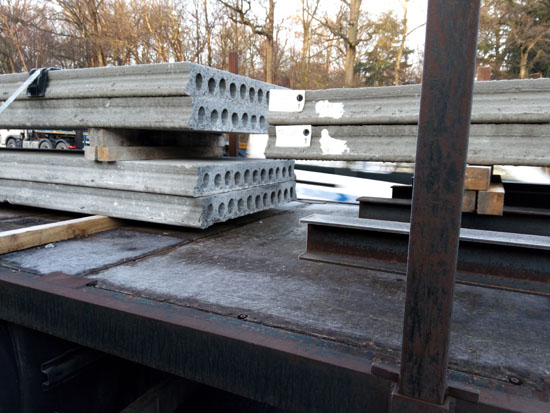 Here we can see something that has become somewhat of a hobby-horse for us after several hundred Photos of the Month: Dunnage with a square cross-section!

And not just square dunnage in its purest form. No indeed! It has also been stacked. One piece of such dunnage on its own would have been bad enough, but this stack would undoubtedly have started rolling. Not only that, the dunnage also has different cross-sections, and the individual pieces were almost certainly not joined together with bolts or other joining mechanisms to form a single unit. Not that that would have made much of a difference in this case, as the dunnage was stacked. 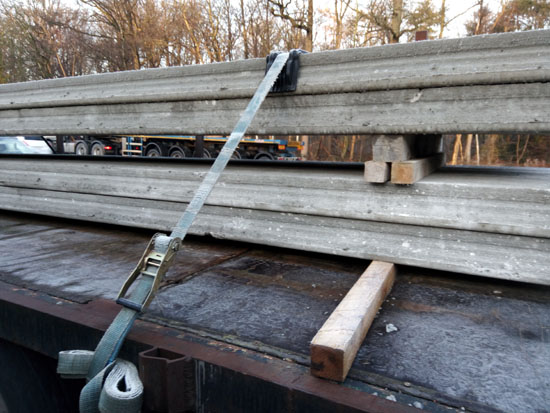 If a load is "secured" in this way, namely with tie-down lashings alone, and the driver needs to brake sharply, somewhere one of the pieces of dunnage would start to roll. The lovely high stacks would lose height as a result, and the already dreadful tie-down lashings would completely lose any effect they may have had. This load, probably weighing something between 20 and 24 tonnes, would be virtually completely unsecured on the loading bed and would have started moving straight away.

In passing, we should note that the belt used for the tie-down lashing shown here is probably fit for scrapping many times over. But for the purposes of this Photo of the Month, that is no more than a side issue.

And right at the end of the vehicle, where it initially appeared that rectangular cross-section dunnage had been used, we can see that there are two pieces of square dunnage at the bottom with another piece of different dimensions on top. And under the load we are not surprised to find lumber with a square cross-section: 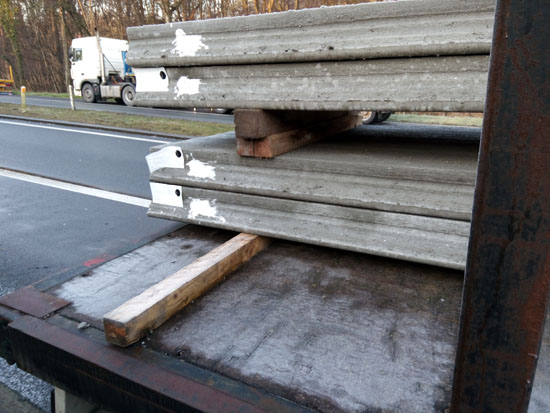 Figure 6 allows us to present you with a very special Christmas delicacy: 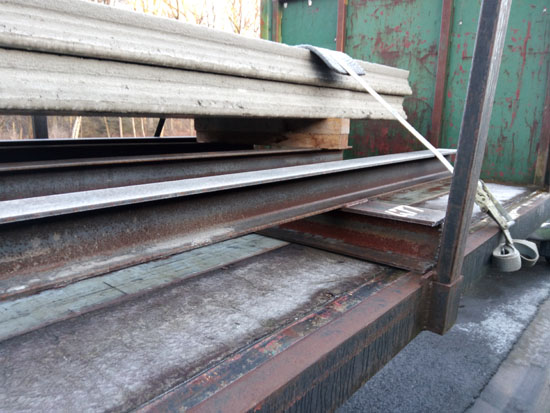 A loading frame made from welded steel beams indicates that this vehicle is often used to transport concrete. On top of the loading frame, we can see that someone has elegantly stacked two pieces of square dunnage, thus adding a perfect tipping effect to the rolling effect of the dunnage. This absolutely guarantees that the pre-tensioning force of this tie-down lashing will evaporate into thin air at the slightest movement.

We include Figure 7 only for the sake of completeness in order to show that no consideration whatsoever was given to the level of friction between the loading frame and the loading surface: 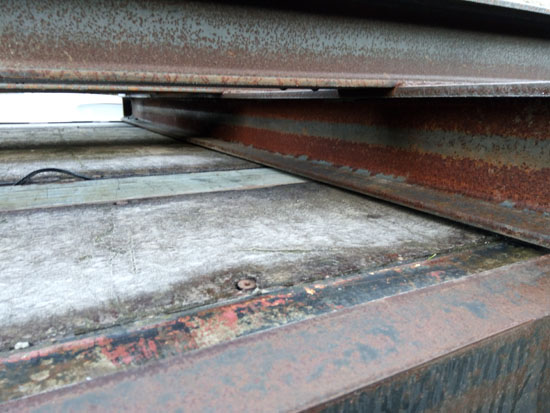 So how can loads like this be secured correctly?

Anyone familiar with this column will know what is coming now: To start with, we need dunnage with a rectangular cross section! Dunnage of this kind can be made by joining two pieces of square dunnage together with strong bolts and ideally covering both sides with anti-slip material.

Two tie-down lashings would probably be sufficient to secure the load. Of course, we recommend the use of four loop lashings to turn good load securing into excellent load securing. When considering how to secure the load to the front, we assume that anti-slip material has been placed under the loading frame and between and above the rectangular dunnage. This allows us to use a coefficient of friction of 0.6. Because we do not know what kind of concrete this is, we shall take a coefficient of friction of "just" 0.5 for the pairing concrete on concrete.

Overall, a single loop lashing to the front per pair of stacks is sufficient to deliver the necessary securing force. The belts of course have to be adequately protected against the sharp, abrasive concrete edges by protective sleeves or edge protectors.

Because we have secured the concrete stacks to the sides using loop lashings, the longitudinal securing arrangements do not have to be exactly centered, as the loop lashings prevent the load from twisting or tipping laterally.

To make it absolutely clear: In a longitudinal direction, we need three direct lashings around the front ends of the front stack, the top rear stack and the bottom rear stack respectively. This results in a load that is excellently secured in all three directions.

We wish all our readers not only a restful advent period and a happy Christmas, but also a safe and secure journey at all times.