From Big Bag to Big Bang

One of the most problematic loads we know of are big bags. For years, people have been trying to categorize big bags in terms of their content and behavior. A lot of effort has been expended trying to control these big bags somehow or other using tie-down lashings. It is possible that somewhere in the remote corners of the galaxy, there are big bag cargoes (bulk cargo) that can be secured using tie-down lashings. This is not one of them. 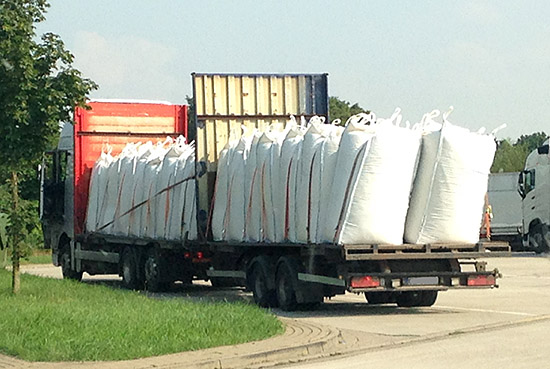 The unfortunate driver is fully aware of his wretched situation. He was sent on his way with an open-sided vehicle. That in itself is extremely irresponsible. And in this case, the carrier that organized this haulage operation was indeed irresponsible. And Mr. Loader, who sent this truck and trailer on their way, also acted irresponsibly as did „of necessity“ the driver. The driver noticed that his load gradually started to tilt toward the right. The only thing he could do was to re-tighten his tie-down lashings. What good can that do? How long will the pretensioning be maintained? How is the load secured at the rear? Question after question after question … 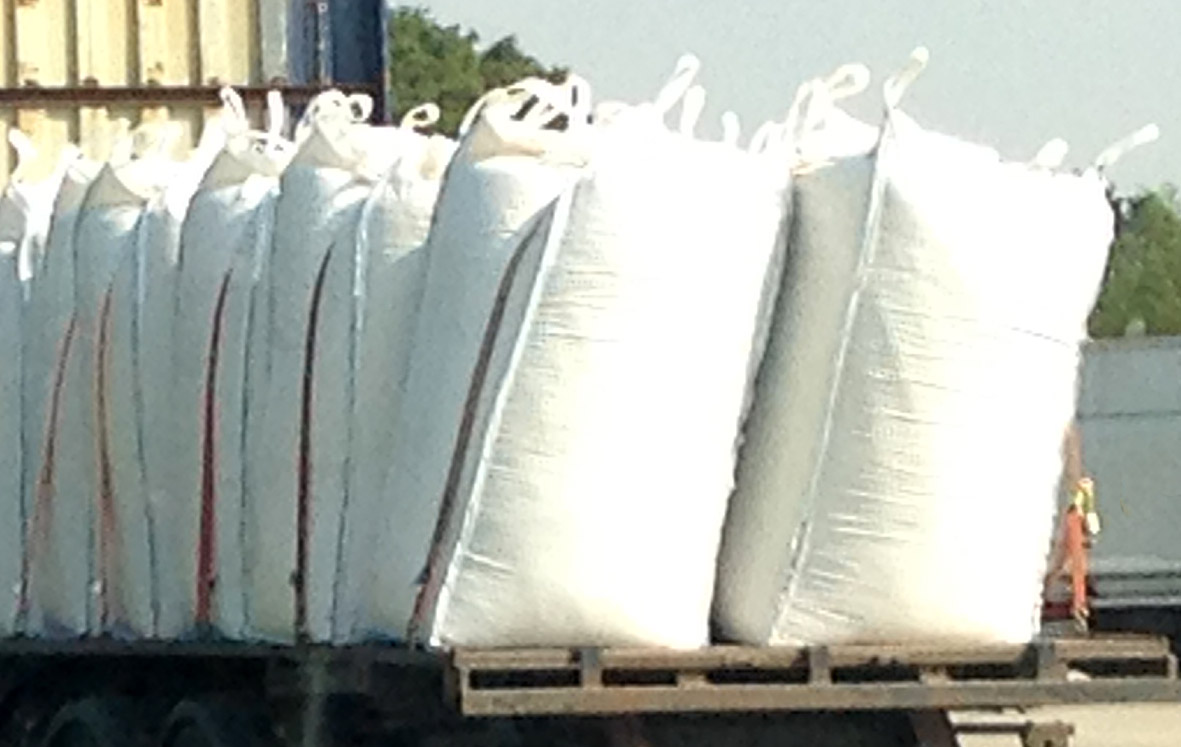 What is the correct way to secure big bags? Firmly. And with a tight fit. Either with stout side walls or directly in a container or a box. That’s all there is to it.

And anyone who thinks that the securing method depicted here is an option should imagine being stuck directly behind this truck and trailer in a traffic jam up in the hills. Finally, the traffic starts to move and driver’s foot slips off the clutch – if modern vehicles even have such a pedal. And even the idea of meeting this vehicle in a curve is undoubtedly one to set the pulse racing.

A word about the categorization of bulk cargo:

Attempts have been made to incorporate the most diverse properties of bulk cargoes in a categorization system. The angle of repose is one such property. That the angle of repose is used to evaluate safety in the field of maritime freight is correct and justified. However, in a ship, the bulk cargo is transported in a heap and the angle of repose indicates when the piled-up heap starts to move. In this case, though, the moisture content of the product is monitored along with other parameters, because a slight change in water content can modify the behavior of the cargo. Not only do the cohesion and adhesion change, but the granularity and contamination level of the cargo also influence its behavior, as do the temperature and the particular material mix that is being transported. In a bag, the angle of repose, if we can use this term at all in this context, takes on many other facets. Think of cement: It flows as easily as water. However, in a full bag, it is extremely solid, with the result that some people have decided it can be secured with tie-down lashings.

If products are to be transported in truly safe conditions then it is vital to be able to point to tests that show that the chosen means of transport and load restraint ensure safe transportation whatever the circumstances. If there is even the slightest doubt, we have the solution. It is known as a tight fit. Anyone who tries some trick or other in the face of sound common sense in order to make savings or reduce the strain on his own pocket bears a responsibility that can weigh more than ten big bags put together.