Yogurt on the road 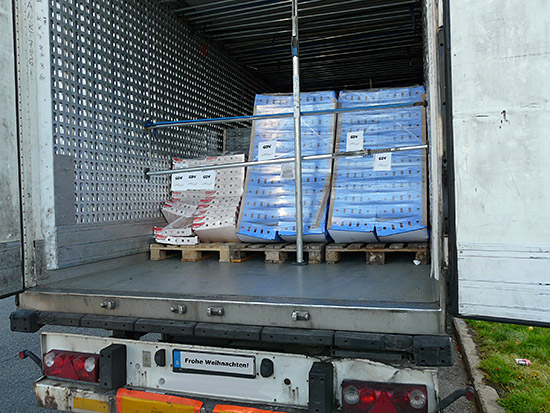 The load in this trailer has been excellently secured to the rear. And there is also a good tight fit to the front so we really cannot reproach the driver for his load-securing efforts. The vehicle itself is perfect for transporting this load:

Despite this, the cargo has moved forward considerably and this has probably caused a significant loss of value – because who wants to take dented yogurt pots, which may well no longer be properly sealed, back from the store with them? No-one.

So we have to ask: What went wrong? Correct: It is once again the packaging and the way the load units were formed. Yogurt pots tend to be round. A relatively large volume of air is present in the packaging and it is very difficult to achieve a genuine tight fit with such loads, especially when the vehicle accelerates forward or to the side.

To withstand this, the packaging would need to be a little stronger. It would be necessary to use wet-strength or moisture-resistant board that is stable enough to permit reliable stacking and securing of the load units. At least edge protectors were used for the blue pallets and their effect can be clearly seen. The blue loads on the two right-hand pallets are higher, and probably also heavier, than the load on the leftmost pallet. However, thanks to the edge protectors, they have remained considerably more stable. The load on the left-hand pallet has shifted significantly more because it was a lot less rigid due to the lack of edge protectors. However, the painful shortcoming common to all these load units is that the underneath pallets themselves are not bound into the load unit. This means that the load was able to move (tilt) relatively freely on the pallets. If the base pallets had been effectively integrated into the load units then the blue pallets would have probably escaped completely unscathed. 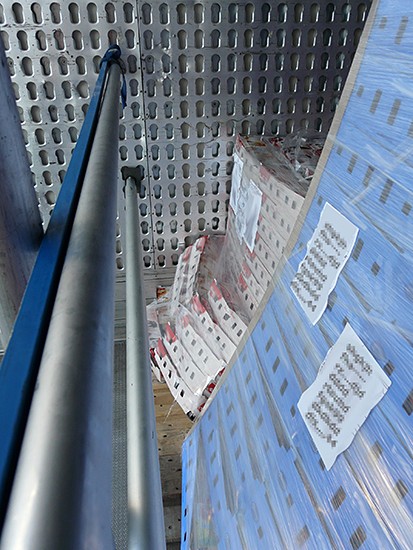 Figure 2 shows that it is not the pallets themselves that slipped, with the load then slipping just a little way forward. Instead, the pallets have, first and foremost, undergone a powerful „tilting movement“ toward the front. The positive effect of the edge protectors, which made the blue pallets considerably more stable, can be clearly seen.