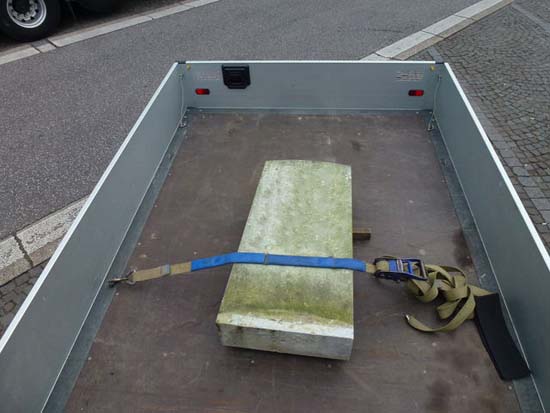 Anyone driving such a heavy tombstone around is in grave danger of needing it themselves. Here, virtually everything was done wrong that could possibly be done wrong.

The load continued on its way secured properly.