We are always happy to present our readers with new pictures and facts to keep this column interesting, but we have also always hoped that the column would have some lasting impact. But perhaps we are not managing to reach all the people involved in securing loads. And by that, we particularly mean the management of the companies responsible for loading, followed by the loading supervisors, the staff that actually load the vehicles, the forklift truck drivers, who need to talk to the truck drivers and plan exactly where the load is to be placed and, of course, the truck drivers themselves.

In this particular case, nothing dramatic actually happened, except that, as so often, the load securing measures fell short of the mark. The vehicle makes a very good impression and appears to be brand new. It is carrying plenty of load-securing equipment, but once again the load-securing measures have not been properly thought through. But before we take a closer look, we want to talk about exactly who is responsible. Of course, the responsibility lies with the driver, but it is equally clear that the responsibility also lies with the dealer or steel factory where these square pipes were loaded. After all, it is there that it really must have been obvious that the consignment was not secured properly. 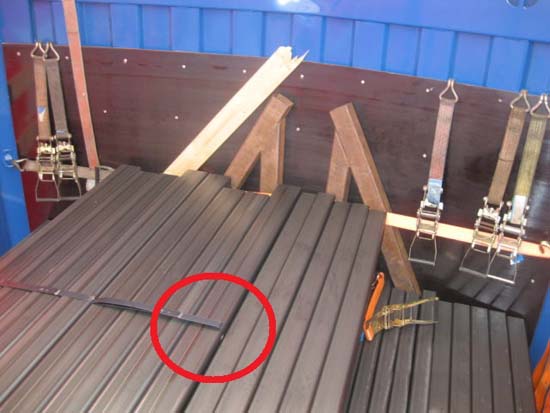 We have no wish to keep you on tenterhooks. The load has slipped and buckled the end wall. This picture does not show that very clearly, but when you know that the cargo had originally been loaded with a gap of 40 cm to the end wall and is now hard up against it, you can reasonably assume that kinetic energy has been converted to deformation energy. And the fact that a steel strap has snapped is additional evidence of inappropriate transport or movement. 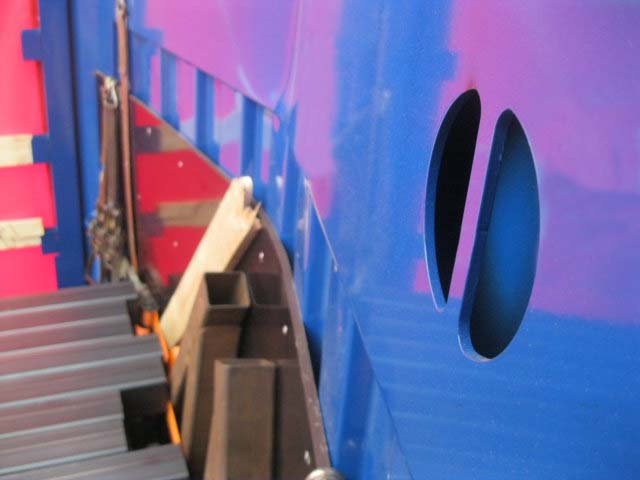 Figure 2 makes you want to weep. A brand-new vehicle, equipped with plenty of load-securing materials, with the end wall protected by textured, coated board: quite wonderful! And in fact, it is fortunate that the end wall is so robust and appears to be firmly connected to the trailer itself, so that nothing dramatic happened apart from the deformation. 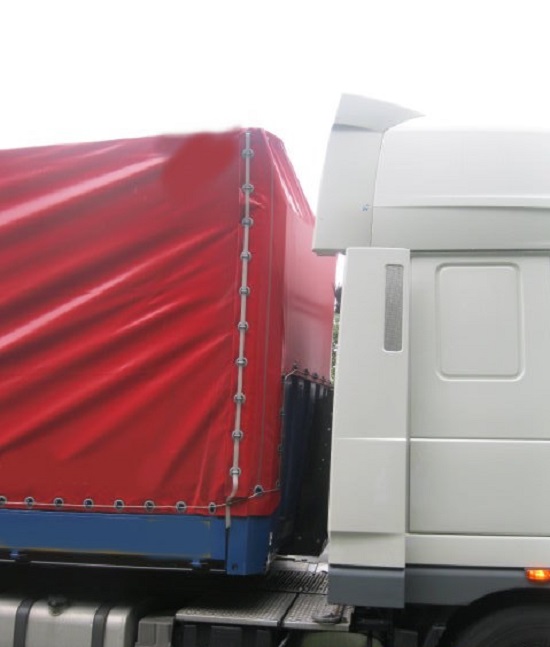 From outside, on the other hand, the deformation is plain to see, which is probably why the police noticed the vehicle and pulled it over for an inspection. 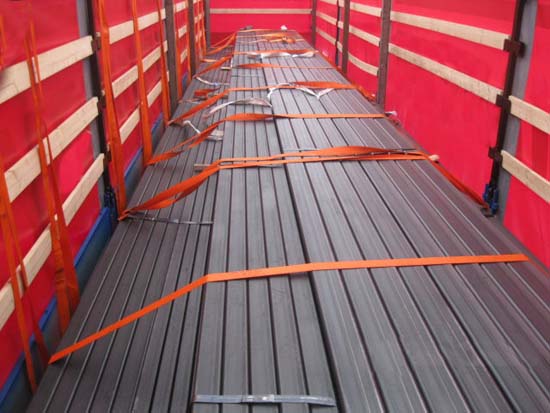 The cargo is a full load of bundled square pipes. In principle, this is an excellent load, because it is extremely homogeneous and can be secured without any difficulties when the right load-securing equipment is used. The total weight of the load was a little more than 27 tonnes. 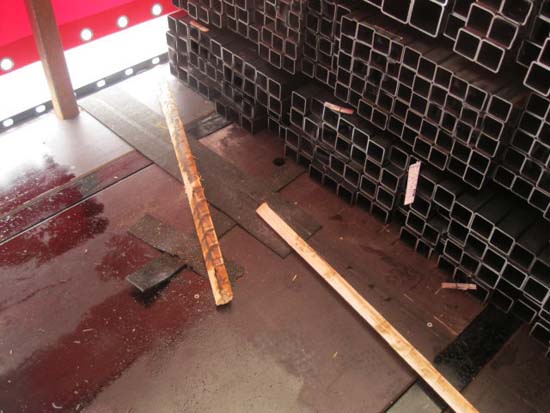 Figure 5 gives a rough idea of the distance the load slipped. We presume that the load was originally secured to the side using the square stanchion that can be seen in the top left of the picture. The load clearly slipped off the wooden dunnage that can be seen on the anti-slip material. We do not know whether the dark patches on the loading surface are oil or just water. 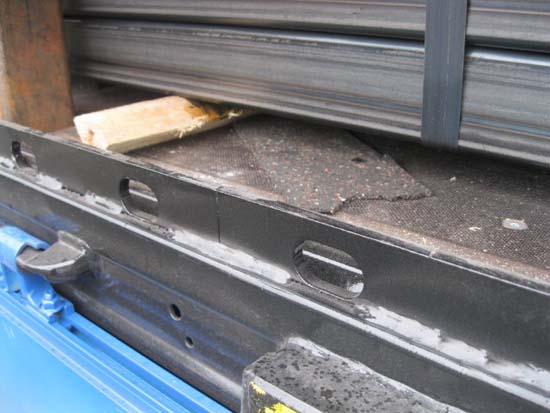 But one thing we do know is that the lumber used here is entirely unsuitable. For years, both in this column and elsewhere, we have been trying to get the message across that bottom dunnage and intermediate dunnage must have a rectangular cross-section. Square formats have a pronounced tendency to roll, and triangular formats with rounded surfaces are even more susceptible to rolling. We can, perhaps, be thankful that those responsible did not choose to use broom handles as dunnage. Furthermore, anti-slip material was used. This is a measure that is always to be welcomed. But it is crucial that an effective friction bond between the load and the loading surface and between the individual elements of the load is established. And again, this is something we have repeated like a mantra in this column, and will continue to do so. 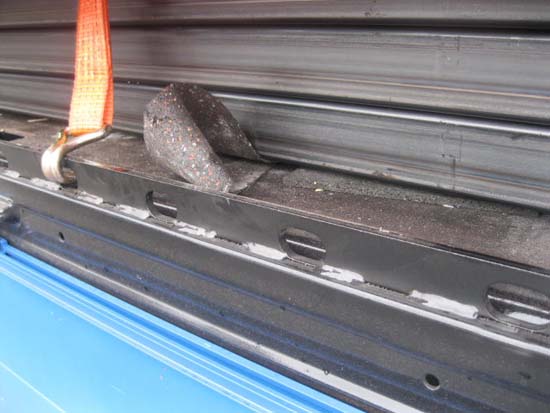 We can clearly see that the vehicle is equipped with anti-slip materials in two thicknesses. On the one hand, we can see 8-10 mm material and, on the other, the typical 2 mm or 3 mm material, which is there because the vehicle is fitted with Joloda tracks, and thicker mats cannot be used when transporting rolls of paper, for instance, which are moved forwards on the Joloda tracks. The way in which the anti-slip material has been pushed forwards is clear evidence of the movement and the consequences of this movement can also be clearly seen. The lashing belt, which was originally extremely new, perhaps even brand-new, is now hanging loose and forlorn in its intended load-securing point. This is a typical consequence of slippage. The lumber will have moved to a different position, causing the height of the load to be reduced, and, as a result, all the pre-tensioning force in the load-securing equipment will immediately have been lost. Any securing effect is instantaneously lost and the load can only call on friction to help it stay in place. 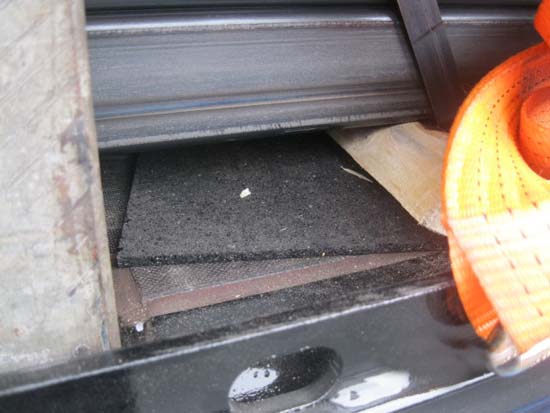 One positive aspect is that the vehicle is fitted with extremely robust side stanchions, as can be seen on the left of Figure 8. Although these were not used to load the cargo as a tight fit, they at least show that the vehicle had plenty of load-securing equipment on board. The anti-slip mat in this photo is at least 8 mm thick, which meets our minimum requirement for transporting steel. As far as the lumber is concerned, we can see the whole unpleasant story: It has rolled and, if it had not been stopped by the end wall, it would undoubtedly have rolled even further. The steel strapping has also suffered, probably snapping at the top or bottom, because it is not intended to restrain the load if it starts moving, but simply to bundle the square pipes. 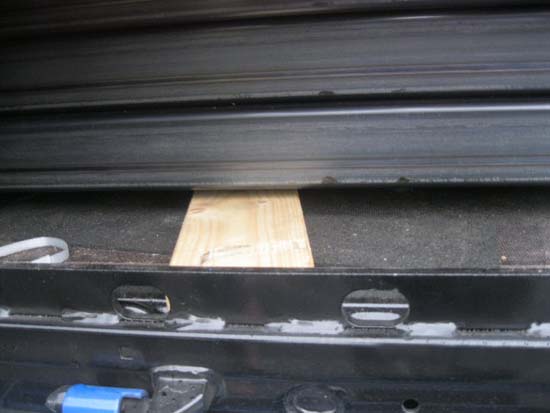 This is exactly what we want bottom dunnage to look like. The forklift truck driver may prefer them to be a little thicker, but the ratio of width to thickness is good. The only downside is that the anti-slip material was only used under the dunnage and not on top of it as well, which would have been crucial. This means that only the relatively low coefficient of friction of the wood is acting, rather than the high coefficient of friction µ of 0.6 of the anti-slip materials. 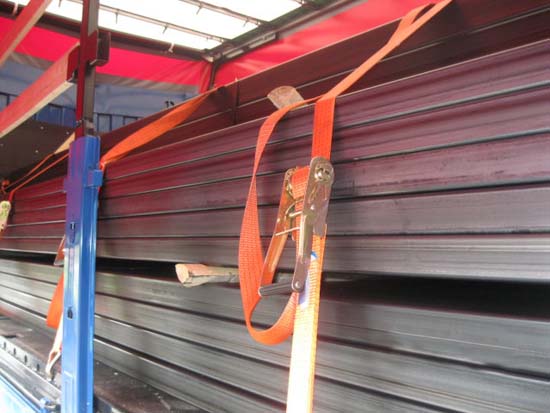 Figure 10 clearly shows the consequences of the indescribably poor intermediate dunnage. Scrap wood was used, which guaranteed that all the efforts to secure the load were in vain. If those responsible decide to secure a 27-tonne load with tie-down lashings, it is plain common sense that steps should be taken to ensure that the high level of friction provided by the anti-slip material actually takes effect, otherwise any attempt to secure the load is doomed to failure. If rectangular cross-section dunnage had been used exclusively with this load, and if all the dunnage had been continuous sandwich elements (i.e. covered top and bottom with anti-slip material, whether glued, bolted or attached in any other way), a hefty 9000 daN of pre-tensioning force would still have been needed to restrain the load. This would not have been possible using the ratchet handles shown in Figure 10. The ratchet handles used in this case would only have allowed a pre-tensioning force of 320 daN to be applied. If this is then multiplied by 1.5 (K value), the result is 480 daN of pre-tensioning force. If 10 belts were used, this would amount to 4800 daN, or just over half of what would be needed. Anyone who equips their vehicles so well and who likes to use tie-down lashings to secure loads is well advised to use long-lever ratchet handles. With a pre-tensioning force of 500 daN (STF), 12 belts would have been enough to secure the load. But with intermediate dunnage with no anti-slip material whatsoever and a shape that actively promotes rolling, any attempt to secure the load, particularly with tie-down lashings, had no hope of success. 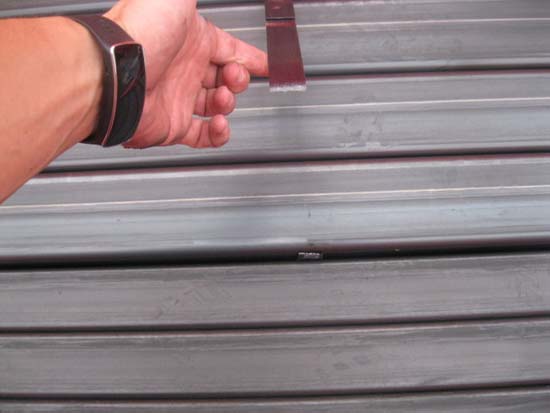 This picture shows a snapped steel strap. One could shrug one's shoulders and note that the strap failed because the load slipped. But that is how catastrophes start! The load is no longer bound together and slips. The load-securing equipment loosens, and if all the steel straps had failed, the first square pipes would have been able to penetrate the tarpaulin and escape. A snapped steel strap is never a mere trifle. There are good reasons for bundling a load. 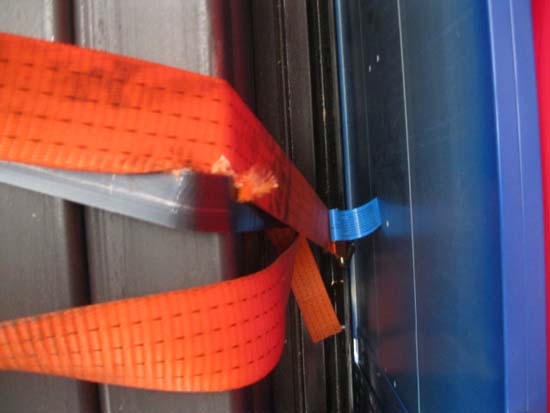 No matter how important steel straps are for bundling the load and, of course, lashing belts for securing the load, they are mortal enemies. The steel strap shown here has damaged the belt to such an extent that, despite being new, it is already fit for scrapping, and the steel strap itself has become deformed by being trapped behind the belt, and has perhaps snapped.

Nothing really dramatic happened, apart from a buckled end wall, so it could be quite possible to carry on as normal. But if the vehicle had not been fitted with such a robust end wall, this journey would not have had such a "happy" ending. The results could easily have been catastrophic, purely because the friction chain and the intermediate dunnage had not been thought through properly.

So we shall recap slowly, so that everyone has the chance to take notes:

Sandwich elements are made from elongated rectangular cross-section lumber. Anti-slip materials must be glued to both sides of the lumber. When transporting steel, heavy-duty anti-slip materials must be used so that they are not destroyed by the high forces. These sandwich elements must be used to create a friction bond between each individual package. In other words, the packages must not be in direct contact with each other at any point and must only rest on rubberized materials. The dunnage must be as wide as possible and have an elongated rectangular cross-section. It must, of course, be stable and of sufficient height to allow the forks of the forklift truck to pass between the packages without difficulty. The width of the dunnage must still be at least twice its height, preferably three times its height to counteract any tendency to roll.

We wish you a safe journey and a safe return.