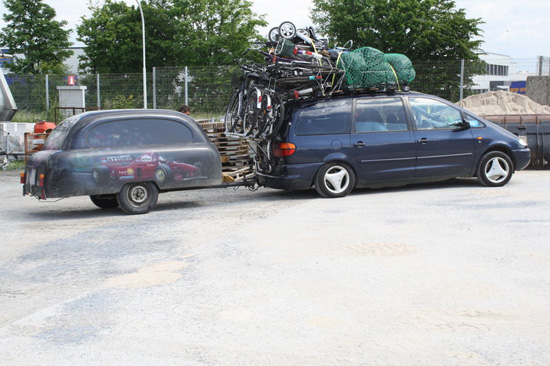 Undoubtedly, these folks could appear on a quiz show, claiming that they were able to get seven people, seven bicycles and huge amounts of luggage into this strange vehicle and set off on holiday.

They would have won at least half the wager, because they managed to get everything on board, even if the way they did it was extremely idiosyncratic. But they were stopped before they reached their destination by the police, who ascertained that the vehicle was 20% overloaded. The officers took rather a dim view of the fact that some of the load had been secured with adhesive tape. If you then consider the load on the roof, there is probably a second case of overloading. Before embarking on a trip, it is worth thinking about your vehicle and the quantity of "cargo" you want to transport with it.