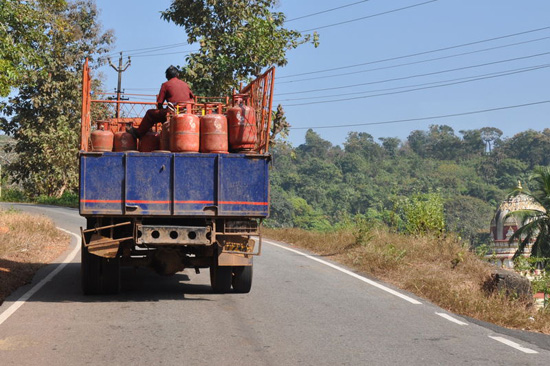 In this column, we often talk about load securing as being something that sometimes involves some complex handiwork. This photograph is not exactly what we mean. The photo was clearly taken in a tropical country, but even here in Germany, we often see ingenious people transporting loads on the roofs of their vehicles and securing them "by hand". Just open the window, stick your arm out and the load is secured by hand for the short trip. Even if the load happens to be a sofa. The fact that the photograph shows hazardous goods being transported makes it even worse, because hazardous goods remain hazardous wherever they are being transported.

Sadly, awareness of load securing is not yet the same the world over, so this column will undoubtedly carry on for a few years yet, as there is clearly a lot still to be done.