Securing a load to the rear is often given little attention. People tend to be more aware of the need to take steps to prevent a load shifting forward or to the side, but what about to the rear? 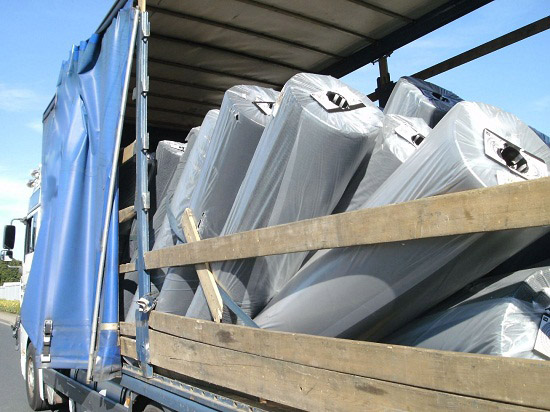 Mr. Scholz has sent us some excellent photographs, for which we thank him. The load was made up of 51 rolls of carpet standing on end. Or at least they were still standing when they were loaded. That universal panacea of the load-securing world, the retaining board, was once again used to secure the load to the rear. As such, retaining boards are a great boon if you want to stop the top of extremely light loads from tipping. but, leaving that aside, these rolls of carpet had a total weight of some 6 tonnes and so it is somewhat of a joke to expect them to stay in place while being jiggled about on the road and held in place by a retaining board, attached to side boards which, to add insult to injury, were also only made of wood. 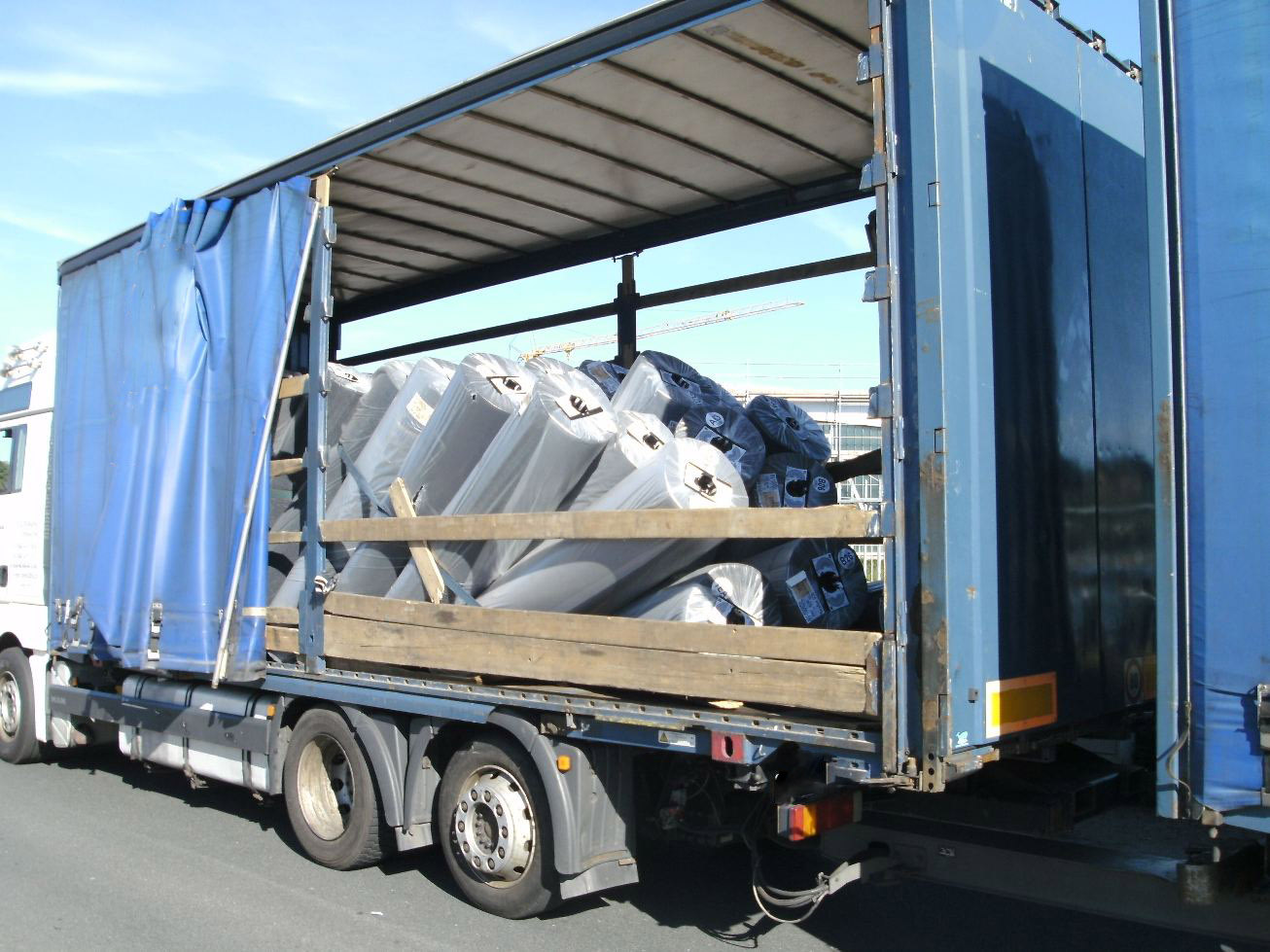 If you wish to transport this type of load on end, then it must be made into a sensible load unit rather than being left loose and counting on the poor driver to make sure they don’t topple over. The responsibility for securing the load so that it is safe to be handled and taken on the roads lies with the shipper. So this is not the way to do it. The "load securing equipment" probably failed the first or second time the truck pulled away, and you can’t really blame it.