So they all rolled over and…


… well, we know the rest. Perhaps we shall prove our critics right today. We do occasionally tend towards sarcasm in this monthly column. But in our Christmas specials we allow ourselves that liberty. And the title above is taken from the well-known children’s rhyme. We are sure you will forgive us this time. But what on earth are we meant to write about this thoroughly bizarre loading method? Okay, we’ll have a go. 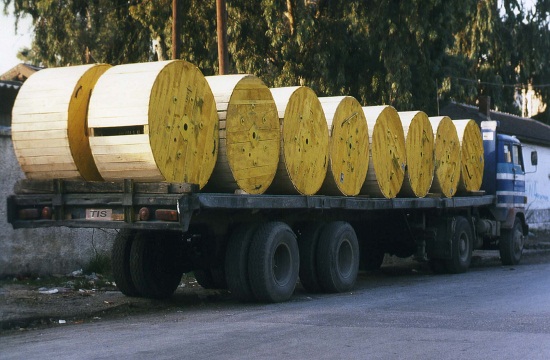 The load is liable to roll and has been loaded with the rolling axis perpendicular to the vehicle. To start with, this means that no friction is acting in the direction of travel (other than rolling friction, which is negligible). We cannot say whether there is a tight fit to the front, but we can with certainty say that the end wall is incapable of securing the entire load in the direction of travel. You can see from the cladding, that has already begun to disintegrate, that the cable reels are not able to withstand such loads. But that is merely incidental. An added problem is that the reels have been loaded in such a way that there is a considerable gap between the two rows. This makes it difficult to secure the load well. The wedges and lumber that can be seen on the loading area serve only to load the reels safely, and cannot be regarded as a means of securing the load. Firstly, wedges used for securing loads in the direction of travel must be pipe wedges that have been cut correctly, and secondly, such wedges must be at least 1/8th of the height of the load that is being secured. One sensible securing measure would be to secure the reels directly to the front and rear in the direction of travel through the eyes of the reels. Tip: A particularly good method of securing these reels would be to pass robust steel rods or pipes through the eye of the reel, and then attach direct lashings to these. This can facilitate matters considerably. If the reels are placed side-by-side as a tight fit, this enables the load to be secured well to the sides. If the pipes described above protrude from the eyes of the reels, a length of squared lumber could be placed on top of them in the direction of travel. Loop lashings to the sides could then be made over these beams between every group of four or six reels. But there is no limit to the imagination. Practitioners on the ground often come up with far better ways of securing the load.