It’s so heavy, it won’t shift an inch
or
Enlisting David to do Goliath’s work

It doesn’t take a genius to realize that heavy items are difficult or even impossible to move by hand. It’s patently obvious that really heavy loads such as zinc ingots for instance, when stacked and strapped together to form load units, cannot be moved by hand at all.

Unfortunately, however, when it comes to load securing, many people simply assume that this somehow applies to load slippage as well. A comment you often hear at truck inspections is:

This is the sort of exchange that can be heard all the time during truck inspections. But we don’t want to just leave it there, that would not do the issue justice. 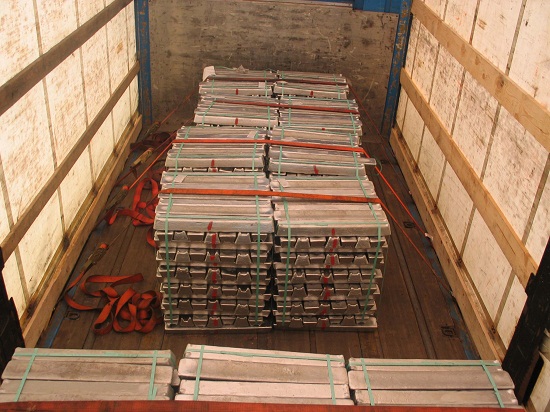 This load is made up entirely of zinc ingots. Said zinc ingots are bound together to form load units and at least the first eight are hard up against the end wall. Each individual load package has a tie-down lashing. For reasons of load distribution, considerable gaps were left between the packages. 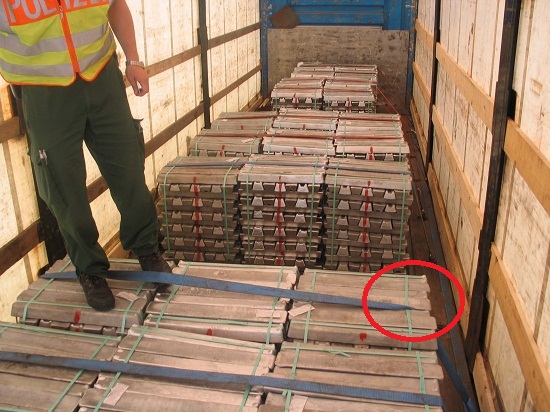 The second load gap is as impressive as the first, and provides the load with considerable scope to move forward if it came to the crunch. Notable is also the lateral freedom of movement. If the load were to slide sideways, it would build up so much kinetic energy relative to the loading area that the tarpaulin and wooden slats would be unable to offer up any kind of effective resistance.

By the look of it, no great care has been taken when tying the load down either, as the inspector is able to easily lift the strap with his foot.

But we don’t want to just point the finger at the driver who checked the load securing here. This load speaks volumes. It says an awful lot about the loader too:

– For reasons of load distribution, apparently random gaps were left between the individual load units. 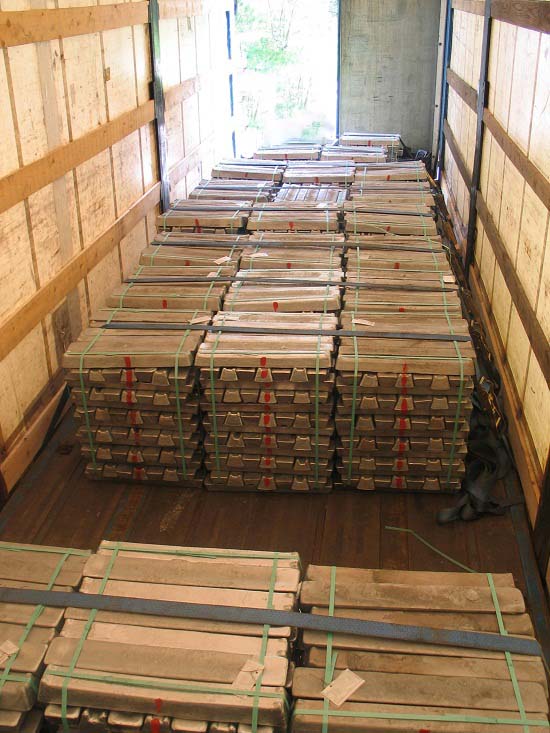 – The load units are the wrong way round. As a result, the belt, which is now lying completely loose over the load, has been able to slip between the ingots. If the load units were rotated by 90° on the vehicle, the belt would be unable to slip down.

– No thought at all has been given to friction and securing the load as a whole. 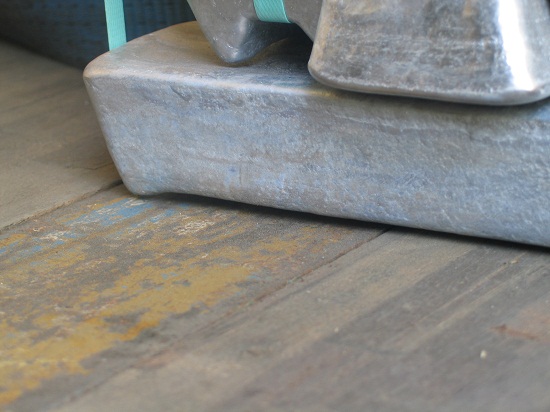 In this month’s column, we will refer to our virtually invisible helpmate when securing loads, i.e. friction, as David. For friction is the force that can be thought of as resulting from the meshing of two different materials at a microscopic level. It can clearly be seen in Figure 3a that the loading area of the vehicle comprises different materials, namely steel members and textured coated board. So on the one hand we have friction of zinc ingot on steel, and on the other hand friction of zinc ingot on textured coated board. The detail of the photo in Figure 3a is very good so the relatively rough surface of the zinc ingots is readily apparent. If these zinc ingots were lying on rough-sawn lumber, they could probably achieve a coefficient of friction of 0.3. We would assume that the friction pairing of zinc on steel or zinc on textured coated board (where in use) would be 0.2 at most. 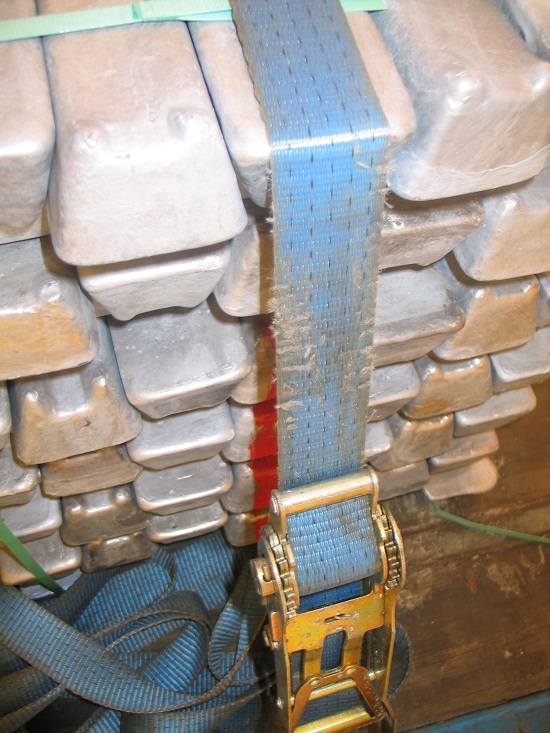 It is evident from Figure 4 that the driver who secured this load has put a lot of effort into pre-tensioning. He apparently even used long-lever ratchet tensioners to produce a significant pre-tensioning force. However, the way in which the zinc ingots have been stacked offers too much scope for giving way to the pressure of the belt, allowing it to slip between two ingots.

So how can we get David do virtually all of Goliath’s work? 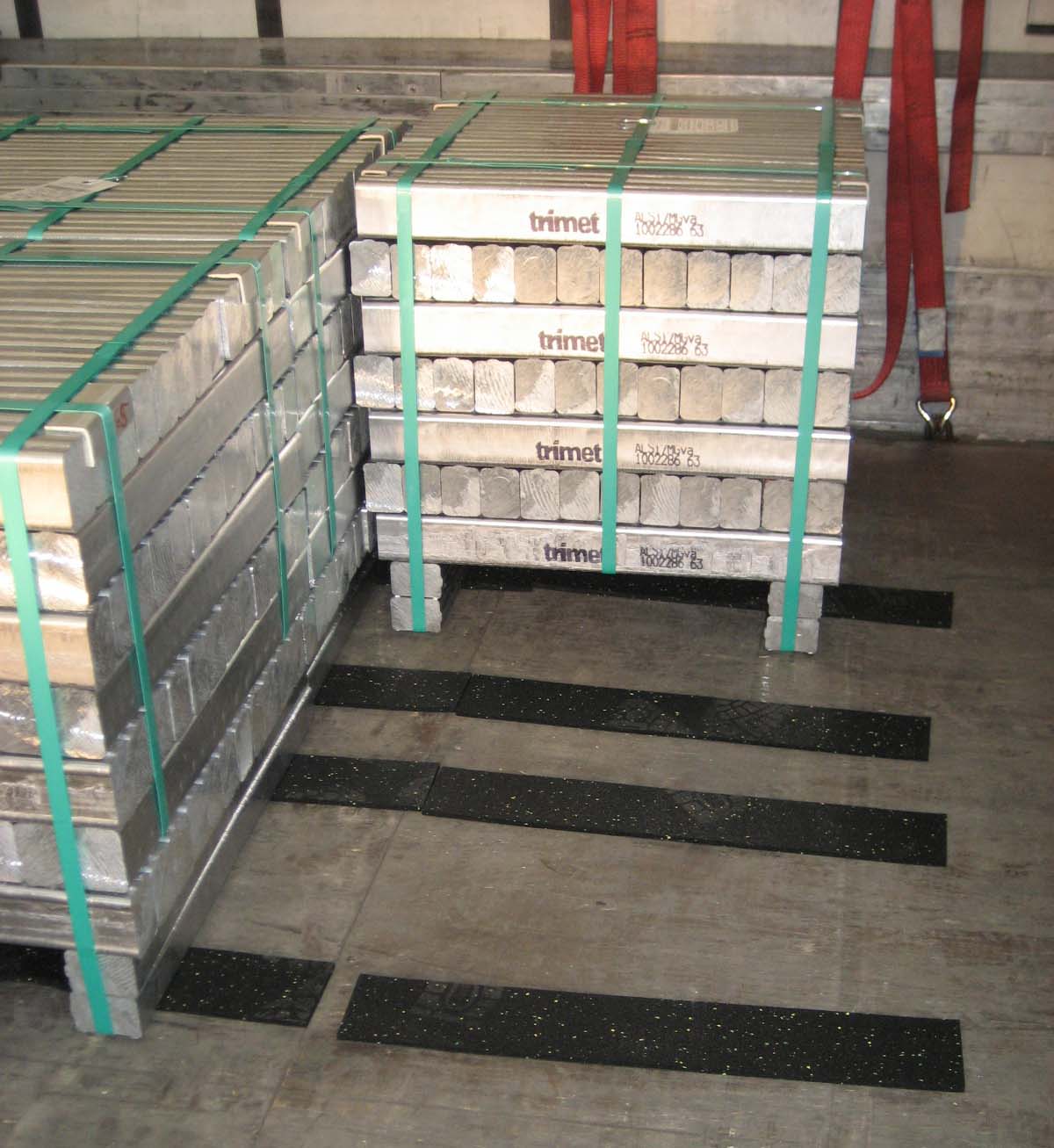 The load (Goliath) has a weight of 24 tonnes and is to be secured against slipping forward to 80% of its weight-force. In the example discussed above, the degree of friction was low and David did not contribute very much. In the positive example shown in Figure 5, David has already taken care of 75% of the load securing task. In each case two strips of anti-slip matting have been used under each load unit of the aluminum remelting ingots. So there is no need to struggle to remember what coefficient of friction applies here.

Note: Remelting ingots are small bars of metal that are semifinished products in pig iron or aluminum production. 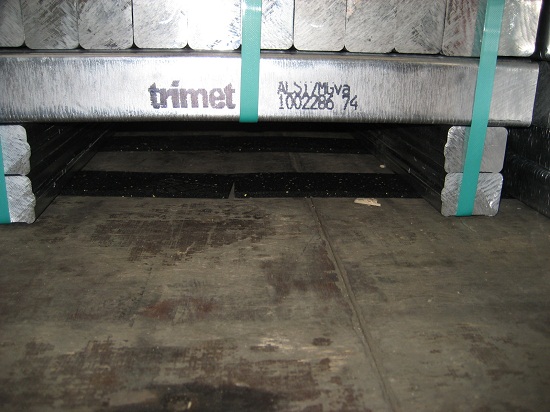 Assuming that the anti-slip material is of sufficient quality and strength, and that it is laid underneath in such a way as to isolate the load from the loading area with respect to friction – as can be seen clearly in the positive example above – a coefficient of friction of 60% can be achieved. 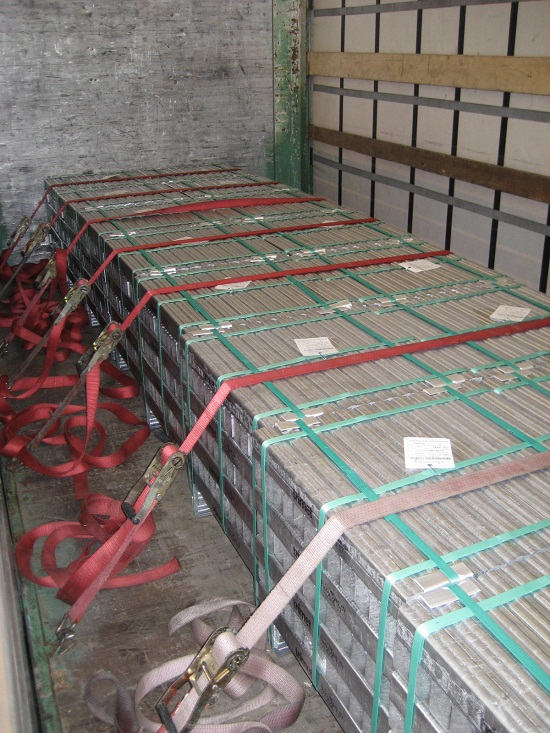 So that this friction can be fully effective at all times, each individual block is additionally lashed down. Figure 7 clearly shows that long-lever ratchet tensioners have been used to create an impeccable pre-tensioning force. But, much more importantly, the last aluminum ingot is at a right angle to the belt. In this configuration the belt cannot slip between the ingots and consequently squander all its pre-tensioning force.

Let’s do a few sums now. The starting point is a total load on this vehicle of 24 tonnes. Overall a securing force of 19,200 daN is needed to prevent forward movement. Friction supplies 14,400 daN of this securing force. That is the lion’s share supplied by David. We now "only" need to apply a further 4,800 daN from other securing measures.

But in fact there’s even more. With this form of compact and tight-fit loading, the securing force of the end wall was also utilized. Depending on design, the end wall provides 5,000 or 13,500 daN of securing force, and consequently provides an additional safety margin. Since David, our frictional hero, is doing his trusty work in all directions, he has also taken care of load securing to the sides and rear.