Contrary to any expectations we may have raised with the title of this column, we are not drawing attention to the beginning of summer this month, but rather to the nature of the load being transported here. 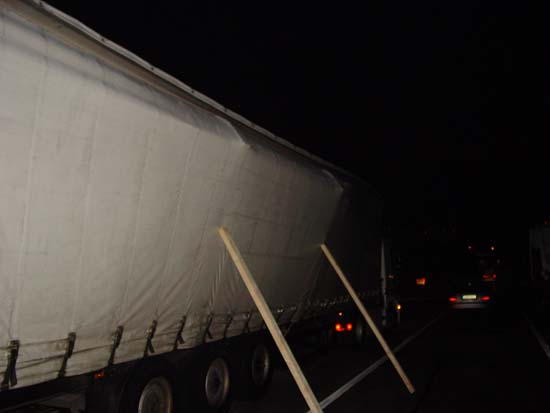 This curtainsider was transporting heat exchangers. Figure 1 clearly shows how part of the load has already tipped to the right into the curtain. Initial measures to contain the damage and save the load have already been taken in the shape of additional supports. The roof support of the curtainsider also appears to have begun to bend. 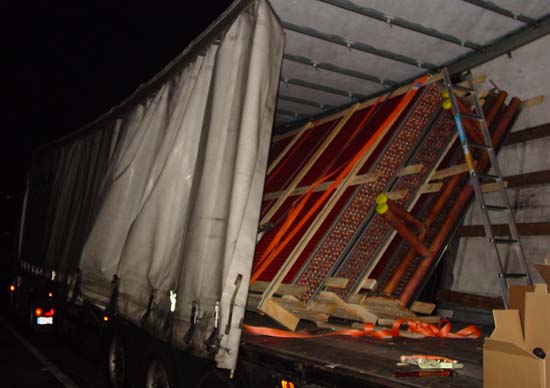 This photo clearly shows the three heat exchangers that have tipped to the right into the curtain. They are very narrow and tall. The risk of tipping is unmistakable. If we assume that an item of cargo only begins to be stable at a dimensional ratio of 2:1 (2 vertically and 1 horizontally), and only then if the mass is distributed homogeneously and the tipping edges are rigid, or, to put it another way, that a load is no longer stable if this ratio is exceeded, the risk of these coolers tipping is plainly visible.

The load was secured with tie-down lashings. This clearly shows how the load was able to tip to the side under the lashing belts. It was only the tarpaulin and the superstructure that prevented the heat exchangers from tipping further to the side, and it was just a matter of luck that the load or its packaging did not slip further to the left on the loading area. The load securing equipment is still intact, but was nevertheless unable to prevent the load from tipping. It is clear that tie-down lashings alone are not adequate or appropriate for securing loads that are liable to tip. That is correct! Assuming that the load has been packaged correctly (more on that topic later), there are two ways to make the load more stable using lashings. On the one hand, individual components of the load can be placed next to each other and bundled with belts to form a single unit. In this case, the belts are placed around the load at the top, in the middle and at the bottom.

This approach increases the footprint of the load relative to the height. If a stable load is achieved by this means, it can be secured using tie-down lashings provided that sufficient friction is present.

As a basic principle, the packaging should protect the cargo against the loads encountered during transport, handling and storage. Furthermore, the packaging should facilitate handling of the load and allow it to be secured on a wide range of different modes of transport. Although this columnist is unaware of how delicate these heat exchangers are, he assumes that they are relatively sensitive and judges the packaging to be somewhat meager. The base of the packaging is narrow and the load is high, which means it is patently liable to tip and the front of the heat exchangers are totally unprotected except for the fact that the boards protrude considerably. Only the manufacturer can say whether these load units (insofar as the term "unit" is in the least applicable in this case) can be secured effectively using loop lashings to the front and back without the heat exchangers being damaged if they are subject to a load. 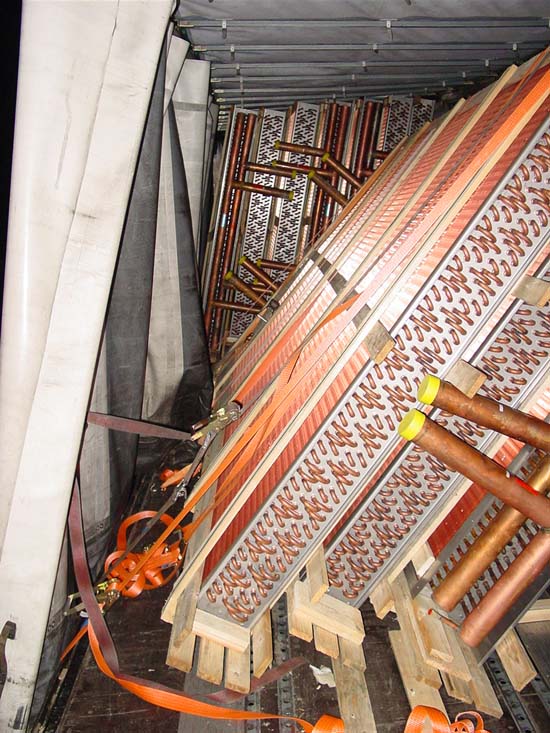 Figure 3 clearly shows that seven or even eight heat exchangers were placed next to each other towards the front of the vehicle. The tie-down lashings used resulted in a certain cohesion simply as a result of the increased friction between the individual heat exchangers (wooden packaging against wooden packaging). But it can be clearly seen that even these "load units" have already tipped to the right. The sheer numbers meant that they had a larger contact area and were perhaps able to gain support from the vehicle on both sides (bottom left and top right). The same principle applies here, namely either lash the individual units together around the middle and then secure them with tie-down lashings, or secure them completely using loop lashings.

Of course, friction is an issue here, as always. Friction always helps when securing a load, on the one hand it helps stop the load slipping along or across the loading area, but a high level of friction also "holds" the base of the load better if it begins to tip and prevents the load from slipping on the loading area in the opposite direction from the direction of tipping. 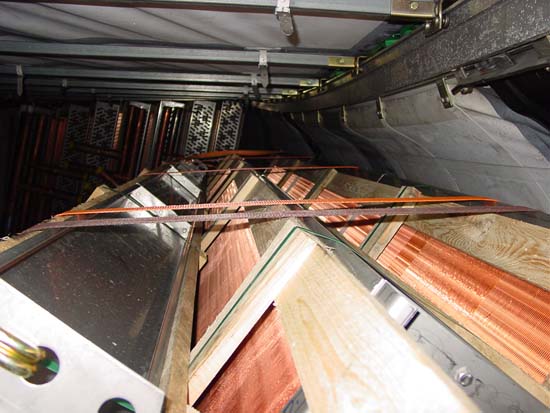 Figure 4 provides a good view of the load placed on the curtainsider superstructure. Because the curtain is secured to the roof structure of the vehicle, the load acts diagonally to the outside. You can clearly see that it has bent considerably both downwards and to the side. The group of seven or eight load units is at the front of the vehicle. Here again, you can clearly see how they are leaning against the roof structure of the vehicle. We assume that the presence of a belt hook in the load at the front right of the picture indicates that an attempt was made subsequently to pull the load upright again or to prevent it from tipping over completely.