This vehicle had to brake to slow down for traffic on the motorway. To be honest, that shouldn’t have been a big deal. But the state of the vehicle after this braking maneuver leads to the inevitable conclusion that the maneuver was anything but normal; or are we dealing with the laws of physics here? 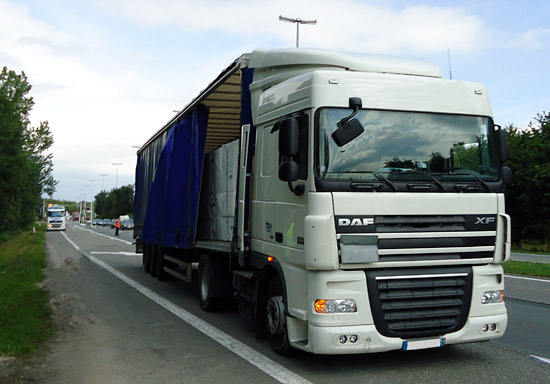 The vehicle is a perfectly normal curtainsider. We have no information about the strength of the superstructure, so we shall assume that the end wall had a securing capacity of 5000 daN. The load securing capacity available to the sides is of no relevance in this case, because the gap between the load block and the curtain is too large. 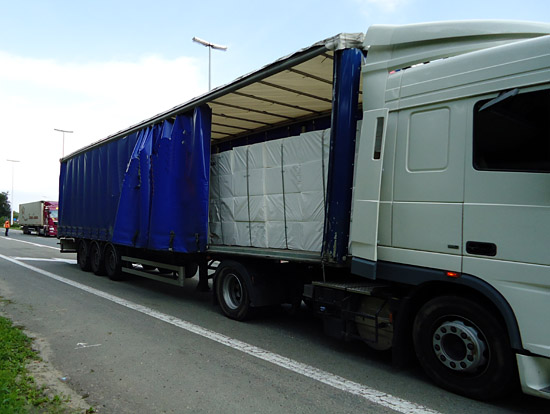 The vehicle is loaded with 24 tonnes of cellulose. According to the statements that we have available, the load block had been loaded as a tight fit to the end wall. There is no sign of any load securing measures. When the driver was interviewed, he is reported to have said that the load is so heavy that it should not (theoretically) have been possible for it to move. As a pretty experienced load-securing columnist, it would be easy to pigeonhole this case and allow free rein to ridicule and derision.

But sadly, this issue (the weight of the load and its apparent inability to slip) is far too serious. So where does this "superstition" come from? Quite simply, people find it very difficult to imagine that heavy weights that would be in possible for a single person or even for four or five people to move are able to move on their own. 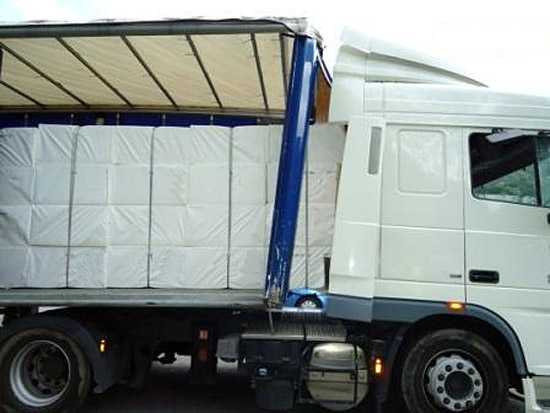 Unfortunately, the photographs are not particularly clear, but they are adequate to illustrate the problem. The load of cellulose, that was packaged in "rough paper", has a coefficient of friction μ of no more than 0.3. If the end wall actually provided 5000 daN of securing force, there was a shortfall of 7000 daN of securing force to the front. This simple calculation only applies, however, if the entire load block was actually loaded as a tight fit in itself and as a tight fit to the end wall. If this is not the case, dynamic effects must also be taken into account that generate energy which must also be absorbed when the load comes into contact with the end wall.

In this particular case, it is clear that the securing was insufficient. The end wall initially became deformed and then became detached across the entire width of the loading area. The load block was finally stopped by the driver’s cab. 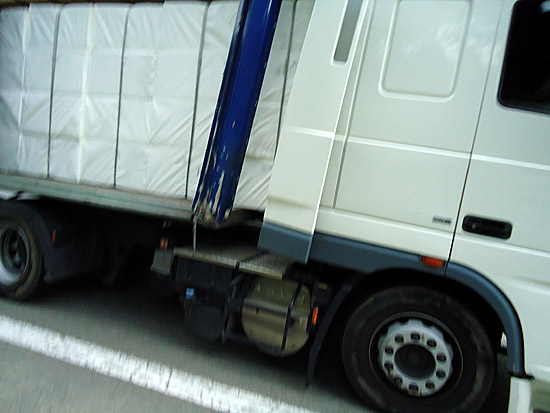 Friction and tight-fit loading are the most important aspects of securing a load. Friction always acts in all directions without the need for any further measures, and a tight fit also requires no additional securing measures. The load simply has to be loaded tight against the relevant components of the vehicle. Unfortunately, although in reality we really mean "thank goodness", the fact is that the vehicles run on tires that have a good, constantly improving coefficient of friction. One of the most important positive effects of this is shorter stopping distances when braking. If the load on the loading area has a lower coefficient of friction than the tires on the road surface, the tight-fit loading or additional security measures must compensate for this.

To return to the fact that people find it difficult to imagine heavy weights moving, it may be useful to put it this way: The truck has something like 450 bhp available to it in order to move, and the brakes are capable of decelerating the vehicle better than the vehicle can accelerate thanks to the good coefficient of friction between the tires and the road surface. All loads that are not standing on rubber have a "disadvantage" compared with the vehicle and have a tendency to slip when the vehicle brakes. Measures have to be taken to secure the load in order to compensate for this disadvantage. The best load-securing measure that can be taken is to put "rubber-soled shoes" on the load. Some people also use anti-slip mats.

The authors wish you all a safe journey every time!