Before they inspected this vehicle, the police officers didn’t know why it appeared to have a belly. In order to find out what was going on, they stopped the articulated truck to inspect it.

The tarpaulin (see Figure 1) was bulging outward by around 30 cm. This meant that the vehicle width had grown from the permitted 2.55 m to 2.85 m, which was no longer legal: 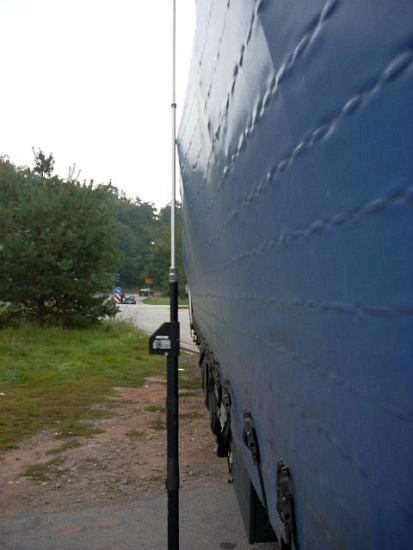 After the left-hand side of the vehicle had been opened, it became clear why the trailer had become wider. 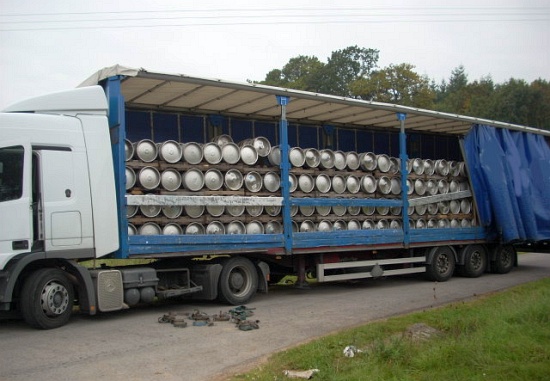 Empty beer barrels were being transported. These had been loaded in four layers on special pallets designed to ensure that the barrels were unable to roll.

Because the load had been loaded is a tight fit to the end wall, the barrels were unable to roll forwards in the direction of travel. The load was not loaded against the rear gate. As can be seen in Figure 3, there was a considerable gap here. 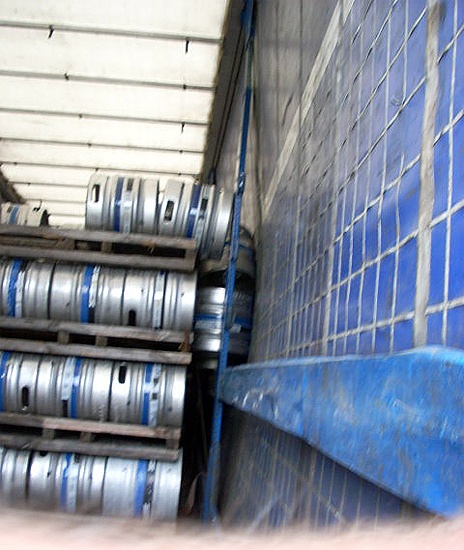 In order to prevent the load from slipping to the rear, the driver had attached a single (!!) belt to the right of a pallet on the penultimate layer (see Figure 4): 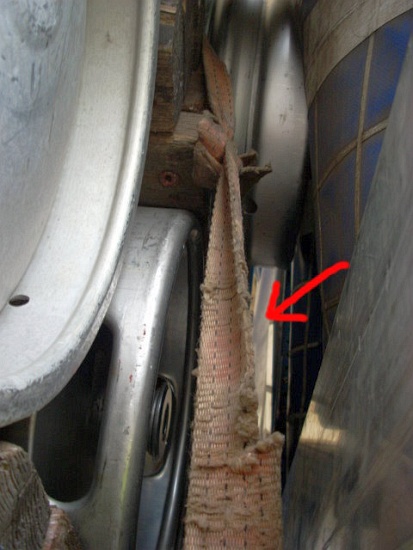 This belt was in a dreadful condition, as were all the other lashing materials in the material container (see the photos below).

The load was not actively secured in any other way.

This also explains why the barrels on the top layer were able to slip to the right. It was only the boards inserted to the height of the bottom two layers that were able to prevent the load from slipping laterally.

The top two layers were not secured at all. It was only the side sliding curtain that was, to a limited extent, in the way of the barrels. Because the trailer was a standard curtainsider, the superstructure is not designed to take on the task of securing the load.

This is apparent from Figure 3 (see above) and Figure 5, which show barrels that have slipped between the pallets and the tarpaulin. 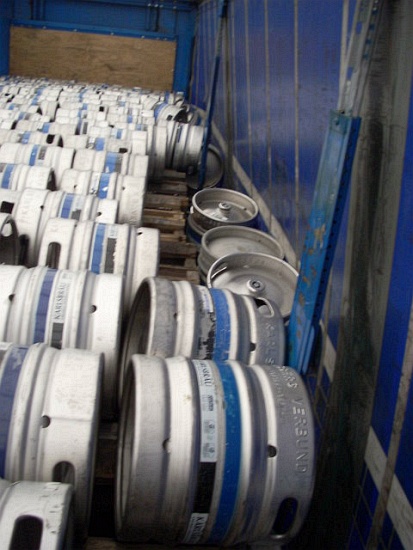 It is impossible to say whether barrels would have fallen onto the road during the rest of the journey. This depends on a number of factors that are not always under the driver’s control. Will he have to perform an emergency stop at some point? Is he negotiating a bend at precisely that moment or will he have to take avoiding action? Or perhaps the load could tip or slip to the left in a right-hand bend with the result that the tarpaulin would suddenly lose tension on the right and unhook itself. These are the most common scenarios in accidents with crates of drinks loaded on standard vehicles.

This vehicle made no unusual maneuvers during the course of its journey. It simply negotiated straightforward bends without any emergency stops.

The increase in width of 30 cm is in itself sufficient to ensure that this vehicle should no longer be permitted to continue its journey. This would require special permission, which would, however, not be granted for loads that can be separated and certainly not for loads that have slipped.

In the case shown here, the load had to be reloaded onto a different vehicle.

The load-securing materials that were on board were in such a frightful state that we show them here merely as a salutary example of bad practice. 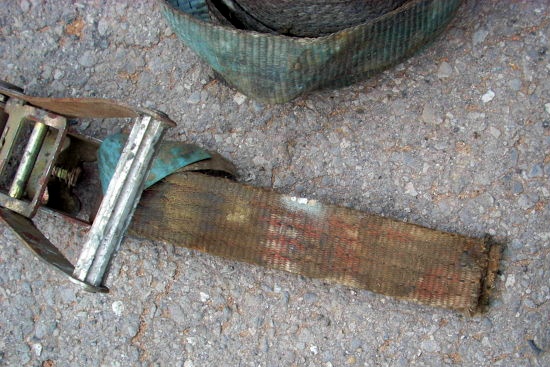 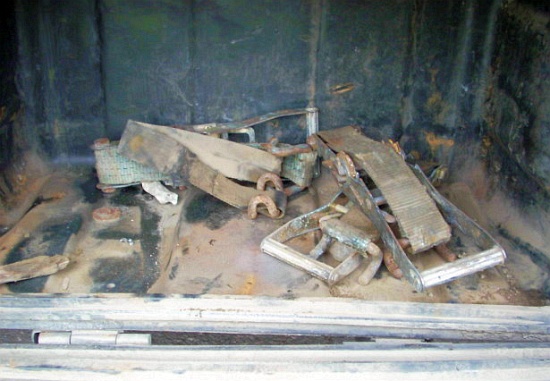 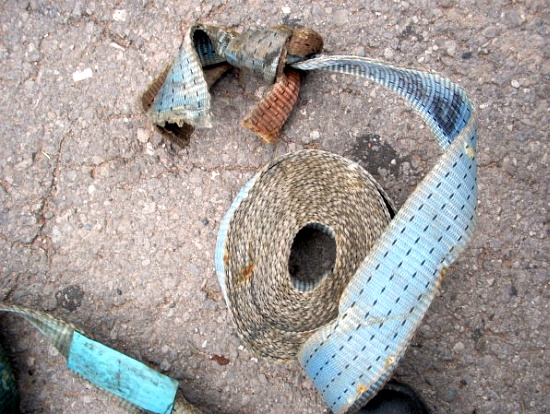 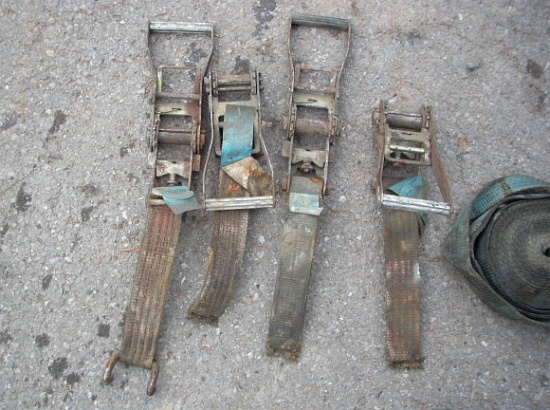 We shall waste no further words on the lashing belts. EN 12195-2 shows what they are meant to look like and describes when they should be taken out of service.

It goes without saying that all the belts shown here are ready to be taken out of service, i.e. they must be scrapped.

How can beer barrels be loaded safely?

To start with, it is important to combine them to form load units. This means that the beer barrels should form a single unit together with the pallets. This can be achieved using straps or by wrapping in film, for example.

Anti-slip material is laid out on the loading area, and only then are the first pallets loaded. The intermediate layers of the load must also be prevented from slipping.

In this case, head loops at the front and back should be used to ensure that the load cannot slip, or alternatively tarpaulins or nets should be placed over the load. These can then be lashed down or secured directly, depending on the design

If wide, hollow-section corners are placed on the sides of the load, the load can also be lashed down, provided that it has been loaded as a tight fit in the middle.

In this particular case, the decision was taken to transfer the load to a vehicle with rigid side panels.