Roof is stranger than fiction 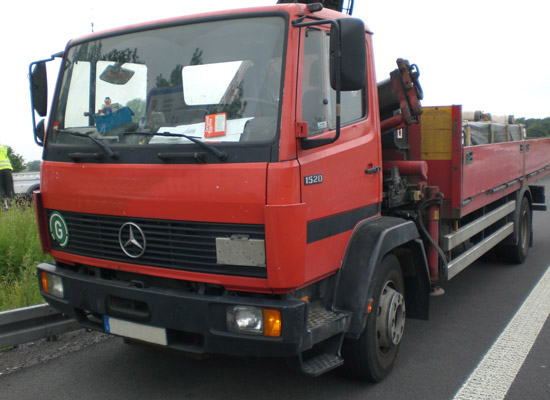 Looking at the vehicle in Figure 1, it seems to be a straightforward truck delivering building materials. There are large packages wrapped in plastic sheeting on the loading area that appear to be packages of lumber or boards. On top of these packages, we can see products in rolls, and the next picture reveals their identity. 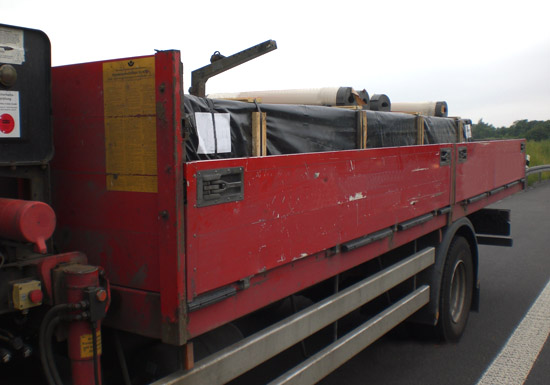 It indeed all appears to be building materials, and the rolls are roofing felt. 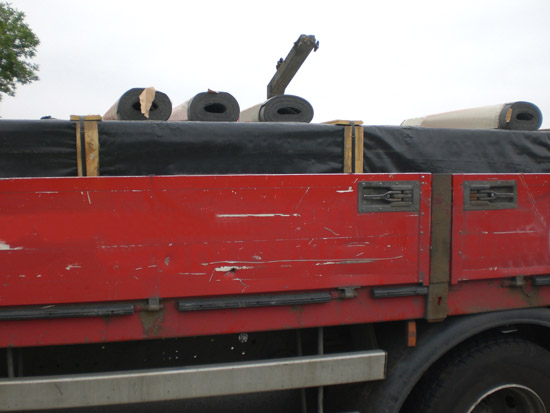 The closer we look at this load, the clearer it becomes that the driver, who may well have loaded the truck himself, took great care with securing the load, since the large packages are loaded as a very neat tight fit against the end wall. This in turn appears to be stable and well able to absorb the forces from an emergency braking maneuver without difficulty. 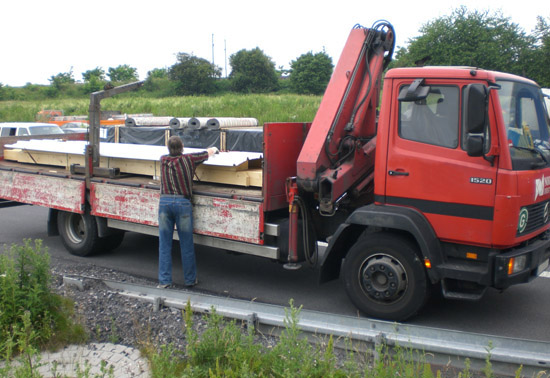 Only as regards securing the packages of lumber to the side were the loader and driver somewhat careless. They have completely relied on friction to take care of that for them. But they failed to use anti-slip materials or suitable tie-down lashings to cushion any vibrations of the vehicle and prevent them from causing the good levels of friction to be lost. Under these conditions, any load securing to the side is non-existent. The only tie-down lashings, that have deliberately only been applied gently, were intended to ensure that the plastic or sheet metal sections that were loaded on top of the wooden boards would not be swept away by a gust of wind. Any more significant pre-tensioning force would probably have damaged these sections, which means that no (further) tie-down lashings were used, presumably to "protect the load". 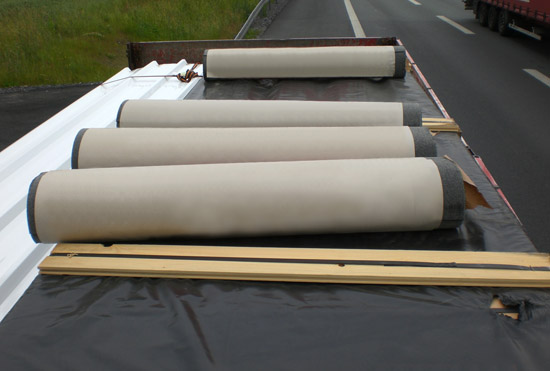 At the latest when we look at Figure 5, we can see that the driver was not as conscientious as the good tight fit of the lumber packages against the end wall would have us believe. The rolls on the top of the lumber packages are placed in the direction of rolling and, to cap it all, on top of the plastic sheeting, which hardly serves to improve the friction. We do not know whether this vehicle set off with more than four rolls. What we do know is that after the Police inspected the vehicle, these rolls were loaded differently, so that they could be secured properly, as were the lumber packages. So now we can wish everybody: