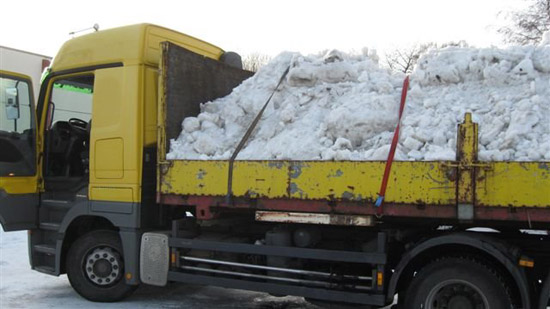 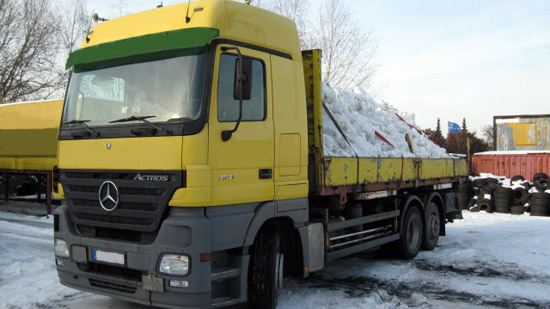 Looking at the first couple of pictures, our faithful readers may well be inclined to think that one of our fellow creatures wanted to secure snow with tie-down lashings – indeed, they may well already be wondering about the intelligence of the person responsible. 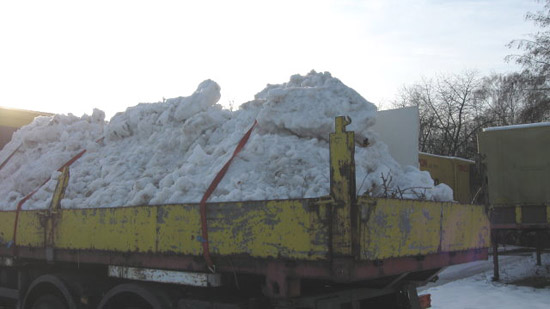 Far from it!
Even the second photo reveals that there is more to this attempt at load securing that meets the eye in the first photo. And the next two pictures reveal all. The person confronted with the task of loading as much snow as possible onto a clearly unsuitable vehicle at least showed some imagination. Inserting what appear to be sheets of pressboard significantly increased the height of the relatively small right-hand side wall, thus considerably increasing the supposed load capacity of the vehicle. 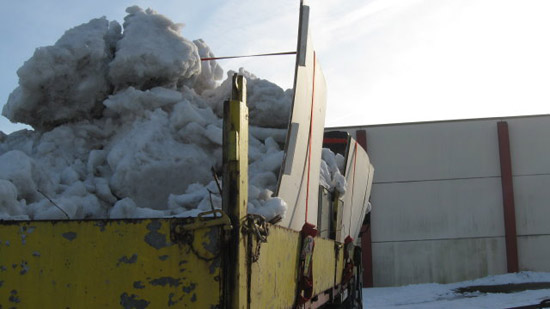 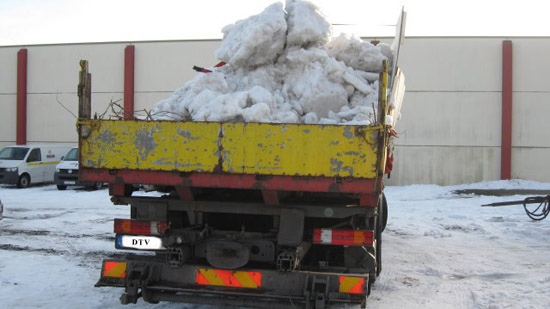 We do not know why they did not do the same on the left hand side of the vehicle. Perhaps it was because of the bent middle stanchion, or simply because there was simply not enough pressboard to go round. If we have a rational look at this attempt at securing a load, the first thing that strikes us is that the intended purpose of preventing the sheets of pressboard from snapping or bulging out too far beyond the side of the vehicle met with a modicum of success. But as soon as the snow began to yield a little under the belts, even this effect would have disappeared.

But let us assume that the loader had inserted stable sheets on both sides and "secured" them as shown. Would that have secured the load adequately? The answer is a resounding "well, maybe"!

What would the effect of these securing measures be if both sides are connected with a tie-down lashing as shown in the photo?

Let us break down the effect of the tie-down lashing into its component parts:

Summary:
An idiosyncratic method of loading, but an interesting thought experiment!