Between a rock and a hard place …


At first sight, this would appear to be a picture of a straightforward load of long logs. Only when you look a little more carefully can you see that the semitrailer is carrying not only spruce logs, but also boulders. 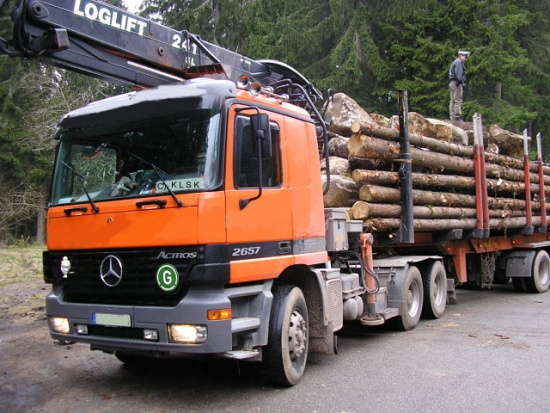 Necessity is the mother of invention. The driver wants to transport some boulders. To do that, he would usually need a dump truck. That is not the problem. The problem is that he needs a way of loading the boulders. A dump truck is not generally fitted with a crane. And this is where the truck tractor comes in. This has a suitable crane, but it is only pulling a semitrailer for transporting logs.

This is where inventiveness is called for! How can I construct side panels? 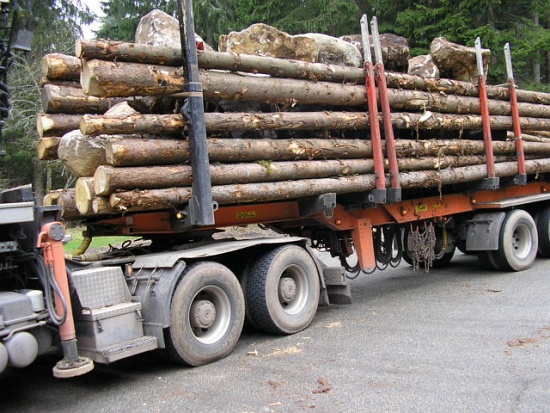 To start with, a few long logs were placed on the log trailer to form a loading area. Two or three logs were then placed against the stanchions at the sides. Slowly, a trough-shape is beginning to appear.

Now, the driver uses his special crane to load a few boulders onto the bottom logs. This presses the logs at the sides against the stanchions. 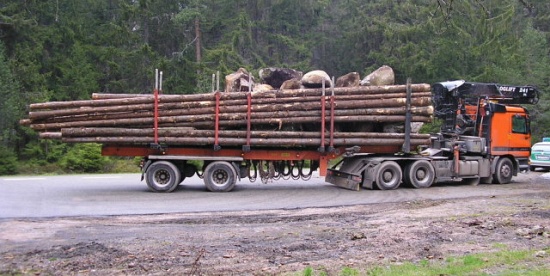 The result is not always ideal, as can be seen from the gap on the right side of the vehicle (see Figure 3). Logs and boulders are then loaded alternately until the top edge of the front stanchion is reached. That applies to the logs, at least. The driver continued loading boulders so that they protruded above the "biodegradable" side panels.

A view from the rear shows the trough filled with boulders: 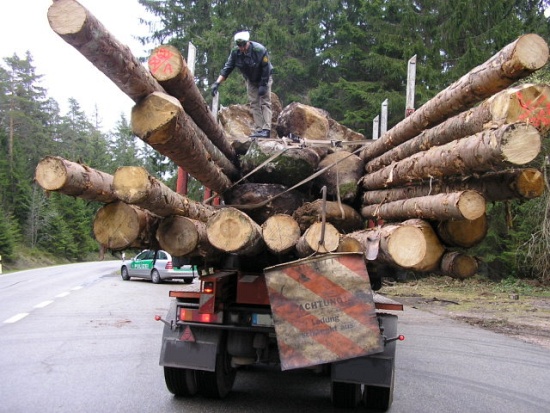 And a look at the front of the load is enough to turn your stomach. 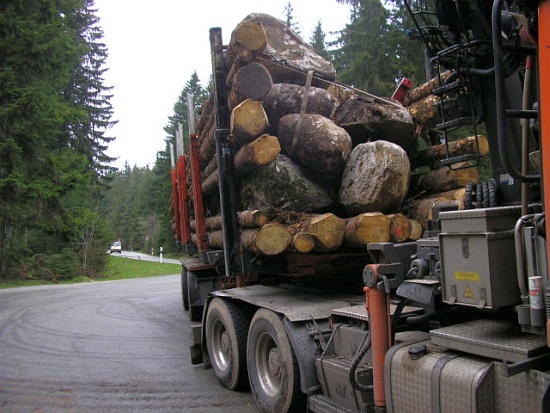 If you had encountered the vehicle while it was standing still, you may have thought that it was a construction project: A log cabin, perhaps, to be used as a "natural" trailer body.

But no, it was a mobile hazard that initially aroused the interest of the police officers because the driver was driving extremely carefully. It subsequently transpired that the the vehicle was travelling so slowly because of its weight. The truck and trailer simply couldn’t climb the hill any faster.


So what measures were taken to secure the load?

The pictures show a maximum of three lashing belts. These are attached in such a way that they support the stanchions, helping them to withstand the lateral load: 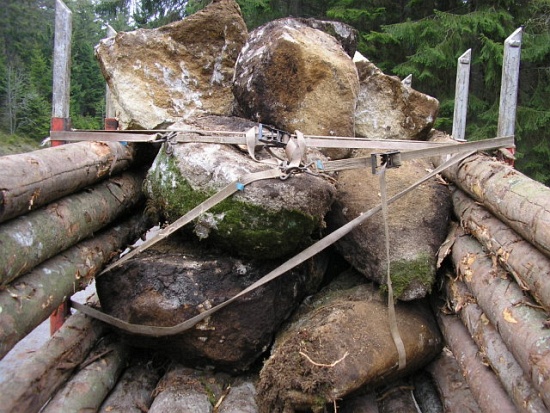 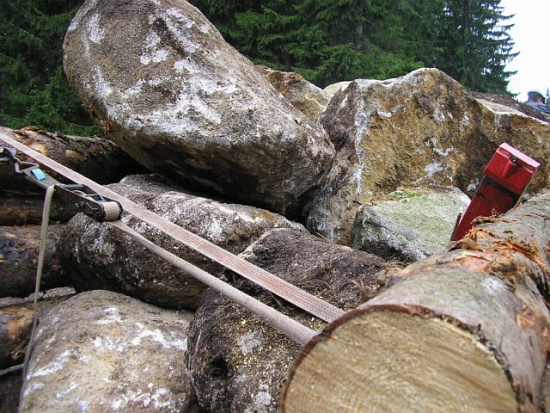 No other securing measures were in place.

The long logs, together with the boulders, are inadequately secured both in and against the direction of travel. An emergency braking maneuver would be enough to shed a number of the boulders from the front of the "loading area".

The articulated truck was simply accompanied to the nearest suitable stopping place and then taken off the road. The police officers involved did not even consider making the truck drive to a weighbridge because of the extreme risk, although this would undoubtedly have revealed that it was significantly overloaded, as indicated by the following two photos: 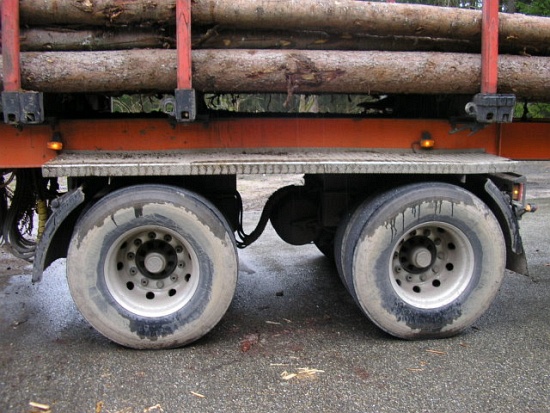 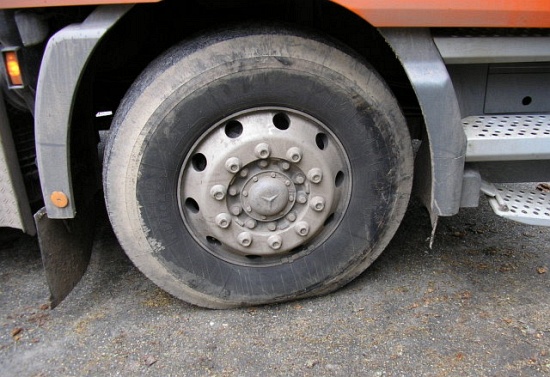 
How can this load be transported safely?

It can’t! At least not combined in the way it was done here. The boulders need to be transported on a suitable vehicle, e.g. in a dump truck with heavy duty side panels all round. A tight fit should also be observed on vehicles such as this. If the load alone does not allow a tight fit, a little improvisation is necessary, for instance using sand and gravel. The important thing is that the boulders are not able to move freely on the loading area.

The attempt shown here displays a high degree of creativity, but at the same time a staggering level of irresponsibility. By his carelessness and an ignorance of basic physics that borders on stupidity, he has not only put his own life at risk, but also that of other road users.