First trip – and we hope the last …
at least like this!


This was what the highway police officer who inspected this articulated truck thought. The driver informed him that it was the first of just under 150 trips. He was carrying 13 concrete slabs with a total weight of around 23,000 kg. A total of 2000 concrete slabs were still due to be transported off. 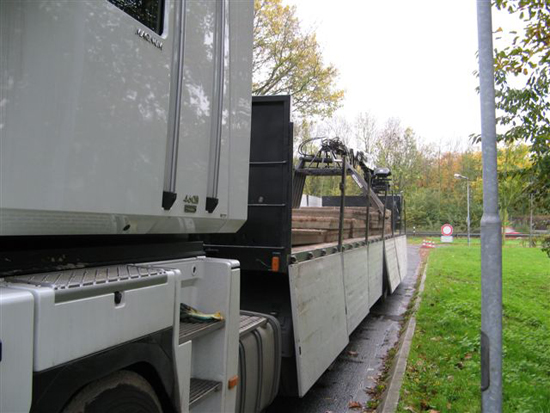 And how was the load secured? Not at all!!! It was simply loaded on the trailer. The loading area had not been cleaned off, neither had the dismantled concrete slabs. As Figures 5, 8 and 9 clearly show, there was plenty of sand on and under the load. The significance of this is clear to anyone who even only occasionally has anything to do with load securing:
In this case, the friction becomes a sort of rolling friction, which, as we all know, is far lower than sliding friction. A considerable amount of effort is needed to secure this load. 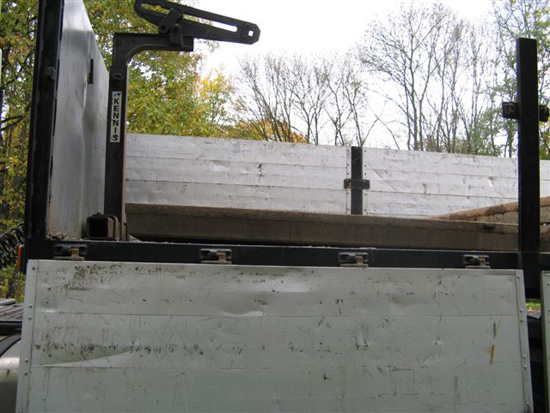 There is also a gap of around 15 cm to the sides (Figure 3). This figure clearly shows that the concrete slabs were loaded in a stepped arrangement from front to back. This will have been done to allow for a good load distribution.

However, this also means that each of the top slabs now have no tight fit to the front. If the slabs were to start moving under braking, they would build up kinetic energy relative to the loading area that would distort or destroy any obstacles in the way. 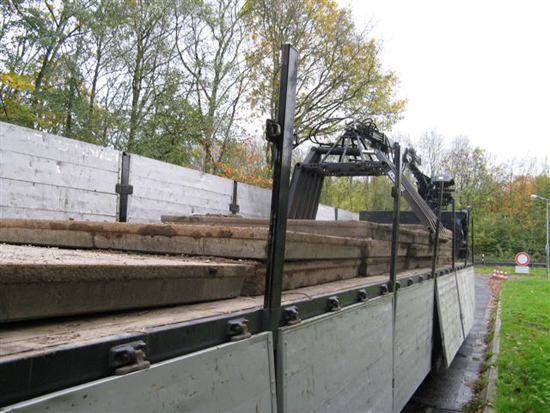 Why do people take such rash risks? Are the driver and loader unaware of the danger they are exposing themselves and other road users to by their actions? Does the registered keeper of the vehicle recklessly disregard the danger? Why has the driver not been given any load securing equipment? Is it simply ignorance of the danger, or is it a case of fast, efficient transport being carried out at the expense of safety?

Whatever the reason, if the driver did not already have the necessary knowledge of load securing, then he will hopefully make up for his shortcomings after this inspection. The loader and the transport company should take this inspection as a wake-up call to shoulder the responsibility of training their staff correctly, and structuring their organization in such a way that the necessary load securing requirements are constantly monitored.

The figures below speak for themselves. 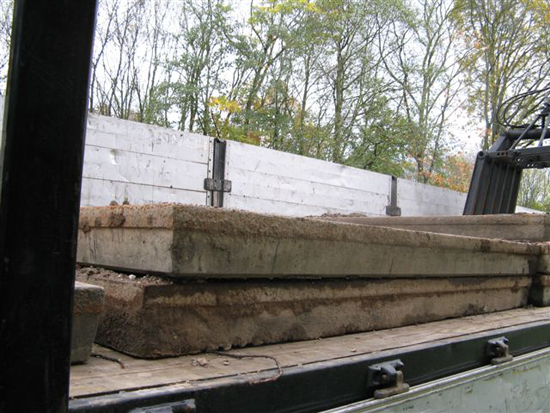 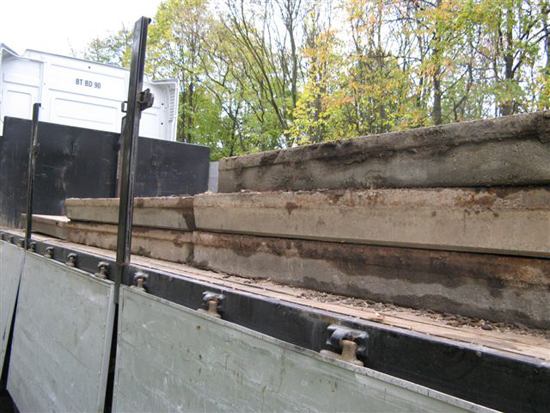 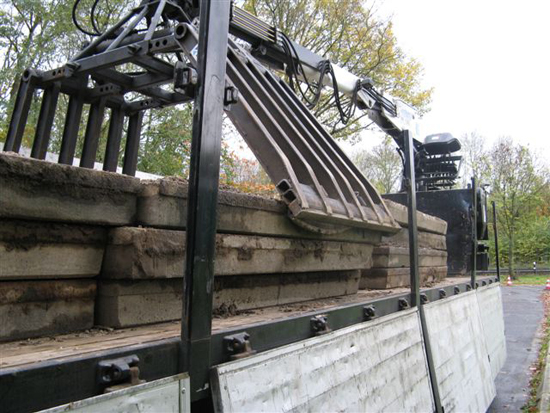 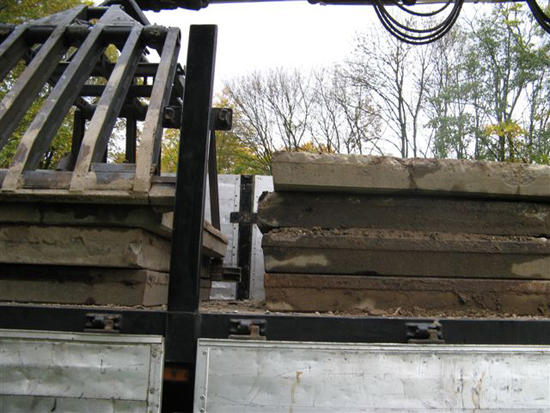 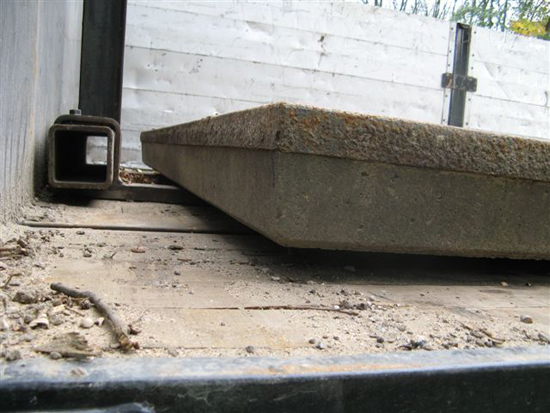 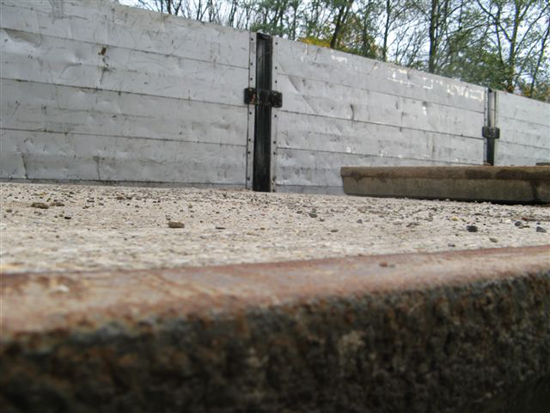 How can this load be secured in such a way that it does not represent any danger, either to the driver or to other road users.

It always makes things easier if you have a suitable vehicle available. For this load, it would make sense if the vehicle were fitted with sufficient stanchion pockets.

See the two diagrams below:

First, a top view of the loading area with the stanchion pockets.

Then the same loading area with concrete slabs and with the stanchions inserted to form the tight fit:

Securing the load is more complicated if only a standard vehicle is available. To start with, the loading area must be swept clean. Any sand or sand residue is taboo. The load itself must also be cleaned to prevent residual sand or soil from hindering the securing work. Friction-enhancing materials should be used between the loading area and the load and between the individual concrete slabs. A tight fit against the end wall to the front would be an advantage. If this is not possible, any gaps should be filled with squared lumber, for instance.

If this also is not possible, the load can be secured in and against the direction of travel using loop lashings. The Photo of the Month for December 2009 shows how to attach these loop lashings.

If anti-slip materials are used, simple tie-down lashings are sufficient for securing to the sides.

We can only hope that this inspection has caused the driver, the loader and the carrier to mend their ways.