If you are working for an inspection agency, you are often fortunate enough to see unmistakable evidence of the fact that the laws of physics are clear, correct and reliable. And that was the experience of one colleague who inspected a vehicle and kindly made these photos available to us. The vehicle had not been involved in an accident, nor had it had to brake sharply. Indeed, according to the driver, it had simply been traveling on the roads perfectly normally. 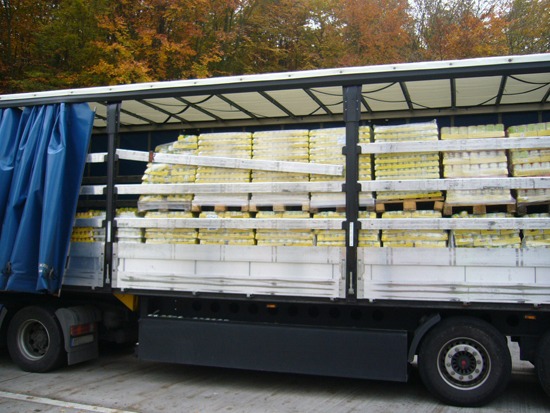 The vehicle was loaded with two rows of load units from front to back. As of the first stanchion, the load had a second tier. For reasons of load distribution, a gap had been left between the end wall and the first part of the load on the second tier.

In this case, it would appear that load securing was expected to pretty much take care of itself. The only load securing equipment used were two retaining boards. Retaining boards are aluminum boards (usually telescopic) that can be jammed against the removable gates of the trailer using handles. The securing force provided by such retaining boards would be somewhere between one and two hundred daN or a little more at the most in the direction of travel. This particular retaining board was expected to take on the job of securing the load on the second tier: a load of at least 14 or more load units of food cans. Comparisons with the story of David and Goliath are quite justified.


The effects of physical laws

If you look at the retaining board and the incredible weight of the load, it is not difficult to believe the driver when he says that he did not have to perform an emergency braking maneuver. After all, given this constellation, the results of such a maneuver would undoubtedly have presented an entirely different picture. As expected, the retaining board has been bent (see Figure 2) and the removable gate on the left-hand side of the vehicle (see Figure 1) has been pulled out of its pocket in the stanchion.
The "load securing measure" tried its utmost. 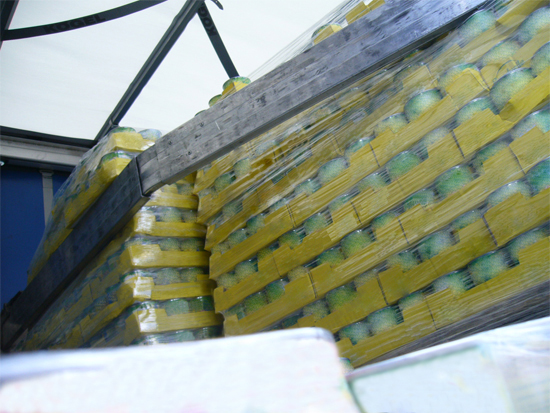 
Figure 3 below clearly shows that twice as much attention was paid to securing the load to the rear than to the front on this vehicle. For some inexplicable reason, two retaining boards were used to "secure" the load here. We have marked the top retaining board with a red arrow. Here we can clearly see how far forward the load has slipped, even after this braking maneuver. 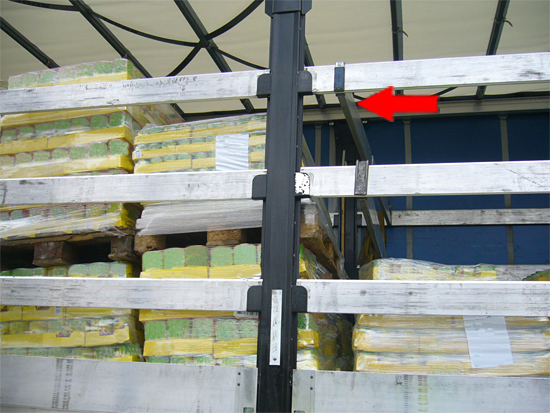 
Figure 4 shows how the load behaved during braking. The load has become deformed, compressed and escaped from the load unit without difficulty. The wave-like patterns of the cans remind one a little of a liquid load: 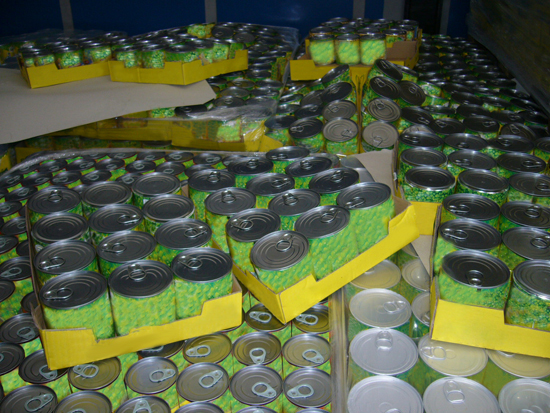 And an assessment of the load securing on the second tier is also quickly made, as only three retaining boards were used, and apart from this, an attempt was made to "hide" the load from the laws of physics under a tarpaulin. Figure 1 shows very clearly that the load units of the second tier have slipped forward. In doing so, the upper load units have not simply slipped forward on top of the lower load units, but the bottom load units have also been deformed badly. If the truck had needed to perform an emergency braking maneuver coupled with evasive action, the load would have spilled into the gap at the front like so much bulk cargo. The load units would have slipped forward and to the side and would either have caused the truck to tip over or would have penetrated the tarpaulin, that is only able to secure a 6 % homogeneous load over the entire surface of the load.

This transport and the way in which it is secured represents a real and present danger that road users should not be expected to put up with.

Ignoring the fact that the load securing requirements were completely misjudged with this load, the fundamental fault lies with the load units themselves. Each of the load units comprise twelve food cans placed in trays and then stacked. When forming the load units, these trays were interlocked, but this did not result in a stable load unit.

If load units such as these are to be stacked, they must be sufficiently stable. This can be achieved by loading the cans in stable trays or even better in folding cartons. If stable trays are used, a stable layer of cardboard must be used as an intermediate layer over each layer of cans and the next layer must then be built up above this, also in an interlocked manner. Once the pallet has been fully loaded, it must be bound together to form a load unit using stable edge protectors and straps. Only after load units such as these that are capable of bearing a load have been formed can they be stacked.

Stacked, stable load units can in turn be secured using friction-enhancing materials and tie-down lashings. Tie-down lashings can damage the edges of the load units as a result of pressure from the belts. The load units must therefore be protected by edge protectors that are as long and wide as possible in order to distribute the pressure.

If further securing is required in the direction of travel, the load can be protected by a plywood sheet or by pallets through which at least two lengths of squared lumber have been passed. Loop lashings or direct lashings can now be applied without the risk of damaging the load.