Even the police get the blues


It’s not uncommon for police officers on German roads who are inspecting vehicles transporting hazardous goods to get the blues. In this case, the blues are usually the blue plastic containers such as drums and cans of all shapes and sizes, all of which have passed their hazardous goods packaging inspection with flying colors, allowing them to be transported on the roads of Europe. Despite the many advantages offered by such containers, they almost drive loaders, drivers and inspection authorities to despair. With the best will in the world, it is a difficult task to combine these flexible marvels to form a stable cargo unit or even to secure them effectively.

Somewhere it has even been written that hazardous cargos in particular should not move at all when being transported by road. Looking at the following pictures, however, the brow of the load securing columnist is liable to furrow as he stares into a bottomless pit of load securing difficulties. 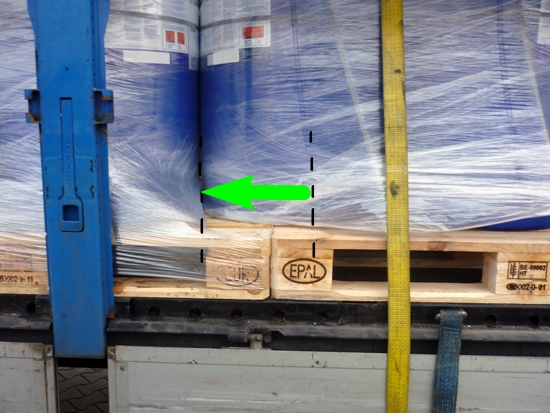 
There can be no doubt that a shipper has given this a lot of thought. The drums were placed on Europallets in pairs, fitted with edge protectors, strapped to the pallet with straps (probably plastic, although we know nothing about the thickness) and bundled. To combine all this to a cargo unit of some description, it was wrapped with plenty of stretch film and possibly (this cannot be definitively clarified) covered with a plastic hood. These work-intensive cargo units were then sent on their way. But before the journey started, the conscientious driver secured the load. Given the fact that the cargo units were clearly flexible, the driver used his removable slats to distribute the load applied to the corners of the cargo units by the belts: An approach that deserves due credit. So the question arises whether the driver is at fault in any way in this case. Given the robust appearance of the securing with straps, edge protectors and plenty of stretch film, he could with some justification assume that the cargo units were stable, or at least appeared to be so. Not only that, the pallets were in contact with each other, both to the sides and to the front. Side walls were in place, so that the load was a tight fit to the side and to the front, and the tie-down lashing provided a further level of securing. So there was nothing to stop him from shutting up the side walls, closing the curtain and setting off with a clear conscience.

We do not know exactly what happened on the journey. But it is a fact that there must have been one or more acceleration maneuvers in a longitudinal direction. No accident occurred, there were no leaks, and according to the driver’s statement, no emergency braking was necessary on the journey. But if you now look at Figure 1, you can clearly see that the load has slipped 40 cm or even 50 cm forwards on the pallet. The horizontal strapping on the drums has held. Even the vertical lashing, which is now at an angle of approx. 75-80° shows that it coped with the demands placed on it. Last but not least, the stretch film also held.

Nevertheless, it was not able to fulfill its primary function, namely to form a cargo unit in such a way that individual components of the load could not escape from the cargo unit. Even without an emergency stop, the drums managed to slip from the pallets. At the unloading terminal, these drums would give the loaders the blues and present them with a serious challenge. 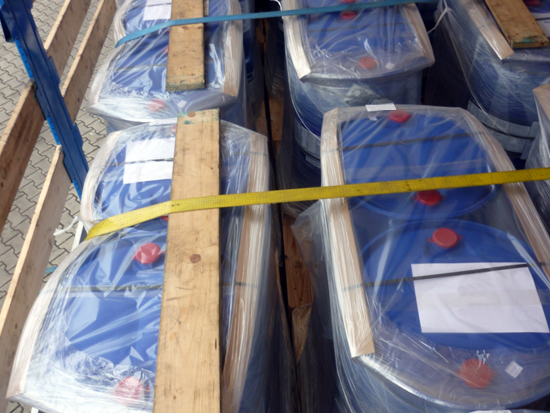 
The gaps in the load between the individual cargo units can be clearly seen, both to the sides and to the front and back. Only the pallets themselves formed a tight fit. If the cargo unit had actually been stable in itself, this method of tight fit loading would certainly have been deemed to be secure. Unfortunately, as we have already seen in Figure 1, the load slipped considerably on the pallet.

And a word about the tie-down lashing. Is it even possible to secure cargo units like this effectively with tie-down lashings? The answer is a resounding "maybe", and falls into several parts.


So how can loads like this be secured effectively?

If the load is made up completely of these "blue marvels", they can be stowed individually on the loading area, provided that the filler pipe is not in the way, covered with boards or pallets and then secured with tie-down lashings. Observant readers of our column will correctly object that the drums in the middle in particular are not restrained by the tie-down lashing and can be forced up out of the load during braking. That is correct! The only way of countering this is to place several pallets on top of each other in the middle in order to generate the necessary force with the tie-down lashing.

Despite all this, experiments have shown that it is not possible to transport and secure plastic cans and drums as flexible as these as complete loads on semitrailers. The load must always be divided into sections. These depend on the size, flexibility and form of the drums and cans. 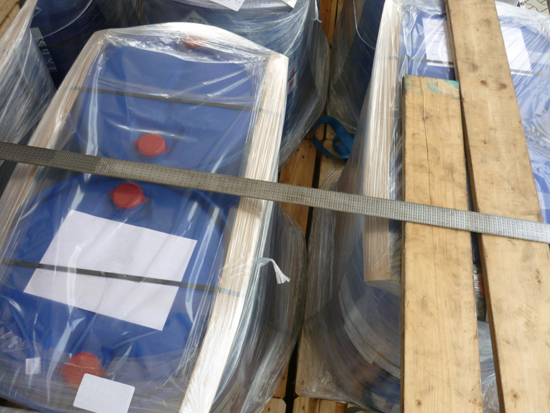 
Figure 3 again clearly shows how far the drums have moved on the pallets and how large the gaps between the individual drums are. Ultimately, it is clear that this load has moved far too far and that no reasonable cargo unit was formed. We shall leave aside the issue of whether the driver should have recognized that the cargo units had not been well formed. If he had recognized the problem, his job would have been far more difficult, as he would have had to give the loader a lesson in how to form cargo units, and the latter would undoubtedly have responded by sending him off the premises with no load at all. 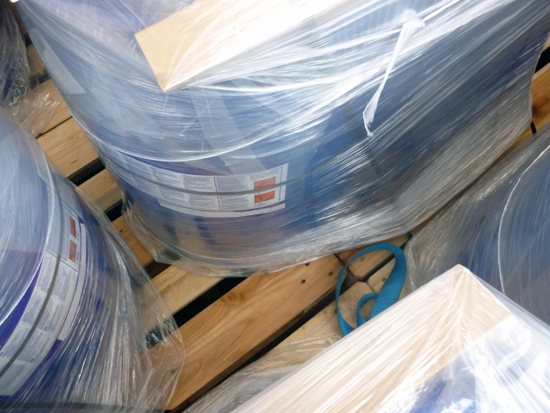 
It is utopian to believe that loads do not move or that they can be secured in such a way that they do not move. Loads always move! The load itself moves, it moves in the cargo unit, in moves under the load securing equipment and the load securing equipment moves. The only question is how far and at what speed and how is it restrained during this movement. If the drums had only moved by two or even five centimeters, there would have been nothing to worry about. It only remains to ask what a cargo unit would need to look like to meet both load securing requirements and current directives. This would mean that it would have to withstand an acceleration of 0.8 g in a longitudinal direction and that could cause a severe case of the blues, in particular if the loading area is not systematically divided into sections.