A short traffic queue had formed just before an Autobahn intersection. The first of two articulated trucks had no problems adjusting its speed to the situation. The end of the queue took the second vehicle by surprise and caused it to brake. It should be noted that according to the driver, he "didn’t even have to brake particularly sharply, just a little more heavily than usual." Faced with this slightly heavier braking maneuver, the entire load felt the urge to leave the comfort of its accustomed surroundings and make its way towards the end wall. The load was made up of 26 zinc ingots, each weighing around one tonne. Seven of these dropped onto the road and damaged the surface slightly. The first two zinc ingots broke through the end wall and one of them dropped between the tractor unit and the trailer, causing it to become blocked. 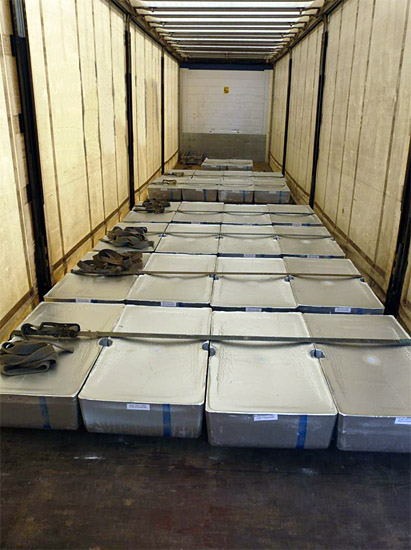 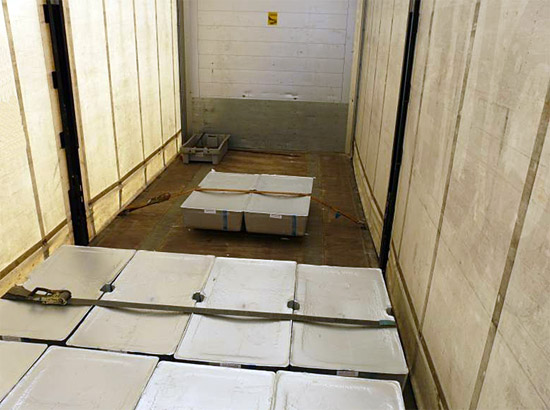 
The vehicle that was used was a curtainsider that is by its very nature not particularly suited to transporting zinc ingots. Those responsible for loading this cargo must have been of the same opinion and therefore put some load securing measures in place. In order to distribute the load, it was divided into three blocks. The first block was made up of two ingots and was loaded in the center of the vehicle, 2.2 m behind the end wall. The second block was made up of eight zinc ingots and was loaded approximately 1 m behind the first. This was followed by a further block of 16 ingots 1 m further behind (Figure 1). From the point of view of load distribution, this method of loading is understandable, even though it is not entirely clear why gaps were left between the individual load units. The sketch below indicates how the cargo was loaded:


The securing method selected was the dreaded tie-down lashing. A total of seven lashing belts were used, of which "only" one was fit to be scrapped. Even though some of the zinc ingots had very sharp edges (Figure 3), few edge protectors were used. The loading surface was wooden. Anti-slip materials were not used. The pre-tensioning force of the load-securing materials was measured at < 100 daN. 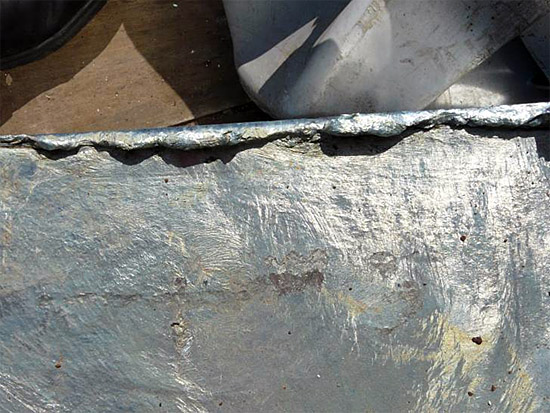 If we look at Figure 4, nothing remains of the orderliness of the original load as shown in Figure 1. Of the 26 zinc ingots, 24 managed to make it to the end wall or to the road. Even though this was not an emergency braking maneuver, the ingots broke through the end wall. Some of the ingots fell onto the road. 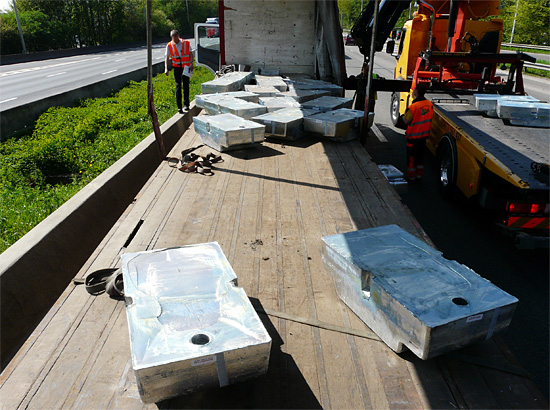 
Figure 5 shows a close-up of the chaos at the end wall: 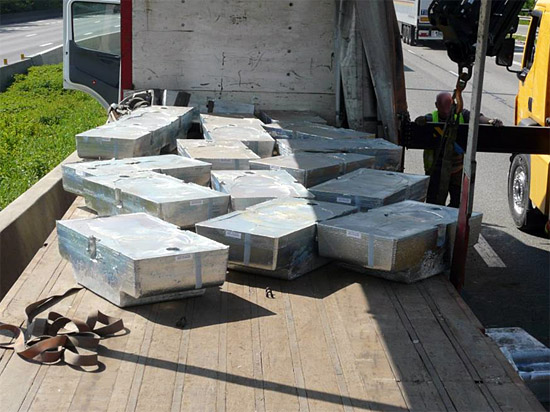 
Figure 6 is an impressive demonstration of the complete lack of respect that zinc ingots have for an end wall once they start moving: 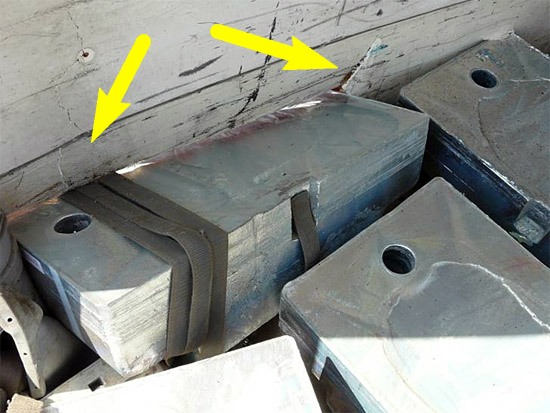 What mistakes were made here?

Although the efforts to take account of the distribution of the load were laudable, little or no attempt was made to correctly assess and account for friction. With a wooden loading area that also appears to include metal components (see the longitudinal stripes in Figures 4 and 5), the maximum coefficient of friction µ that can be assumed is 0.2 – 0.3. If the coefficient of friction cannot be guaranteed, we recommend that the lower value is always assumed, in particular when such considerable weights are involved.

The lashing belts were exposed to the sharp edges with virtually no protection and had not been pre-tensioned to a particularly high level, presumably out of great foresight. Even if the outer zinc ingots were secured somewhat by the belts, the inner ingots, 14 in all, were simply resting on the loading area entirely unsecured.

Supposing that all the belts were pre-tensioned with a force of 100 daN, and if we ignore the angles and the losses at the edges (K value), and if we furthermore assume an (irresponsibly) high coefficient of friction µ of 0.3, this load of more than 25 tonnes of zinc ingots was secured with no less that 420 daN. If we take into account the coefficient of friction described above, the load securing measures that we see here manage to meet 3.5 % of the 12,500 daN securing force required for this load.

Even loads of this kind can be secured without difficulty using tie-down lashings. If heavy duty mats with a coefficient of friction µ of 0.6 are used, the zinc ingots can be loaded as a tight fit and can also be stowed as a tight fit against each other. Of course, correct distribution of the load has to be taken into account here.

If heavy duty mats can also be used in the second layer, each of the four-tonne load blocks can be secured with a vertical force of 2 x 667 daN. Unfortunately, we here are not in a position to judge the resulting angles. It is therefore only possible to point out that the angles must be taken into account when choosing the tie-down lashing and the pre-tensioning force. It can, however, be assumed that sufficient pre-tensioning force can be applied to secure the load using tie-down lashings only, provided that long-lever ratchet tensioners are used and, of course, suitable protective sleeves are in place.

If the zinc ingots on the second layer are only separated from those on the first layer by rough-sawn lumber, too much effort is necessary to secure the load with tie-down lashings only. Sufficient securing force to the sides and to the rear can be achieved with the tie-down lashings described above even if rough-sawn lumber is used at a coefficient of friction μ of 0.4. To ensure that the load is adequately secured to the front, additional loop lashings around the front of the second layer are necessary (see the diagram below). When loading, great care must be taken to ensure that the zinc ingots are loaded as a tight fit, i.e. as much material as possible must make contact. To guarantee that the loop lashings reliably restrain both rows of zinc ingots, it must be certain that a single loop lashing is capable of encircling the end of the ingots reliably. If there is the slightest risk of the lashing slipping down, pallets or other stable lumber barriers must also be incorporated in the securing measures to ensure that the loop lashings are effective.


Figure 6 suggests that the zinc ingots are not only shaped in such a way that they ideal for being transported with a fork-lift truck, but also that they are slightly convex towards the bottom. This means that they are ideal for stacking and can also be separated from each other with respect to friction using heavy duty mats without the heavy duty mats being damaged by the sharp edges when the ingots are stacked. It is of course possible to secure loads such as this with loop lashings. In this case, however, the large number of ingots, coupled with their shape, means that even if they are stacked, far more loop lashings would be necessary than tie-down lashings. 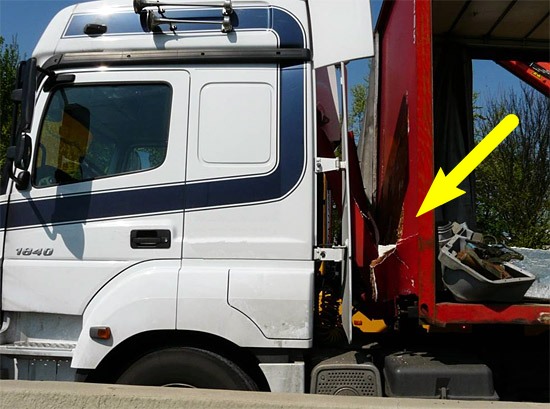 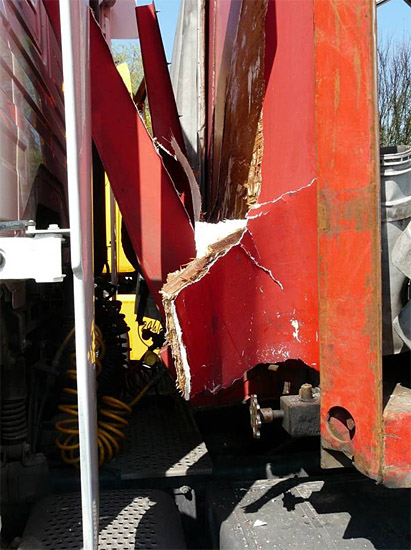 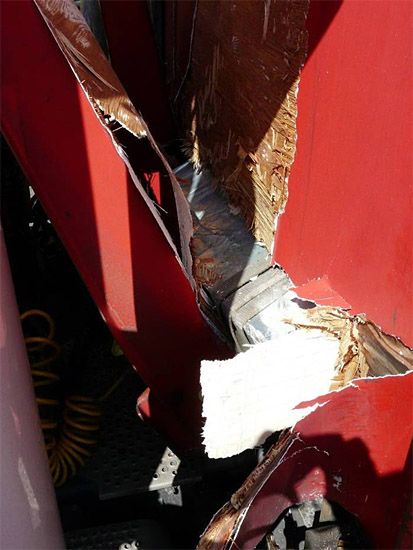 
Figures 7, 8 and 9 clearly show the damage a zinc ingot like this can do. The potential effects of ingots like these do not bear thinking about if the driver had braked in a bend with oncoming traffic.


This lashing belt was fit for scrapping before the incident and was useless against the sharp edges of the zinc ingots, despite the low pre-tensioning forces. Even though textile belts offer many advantages with respect to handling, it is absolutely crucial that they are protected against sharp edges when they are used.