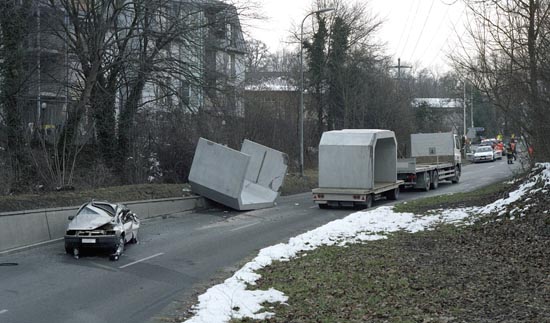 
The accident described below happened in Switzerland in 2005.

Inspection of the tachograph disk showed a loading time of approx. 4 minutes, a transport time of 5 minutes and an unloading time of approx. 3 minutes. The return journey also took 5 minutes. Even a cursory glance at this transport scenario quickly shows the economic rationale for losing no time in securing the load for such a short journey. If, on the other hand, you look at the consequences of failing to secure this load, the ramifications of underestimating the physical interrelationships during transportation become tragically clear. 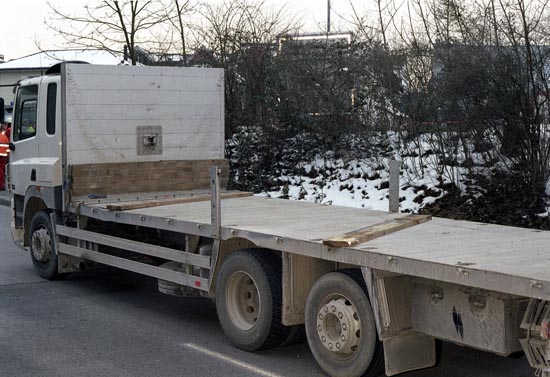 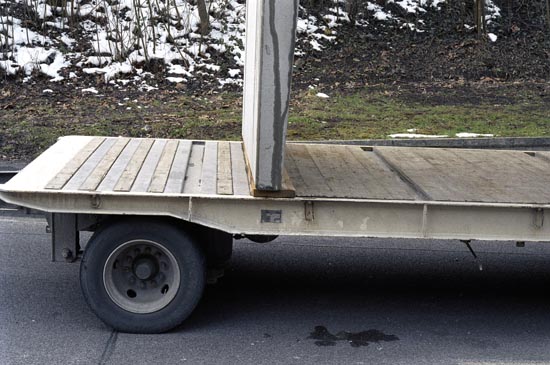 
The only load securing measure that was taken was to place lumber planks underneath the load to protect the load and perhaps increase friction.

Figure 4 shows an overview of the scene of the accident. The high center of gravity of the load has a negative impact even in this long, right-hand bend. 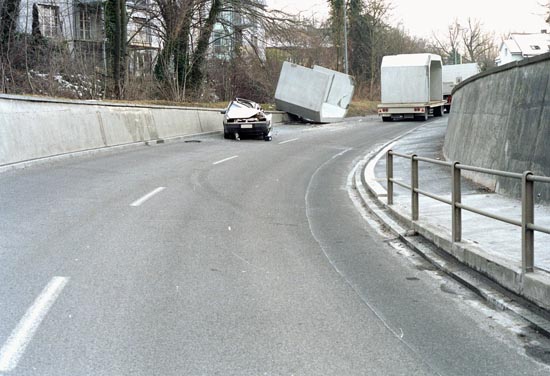 
Securing the load:
Before considering securing a load like this, some thought should first be given to whether it would not be possible to rotate these elements by 180°, thus positioning the center of gravity far more favorably. A large supporting area, as was attempted using the wide wooden planks, combined with friction-enhancing mats and arranged as a sandwich element provide a very good starting point for further securing. If such elements are transported regularly, it is worthwhile to equip a vehicle specially for this load and its dimensions. By inserting stanchions in the loading area and loading against the side edge of the loading area it is possible to achieve a tight-fit load. If a tight-fit load is not possible, loop lashings to the side, to the front and to the back combined with the friction-enhancing measures mentioned above allow safe transportation.