Here are two examples of how the car on a car trailer can become a load. By their very nature, cars have one peculiarity. They are sprung loads rather than rigid loads. The only part that is not sprung is the small section of the running gear that includes, among other things, the wheels. Everything else is in motion, and as a rule, even the tires are filled with air and anything but rigid. In the case of professional transportation on trucks, professional load securing is the norm in the vast majority of cases. On the one hand, this is in the interests of the driver, but it is also in the interests of the factories producing the cars, and the value of a new vehicle speaks for itself and suggests that the securing will be good. 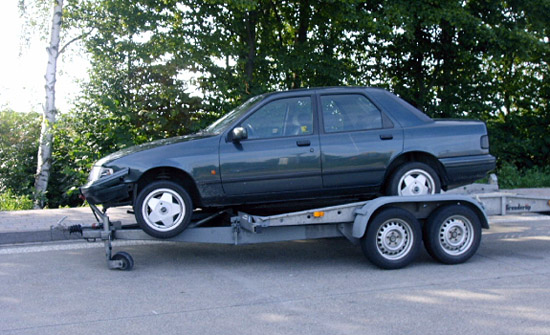 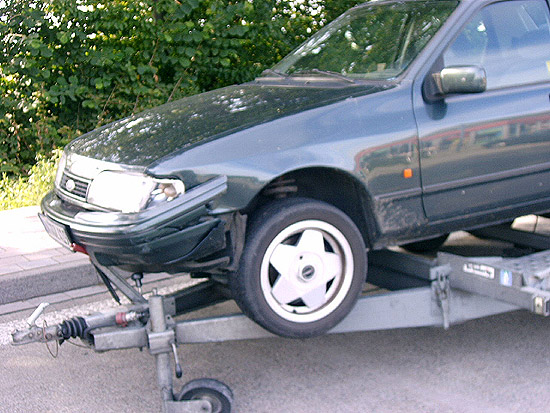 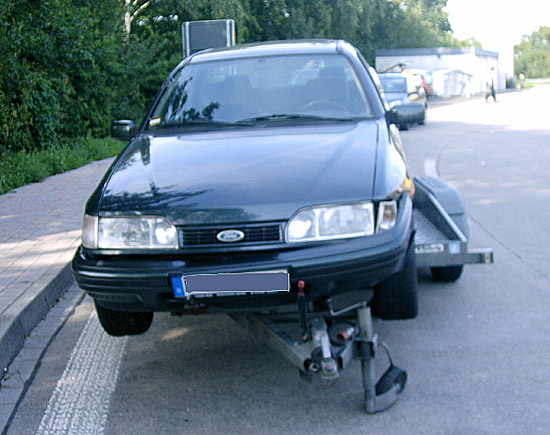 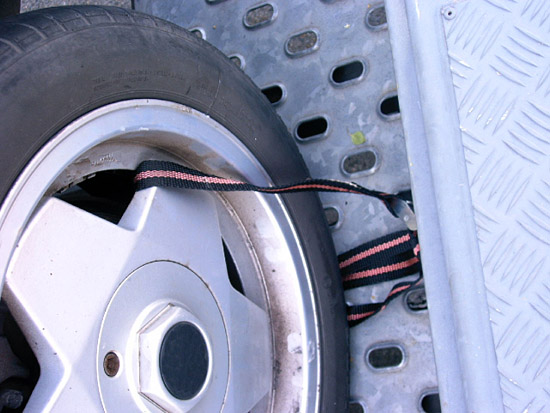 
When it comes to transporting cars privately, this all seems to be rather underestimated, to say the least. In the first example (Figures 1 – 4), the vehicle being transported leapt onto the drawbar like a frog during a braking maneuver and in the process damaged both the trailer and itself. The second example (Figures 5 – 10) shows a vehicle that slipped from the trailer suring a skid. We do not know what braking and driving maneuvers led to this damage. We merely know that it was not the result of collisions with other vehicles, and thus falls into the category "own damage".

If we look for load securing materials or any other attempts to secure the load on the first vehicle, we simply find a belt of the type used to prevent a piece of luggage from bursting open inadvertently during a flight rather than to secure a vehicle to a trailer (Figure 4).

In the second example, you can see that the wire rope of the loading winch has been engaged. We shall skim over the effectiveness of this method for load securing. On the left of the vehicle, a professional lashing belt has somehow been muddled round the tire. 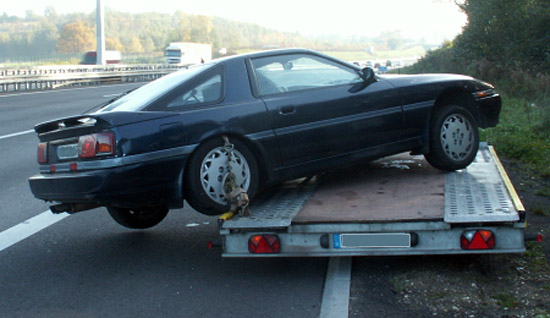 This belt (Figure 5) must have been attached subsequently, because we assume that the vehicle was originally loaded differently. 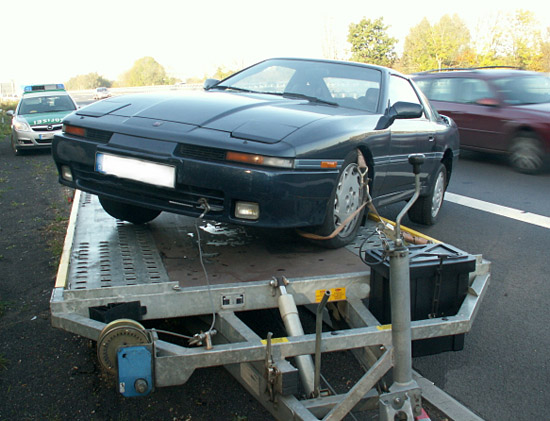 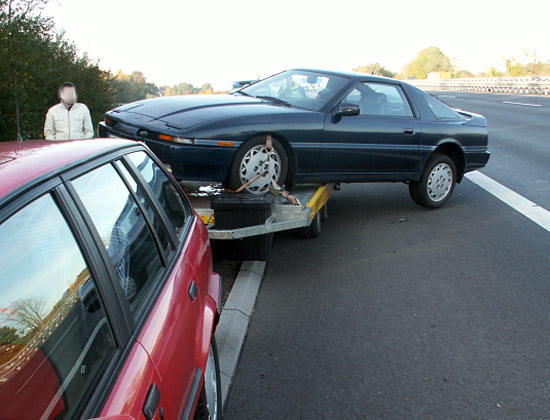 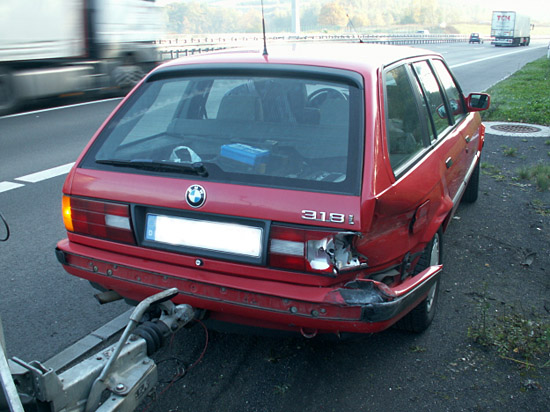 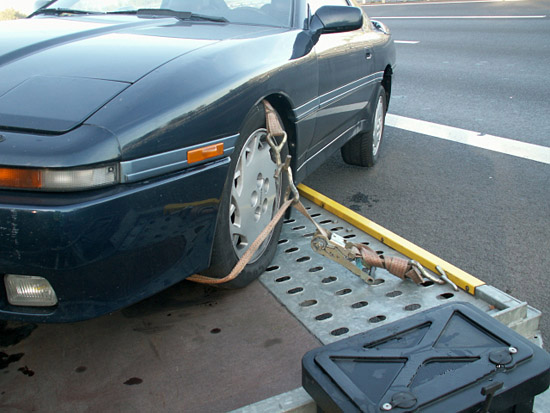 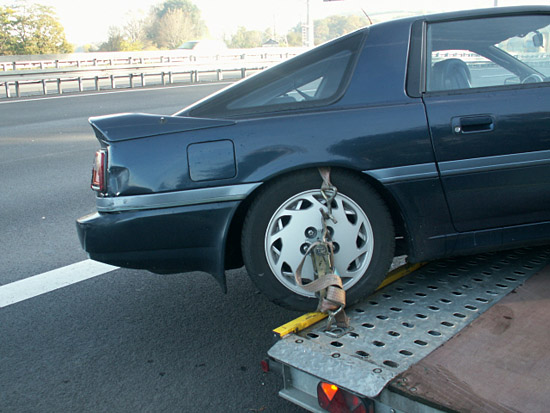 
Professionals secure vehicles like this with adequately dimensioned stirrups and suitable three-point belts. If this load-securing option is not available, cars must be secured in the same way as normal loads in all four directions. One particular problem in this respect is that it is frequently not possible to use the towing eyes to secure the sprung load. Even when the load is secured through the rims, it is possible for damage to result, and furthermore, errors are very common.